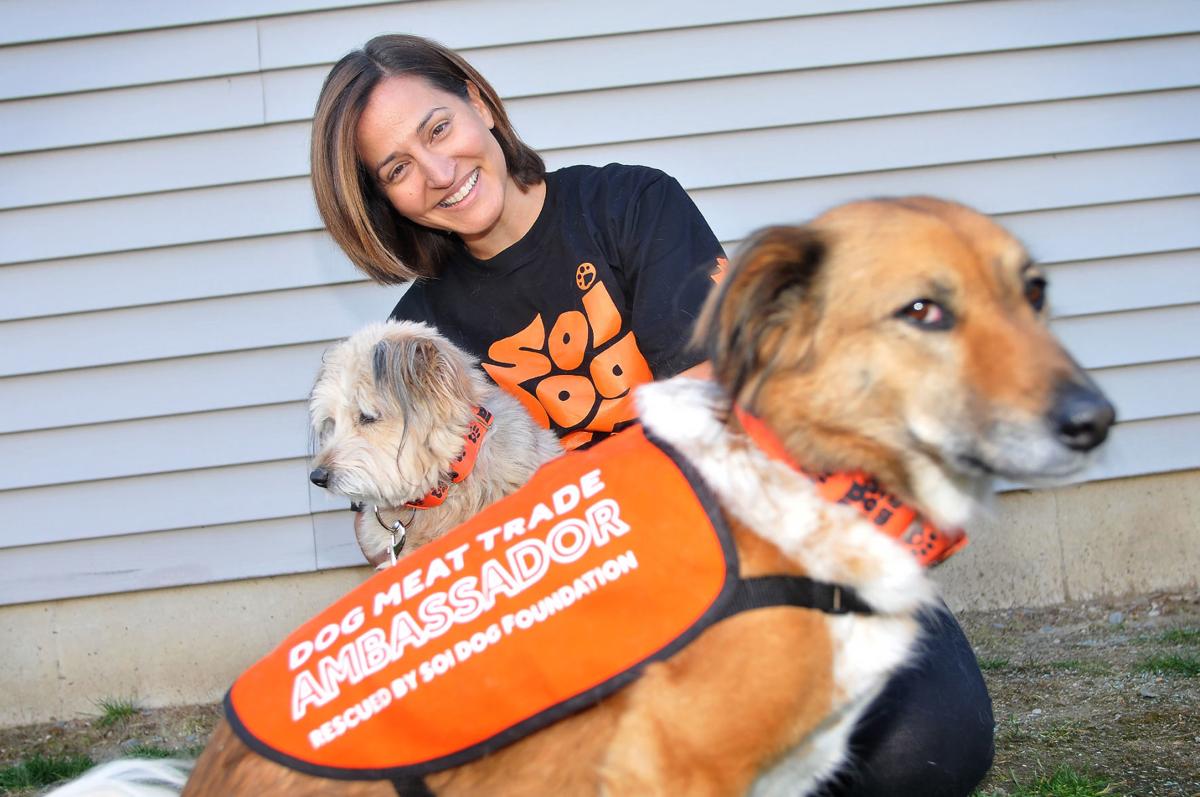 Marjon Tondravi of South Attleboro rescues dogs overseas and brings them to a better life in America.

Marjon Tondravi of South Attleboro rescues dogs overseas and brings them to a better life in America.

ABOUT HER: Born and raised in Marshfield, went to Merrimack College, moved to Attleboro 12 years ago. Works as operations associate for Boston Financial Management, but main passion is volunteering for the Soi Dog Foundation which rescues dogs in Asia from the dog-meat trade, and lives with her husband and four dogs, Yogi and Lilly, rescued from Thailand, and Jasper and Bentley, rescued from a high-kill shelter in the American south.

WHY YOUR FIELD? I originally found out about Soi Dog (‘soi’ is Thai for ‘street’) on my honeymoon in Thailand, and my husband and I know travel there every other year for vacation -- and to rescue more dogs. I started to do a lot of fundraising and it just snowballed into something bigger. A lot of people don’t know about the dog-meat trade; dogs are used for human consumption. Some countries have outlawed it, but many haven’t and much work remains to raise awareness, change laws and rescue these dogs. It’s illegal now in Thailand, thanks to Soi Dog. I go over once a year and fly dogs back to give to rescue shelters in the United States, and to fund that I started a group with some great people, Give a Dog a Bone, which sells pet accessories through Etsy, all products handmade by volunteers.

BEST ADVICE: Just stick with it. We sell at craft fairs and in the beginning we were lucky to make $100 on a full Saturday. Now we set out to raise over $2,000 in one day. It takes a lot of hard work and dedication.

HARDEST LESSON LEARNED: It’s really hard to stop doing this, or at least not as much, but I probably put more into it than a normal job. It’s just hard to say no to anyone, and take time for yourself. I feel like if I stop or slow down, that’s one less dog I can save. But if it’s your passion, it’s what you do.

MENTOR(S): If anything, our core group of volunteers, five or so, are great mentors, we’ve all become friends, they’ve all adopted dogs and we’re out every weekend fundraising or getting ready to do fairs or shows to sell our material to raise money. The Boston-area rescue community has been so great and so supportive as well, as are the various town fairs we work at.

GIVING BACK: This is my baby; all my free time goes into it.

WHAT TALENT DO YOU WISH YOU HAD MOST THAT YOU DON'T NOW? I wish I were better at public speaking so I could do more for the cause. I get asked and I decline because I’m terrified to speak in public.

WHAT AWARDS/RECOGNITIONS HAVE YOU RECEIVED IN YOUR CAREER? None, and that’s fine. The reward is going to the airport to pick up rescue dogs from Asia and hand them off to new, protected and safe lives.