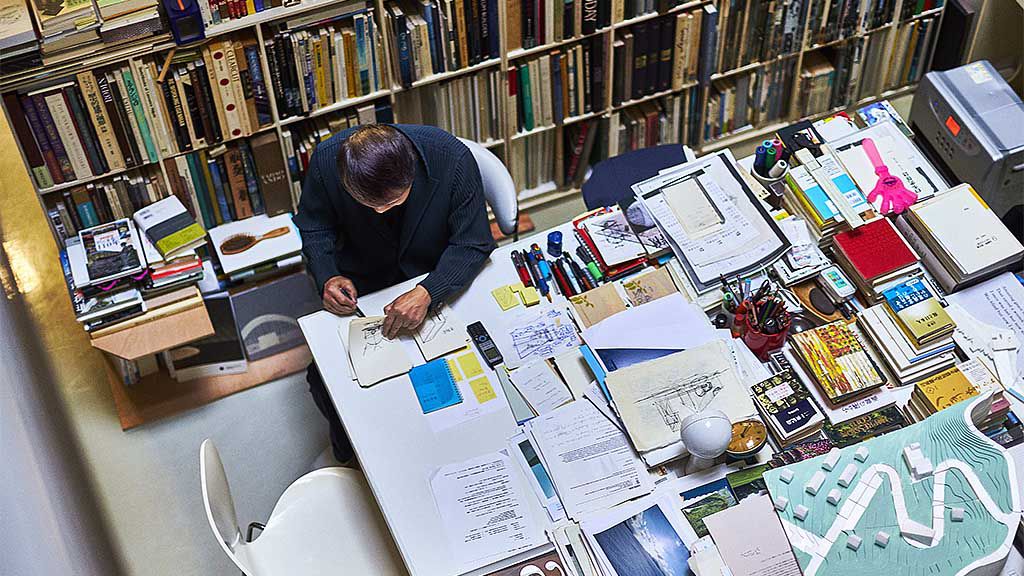 This undated photo provided by Paul Barbera shows Tadao Ando in Osaka, Japan, at his desk working. The photo is featured in the book "Where They Create," which explores people and their creative studios. (Paul Barbera via AP) 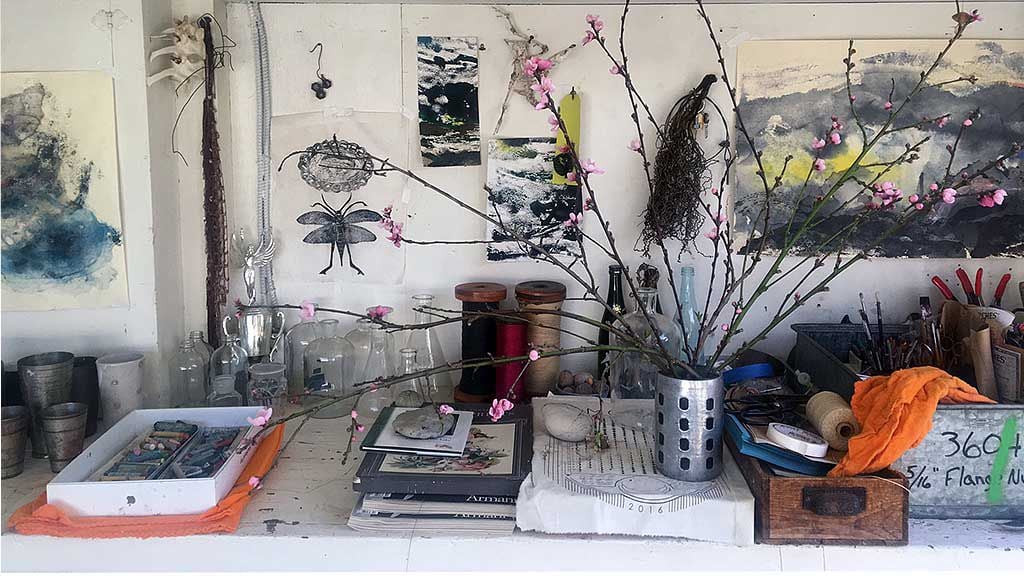 This March 7, 2017 photo provided by artist Louesa Roebuck shows her work studio in Ojai, Calif. Some of her monotype studies are seen. A few pieces by friends and creative growth artist also adorn the studio along with the peach blossoms. (Louesa Roebuck via AP)

Spaces where creativity happens are utterly unlike other rooms, artists and designers say. Whether at home or elsewhere, these deeply personal spaces often feel like they're in flux, with interiors more curated than decorated. They often feature natural objects and personal totems. They can feel messy, but also like a window into an artist's mind.

"I am always mesmerized by what goes on in these creative spaces. They are very special and often very private. The hardest part is convincing people to let you in," says Paul Barbera, who has photographed over 200 studios of both established and up-and-coming designers, architects and artists around the world. His most recent book is "Where They Create, Japan" (Frame Publishers, Amsterdam).

Matthew Waldman, founder of a watch company called Nooka, is one of the designers featured in the book.

"I like to have a lot of stimulation in my creative space, with things to touch and look at, things that inspire me, and lots of plants," says Waldman.

The studios, ateliers and other spaces explored in these books vary widely, but many include plants or pets, quirky objects, and odd assortments of objects grouped in visual vignettes.

"A lot of the things we collect connect us to other places and times, like relics or fossils, shells, stones or bits of inspiration," Roebuck says. "My studio is full of totems."

The rooms also tend to have plenty of natural light or access to the outdoors.

"My home is very pared down but the desk in my studio area is covered in things," says Lonsdale. "The most creative spaces seem to have the messiest desks. I love those desks. And many creative people spread things out across walls or floors. It's a way to visualize. It's work in progress."

Rachael Weiner, senior style and market editor at Real Simple magazine, says anyone can foster creativity in their home office or studio space.

"While a home is a place to foster tranquility, to relax and recharge, a creative space is the opposite. You want it to be comfortable, but you also want the energy to be dynamic," she says.

Some of her tips:

PERMISSION TO BE MESSY

"In a home you want things as orderly as possible, but in a creative space you want to give yourself permission to diversify the way you organize things. Contact lists should be in order, but you might want to make stacks of books or drawings, or spread things out as you think about them," Weiner says.

"The more fluid the display space the better," she says. "Consider putting up a bulletin board or gallery ledges so you can refresh what kind of work you have up depending on the projects you're working on."

Natural light and natural objects "connect us to the universe and stimulate the brain. If there's no outdoor space nearby, consider including plants or even a bowl of fruit. Living natural things really change the feel of a space," Weiner says.

"In a creative work space, anything that creates joy or reminds you of what you love belongs there," she says. "Favorite colors or textiles, photos from a happy family vacation or objects that bring back special memories. These help inspire."

EXPAND YOUR IMAGE OF WORK SPACE

"Depending on the kind of work you do, a hammock chair or cushions on the floor might be a better fit than an office chair," she says. "Unlike the home, which has to cater to everyone in it, creative space is a personal realm, filled with whatever it is — and organized in whatever way you want — that sparks your creativity."