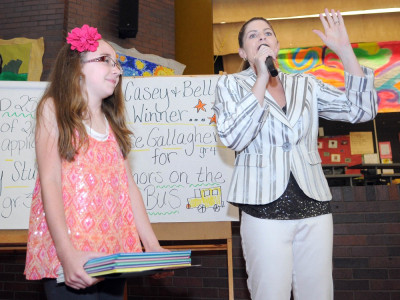 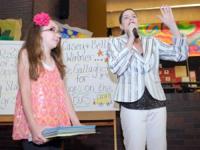 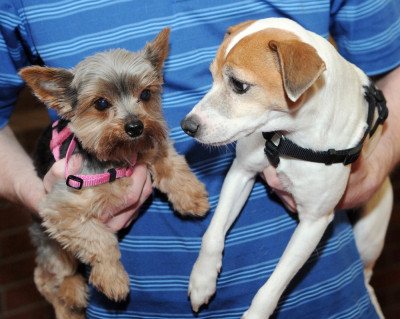 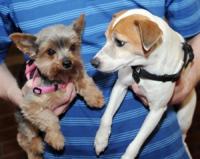 Grace, the daughter of Thomas and Holly Gallagher, was the toast of her school when children's author Jane Lovascio came to present her with the grand prize in a national writing contest and the right collaborate on a book to be published nationally.

It didn't hurt that Lovascio brought along her adorable pet dogs Casey and Bella, the stars of her series of fictional adventure books.

Grace won top prize for her story "Rumors on The Bus," which delivers an anti-bullying message using Lovascio's pet characters as examples.

Her story was chosen from among 2,000 entries. Hyman Fine third-grader Sonny Stueger's story was also among the top 25 entries in the contest.

Lovascio said she enjoys working with youngsters and encouraging them to reach for the stars.

"When you put your mind to it, there's nothing that you can't do," the New Jersey author told students during a school-wide assembly.

Over the summer, Lovascio will expand Grace's story and have it illustrated prior to being published in the fall.

Grace's name and photo will appear in the hardcover book as co-author and she'll have a special book-signing at Barnes & Noble in Walpole.