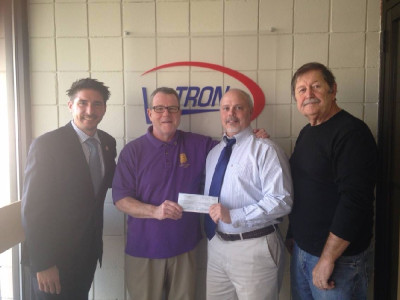 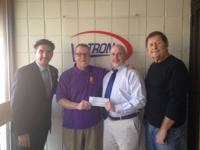 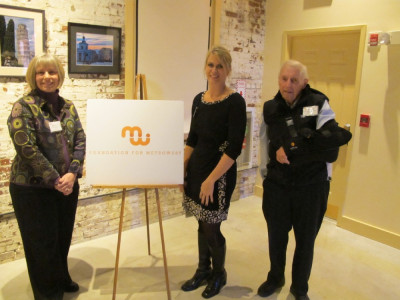 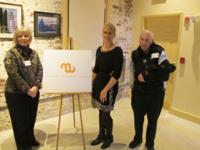 File under 'tis the season.

For those of you despairing about the state of the world, kindness and generosity do live on.

A local woman, who prefers to remain anonymous, had a tough stretch this year.

She went through a divorce, suffered an illness and finally lost her home.

She didn't lose her good friends, though.

One former high school chum spread the word that she needed help, and a short time later another friend responded saying her dad had a vacant apartment that the woman and her young children could have, and have for free, until she gets back on her feet.

The benefactor's name is Jim McKeon of Attleboro.

McKeon not only offered the apartment, he joined the woman's friends in helping her move in and connected both cable and Internet.

Others donated cash to pay for heat over the winter and others bought a Christmas tree and gifts for all.

McKeon doesn't want anything in return except for others to follow the example.

"All he wants is for others to pay it forward to keep the spirit of giving going," said the bearer of glad tidings.

And in other acts of generosity V-Tron, a Venus Way electronics company, donated $1,000 to the South Attleboro Lions Club to be used for the Christmas Is For Kids gift drive.

And in another, City Hall's Holiday Spirit Committee donated $300 worth of gift cards good at Stop & Shop to the Veterans Department to give to veterans who need a little help buying food during the holidays and throughout the winter.

One subdivision had eight of the 10-foot high devices, he said.

While recent days have been warm, the winter is only starting, and its important to plow snow as close to the edge of roads as possible to make room for cars and possibly, more snow, Clover said.

"We need a lot of room to push back snow because it's only December," he said.

Clover also said its illegal for property owners to plow snow into the streets or onto sidewalks.

A gift to New Hope

New Hope Inc. was awarded a $5,000 grant from the Foundation for MetroWest.

The announcement was part of an event held this week at The Center for the Arts in Natick where a total of $228,000 was distributed to organizations throughout the region.

The grant will help pay for personnel, food, and occupancy costs for two crisis intervention programs as well as a crisis hotline.

"During this time of unprecedented financial need, Foundation for MetroWest is proud to support organizations throughout the region," Judith Salerno the foundation's executive director said. "By distributing these much needed funds, we are doing our part to ensure that the MetroWest region remains vital and strong."

The foundation has distributed over $8 million in grants to the MetroWest community since its inception in 1995.

The library's World War II non-fiction book discussion group will talk about "The Monuments Men: Allied Heroes, Nazi Thieves, and the Greatest Treasure Hunt in History" at its next session on Jan. 11 at 2 p.m.

The book relates the untold story of a little-known World War II Allied division whose mission was to track down European art and treasures that had been looted by the Nazis.

Copies of the book are available at the library. Please contact Kate Hibbert at khibbert@sailsinc.org to register.