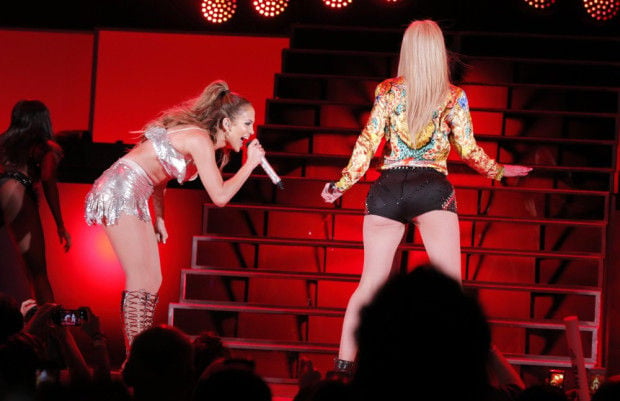 Jennifer Lopez, left, and Iggy Azalea perform the song "Booty" on stage at CBS Radio's second annual We Can Survive concert at the Hollywood Bowl Oct. 24 in Los Angeles. The song is just one example of how the behind permeated pop culture this year. 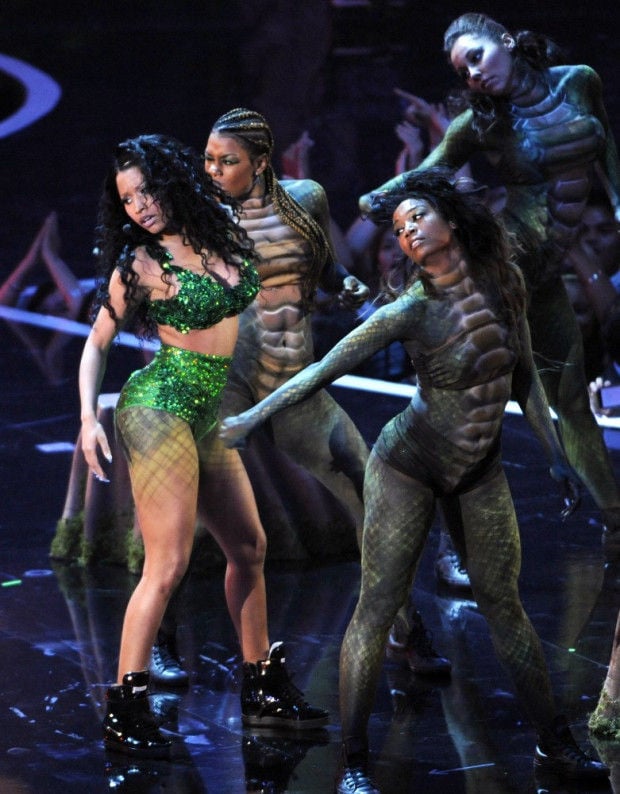 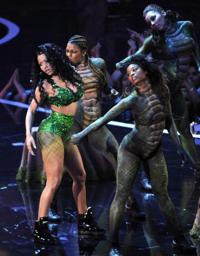 Nicki Minaj performs at the MTV Video Music Awards at The Forum on Aug. 24 in Inglewood, Calif. (Photo by Chris Pizzello/Invision/AP) 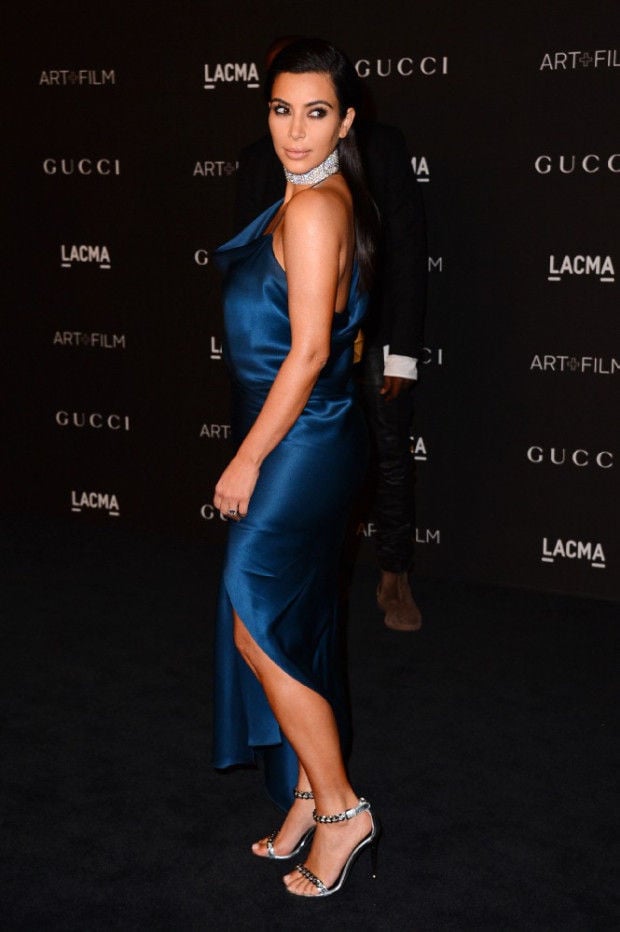 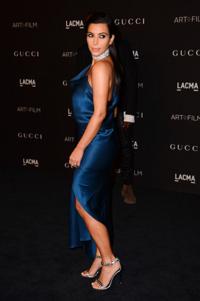 Jennifer Lopez, left, and Iggy Azalea perform the song "Booty" on stage at CBS Radio's second annual We Can Survive concert at the Hollywood Bowl Oct. 24 in Los Angeles. The song is just one example of how the behind permeated pop culture this year.

Nicki Minaj performs at the MTV Video Music Awards at The Forum on Aug. 24 in Inglewood, Calif. (Photo by Chris Pizzello/Invision/AP)

Bottom, behind, backside, "bass." In a word, booty.

This year, musicians and celebrities have put their derrieres on display and pervaded pop culture to an extent not seen in a decade. Yes, 2014 has been dubbed the Year of the Booty.

The body part's rise to popularity this year started early on and culminated in November with Kim Kardashian's bare bottom displayed in a spread for Paper Magazine.

However, she wasn't alone in reveling in celebrating her, ahem, assets.

Music newcomer Meghan Trainor penned the big butt anthem "All About that Bass," in which she bows down to women who have "all the right junk in all the right places."

Pop superstar Jennifer Lopez, who started a booty trend in the last decade, teamed up with rapper Iggy Azalea for the song "Booty," which included the lyric "throw up your hands if you love a big booty." (The song featured so much bum that, according to a TMZ report, nervous ABC network executives had to set ground rules -"no cracks, no rubbing"-for the song's performance at the American Music Awards.)

Beyonce, coming off of her groundbreaking audio-visual album released last December, shook her butt, as only Queen Bey can, at the MTV Video Music Awards in August. At the same event, Nicki Minaj, a rapper famous, in part, for her ample behind, performed her raunchy single "Anaconda," complete with choreographed, synchonized twerking.

Booty mania spilled over into social media when fitness model Jen Selter attracted media attention for her toned backside she put on display through her Instagram account. Selter has posted so many pictures to her 5 million Instagram followers that the term "belfie" - meaning "butt selfie"- was coined.

Melanie McNaughton, an assistant professor of communication studies at Bridgewater State University, said booties are having a moment right now in pop culture because of a shift in depictions of the female body.

"We're seeing a celebration of a curvier woman as the depiction of the desired body, which is a cultural shift from the 'heroin chic' of the 1990s when it was fashionable to look emaciated."

McNaughton, who studies and teaches a class on images of gender in media, referred to the waif look that swept through high fashion and mainstream culture during the mid-1990s. Think a strung out-looking Kate Moss, a rail-thin Ally McBeal and a hair-twirling Alicia Silverstone feeling "like such a heifer" for eating five peanut butter M&Ms as the character Cher in the 1995 film "Clueless."

McNaughton said this booty trend isn't a new concept and cycles through the zeitgeist every couple of years.

The cycle began in the early 1990s when Sir Mix-A-Lot confessed, "I like bug butts and I cannot lie" on his 1992 ode to backsides "Baby Got Back." The same year, Wreckx-N-Effect got cheeky with "Rump Shaker," which was two years after A Tribe Called Quest rhymed about a woman with a sizable posterior in "Bonita Applebum."

The late '90s brought "The Thong Song," Rose McGowan's nothing-but-beads dress at the 1998 Video Music Awards, the curvacious ladies of Destiny's Child asking if we were "ready for this jelly" on 2001 album "Bootylicious," and, of course, the rise of Jennifer Lopez. In the early 2000s, everybody was talking about Lopez's bum, and it gained so much popularity that it's rumored she insured her booty for millions of dollars to protect it.

From the screen to stores

The Boston-based company Booty Pop, which sells padded underwear designed to help women look more voluptuous. Each pair sells for $22, and according to an Associated Press report, sales were up 47 percent in the last six months from the same period last year.

Gyms are cashing in on the trend as well, offering group workout classes and personal training sessions to tone the gluteal muscles.

Kirby Duguay, the group exercise and personal training coordinator at the Hockomock YMCA in North Attleboro, said her female clients often tell her they aspire to achieve the same booty as famous celebrities.

"We all want our bodies to look a certain way, and a lot of times, we want what someone else has," Duguay said. "A lot of women model what they want after the Beyonces, the Kim Kardashians of the world."

Duguay said society puts pressure on women to achieve whatever body shape is popular, which is perpetuated by celebrity culture, but that celebrities face just as much pressure to stay in shape, maybe more, because they're in the public eye.

The trainer said she thought more women should learn to love their bodies, butt and all, because much of how celebrities' bodies look comes down to genetics, so sometimes achieving the same look isn't possible. A better goal, she said, is making the best of whatever booty you were born with.

However, for those who want a more shapely backside, she recommends using free weights to do 10 to 12 reps of lunges, "goblet squats," and hip thrusts on a stability ball to tone glutes, but said diet is just as important.

"You can't have the body you want and the diet you want," she said.