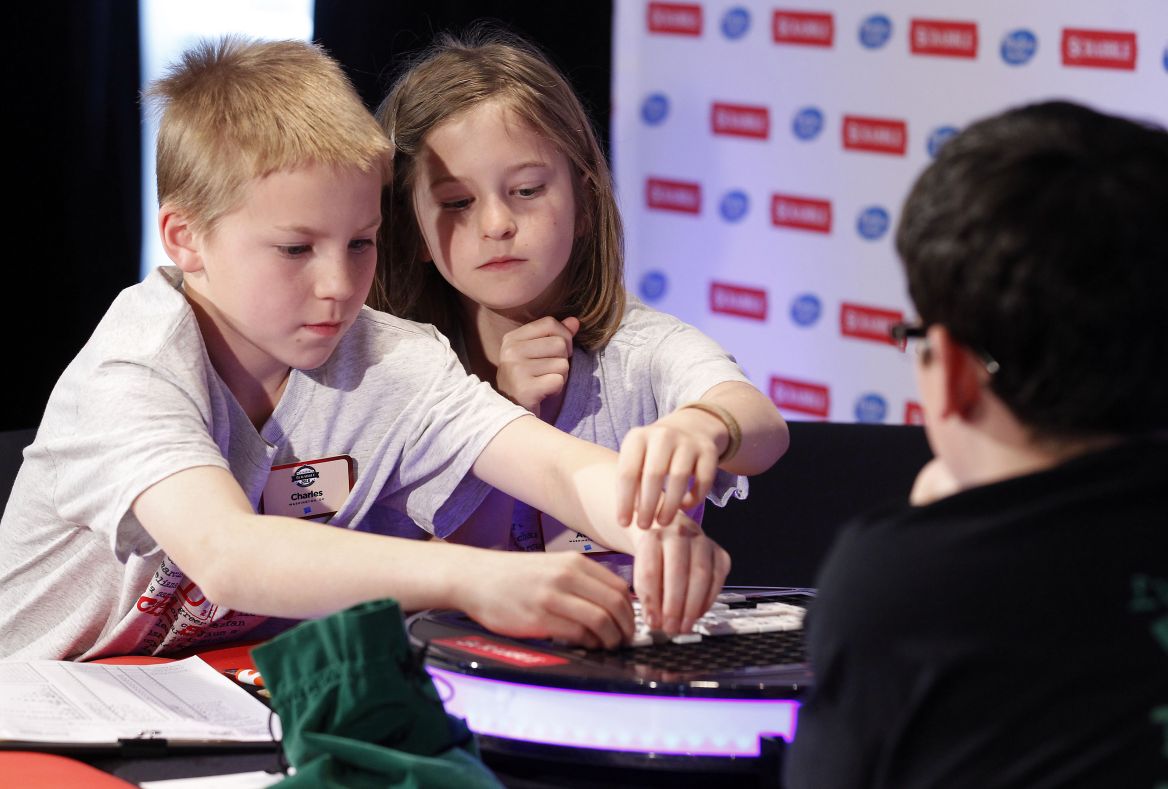 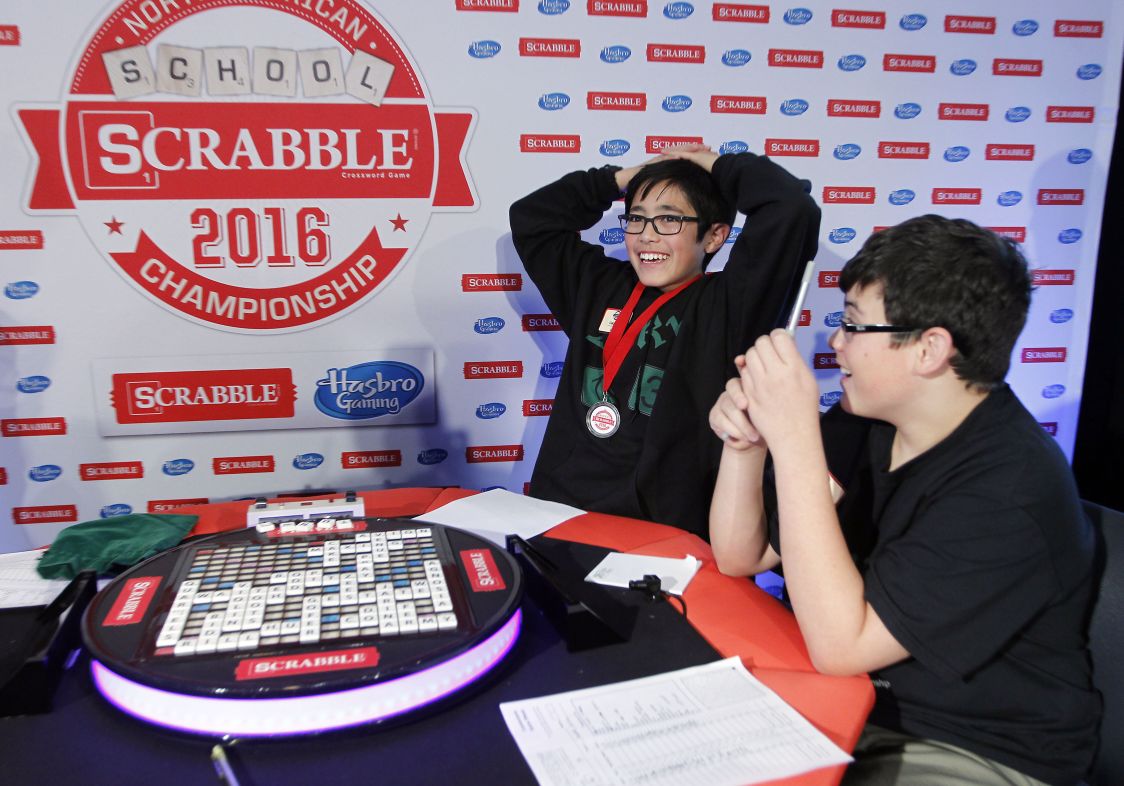 FOXBORO — More than 160 young spellers from across the continent gathered at Gillette Stadium over the weekend for the 14th Annual North American School Scrabble Championship.

In the two-day board game battle, teams of two orthographers from grades 4 through 8 competed for a $10,000 grand prize and a championship trophy.

Cooper Komatsu and Jem Burch of Los Angeles, under the team name Lucky Thirteen, proved to have the leading lexicons, winning in six of seven tournament rounds and besting Javier Contreras and Matias Shundi of Chapel Hill, N.C., in the final game, by the narrow margin of 411 to 401 points.

The championship round Sunday was projected throughout the stadium, and allowed the competitors to show off with high-scoring words “agnosia,” “jarina” and “quarrels.”

Lucky Thirteen came back after losing to the same team in the previous round.

One Massachusetts pair, seventh graders Basil Sousounis and Christopher Sousounis of Acton, ended up in the top 10. Their team, TwinWin, placed 10th with five wins and two losses.

Other teams from the Bay State hailed from Burlington, Northampton and Littleton.

This week’s appreciation of Scrabble won’t end with the tournament. On Wednesday, Hasbro will celebrate National Scrabble Day with fans on social media.