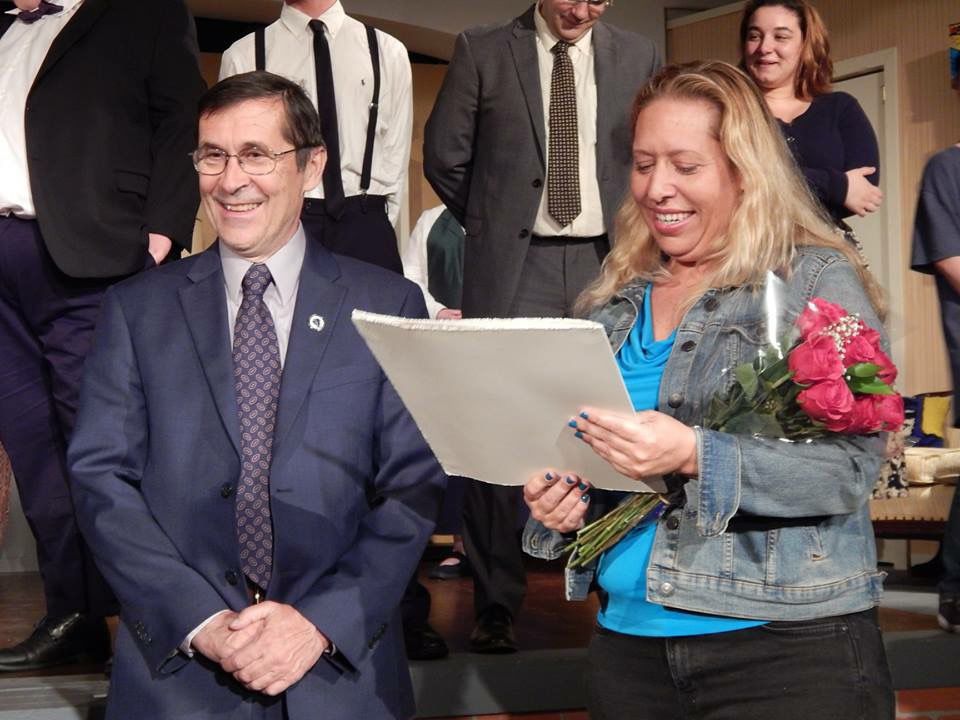 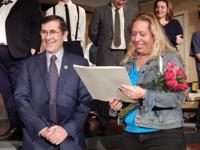 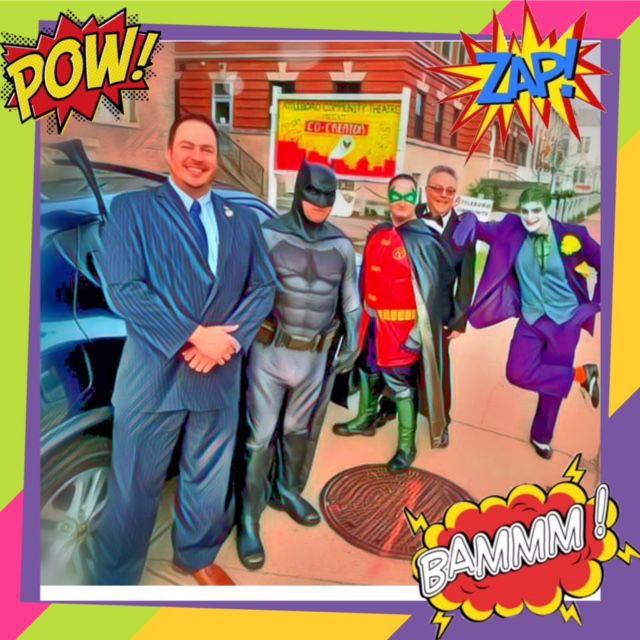 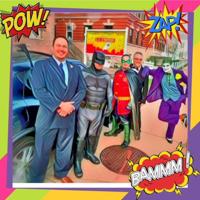 ATTLEBORO — The man who helped create the legendary comic book figure Batman, but never got his just recognition or rewards while he was alive, has been given a heartfelt salute in Attleboro.

State and local representatives along with special guests were on hand to honor the life and legacy of Bill Finger last Friday night as Attleboro Community Theater opened its production of “Co-creator.”

In attendance were the playwright, Leonard Schwartz of Providence; cosplayers Batman, Robin and the Joker; Athena Finger of Florida, granddaughter of Bill Finger; Athena Finger’s son and her sister, Alethia Bess Marietta of Barrington, R.I.

The play tells the story of and how Bill Finger helped create Batman and other figures in the DC Comics world but was robbed of the credit.

Finger died in 1974, penniless and alone; he was found by a friend in his apartment. It is said that his son Fred (Athena’s father) had him cremated and spread his ashes in the shape of a bat.

It wasn’t until 1989 that Batman co-creator Bob Kane, in his memoir, gave Finger the credit and recognition he was due for the Caped Crusader. However, Finger was still not credited on any of the Batman comic books or the later Batman movies produced by Warner Brothers, current owners of DC Comics.

That didn’t come until 2015, when Athena was able to negotiate an agreement with Warner Brothers and the company announced Bill Finger would receive credit on the 2016 film “Batman vs Superman.” He also receives credit now on the TV series “Gotham” and the recently released “Justice League” film.

It was a long time coming, and Athena said her next step is to get her grandfather a star on the Hollywood Walk of Fame.

Interviewed at the Bates Masonic Lodge, where “Co-creator” is being staged, she said she never knew her grandfather but has worked tirelessly to get him the recognition he was long due.

An artist in her own right, Athena Finger carries on the legacy of her grandfather with her own work commissioned for the Golden Age of Comic Books, in which she adds her own take on the Batmobile and Catwoman character.

She and her grandfather were recognized after the show by city and state representatives. State Rep. Jim Hawkins, D-Attleboro, and At-Large Councilor James J. Dilisio were on hand to present Athena Finger with proclamations recognizing Bill Finger as co-creator of Batman and creator of numerous other characters and places in the Batman universe.

They proclaimed May 4 as Bill Finger Day; appropriately, it was also National Free Comic Book Day.

Attleboro Community Theater’s production of “Co-creator” is onstage this weekend and next at the Bates Masonic Lodge, 71 North Main St., Attleboro. Performances are at 8 p.m. Fridays and Saturdays and 2 p.m. Sundays. For tickets, call 508-226-8100 or email attleborocommunitytheatreACT@gmail.com. See Friday’s Sun Chronicle for a review of the show.