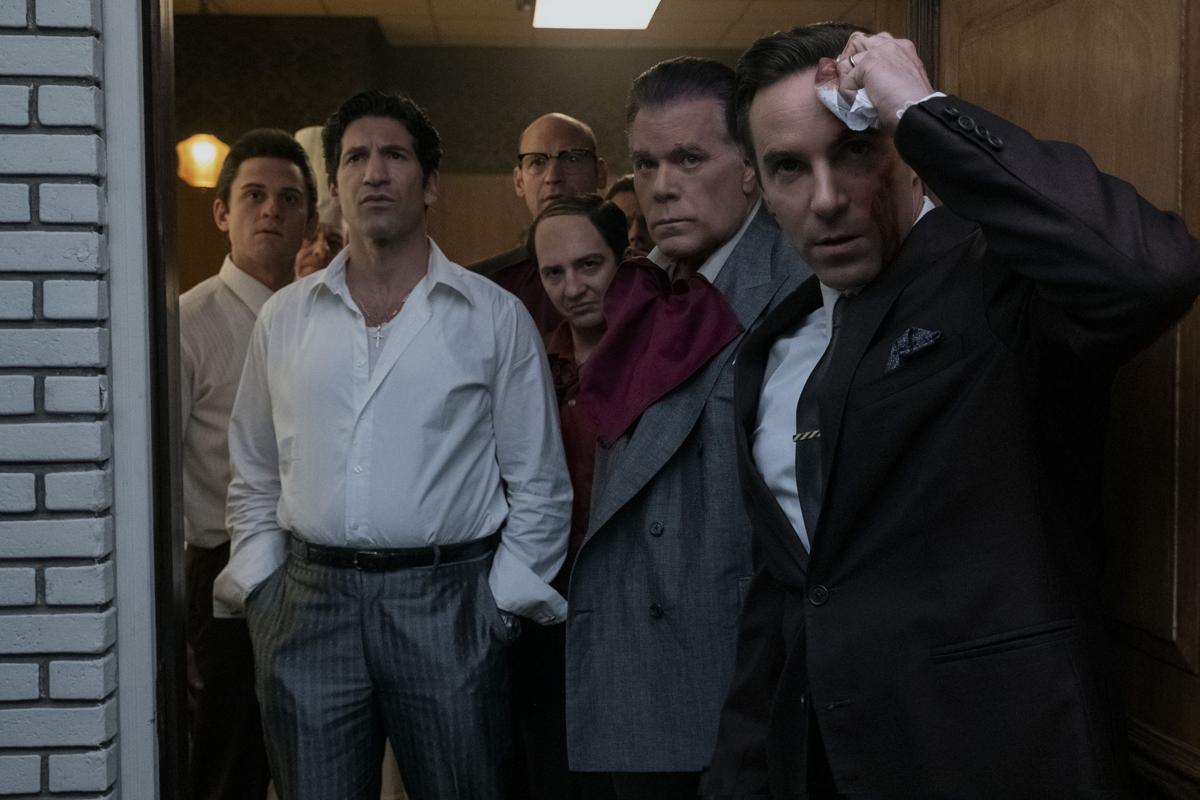 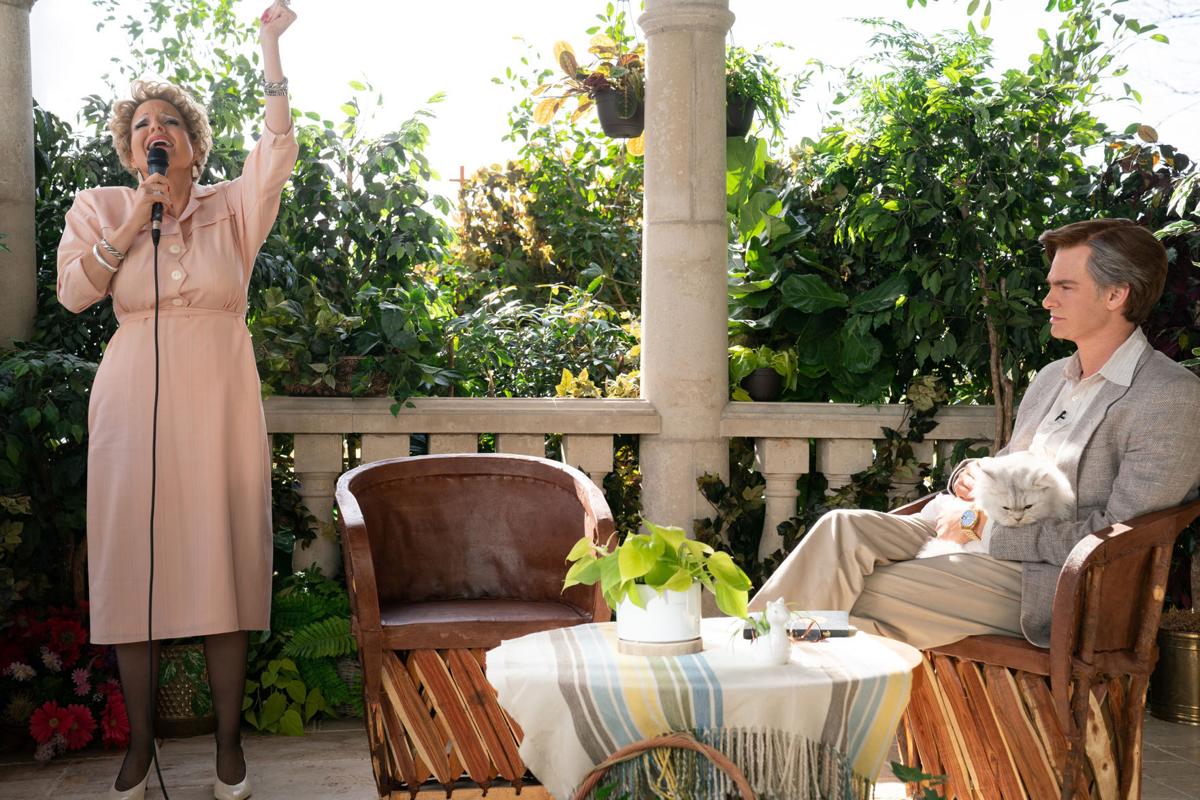 As the seasons change, so do the movies becoming available in theaters or on streaming services.

Despite COVID-19 lingering and making the prospect of a night at the movies a bit more complicated, theaters themselves are persisting and adapting to this new normal in an effort to stay open. And if you would rather stay home for whatever reason, streaming services also have you covered with many of the latest big studio releases only a few clicks away.

Here’s a taste of what cinematic efforts are coming your way:

“The Card Counter” (theaters): Writer-director Paul Schrader’s latest film is a revenge thriller about an ex-military interrogator who turns to gambling as his past continues to haunt him. Starring Oscar Isaac, Willem Dafoe, Tye Sheridan and Tiffany Haddish.

“Cry Macho” (theaters, HBO Max): Clint Eastwood is back as the director and star of this Western about a former rodeo great hired to remove a man’s young son from a dangerous situation. It also stars Dwight Yoakam, Eduardo Minett and Natalia Traven.

“Blue Bayou” (theaters): A Korean man living in Louisiana faces a threat of deportation as he fights to stay in the U.S. with his family. The film comes from writer-director Justin Chon, who also stars alongside Oscar-winner Alicia Vikander, Mark O’Brien and Linh Dan Pham.

“Dear Evan Hansen” (theaters): Pittsburgh native Stephen Chbosky directs this adaptation of the acclaimed musical about a high school student with severe anxiety who accidentally gets himself intertwined in another family’s tragedy. Ben Platt reprises his Tony Award-winning role of Evan Hansen alongside a cast that includes Kaitlyn Dever, Julianne Moore and Amy Adams.

“Venom: Let There be Carnage” (theaters): Andy Serkis helms this comic-book sequel about two dueling alien symbiotes. Tom Hardy is back as the titular Venom with Woody Harrelson playing his foil as the host of another symbiote known as Carnage.

“Halloween Kills” (theaters): Michael Myers is back once again for another killing spree in this sequel to 2018’s “Halloween.” Directed by David Gordon Green and starring Jamie Lee Curtis, Judy Greer, Andi Matichak and Will Patton.

“The Last Duel” (theaters): Ben Affleck and Matt Damon reunited to write the screenplay for and star in this historical drama about a duel between a knight and the man his wife accused of raping her. Directed by Ridley Scott and also starring Adam Driver and Jodie Comer.

“Last Night in Soho” (theaters): Director Edgar Wright is back with a story he co-wrote about an aspiring fashion designer who is mysteriously transported back to the 1960s. This psychological thriller stars Thomasin McKenzie, Anya Taylor-Joy, Matt Smith and Diana Rigg.

“Antlers” (theaters): A teacher and her sheriff brother living in small-town Oregon come to believe that one of her students is secretly harboring a supernatural creature in his house. Directed by Scott Cooper and starring Keri Russell, Jesse Plemons and Jeremy T. Thomas.

“Belfast” (theaters): Kenneth Branagh wrote and directed this story about the trials and tribulations of a young boy and his working-class family in 1960s Belfast, Northern Island. The film stars Caitriona Balfe, Jamie Dornan, Judie Dench and Ciaran Hinds.

“Ghostbusters: Afterlife” (theaters): The latest installment in the “Ghostbusters” franchise follows a single mom and her two children who move to a small town and learn about their family’s connection with the original Ghostbusters. Directed by Jason Reitman and starring Carrie Coon, Finn Wolfhard, McKenna Grace and Paul Rudd.

“King Richard” (theaters, HBO Max): Will Smith stars as Richard Williams, father of tennis stars Venus and Serena Williams, in this film based on the true story about how he helped them become all-time greats at their craft. Directed by Reinaldo Marcus Green and also starring Jon Bernthal, Tony Goldwyn and Dylan McDermott.

“Encanto” (theaters): This animated musical features songs written by Lin-Manuel Miranda and a story about the only child in a magical Colombian family that doesn’t have powers. The voice cast includes Stephanie Beatriz, Diane Guerrero and Wilmer Valderrama.

“Wolf” (theaters): A Polish drama from writer-director Nathalie Biancheri, “Wolf” follows a young man who believes he is a wolf and ends up in a clinic that hopes to cure his species dysphoria. It stars George MacKay and Lily-Rose Depp.

“Nightmare Alley” (theaters): Guillermo del Toro is back with this psychological thriller that he directed and co-wrote about the relationship between a manipulative carny and a dangerous psychiatrist. The sprawling cast includes Bradley Cooper, Cate Blanchett, Rooney Mara, Willem Dafoe, Ron Perlman, Toni Collette, Mary Steenburgen and Richard Jenkins.

“West Side Story” (theaters): Steven Spielberg’s adaptation of the 1957 musical still finds Tony and Maria trying to make their love work while their rival gangs, the Jets and Sharks, battle for supremacy. It stars Ansel Elgort, Rachel Zegler, Ariana DeBose and Rita Moreno.

“Violence of Action” (theaters): Gillian Jacobs stars alongside Chris Pine in this action-thriller about a man who after being involuntarily discharged from the Marines joins a paramilitary organization to continue supporting his family. Directed by Tarek Saleh and also starring Ben Foster and Eddie Marsan.

“Spider-Man: No Way Home” (theaters): The third installment in Marvel’s new “Spider-Man” franchise finds the titular web-slinger having to deal with a world where everyone knows his secret identity. Jon Watts is back in the director’s chair working with a cast that includes Tom Holland, Zendaya, Marisa Tomei, Benedict Cumberbatch and Alfred Molina.

“The King’s Man” (theaters): Serving as a prequel to the previous two “Kingsman” films, “The King’s Man” will explore how and why the agency formed in the first place. Directed by Matthew Vaughn and starring Ralph Fiennes, Gemma Arterton, Djimon Hounsou and Matthew Goode.

“A Journal for Jordan” (theaters): Denzel Washington directs this drama about a soldier who writes a journal for his son so he’ll have a guide to being a decent person if the worst happens to his father. It stars Michael B. Jordan and Chante Adams.