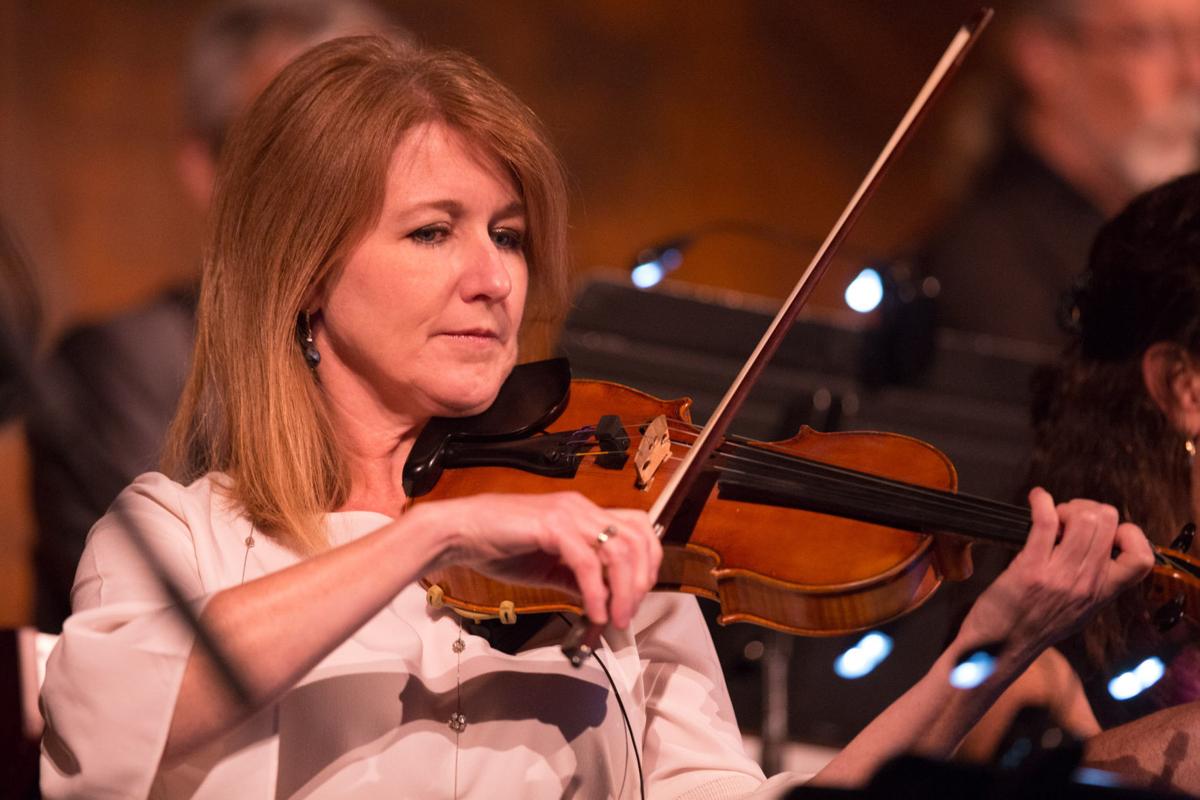 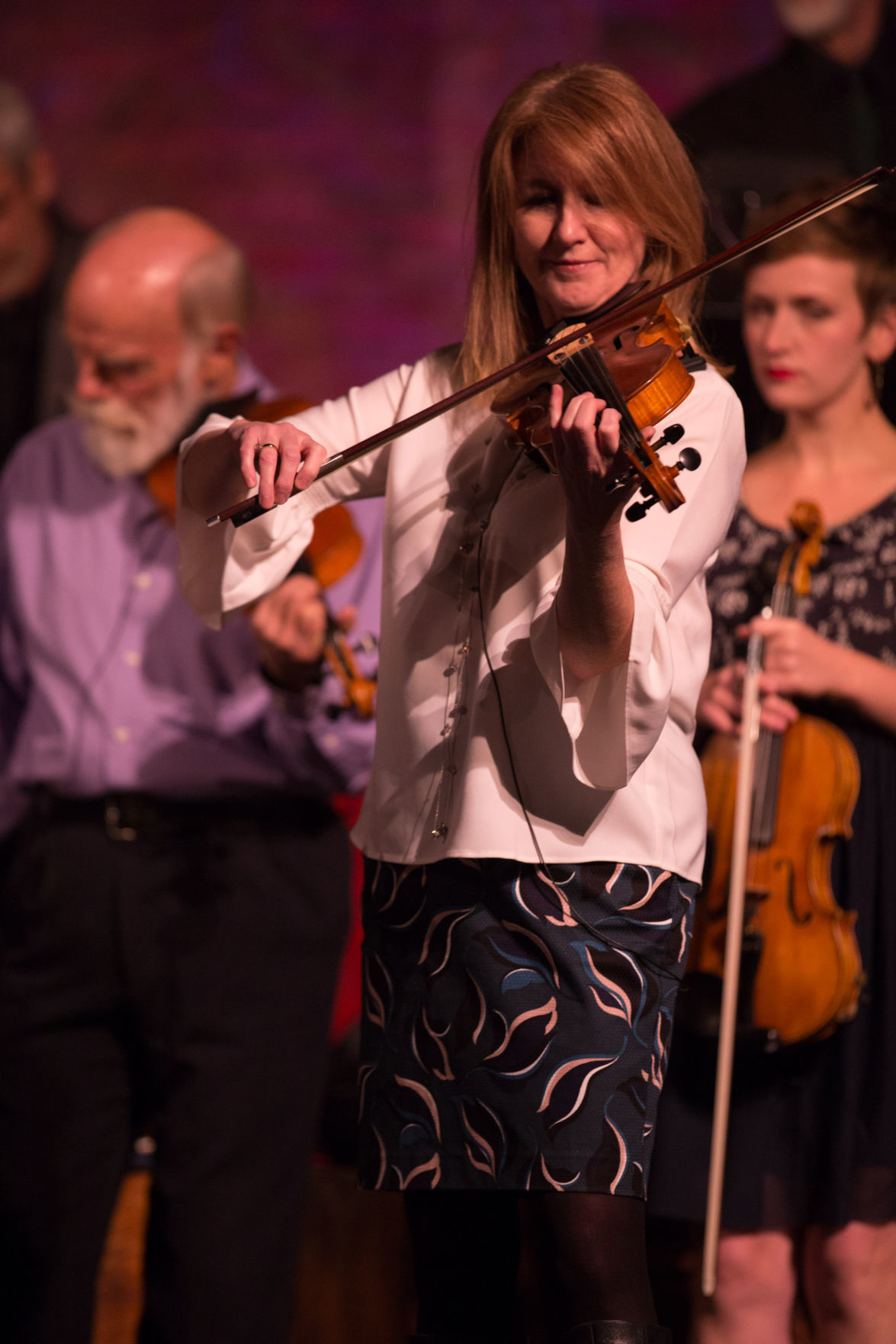 Sheila Falls of North Attleboro is a North American and Irish fiddling champion, and also directs the World Music Ensemble at Wheaton College, where she is an assistant professor of music.

Sheila Falls of North Attleboro is a North American and Irish fiddling champion, and also directs the World Music Ensemble at Wheaton College, where she is an assistant professor of music.

From the first crisp riff that builds into a bold, jaunty melody, to the breathtakingly fast flourishes and lively exchanges between violins, the song “Turka” on acclaimed fiddle choir Childsplay’s latest album, “The Bloom of Youth,” is both high-spirited and technically intricate.

It owes its unique flair to its writer, violinist and fiddler Sheila Falls.

“People that were just fiddlers could not play that kind of piece because it really is technical,” Falls says, “but I can easily cross over to that Middle Eastern kind of sound because I have both the classical and the Irish. It just makes me more versatile.”

Her versatility was recently on display in music halls across the West Coast, as she performed in Childsplay’s farewell tour, which culminated in a Nov. 20 performance at the Somerville Theatre.

She has been a member of the group for the past 20 years, but this tour was particularly exciting for her because her daughter Lara Kohane (a senior at Bishop Feehan) was featured as a dancer. Kohane performed Irish step dance to a jig Falls wrote and named after her when she was a little girl.

Now a resident of North Attleboro, Falls was born and raised in Greenville, R.I., in a home where her mother’s heritage led her to be surrounded by Irish music. She began taking lessons in Irish dance at age 5, and three years later started taking Suzuki violin lessons, which are notoriously challenging.

For Falls, fiddling was a way to marry her burgeoning technical skills with her affinity for Irish music, and it came easily to her because of her violin training, while presenting an enjoyable contrast.

“My ear was rather well developed and Irish music was easy for me to pick up,” she said. “Fiddle music really comes from listening. It’s not the same as playing Mozart off the page — rhythmically, you really have to feel it. It’s like jazz, it needs to swing.”

Musical successes followed for Falls. She became the North American Fiddle Champion at age 10, the first of three times she would win the award, and captured the all-Ireland Fiddle Championship at age 15.

Upon graduating high school, she went to New England Conservatory to study classical music. While there, she earned a fellowship to attend the Tanglewood Music Center. Following her time at the Conservatory, she toured with the New World Symphony, based in Miami.

Today, among her musical pursuits, she’s a member of the music faculty at Wheaton College, as well as the director of Wheaton’s World Music Ensemble, which performs music from across the globe.

As a teacher, Falls works with many students “who have come expecting just to study classical violin,” and said she relishes showing them “how to explore their instrument in a very different way” in the World Music Ensemble.

She recounts the story of having mentored a student of classical violin, a hard worker who was under a lot of pressure to succeed, and encouraging him to stick with the instrument despite the challenges of balancing it with his economics major.

“I worked with him to keep him going, and he did. And he performed a classical recital to conclude his music major and actually incorporated some Irish music, and his family loved it,” Falls said. “He asked this exchange student from Ireland to join him and they fiddled together, and all these traditions just merged. And I remember thinking, everybody loves this music.”

Despite her joy in working with students, however, Falls said that there are some things about playing the fiddle that can’t be taught.

“(Fiddling) is an oral tradition… to sound authentic is to really have listened to older fiddlers who played these tunes. It takes years of digesting, of really feeling it,” she said.

For Falls, after a lifetime spent honing her craft, “It’s really in my bones and my blood.”

The World Music Ensemble, directed by Wheaton College Assistant Professor of Music Sheila Falls, will perform at 7:30 p.m. Wednesday, Nov. 28, at the Norton school’s Weber Theatre, Watson Fine Arts building. The concert is free and open to the public. (www.wheatoncollege.edu/arts)