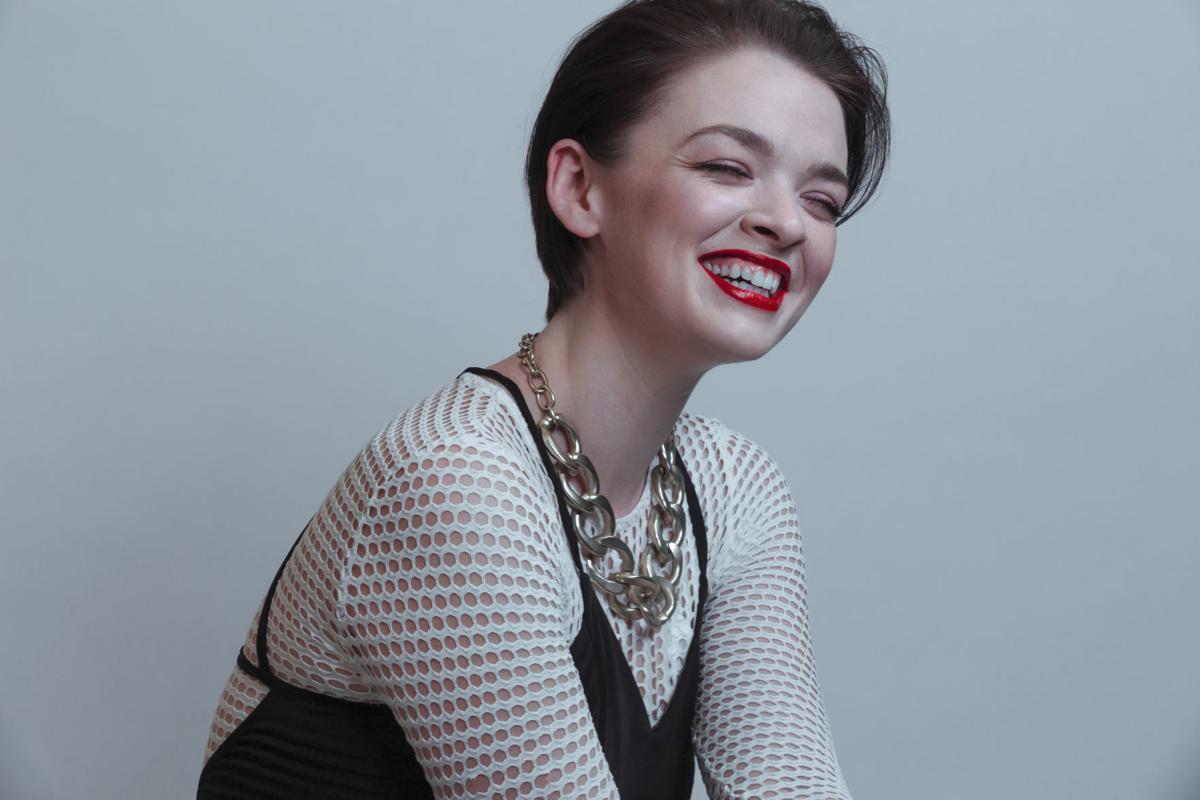 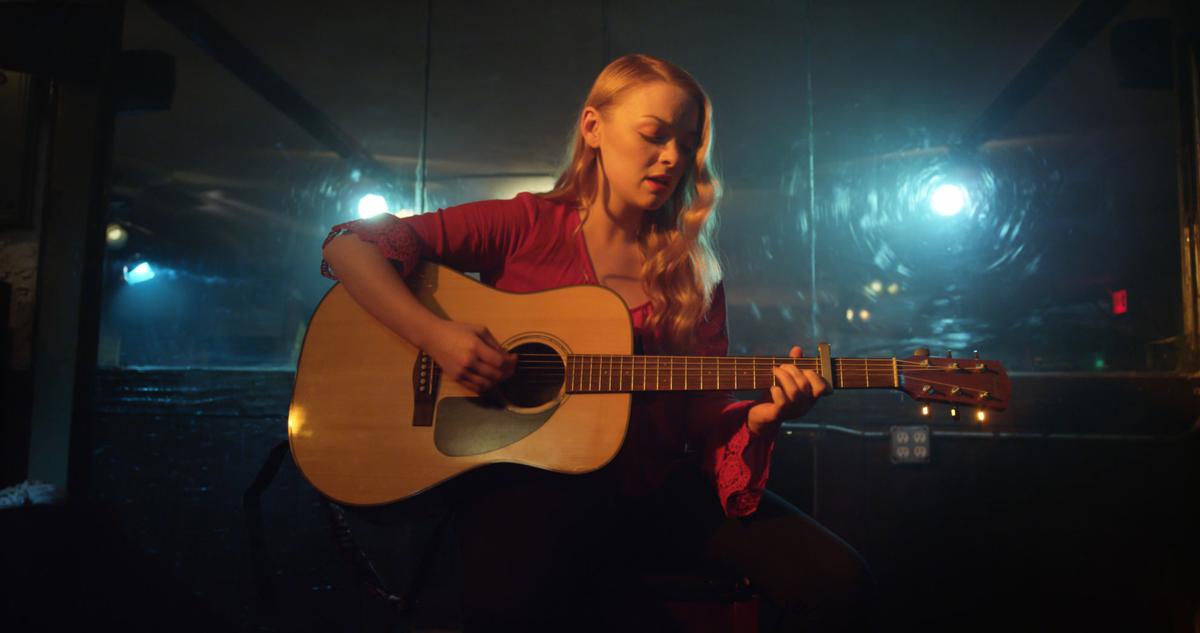 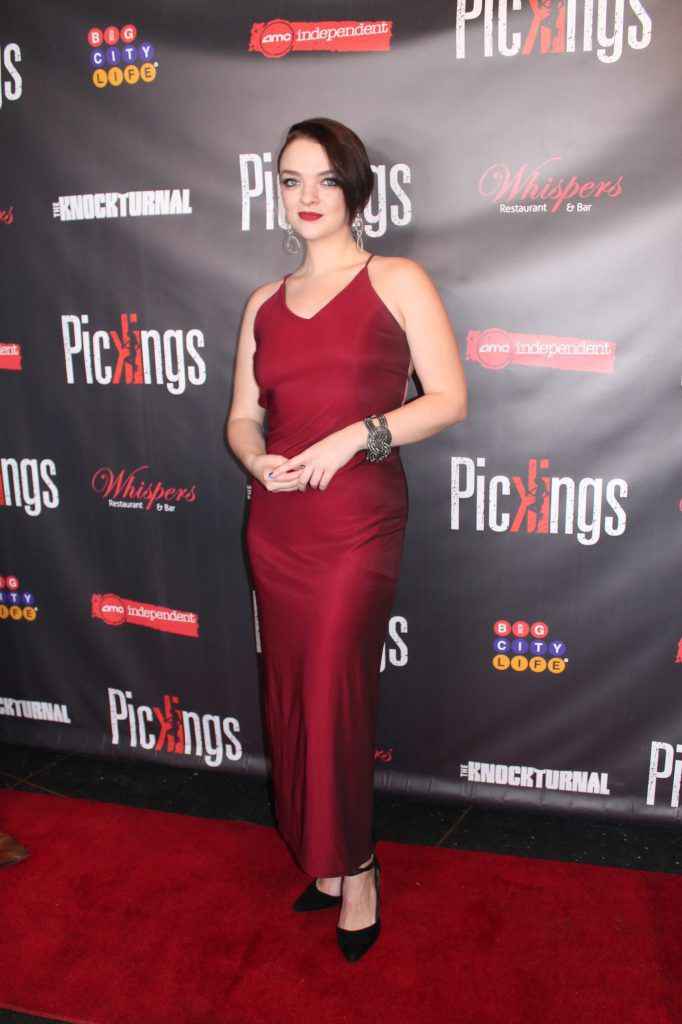 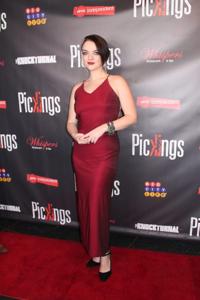 For the little girl who appeared in “Annie!” at Foxboro’s Orpheum Theater and was eaten by a plant in a school production of “Little Shop of Horrors,” this is a moment she’s been waiting for.

Katie Vincent, a Mansfield native who is now an actress in New York, is making her feature film debut as one of the female leads in “Pickings,” an independent film that premiered last weekend in New York and opens locally Friday, March 2, at North Attleboro’s Showcase Cinemas.

The feature-length movie is a gritty, R-rated, film noir-ish tale about a mysterious Southern, female-headed family who open a bar in rural Michigan, unaware they’ve moved into a mobbed-up town. Wise guys try to muscle in, only to find the hard-edged mom and her grown-up daughter are perfectly capable of fighting fire with fire.

Vincent not only plays a major part as the eldest daughter, she also co-produced the film and wrote and performed songs for the original soundtrack, soon to be released on CD and vinyl.

“I think everybody loves a revenge film,” said Vincent, 28, a graduate of Mansfield High School who earned a drama degree at New York University. “People have said it combines noir with the spaghetti Western. You could say it has its version of cowboys and Indians.”

Vincent was initially hired for the part by independent director-producer Usher Morgan, with whom she collaborated on an earlier short film titled “Prego.” But as planning progressed, Vincent was brought in as a co-producer, helping with Morgan’s original script, editing film and scoring and performing the music.

“Some small films might have two people talking,” Vincent said. “Our movie was a feature with locations, a complete cast and lots of action. Everybody told us it was impossible. But we did it.”

Vincent said she has been captivated by acting since childhood, appearing in local youth theater productions and school plays as well as projects for the Friends of the Orpheum, which is now the Rodman Center for the Performing Arts.

Her very first role came in fifth grade at the Jordan Jackson School in Mansfield, impersonating Britney Spears and Shania Twain in a variety show. Vincent was also vice president of the short-lived drama club at the Mansfield Music and Arts Society, where she also performed.

As an adult, she has appeared in a number of short indie films and live theater projects.

While nothing like Hollywood, Vincent feels stimulated by the world of independent cinema.

“Independent film is made up of a bunch of talented people who love making stuff up,” she said.

That more than fits Vincent, who is also a guitarist and songwriter who found her musical talents suddenly in demand when there was no budget for a score on “Pickings.”

“Having been part of the pre-production process, I had some ideas about writing music to fit the movie,” she said. “I’d never written a country song in my life, but that didn’t stop me.”

Getting “Pickings” from script to screen wasn’t easy. Shooting actually began in 2016 and was completed over a one-year period. The film trailer wasn’t released until late December 2017.

Now that it is finally being released, Vincent said that “excitement” is an “understatement” for how she is feeling.

She and a large number of friends from the Mansfield area are planning to see the movie Saturday night in North Attleboro.

“After the premiere this past weekend (in New York), it really does feel so great,” she said. “No matter what happens from here, this has happened, and that’s more than enough for me.”

Vincent said the film has stretched her filmmaking skills and she hopes for more movie roles in the future.

“This isn’t so much a passion as much as it is just what I do,” she said. “Can’t seem to help myself. So I’d like to continue to be given the opportunity to do so. And I’d like those opportunities as frequently as possible.

“And I guess I’d like audiences to dig what I do, but that’s me just being picky.”

WHAT: “Pickings,” an indie film with Mansfield native Katie Vincent in a lead role