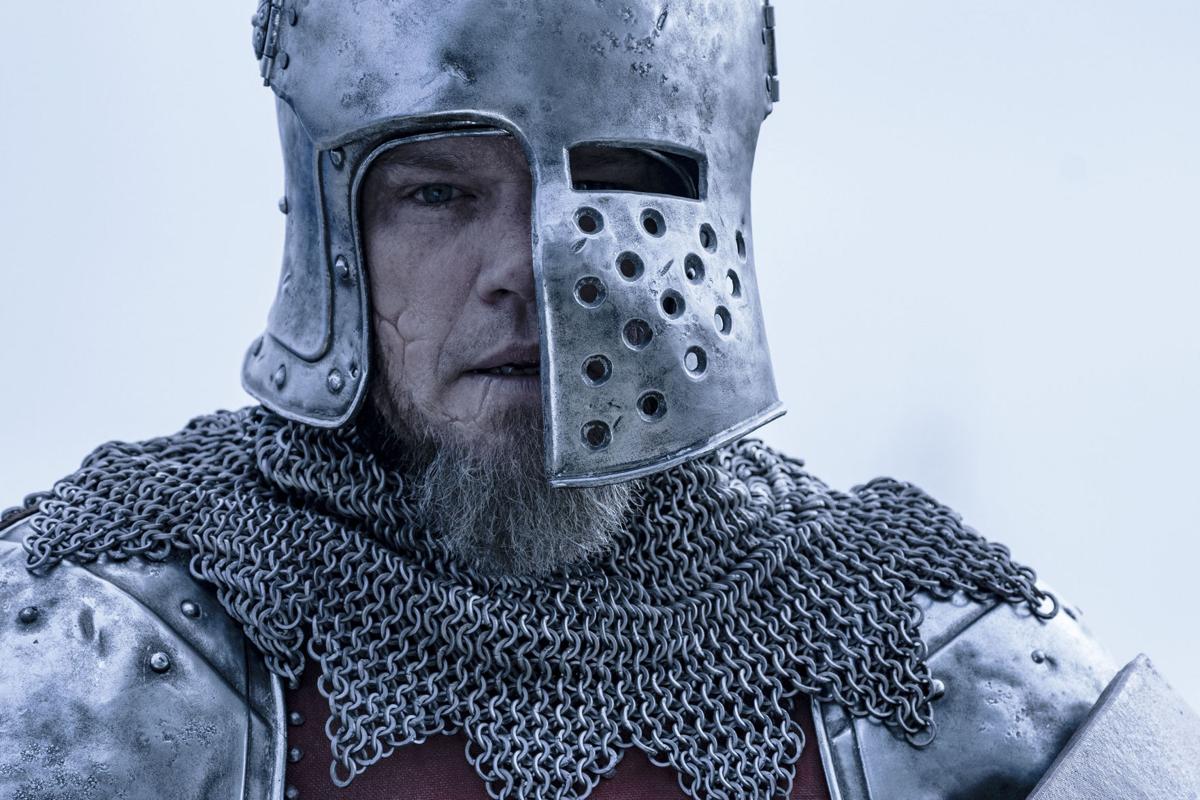 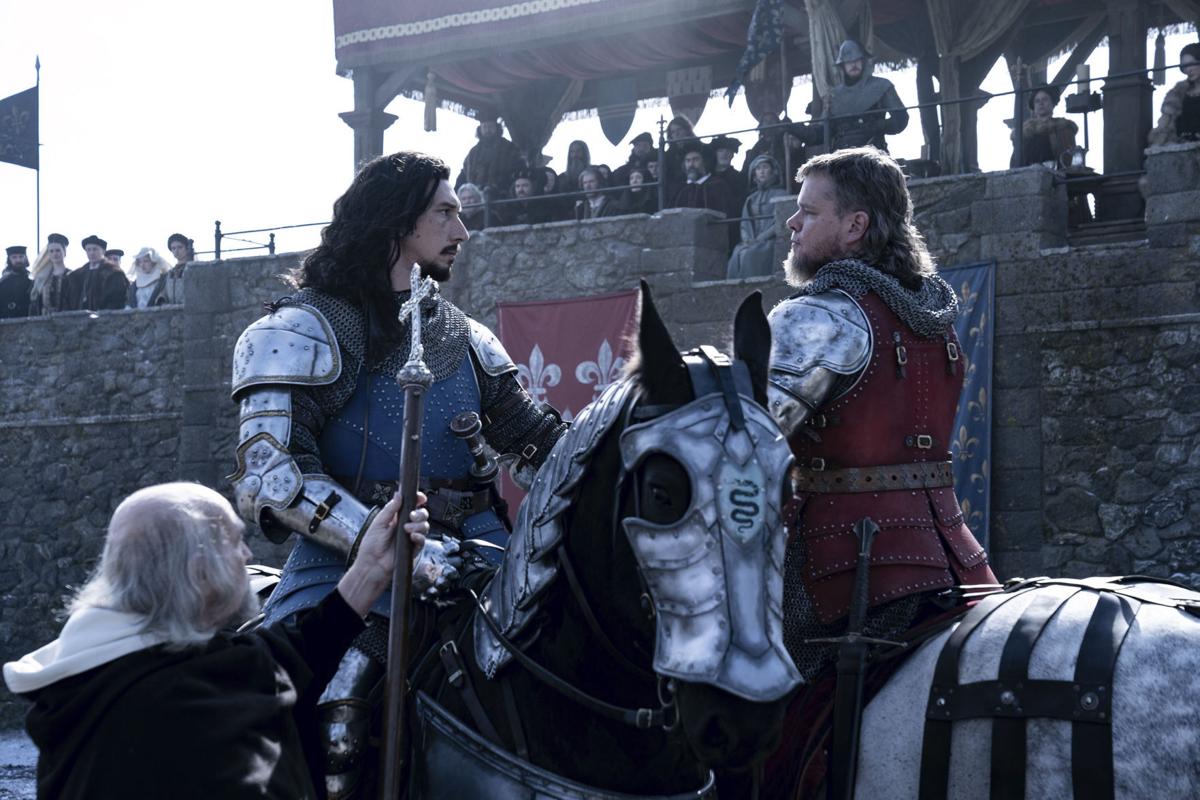 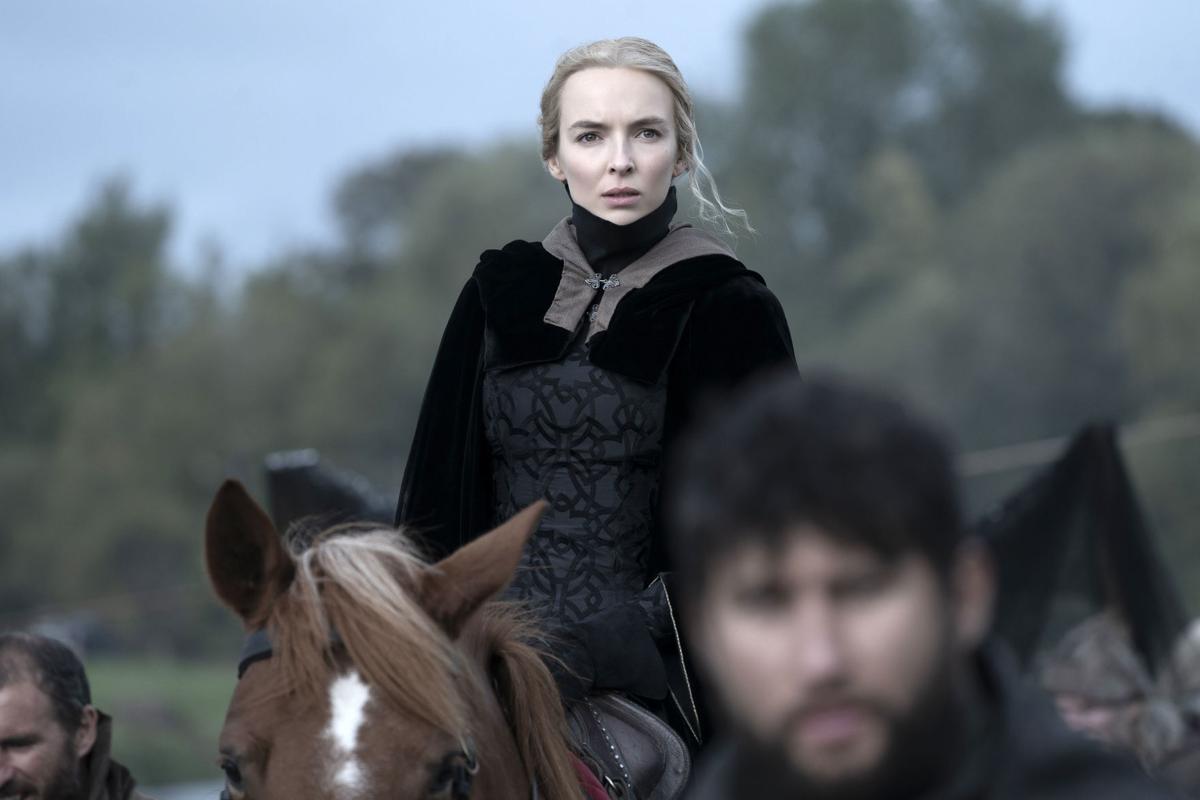 One way to tackle a difficult, challenging, taboo or otherwise complicated subject on film is to set the story in a period far, far away from our recognizable present, which often allows screenwriters to be that much more frank about the topic at hand.

In “The Last Duel,” directed by Ridley Scott, a 14th century setting offers screenwriters Nicole Holofcener, Matt Damon and Ben Affleck, adapting a book by Eric Jager, the opportunity to unpack the hypocrisy of modern rape culture via the gender politics of medieval France, demonstrating not how modern these issues were, but how regressive many current viewpoints remain.

“The Last Duel” plays with perspective in order to lay out the truth of the conflict behind what is considered to be the last recorded judicial trial by combat. The story unfolds “Rashomon”-style, in three chapters, with the truth presented according to Sir Jean de Carrouges (Damon), Jacques Le Gris (Adam Driver) and Marguerite de Carrouges (Jodie Comer). There’s never any question about whose truth reigns supreme, as Scott puts his thumb on the scale, visually.

As the story unfolds over these three chapters, each person’s truth different from the next, Scott nudges the audience to question everything that’s been previously presented, the details and perspective shifts that occur in all forms of storytelling, especially in filmmaking. He doesn’t just offer us the chance to question the biases of how this particular story is told, but to question all stories told cinematically; to question the specific perspectives inherent in filmmaking itself.

Damon, his face scarred, sporting a rough mullet, is the warrior and soon-to-be-knight Jean de Carrouges, possessed not of charm or education, but a historic and noble name.

His friend and fellow squire, Jacques Le Gris, has no ties to aristocracy, but he’s handsome, suave, and well-read.

Jean’s nemesis is Count Pierre d’Alencon (Affleck), a dandy, a libertine, and he soon comes between the two war pals. As incongruous as the casting may seem, it eventually reveals itself as perfect for telling this story.

Contrary to most period pieces about knights and duels, not one of these men are heroes or heroic in any way. Soon, we meet the true hero of “The Last Duel,” Marguerite. Comer’s casting is a stroke of brilliance; she shines so brightly on screen she eclipses everyone else, and for this role, rightfully so. The men almost immediately reveal themselves to be the worst. Jean, even in his own chapter, is a prideful oaf. Pierre is a bully and a hypocrite; the rakish Jacques, perhaps worst of all, is a rapist and liar. Marguerite remains a beacon of truth and justice, and Scott, and the screenplay, allow Comer to rise to the occasion beautifully.

Scott’s cinematic craft is predictably impeccable, from the brutal battles to the period-specific castle interiors, lit by blazing firelight, sumptuous costumes by Janty Yates and thumping score by Harry Gregson-Williams. But the craft and style, while impressive, remains in service of the storytelling and performances.

At the center of the swirling storylines is a rape accusation that Marguerite brings against Jacques, at tremendous risk to her own life. While it’s the trial by combat, the duel itself, that offers the film its stakes (and its title), what’s significant is what precedes the duel: the trial that Marguerite endures, which is a way to indict the backwards thinking that still permeates the rhetoric of modern judicial systems. The screenwriters litter the trial with verbal Easter eggs ripped from the headlines, and the “Rashomon” device is the perfect way to represent the he said/she said battles that shape the litigation of sexual assault cases.

“The Last Duel” is perhaps the first big budget prestige period piece to take its broad sword to rape culture from a female perspective, and it’s a startlingly sharp assessment.

Where to watch: in theaters Friday