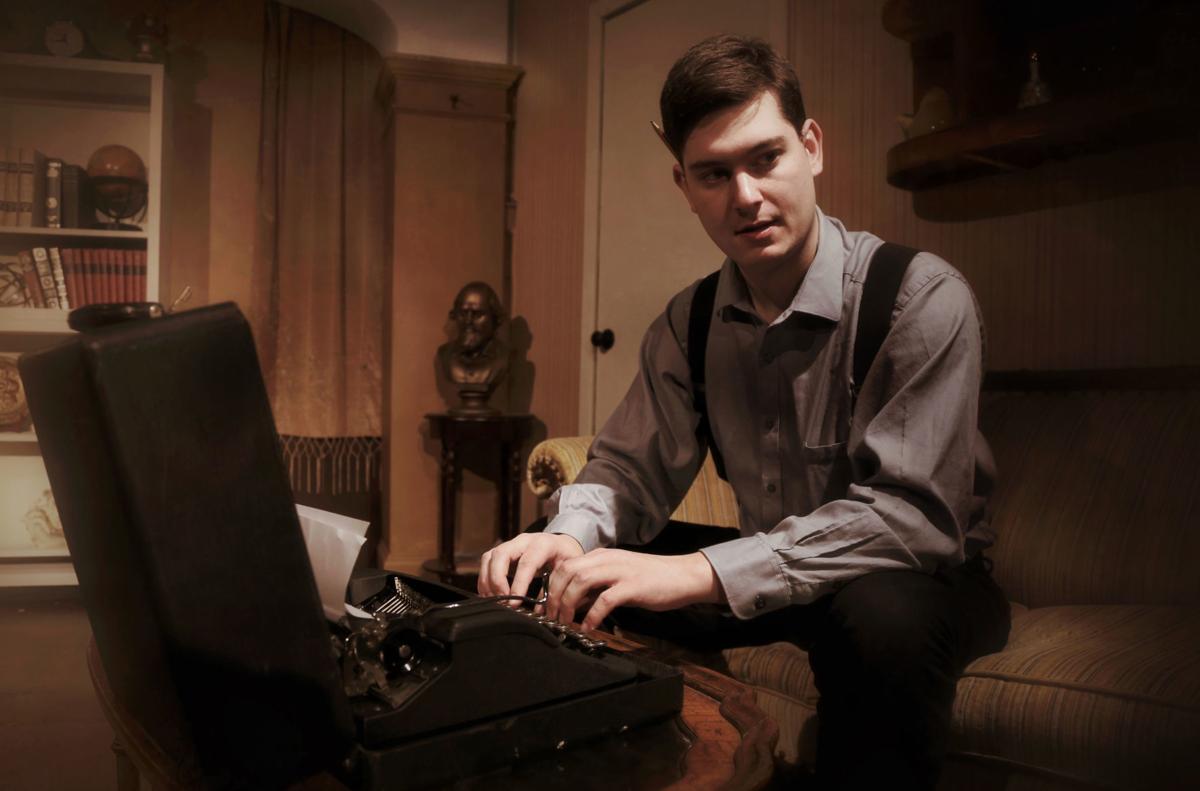 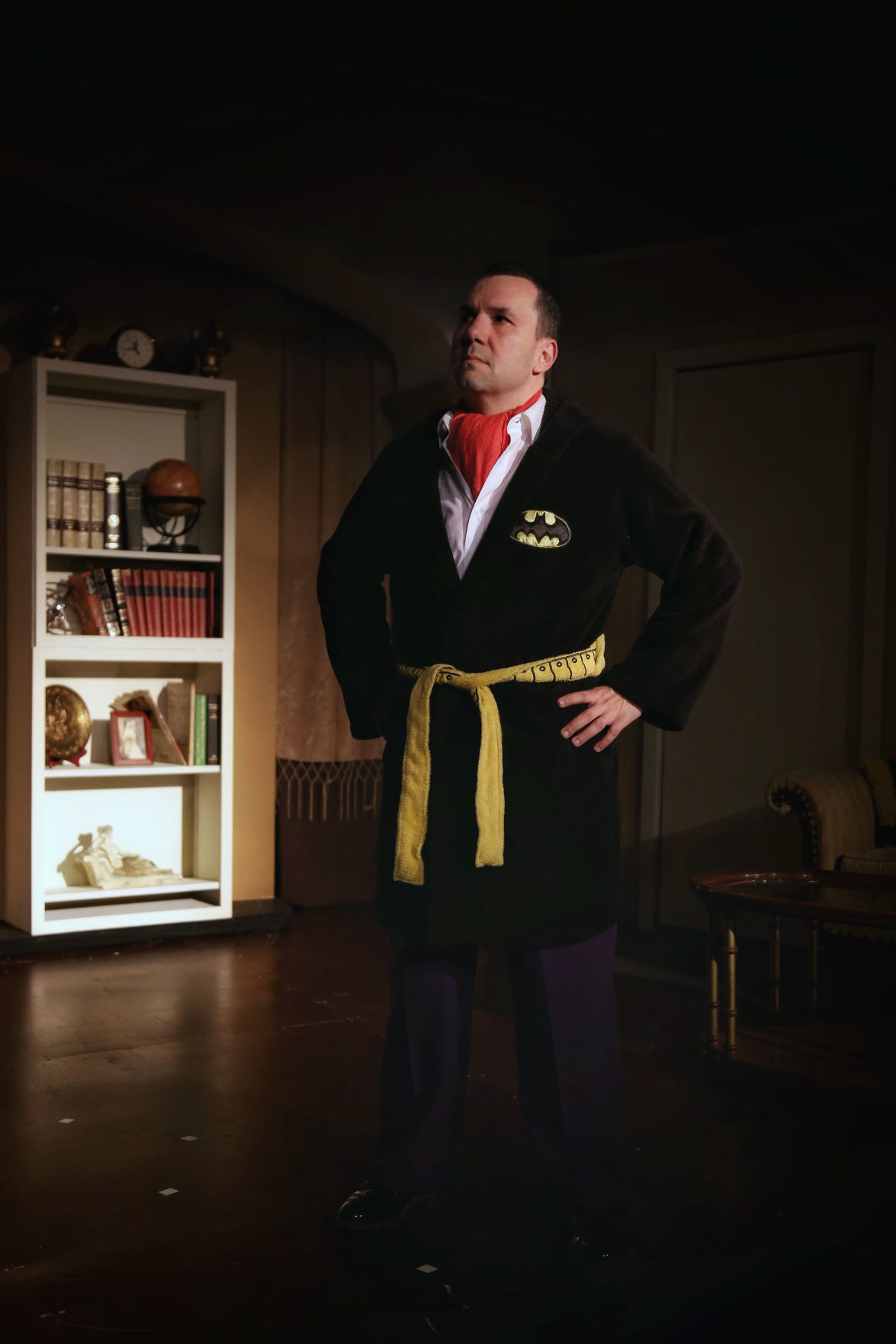 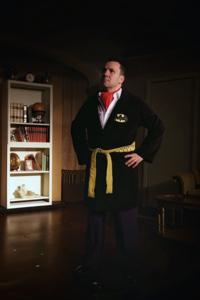 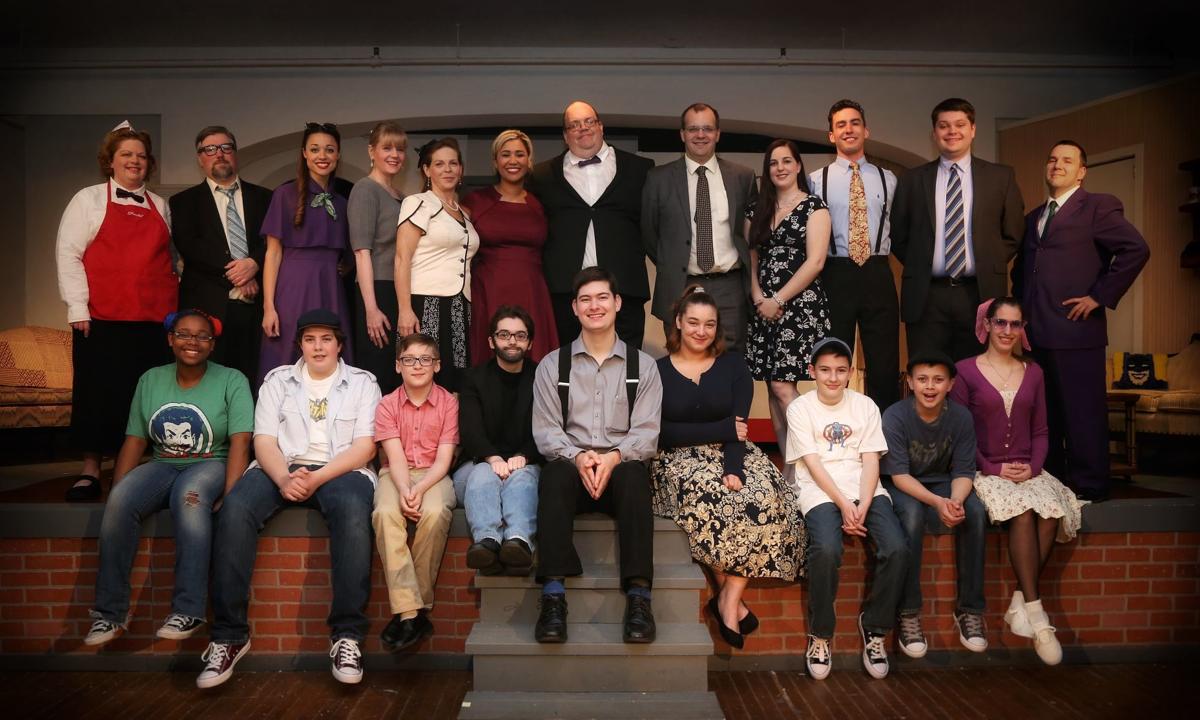 The cast of ACT's "Co-creator." (Photo by David Cantelli)

The cast of ACT's "Co-creator." (Photo by David Cantelli)

ATTLEBORO — Did you grow up watching the “Batman” TV series starring Adam West and Burt Ward? Or did you read the DC Comic books Green Lantern, Superman or Batman? Or did you have a favorite TV villain such as The Joker or Penguin? (Mine was Catwoman.) Or do you enjoy those “Justice League” movies?

If so, you can thank Bill Finger. Who is Bill Finger you may ask? Well, a trip to Attleboro Community Theater for its latest production, “Co-creator,” is a great way to find out. Even if you are not into comic books and are just looking for a night of fun entertainment, “Co-creator” packs a punch, as in “POW!”

With a well-written script by playwright Lenny Schwartz of Providence, “Co-creator” is a biographical play about Finger, a comic book writer who helped Bob Kane create Batman and most of the Batman universe, as well as other comic book characters and story lines you will learn about.

We first meet Finger working as a shoe salesman, but all he really wants to do is be a writer. The character reveals this to the audience in one of several pithy monologues. He runs into Kane, an old high school classmate, who works as an artist for DC Comics. He hires Finger to be a ghostwriter.

Co-directors Jeanne Smith and Dave Almeida handle the material well while subtlety paying homage to Finger and the Batman universe through character development, props and even the stage hands.

In a telling scene in the first act, the audience not only learns how Finger co-created Batman with Kane, but also gives us a good sense of who these individuals are.

Finger is only interested in writing stories; he is the creative genius, interested in truth and justice. Kane, aptly costumed in the colors of The Joker, a purple suit and green tie, quickly becomes the villain as he seeks out fame and glory by taking credit for everything.

As Finger, Bob Lively of Attleboro ably projects his character’s naïveté with a range of emotion that depicts the pride and obsession of a writer’s life as well as the loneliness, sadness and resentment that develops as the Batman character becomes a pop icon and Finger is not given credit.

Finger is the hero of the play and you will immediately like him.

You will equally hate Johnny Bender as Kane, not because of bad acting but because his acting is that good. You see Kane for who he truly was: an arrogant, fame-loving, pompous jerk. Bender, also from Attleboro, and a first-time actor, depicts Kane so well as a villain that he was booed during the curtain call.

Though the play centers on the tension that builds between Kane and Finger as the popularity of Batman grows through the years, we also meet some of the other contributors, including Jerry Robinson, a young illustrator working with Kane and Finger.

This smarmy young man is aptly portrayed by Michael Capalbo of Cumberland. He nearly steals the first scene he is in as his character works with Finger to collaborate on The Joker. Robinson was one of several that helped to give credit to Finger for creating Batman.

Others who worked with Finger include DC Comics’ editor, portrayed as both gruff and appreciative by Joe Livingston. Then there is George Roussos (Kyle Stephens), another comic book artist, and Gardener Fox (Shawn Perry), a fellow DC writer. It is clear from Stephens’ and Perry’s performances and interaction with Lively that there was a mutual respect among these men.

However, it is not until Jerry Bails, a comic book fan and historian, enters the picture that Finger begins to get credit for Batman. That comes at the 1965 Comic Conference in New York.

One of the funniest lines in “Co-creator” is when Finger asks Bails, “What is a comic conference?” That’s because RI Comic Con is now one of the biggest draws to Rhode Island in the fall. Matthew Moos is discerning in the role of Bails, trying to give credit where credit is due.

This play not only looks at Finger’s career but also examines his life and relationships with women and his son. We learn how Finger’s work as a writer hinders his marriage to his first wife, Portia (Megan Begin), and his second one, Lyn (Jasia Mackey).

One of the outstanding scenes, however, is a brief encounter Finger has with another woman at a bar, Laura. Kudos to Ryan Foster for her lovely homage to the Catwoman character. Her flirtatious wiles and purr-fect delivery are reminiscent of Julie Newmar, who portrayed Catwoman in the TV series of the same name. Though a short scene, it earned much deserved applause.

Kudos also to Caitlin Lively as the Umbrella Girl who introduced each decade with panache.

It is with Portia that Finger has a son, Fred, whom Finger says in one scene is his only friend. There are some endearing scenes between father and son. One with young Freddie (Atticus Terreault of Attleboro) and adult Fred (Saroh Hahn of Medway).

Because Kane wrote up a contract with DC that gave him sole credit as creator of Batman, he also ended up with the money. Meanwhile, Finger had no health insurance and died alone.

Even with Bails’ help, Finger never received the credit he was due for Batman until 2015, when Warner Bros, now owner of DC Comics, struck a deal with Finger’s granddaughter, Athena Finger. (She was a special guest of ACT on opening night last Friday.)

So “Co-creator” is much more than a play, it is a call for justice. It’s an intriguing play not only for those into Batman but for any artist or writer who has had to struggle to get their work known, and for those who still struggle to get health insurance.

It is a play for those who work daily with hope of doing what they love. It is play with, we dare say, Broadway potential.

So “POW!” See it while it is being staged in Attleboro this weekend and next.

Attleboro Community Theater’s production of “Co-creator” is onstage this weekend and next at the Bates Masonic Lodge, 71 North Main St., Attleboro. Performances are at 8 p.m. Fridays and Saturdays and 2 p.m. Sundays. For tickets, call 508-226-8100 or email attleborocommunitytheatreACT@gmail.com.

Labrador is the first place to find ice nacre. Then Da xa cu reserves are reported in Norway, Finland and many other locations around the world. Da xa cu brought many good things for people. These salespeople stone bracelet nacre help increase the charm, easy to score points in the eyes of customers. On the market there appears to nacre fake stones made from glass and pastel. Customers are looking for when shopping prestigious place like Gemstone An An to buy.