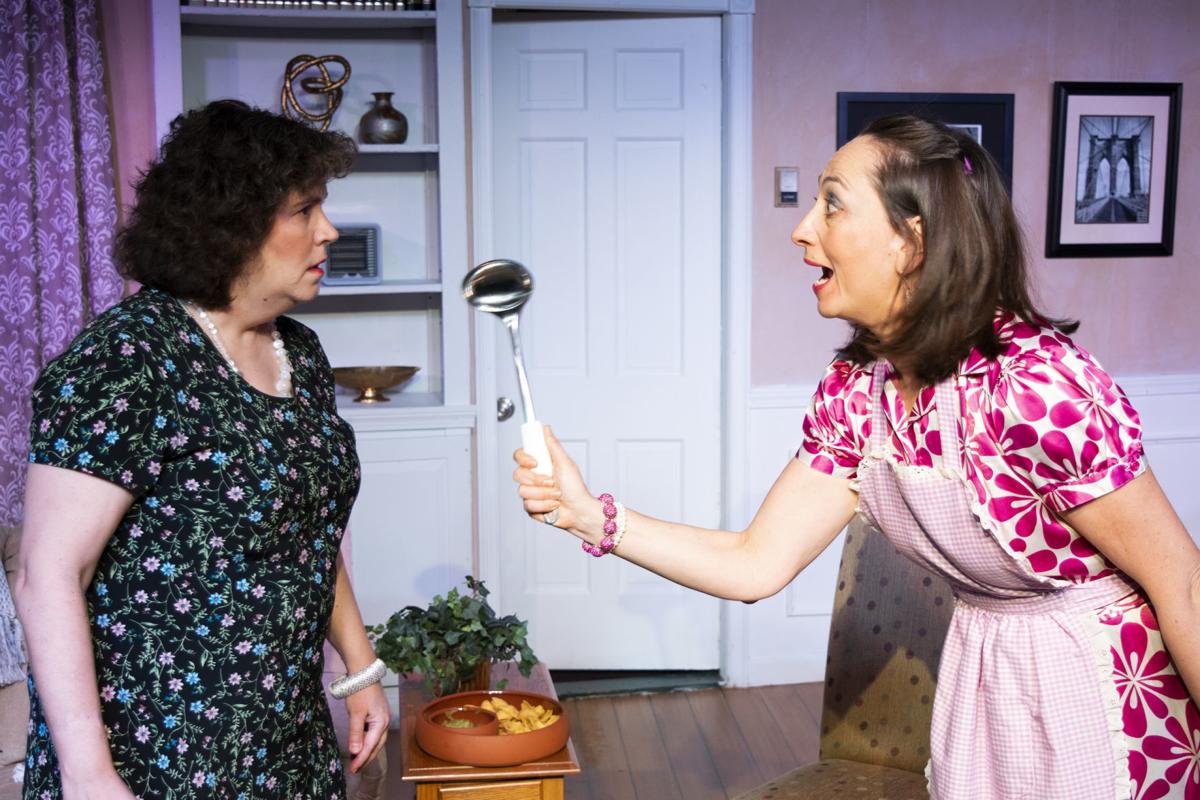 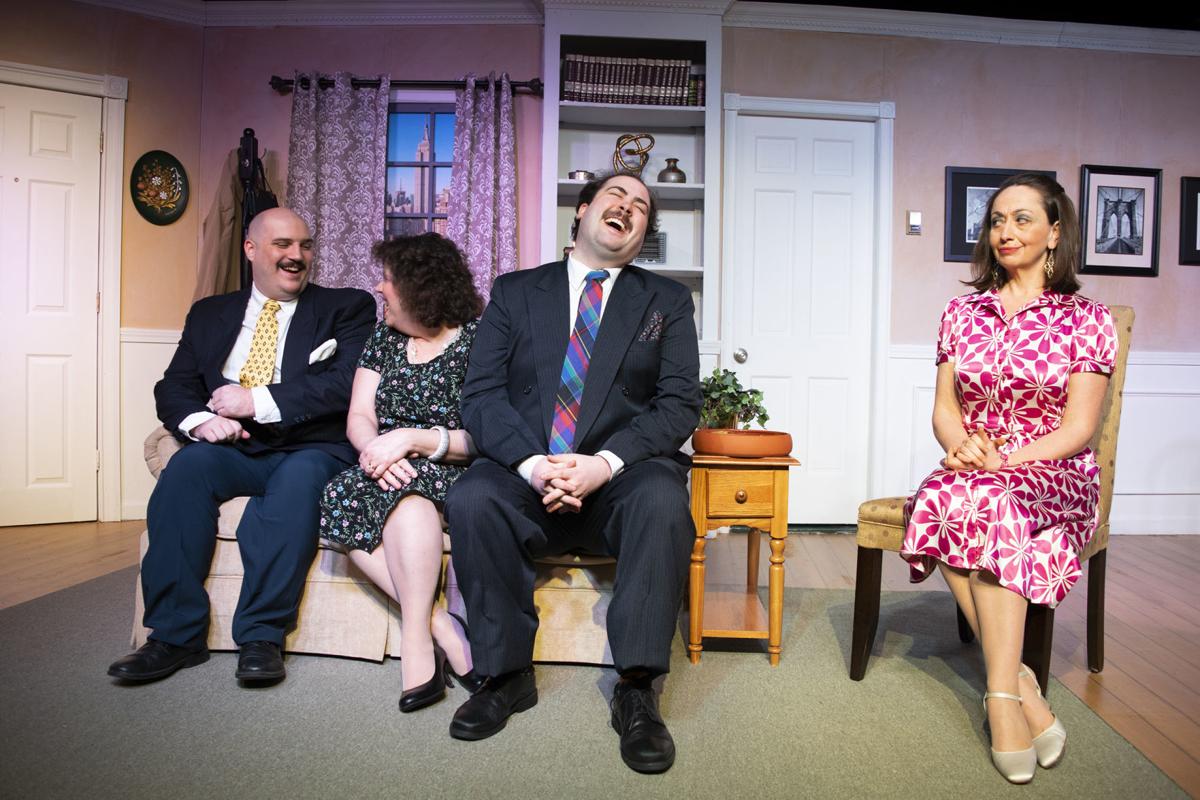 From left, Benjamin Medeiros, Rachel Morandi, Will Rigby of Mansfield, and Irina Gott in MMAS’s production of “The Odd Couple (Female Version).” (Photo by Laura Gustafson)

From left, Benjamin Medeiros, Rachel Morandi, Will Rigby of Mansfield, and Irina Gott in MMAS’s production of “The Odd Couple (Female Version).” (Photo by Laura Gustafson)

The show is directed by Marianne Phinney and stars Rachel Morandi of Bellingham as Olive Madison and Irina Gott of Sharon as Florence Unger.

Act 1 opens with the weekly game of Trivial Pursuit in Madison’s messy 1980s Riverside Drive apartment, where pizza boxes, newspapers and shoes cover the sofa and chair and the kitchen is a wasteland.

Four of the usual six weekly players are at the dining room table, stumped by a sports trivia question. Olive sweeps in from the kitchen with the obscure answer, and the fun begins.

As the game progresses, each of the players has her moment to shine.

Liz Eacmen (Boston) is the wisecracking cop, Mickey. She carries a gun in the tiniest handbag possible and has mastered the eye roll.

Leanne Law (Bridgetown) is the funny, chain-smoking Sylvie who “married a penguin” (inside joke; you had to be there).

Cynthia Small (Medfield) plays Vera as a tiny bit clueless, a perfect foil and straightwoman for setup after setup.

Into this scene arrives Florence, distraught and inconsolable because her husband is leaving her after 14 years of marriage. Gott plays the fastidious role with complete mastery of mannerisms and sudden spasms.

She totally steals the show and had the audience rolling in the aisles with her perfect comic timing. She’s just so dead on as the compulsive neat freak who will sweetly drive Olive to distraction in the next two weeks.

When Act 2 opens, the apartment has been transformed into an inviting, neat space. The dining table is set with linens and crystal. Even the bookcase has had a makeover with volumes neatly arranged. Objets d’arte abound and the Rolodex is right next to the phone.

Florence is cooking a gourmet meal and guests are expected at any minute, but Olive is late. Florence is seriously offended but Olive doesn’t see a problem with her tardiness. She’s thinking about her great expectations for the evening, totally unrelated to the menu.

Guests? The Costazuela brothers from upstairs are coming for dinner. The scene just couldn’t be funnier. Benjamin Medeiros (Jamaica Plain) and Will Rigby (Mansfield) are totally believable as brothers, playing off each other in well-rehearsed dialog, sight gags and pronunciation difficulties. They are awkward perfection, including their suit and tie costumes. Just too funny.

If you ever enjoyed “The Odd Couple” with Oscar Madison and Felix Unger as a play, film and TV series, you will undoubtedly enjoy this production.

Director Phinney notes, “Although the female version never reached the popularity of the original, I think in many ways it’s a better play.”

Many in the sellout crowd on opening night last weekend apparently agreed, as they gave a standing ovation.