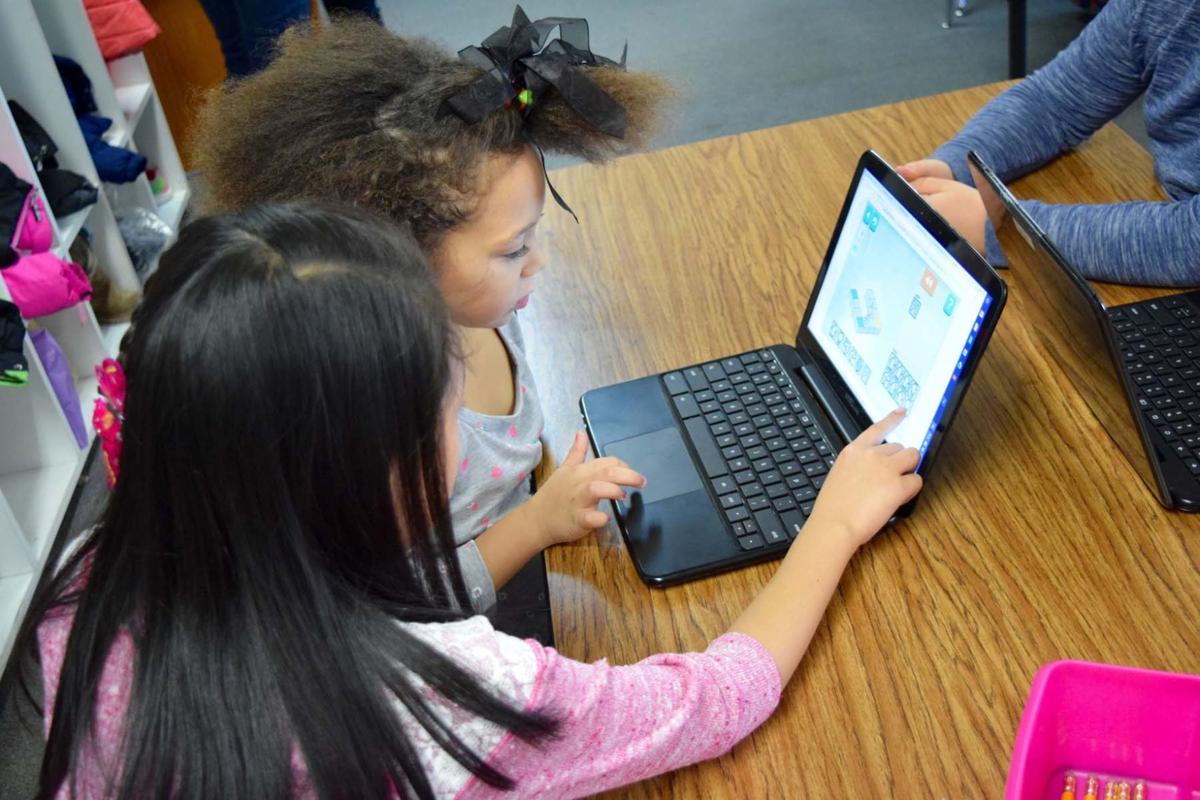 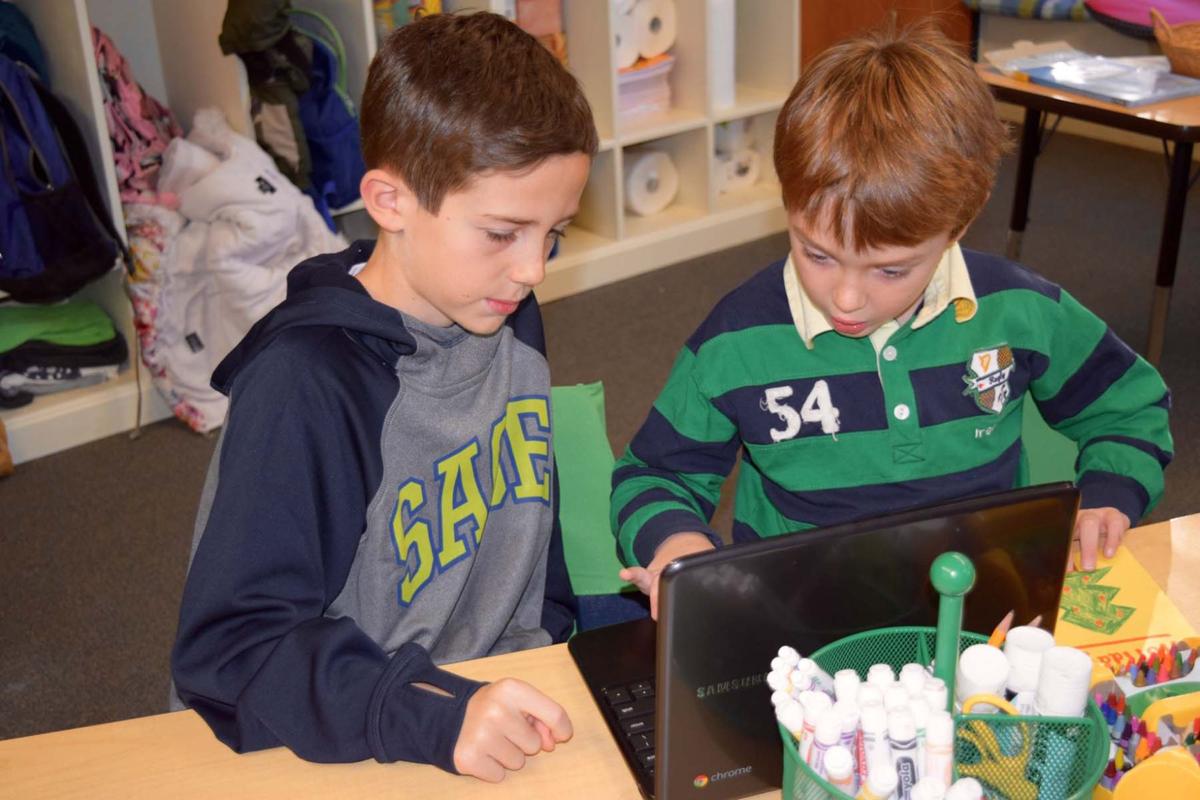 All students at The Sage School in Foxboro, from pre-kindergarten to grade 8, completed the "Hour of Code" as part of Computer Science Education Week. The agenda included the older students teaching the younger ones how to code. Fourth- through eighth-graders helped their younger buddies tackle coding challenges using programs such as Scratch Jr., Ozobots, Sphero robots, Box Island, Lightbot, Flappy Bird, and Minecraft. The Hour of Code is a nationwide event sponsored by code.org and corporations such as Microsoft and Google. Computer Science Education Week is celebrated annually in recognition of the birthday of computer programming pioneer, Admiral Grace Murray Hopper, born Dec. 9, 1906.