You are the owner of this article.
Edit Article Add New Article
News
Sports
Opinion
Obituaries
Classifieds
Subscribe
Share This
1 of 3 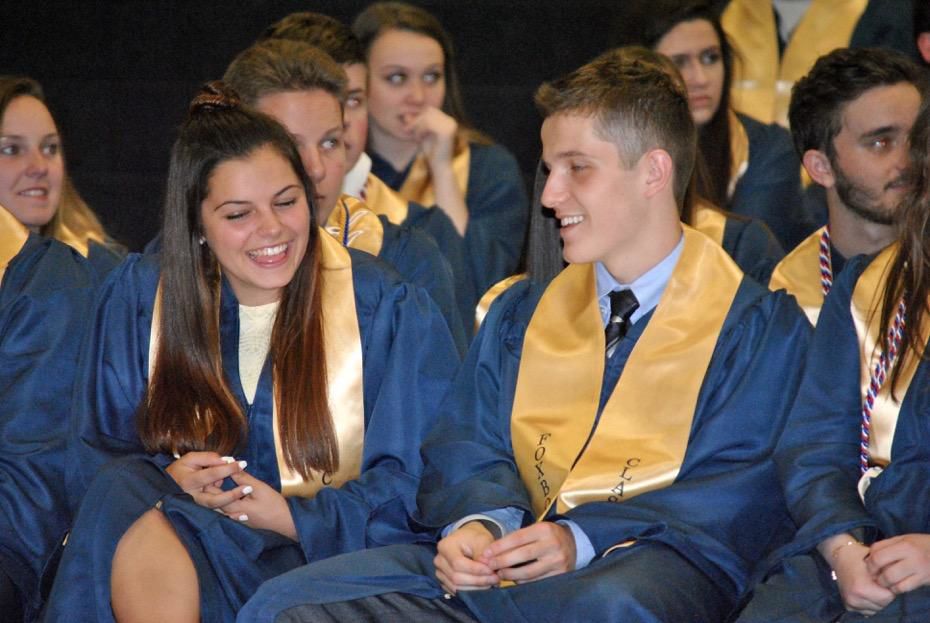 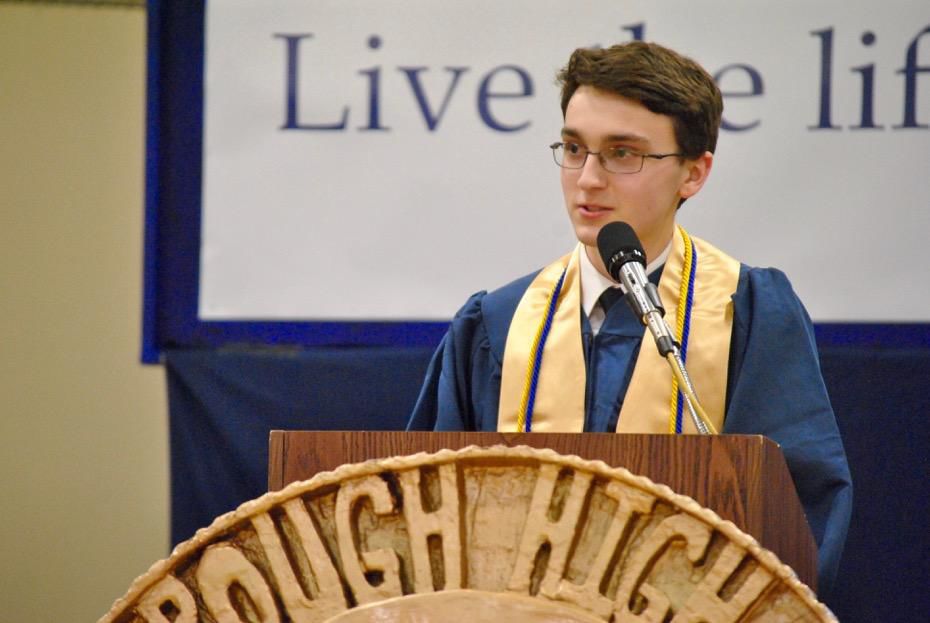 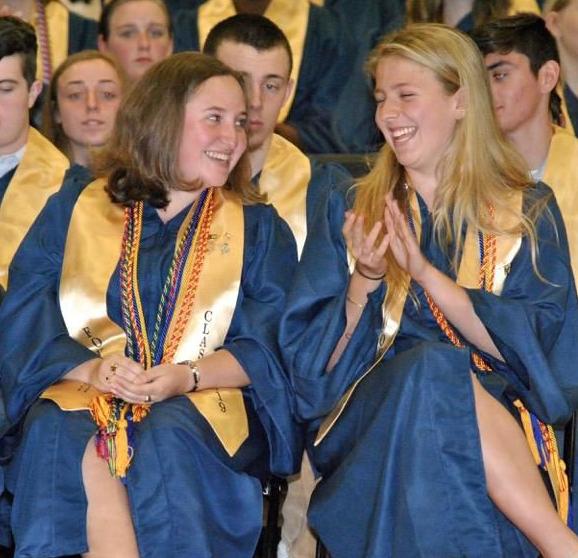 As twin centers of attention at last Thursday’s Class Night exercises, Eileen Warnat and Gary Good made certain their remarks were succinct and on topic.

On a night that soon-to-be graduates celebrated with classmates and faculty, these Foxboro High School fixtures — Warnat as guidance department secretary and Good as a longtime custodian — found themselves showered with affection by several hundred appreciative fans.

Introduced by class president Paul Relyea and vice president Jakob Waryas, Good and Warnat were centers of attention for members of the FHS Class of 2019, who dedicated the annual program in their honor.

“I am a little partial to the students in the music program,” Good quipped. “They’ve treated me with a lot of kindness and respect.”

Other faculty members recognized included guidance counselor Andrew Servideo, who senior Sophia DiCenso described as “one adult in the school had my back and was always there for me;” foreign language teacher Debra Grant, called as an “unwavering optimist” by senior Meghan Curran; music director Cami Tedoldi, who senior Ben Dorman said had profoundly affected his life; and student council advisor Holly Geffers, lauded by her early-morning enthusiasm by senior Aidan Davin.

“This world needs more people like you, Mr. Kaeser,” Duffy concluded. “But the fact that there is only one of you makes you that much more special to us all.”

Born in Mexico, Palomares initially immigrated to Texas with her family and later relocated to Foxboro.

“She has been a phenomenally positive addition in every respect,” Sylvia pointed out. “Her teachers comment on her remarkable confidence and poise, but most of all they speak of Paulette as a kindhearted person, a person that thinks way beyond herself.”

Although accepted to a range of colleges, Sylvia said Palomares will be taking a gap year to pursue her passion for music.

“Paulette is one of our ambassadors,” Sylvia added. “She embodies all that is good, truly a person for others.”

Senior medallions for academic excellence were presented by department heads. Among those honored were:

Mitchell also was recognized for earning a silver medal on the National Spanish Exam, while Julia Muise, Annie Murphy, Meghan Curran and Shaelyn McCarthy were all honored for proficiency in French.

Athletic awards were presented by athletic director Rich Cormier to Lexi Quinn and Will Regan, who received scholar/athlete awards; Chelsea Gibbons and Matthew Sharkey, who received the Joseph Heinricher Blue & Gold Award; Meghan Curran, who received the Al Stewart School Spirit Award; and Sophia DiCenso and Brendan Tully, who were named Warriors of the Year as the top athletes of 2019.

Sister act at graduation was deja vu all over again

For the parents of Foxboro High School valedictorian Kendall Milender it was deja vu all over again.