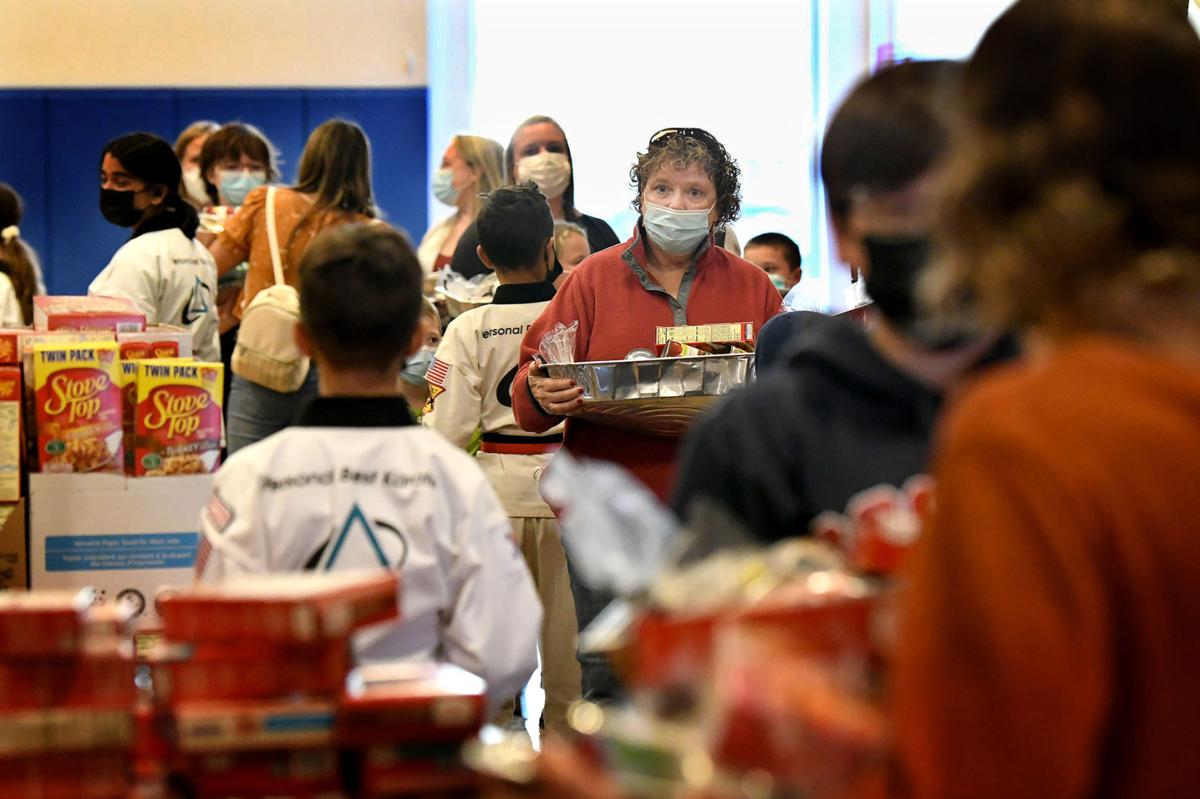 Hundreds of volunteers for the Turkey Brigade lined up to fill aluminum trays with all of the Thanksgiving dinner fixings. The trays of food were delivered, along with a turkey, to families in need. 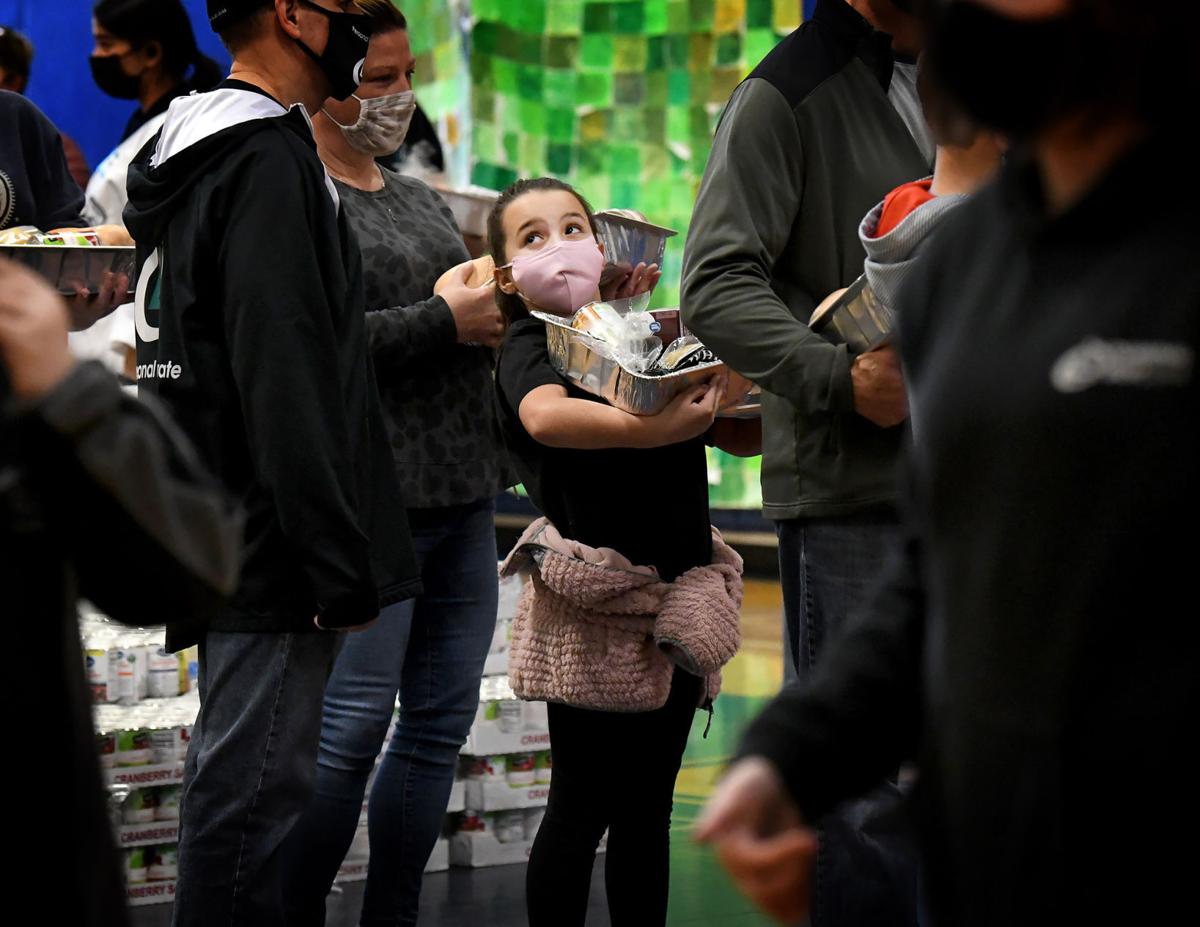 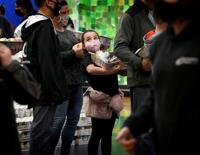 Skylar Davis, 7, of Norton, waits in line to hand off her tray of fixings to a volunteer who will then wrap the tray in cellophane during the annual Turkey Brigade sponsored by Personal Best Karate. 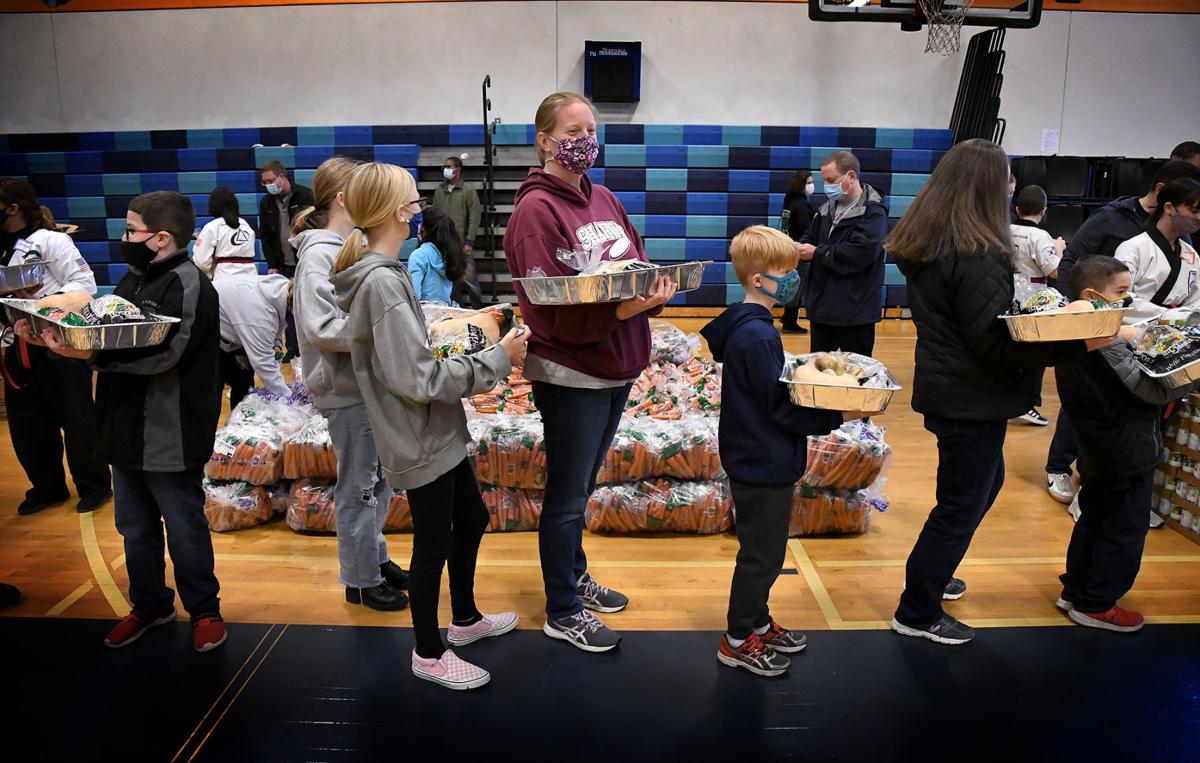 Hundreds of volunteers lined up to fill aluminum trays with all of the Thanksgiving dinner fixings.

Hundreds of volunteers for the Turkey Brigade lined up to fill aluminum trays with all of the Thanksgiving dinner fixings. The trays of food were delivered, along with a turkey, to families in need.

Skylar Davis, 7, of Norton, waits in line to hand off her tray of fixings to a volunteer who will then wrap the tray in cellophane during the annual Turkey Brigade sponsored by Personal Best Karate.

Hundreds of volunteers lined up to fill aluminum trays with all of the Thanksgiving dinner fixings.

In this season of particular need, volunteers Saturday once again gathered to assemble baskets with fixings for a Thanksgiving dinner to distribute to families in the area.

Volunteers through the Personal Best Charity have been collecting food items, money and assembling the baskets for nearly three decades. But this year, the effort took on a special flavor given the pandemic which didn't allow people to gather for the event last season and an increased demand for the baskets.

Packing and delivering happened over the weekend where Personal Best Karate students, their families, and community members assembled and delivered 2,000 of the baskets to local families in need.

Volunteers gathered Saturday afternoon and created an assembly line in the gym at the Foxborough Regional Charter School (FRCS), starting with turkey roasting tins which were successively filled at nine food stations.

Squash, potatoes, carrots, corn, string beans, stuffing, cranberry sauce, and brownie mix and gravy packets were loaded into each tin and then brought to a table to be wrapped and piled in neat rows along the floor for easy pick up Sunday.

Each tin can weigh up to 15 to 20 pounds. Some volunteers brought wagons to make the process easier. Volunteers worked until all 2,000 tins were assembled.

Each basket, along with a turkey, was delivered to a home on Sunday.

Nathan Cote, 16, a 10th grade Foxboro High School student and holder of a second-degree black belt, said it was important for him to volunteer because he is helping many families in need.

"I'm just really glad to spread joy in the community and to give to those who are less fortunate," Cote said.

Matthew Steel's son Anderson, a 4th grade student at Burrell Elementary School, has participated in the effort for three years.

Steel said seeing his son going out there, collecting money, donating it, and seeing the process of food getting put together and delivered, are giving Anderson a sense of community that he's a part of the community.

"To see that Anderson cares so much about this community, warms my heart," Steel said.

Faleehah Dam, a 10th grade student at Foxboro High School, who is training for her second-degree black belt, said this was her fifth year helping out with the Turkey Brigade.

She was at the gym early Saturday to help set up and she helped to wrap the baskets and loaded the trucks for delivery day.

She said the karate school teaches students the values of helping others.

"And now I get to do it myself in an awesome setting. It's great to see how we're going to be able to help families across a lot of towns," Dam said.

Christopher Rappold, Personal Best Charity Board of Directors/President and Founder, CEO, & Executive Director of Personal Best Karate, said it is their 26th year, but if they did not miss the annual event due to the pandemic last year this would have been their 27th serving the community.

"I think it's such a good feeling on two levels. One, it's where we're reaching out and being of service to the most vulnerable in our communities which I think they need.

And then on the second level, it's inspiring to me because this kind of ushers in that feeling of the holiday for all of the families involved with the Turkey Brigade," he said .

He thinks it helps to teach the youth about service above self in a very special way.

"Sometimes we donate money, but we don't actually see where it goes. This experience really provides the students they're involved in the fundraising, in the packaging and, involved in actually delivering the meal. It's done in a very special way," Rappold said.

Joe Sikula, head Instructor at Personal Best Karate in Foxboro who started the position in April this year, said he was excited to see how many families they can help in basically days' worth of work.

"Turkey Brigade shows that those that are able to and those that have can give small amount time but when we all do it together adds up to a huge amount of people that we get to help and showing that kids that they can help these families at such a young age are so huge," Sikula said, adding: "If students and community can just continue this and start to make this a way of life for the year to year, the number of things that they can help over time is going to be pretty incredible."