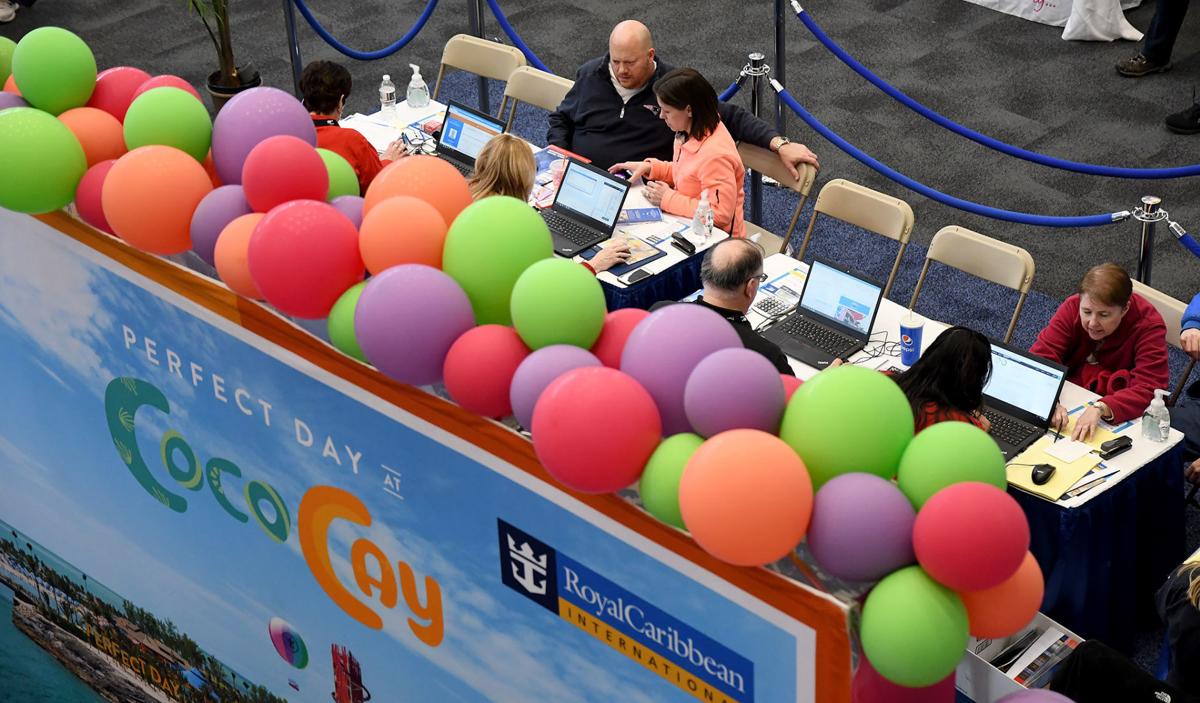 Visitors to the AAA Travel Marketplace at Gillette Stadium talk to representatives about planning travel during the first afternoon of the show last Friday. 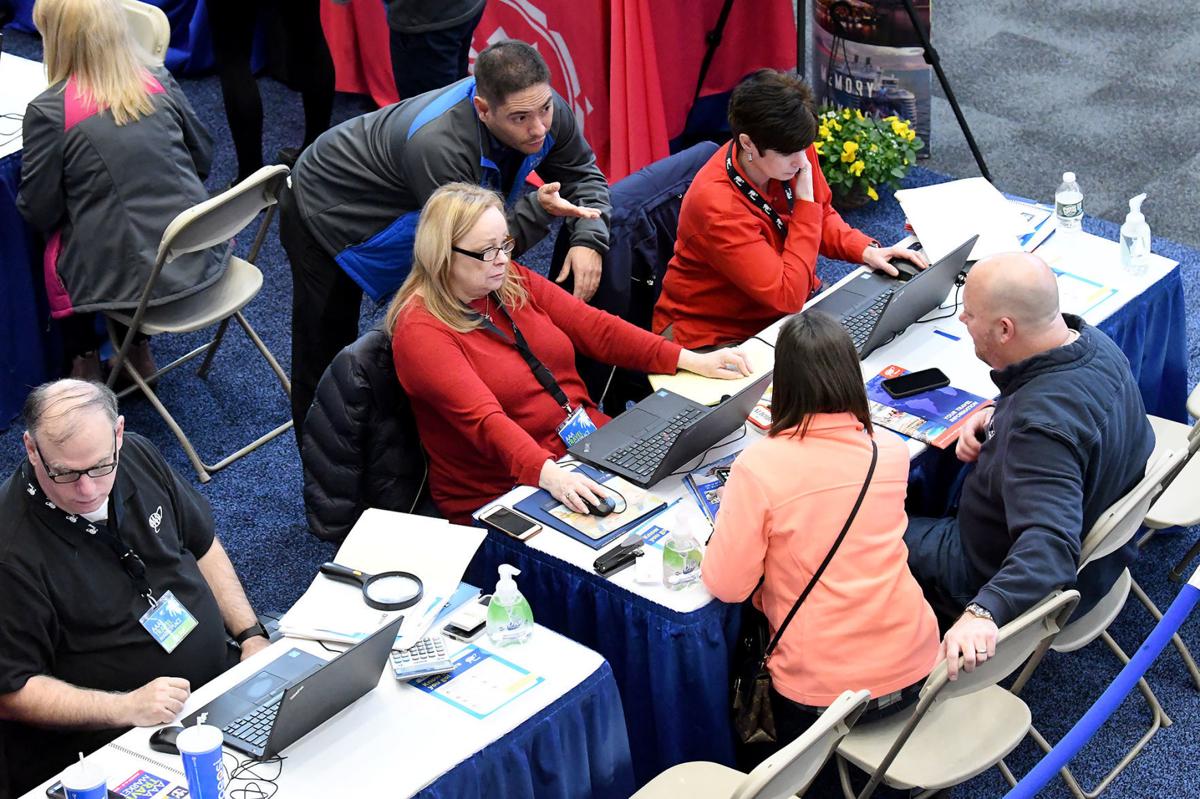 Visitors to the AAA Travel Marketplace talk to representatives about planning travel during the first afternoon of the show last Friday.

Visitors to the AAA Travel Marketplace at Gillette Stadium talk to representatives about planning travel during the first afternoon of the show last Friday.

Visitors to the AAA Travel Marketplace talk to representatives about planning travel during the first afternoon of the show last Friday.

Theodore Winters knows the coronavirus has been disproportionately affecting the elderly and is not taking any chances.

“Not now,” said Winters, who traveled to Gillette Stadium last Friday to take in the AAA Travel Marketplace.

“I’m 80 years old and I know it’s knocking off all the old guys and I’m not ready to go yet,” he joked while looking for information on taking a future trip, possibly in October.

His wife, Kaaren Winters, 77, said she and her husband have visited Disney World in Florida 20 years in a row and some years they went twice.

That is the kind of trip the couple are looking for once the spread of the virus subsides. They said they won’t go on any cruise ships because they’ve heard stories about passengers being quarantined.

Anthony Iozzia of Windstar cruises, who was staffing an information booth at the travel fair, said it’s obvious travelers are concerned about the virus.

“If anyone say they’re not, they are flat out lying,” he said.

Iozzia said his business might be down 10 percent, but his ships go mostly to the Carribbean where there have been no reports of the virus. So the impact isn’t too bad.

Cruises to Italy, Windstar’s fifth most popular destination, have been cancelled, but bookings to Alaska are up, he said.

Iozzia said his firm has a bit of an advantage as its ships are only built for about 200 passengers. Many travelers are more leery of getting on large cruise ships that hold thousands, he said.

They said there is no way they are going on a cruise right now and want to wait for signs the virus is going away. If it does, a cruise to Bermuda later this year is a possibility, they said.

Stephen Batjiaka of AmaWaterways, a river cruise outfit that does extensive business for trips down the Danube and Rhine rivers in Eastern Europe, said his customers seem to be delaying booking trips, but not cancelling them.

He said there haven’t been a lot of reports of the virus hitting countries like Germany and Hungary hard. Instead, it appears concentrated in China, Japan, Italy and Iran.

For those who would rather fly than sail on vacation, Eduardo Elias of the Azores travel association was telling shoppers at the crowded expo that the islands off the coast of Portugal were a perfect place to visit now.

He said the islands are fairly isolated in the Atlantic Ocean and there have been no reports of the virus hitting there.

Even on the mainland, Portugal has reported only had 13 cases and no deaths, he said.