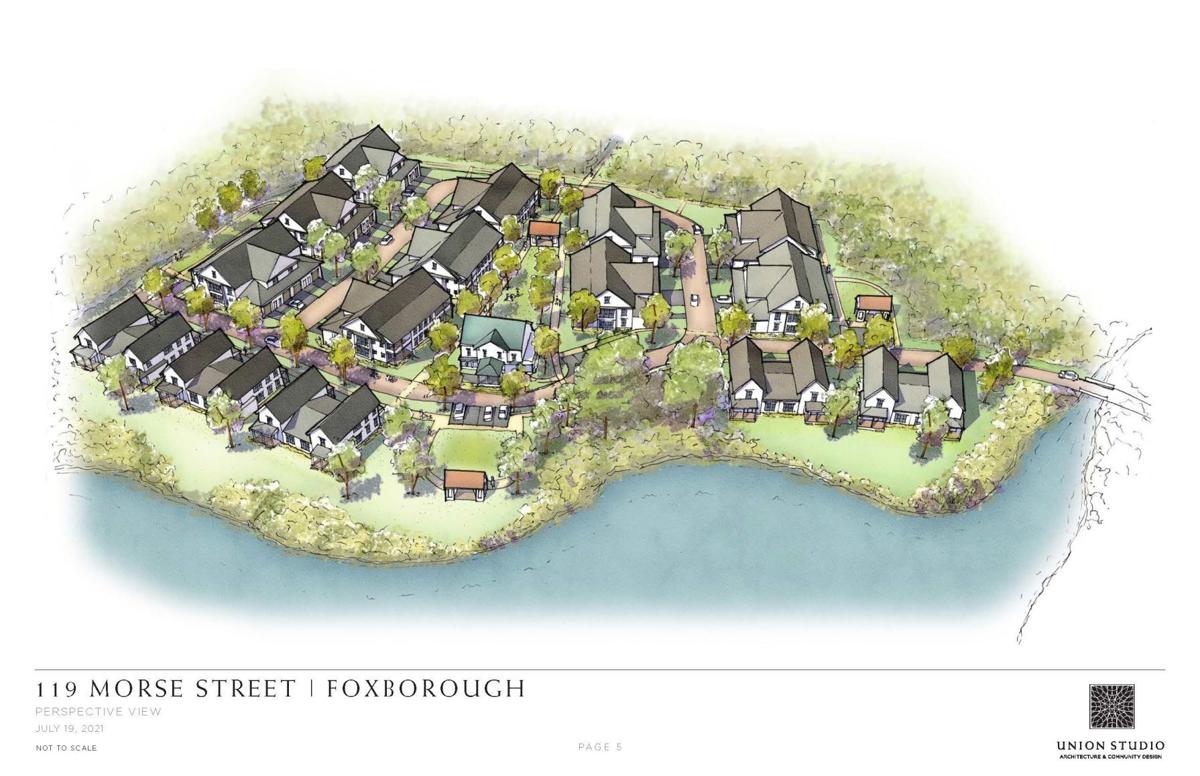 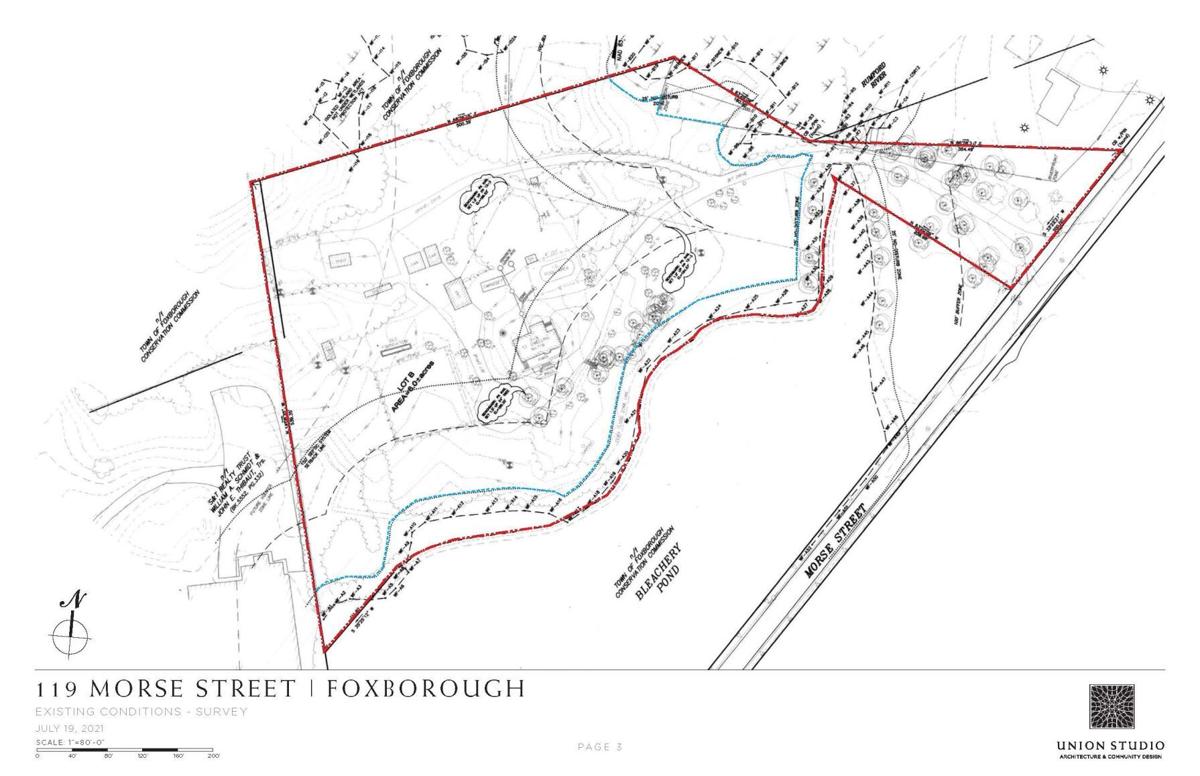 An architectural blueprint of the housing development proposed for Morse Street, near the Mansfield line.

An architectural blueprint of the housing development proposed for Morse Street, near the Mansfield line.

Selectmen are being asked to back an unconventional 52-unit housing project on a small, environmentally-sensitive parcel off Morse Street that otherwise could support only a handful of single-family homes.

But in return for a waiver from density limits, developers are proposing to build a self-contained village, with units ranging in size from 1,200 to 1,950 square feet, in response to a perceived lack of smaller-scale housing in Foxboro.

Support for owner-occupied housing that is smaller in scale (and presumably price) while larger in charm has gained traction in Foxboro, with new home construction increasingly dominated by oversized single-family homes driven by ballooning land costs.

“We have big houses and we have apartments,” planning Director Paige Duncan told selectmen during a Tuesday night presentation on the Morse Street project. “But where do folks go if they want to downsize?”

Owned by longtime resident and businessman Michael Saegh, the six-acre parcel -- long home to Willow Grover Nursery -- is located near the Mansfield town line and opposite the old Bleachery industrial complex.

Saegh attended Tuesday’s get-acquainted session with selectmen accompanied by a team of land planning specialists who said the current design calls for 10 units in cottage-style duplexes on Bleachery Pond, 40 units in two-story “fourplexes” clustered around small green spaces labeled “pocket parks” and two units to be fashioned from an existing historic house on the site.

Jeremy Lake, a senior associate with Union Studio, a Providence-based community design firm, said the architectural motif attempts to mimic the style and scale of that existing structure.

“From Morse Street you’ll still be able to look and see the existing home, so it still has the character you’ve known over time and is still respected in terms of its place in the history here,” Lake said. “It should be a wonderful place to live with lots of amenities and options to get out and about.”

Duncan said the Morse Street project is being proposed under the state’s 40b affordable housing program which allows developers to bypass some local planning and zoning regulations if fewer than 10 percent of homes in a community are not designated as affordable.

Although Foxboro has surpassed that threshold, with 12.8 percent of local housing stock now deemed affordable under state standards, Duncan explained that a voluntary 40b application will allow the town better control over densities greater than allowed under local zoning.

In keeping with the 40b process, 25 percent of units would be reserved for families or individuals with incomes between $60,000 and $90,000, according to Robert Engler, a consultant specializing in 40b matters. The remaining units would be market priced.

“It’s really benefiting the workforce here that can’t buy anything in town,” he said.

Engler said he envisioned selectmen helping refine the project in partnership with the development team, but said the plan ultimately will be judged by members of the zoning board of appeals.

Buckley added the property in 2008 was permitted to allow construction of a commercial structure housing 33 separate contractor bays, but that project was never built.

Just as important, the site has access to municipal sewer and is less than a mile from the Mansfield train station.

Anecdotally, Saegh told selectmen the concept originated when he and his wife started to contemplate downsizing options.

“We want half of what we have now and there’s no place to go,” he said. “There’s probably a fair amount of people in the same position I’m in, who want to downsize and would go into a project like this.”

Acknowledging the Morse Street plan as “a different type of project” in a unique location, selectmen Chairwoman Leah Gibson said the board still needs time to digest the impact on local schools, public safety and other infrastructure.

Linda Shea of Market Street, who has been involved in helping develop an emerging housing production framework for Foxboro, cautioned selectmen not to confuse affordable and low-income housing, which she said serve different populations with different needs.

“Not everyone in town is opposed to alternative forms of housing,” Shea said. “And we really don’t have a lot of that here. I think it’s important that we spread our wings a little.”

Selectmen are scheduled to take up the matter again at the board’s Aug. 17 meeting.