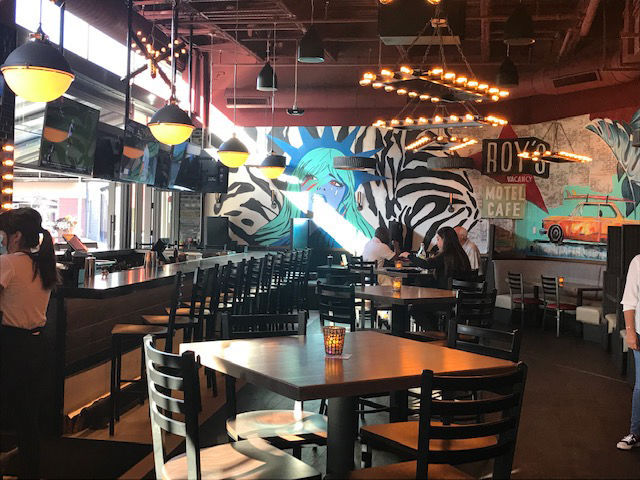 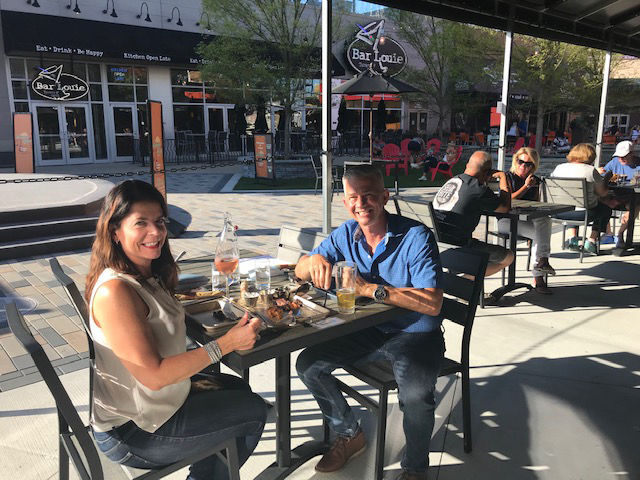 Thomas Perruna felt fortunate a few months ago that after nearly a dozen years running a successful Italian restaurant at Patriot Place in Foxboro, the plans were in place to open a second dining establishment.

Since Tavolino had built up a loyal following, he was confident his customer base would be wowed by the global cuisine-inspired concept he had for Citizen Crust, which was set to launch March 30.

But what was not in the launch plan was a global pandemic.

“There was definitely some anxiety and nervousness about it in March,” said Perruna, referring to the state-ordered shutdown over the coronavirus. “But we never contemplated to just walk away.”

The shutdown halted final aspects of the restaurant’s construction, but once the construction ban was lifted, Perruna was able to complete the restaurant and continue to put a new staff in place. It took patience and determination, but Citizen Crust was finally able to launch, first with just takeout and outside dining, then with inside dining on July 6.

“When we started looking into a new restaurant we thought, how can we present something really different?” he said. “And we wanted not just international but this idea of global street food. So it means smaller dishes, and this sharing plates idea with those at your table.”

Perruna said Citizen Crust is the first restaurant of its kind in the region. Greg Galano, the head chef who oversees the menu and kitchen, made sure even the pizza oven would be internationally inspired: It was custom built in Rome then shipped here.

To say opening a new restaurant amid the backdrop of a pandemic is unusual is an understatement, to say the least.

But there are exceptions. In May, The Sun Chronicle dining out columnist, The Notester, made note a few: Avenue N in Providence, Peppermint Panda in Tiverton, and Framingham Station in Framingham.

“I would say they are the exception to the rule, as nobody, or very few, are opening new restaurants right now,” said Bob Luz, president/CEO of the Massachusetts Restaurant Association, when asked about Citizen Crust.

There were 16,000 restaurants operating in Massachusetts before the pandemic hit, and now at least 3,500 of those are gone, Luz said, adding that for an industry that accounts for $18 billion in economic activity annually, it’s a huge hit.

But he credits both Perruna and Patriot Place for having the right ingredients to launch a new restaurant.

“They are good operators,” Luz said. “They know that market, they have a leg up from others.”

Perruna said Citizen Crust has enjoyed a strong reception from the public so far, perhaps indicating a pent-up demand among people who have spent many months cooking and eating at home.

Still, he noted that many are still approaching dining out carefully. At Citizen Crust, diners have the option to eat on the properly spaced patio or go inside to the airy dining room, where tables and booths are positioned alongside a series of brightly colored, floor-to-ceiling wall murals depicting international faces and cultures.

Though not allowing patrons yet, a long sleek inside bar sits adjacent to the patio, creating a seamless feel between the inside and outside, which Perruna said is important.

“We are finding people are asking for the outside more right now,” he said. “Some may feel safer, but they also are starting to feel good with our very spaced-out dining room.”

Outside dining seemed to feel right for Lisa Muntrie and her friend Lesley Tiffany one evening last week as they enjoyed pizza slices and tacos on the patio.

“This pizza is the best I’ve ever tasted, and I’ve eaten pizza in Italy and this is especially good,” Mutrie said.

She added the fried cauliflower taco was also delicious. “I love this place, it feels great to be here, it just feels normal to be out again.”

The global street food options were a big hit with Jill Ouellette, who was dining with Rich Mullin.

“It’s a very diverse menu, it’s great for sharing, you can try a lot of different dishes,” he said, adding, ”It’s the best hummus I’ve ever had in my life.”

Robert paired his dinner with a glass of “cement shoes,” a Mexican-inspired mixed drink he ordered from the beverage menu that features exotic cocktails and many international beers and wines.

Another signature feature of the restaurant is an Italian-inspired “slice bar” that serves Roman-style pizza. It’s known for both a distinctly lighter taste than traditional American-style pizza and for its memorable crust, which inspired the restaurant name.

There’s also gelato to go at the restaurant’s walk-up window, with flavors such as sea salt caramel and pistachio, sorbet choices and more.

Since state regulations allow liquor to be included in takeout orders, customers can also add their preferred wine or beer choices in an order to go.

While much went into making Citizen Crust a desirable destination for dining out, Perruna understands that many people would just as soon stay home and eat, given the current circumstances. That’s why the restaurant caters to the takeout crowd, too, he said.

“We are one-stop shopping. People like that right now.”