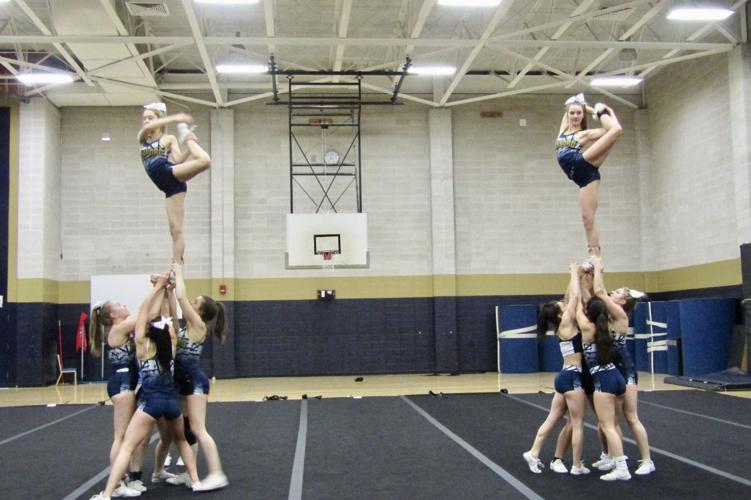 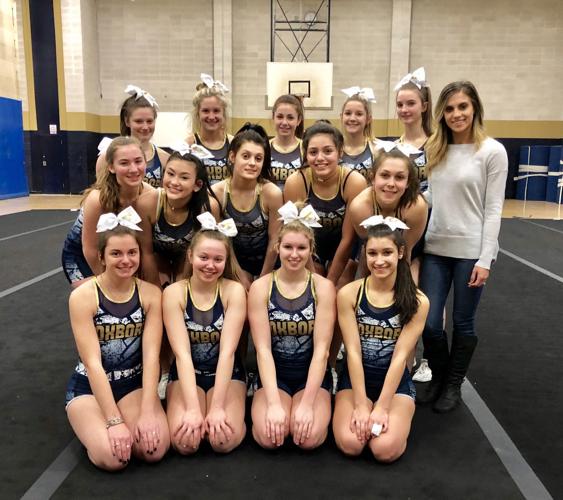 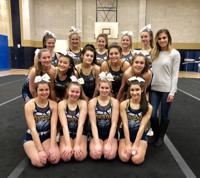 Hard work pays off when you qualify for a national competition, but help from the community may still be needed to get there.

The Foxboro High School varsity cheerleading team plans to compete at AmeriCheer Internationals at ESPN Wide World of Sports in Disney World in Orlando, Fla. They will be traveling to Florida Thursday, March 14 and returning home Monday, March 18.

According to coach Nikki Currier, the team needed to first qualify at their regional tournament to move on to the state competition.

At the state tournament the team needed to score an 86 or higher in order to receive a bid to compete at the nationals. They scored a 91.

The team will compete March 16 and 17, and their scores from both days will be averaged to determine placement. The varsity team includes a freshman, three sophomores, six juniors and four seniors — a total of 14.

“My goal for this trip would be for the girls to perform two clean routines two days in a row and that will lead them to success. Outside of the cheerleading aspect, I want them to enjoy this experience together as a team because they have earned it,” Currier said.

One of the four captains, Elise Parillo, 18, a senior who has been cheerleading for the past seven years, said the team needs community support.

Parillo went to Disney World for cheerleading a couple of years ago, but it wasn’t for high school. It was a youth cheerleading program.

“It was an awesome experience. I am so glad that my team gets to experience this year. I can’t wait because we get to compete for two days,” Parillo said.

“I am super excited to go to Florida. I went there for my freshman year and it was so much fun and had a blast. Usually, we compete one day but doing two days of competition is really awesome,” said another captain, senior Kayla Donovan, 18, who has been cheerleading for the past four years.

Zsanett Peimli, whose daughter Edina Busznyak, 17, is on the team, said she is very excited for the girls to compete at a national level.

“Not only will they be able to do what they love and participate in something they worked for so hard, but to know they will have the opportunity to meet girls from all over the country with similar interests is priceless,” Peimli said.

She thinks the experience will stay with them for a lifetime.

“I am a little nervous, not worried a bit about their performance, they are well coached and disciplined, hard-working athletes. It’s the injuries that make me nervous. They always push themselves and want to get better and give more to their team to achieve the most they can,” Peimli said.

The team is holding a fundraiser to cover the cost of traveling to Florida. Each team member has to come up with about $1,000. The goal is to raise $14,000.

Over February vacation, Feb. 19 and 20, the team is holding a movie fundraiser at 3 p.m. at The Marilyn Rodman Performing Arts Center. “Wreck-It Ralph” and “Wall-E” will be screened.

“We figured something fun to do with kids over February break would help support our team,” the coach said.

“As a single mom, I would not have been able to financially pull it off if I had to pay for it all in full. I appreciate and value the opportunities that help lower the cost of this trip and make it possible for all the girls to participate,” Peimli said.

Movie tickets are $7 and can be purchased at marilynrodmanperformingartscenter.org, at the box office or from any of the cheerleaders.