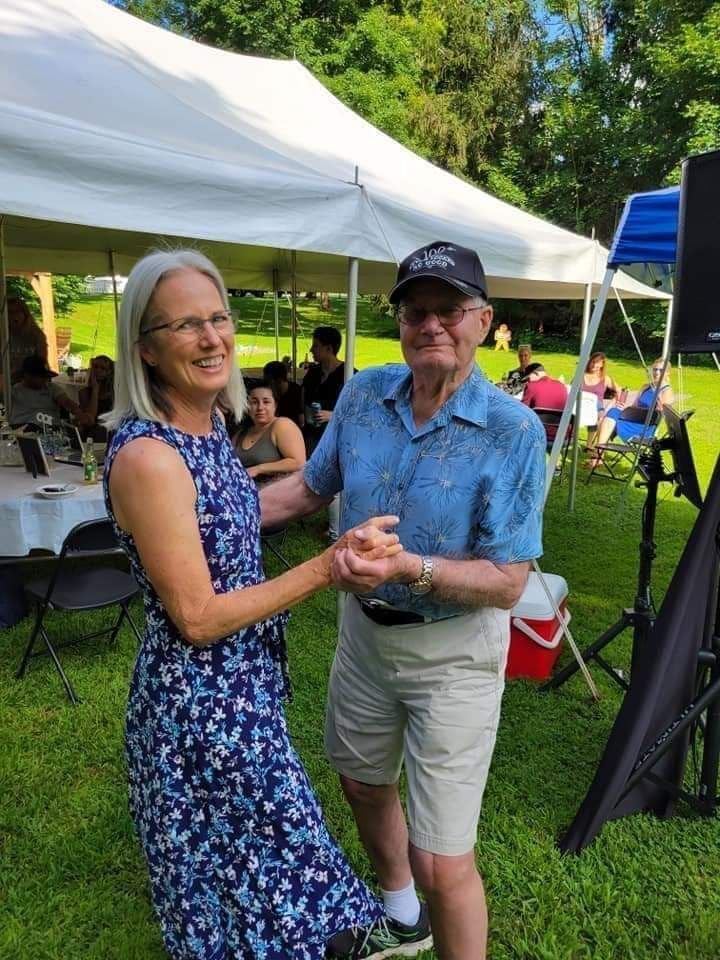 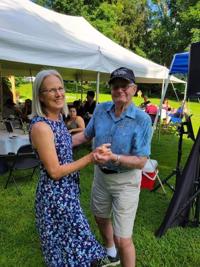 Charles Bridgham dances with his daughter Janis Eastwood at a party celebrating his 100th birthday. 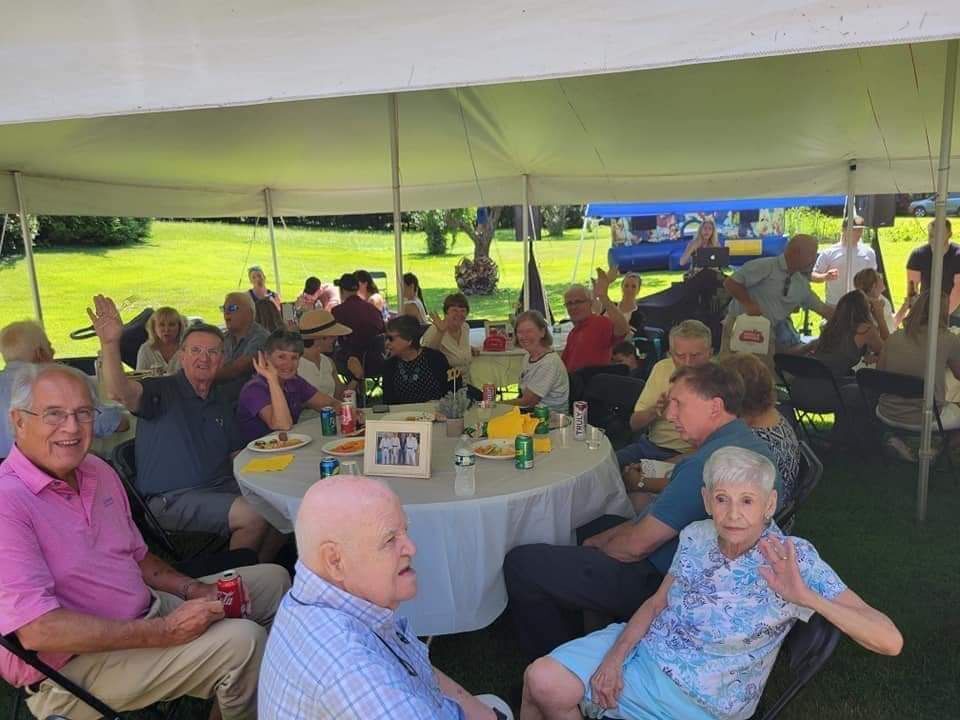 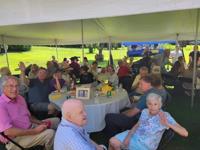 There were about 85 guests who turned out to a party over the weekend to celebrate Charlie Bridgham’s 100th birthday.

Charles Bridgham dances with his daughter Janis Eastwood at a party celebrating his 100th birthday.

There were about 85 guests who turned out to a party over the weekend to celebrate Charlie Bridgham’s 100th birthday.

That's exactly how the new centenarian celebrated during at a birthday bash at his youngest daughter's home over the weekend.

Bridgham, a war veteran and former Judo teacher, said he was absolutely thrilled that relatives from all over the country came to see him, along with friends present and past who came to celebrate.

Fraher said her father felt very loved and could not stop dancing to the music played by DJ for the day Amanda Carr who at one point commented,  “Charlie is the life of the party.”

His granddaughter, Carolyn Cahill, described her grandfather as a strong and inspiring man.

She said her grandpa taught her "age is just a number. You get one shot at life so make it a good one, full of being kind, teaching others, and being good to your body through eating right and exercising."

Bridgham traces his lineage to the creation of the country.  He is the eighth great-grandchild of John Alden and Priscilla Mullin who came to America aboard the Mayflower. His  side of the family eventually moved to Maine. He was born in Poland, Maine.

Charlie was a B17 crew chief navigator during WWII. After the war (in 1945), he came to Foxboro to live with his sister Thelma and brother-in-law Harold Rollins.

It was there that he met Jane Dodge, who lived across the street, and who would become his wife. Together they raised 5 children, 11 grandchildren and 10 great-grandchildren.

Bridgham worked as a heavy equipment operator for the Frangiosos out of Boston, but his side hobby during his middle years was selling Nutrilite.

"My father says he was a terrible salesman because he just loved to sit and talk to people," Fraher said.

Her father has been involved at St. Mark’s Church from his early years, taught Sunday school, and still attends services there today.

At age 40, he started taking Judo, eventually starting his own San Machi Judo Club because he wanted others to get the same feeling of accomplishment that Judo gave him.

"My father has taught many children from Foxboro and surrounding areas of which two went on to join the Olympics in the sport of Judo," Fraher said. Bridgham himself has a 7th-degree black belt and he holds the highest rank of black belt in New England, she said.

Bridgham's wife Jane died in a tragic car accident in 1991. He then met Ann Parlato with whom he has spent 30 years  encompassing her family of children and grandchildren into his life as well.

Fraher said it was an important birthday to celebrate "because it is a great accomplishment to reach 100 years of age and still be able to reflect on the life you led with the people you love surrounding you.

My father says he wants to live another 25 years as he is 'just starting to feel old,' she added.