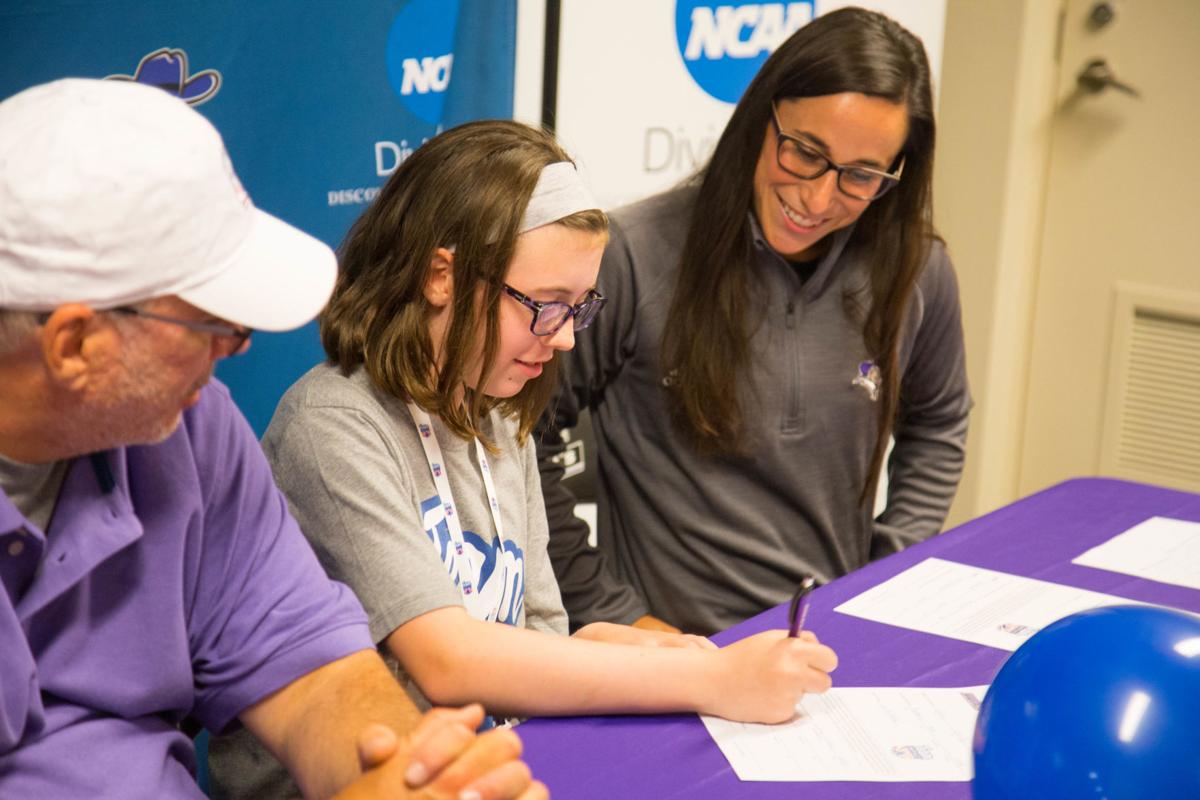 Emily Gallo, 12, of Foxboro signs a letter of intent at Curry College, where she joined the women’s soccer team roster through the college’s partnership with Team IMPACT, a national nonprofit that connects children with serious or chronic illnesses with college athletic teams. 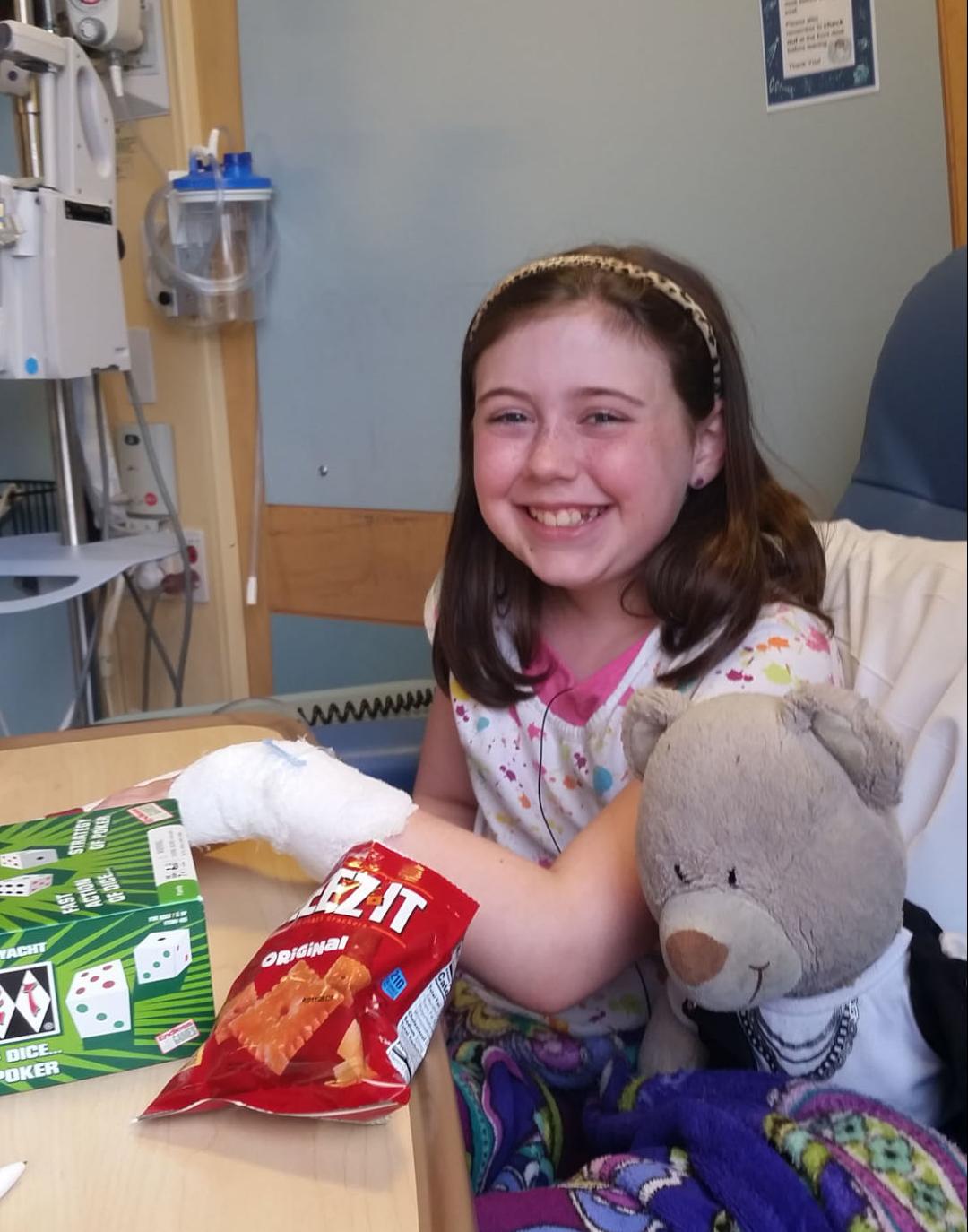 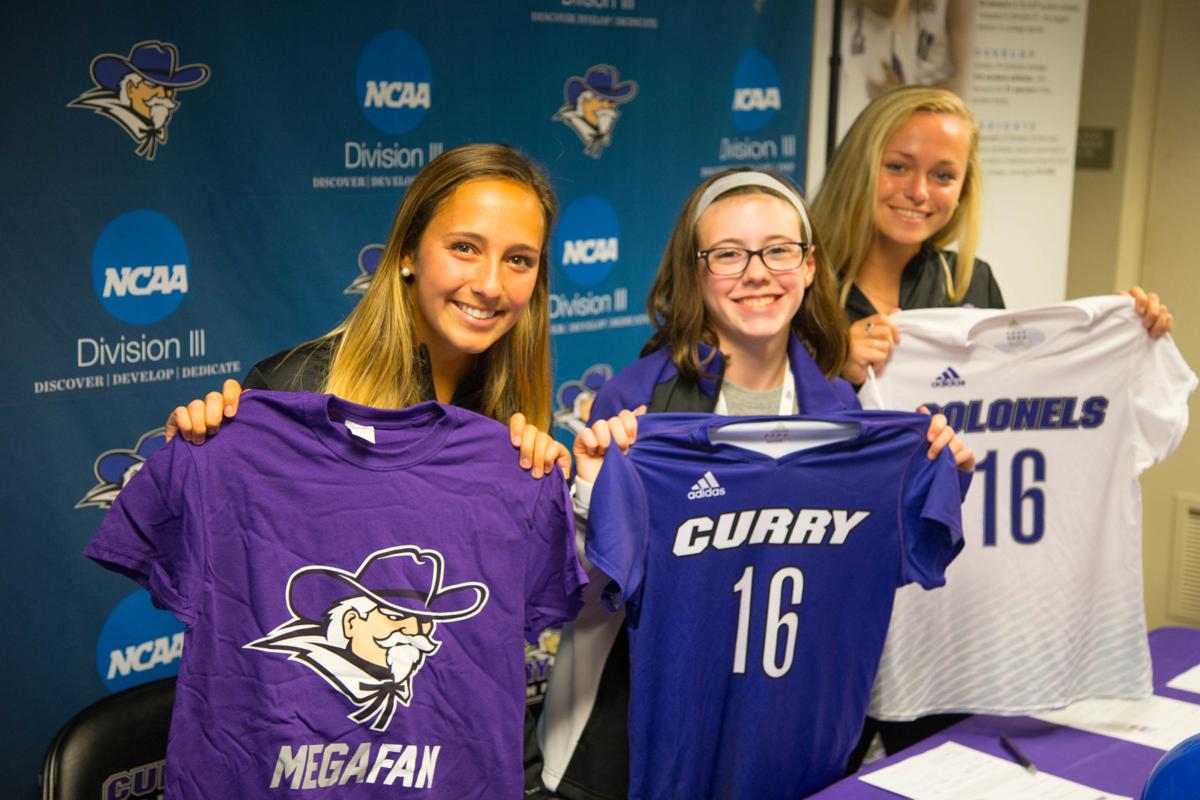 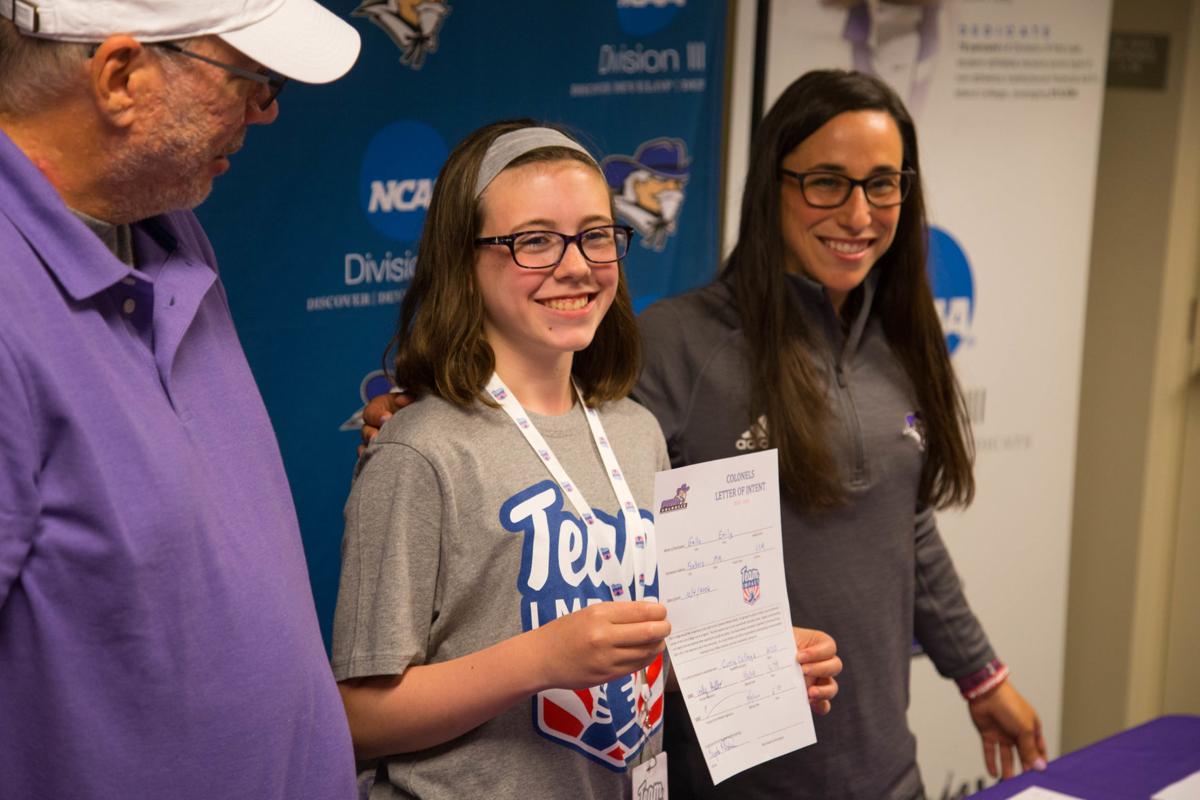 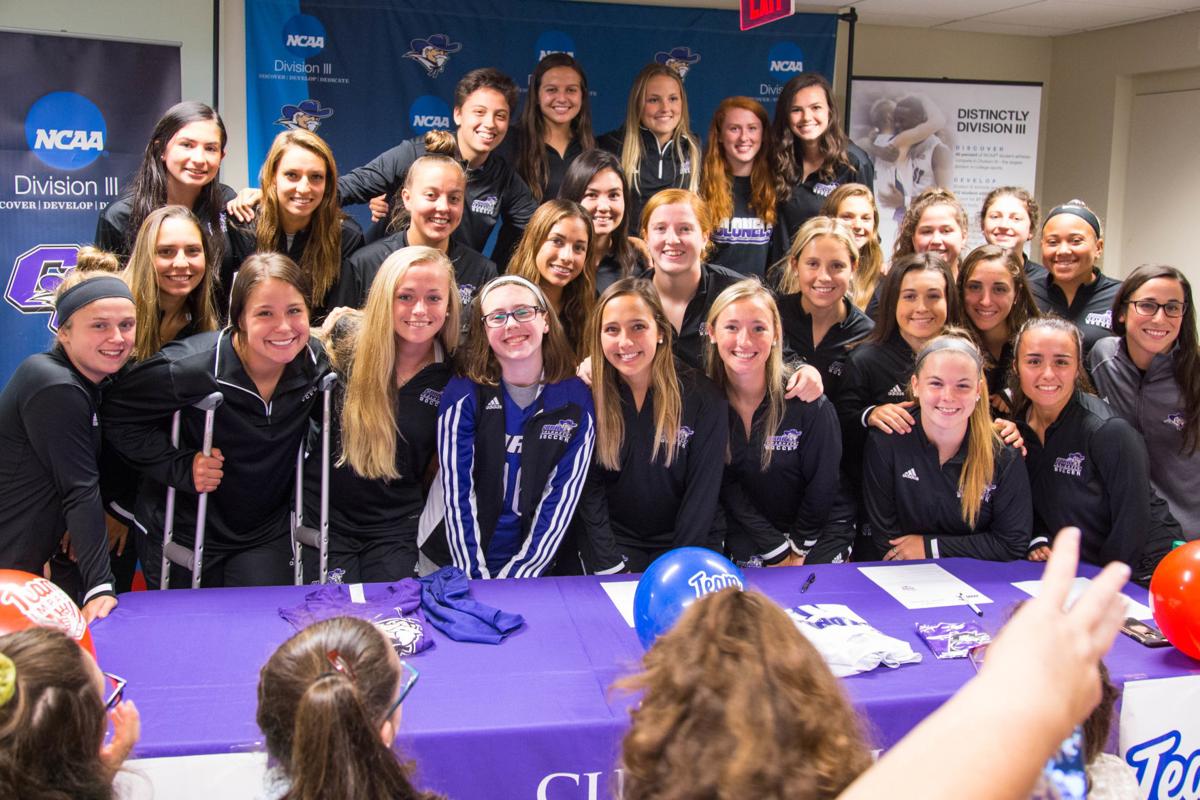 Emily Gallo, 12, of Foxboro signs a letter of intent at Curry College, where she joined the women’s soccer team roster through the college’s partnership with Team IMPACT, a national nonprofit that connects children with serious or chronic illnesses with college athletic teams.

The newest recruit on the Curry College Women’s Soccer is a familiar face: 12-year-old Emily Gallo of Foxboro, who recently joined the roster, as part of the College’s ongoing partnership with Team IMPACT.

Gallo was diagnosed with Crohn’s disease when she was 9.

“Dealing with a chronic illness at such a young age is difficult; it’s important for her to have exciting things like Team IMPACT to look forward to, to help keep her positive. We’re confident that the support of the Colonel players and coaches will make a big difference in Emily’s life,” said Janet Gallo, Emily’s mother.

The soccer team welcomed Gallo during a special “Draft Day” ceremony. In front of her family and teammates, Gallo made it official by signing her letter of intent. Next, she suited up in her Curry uniform, donning number 16.

Off the soccer field, Gallo is a high honors student at Ahern Middle School, plays the flute, plays travel soccer for Foxboro and volunteers for the Special Olympics as a unified partner for the Mansfield Special Olympics soccer team.

She was selected as the Honored Hero for the Rhode Island Take Steps for Crohn’s & Colitis Walk in 2018, and was honored with the Katie Lynch award by Boston Children’s Hospital this year because of her positive spirit, dedication to others and hard work fundraising.

“We are so excited to have Emily joining not only our team, but also our family,” said senior team captain Courtney Lima. “She has an energy that is contagious and loves the game just as much as we do. We are all so excited to build our relationship with her and have her as our teammate, friend, and sister.”

Fellow senior and co-captain Megan Ladner echoes the sentiment. “We are so thrilled to have Emily joining our Curry Soccer team and our family! She is an outstanding girl with a wonderful personality, and we are very excited to make memories with her, both on and off the field.”

“Emily helps remind our team of our core values to stay positive and to be resilient. Every day we all have a choice to do something special and be something special, and Emily demonstrates that every day,” says Head Coach Brigida Palatino. “She has taken a positive approach to managing life with Crohn’s disease while also being a pivotal leader to raise money for research. We are fortunate to have Emily, Janet and Mark join our family and inspire our troop to never let good enough be enough.”

It was clear Emily has plenty of Curry spirit already; when asked to say a few words after the signing ceremony, she responded “Let’s win the conference!”

Emily is the eleventh child to join Curry Athletics through Team IMPACT. The College began its relationship with Team IMPACT in January 2012 when the Men’s Hockey Team drafted 12-year-old Sean Bennett onto their roster. Since that time, Athletic Director Vinnie Eruzione has spearheaded the effort at Curry, and the baseball, football, women’s lacrosse, softball, basketball, volleyball, and men’s soccer teams have all drafted children as well.

“Curry College student-athletes really pride themselves on being successful- not only on the playing fields and in the classrooms, but more importantly, in the community,” says Eruzione. “Our relationship over the past 12 years with TEAM IMPACT is just one way that our student-athletes can make a difference, in their own lives and in the lives of the children we draft.”