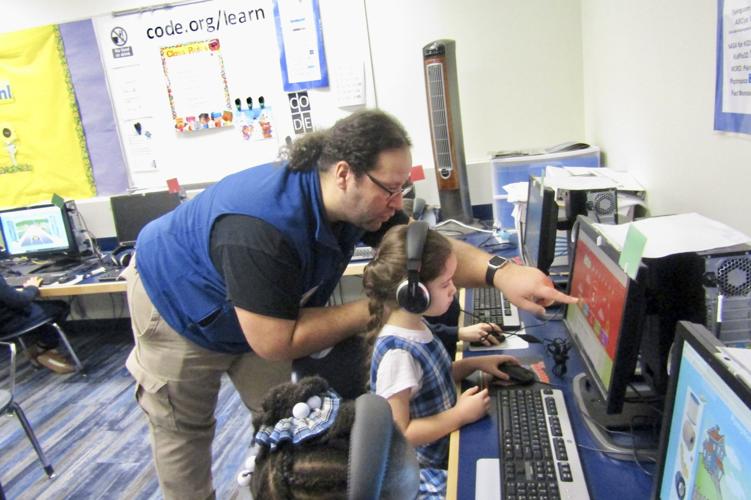 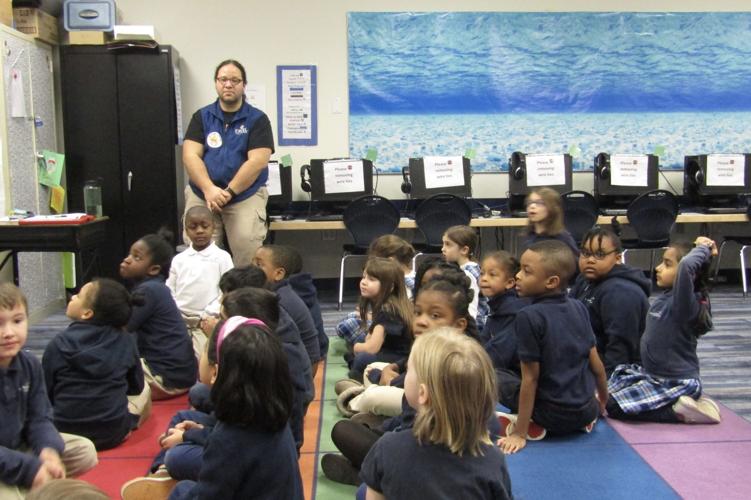 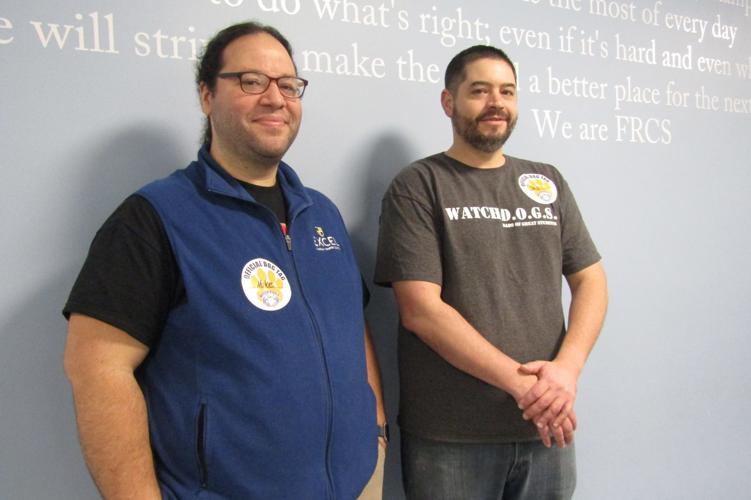 Michael Vuolo, left, and Philip Hunt both signed up for a full day of volunteering at the charter school as part of the WATCH D.O.G.S. program. 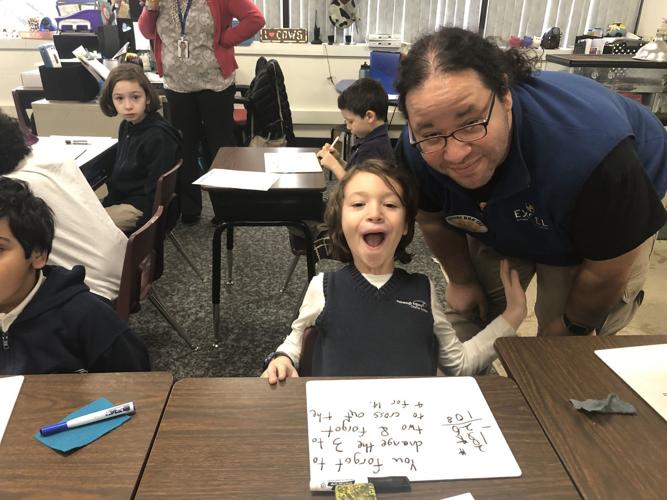 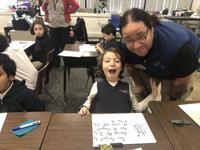 Michael Vuolo, left, and Philip Hunt both signed up for a full day of volunteering at the charter school as part of the WATCH D.O.G.S. program.

Foxboro Regional Charter School has started a new initiative for fathers and male figures to be involved in volunteering.

Karen Harris, a family engagement coordinator at FRCS, attended the Family Engagement Conference in Athens, Ga., in 2016, where they had an information table about the WATCH D.O.G.S. program.

According to Harris, research shows that when parents are engaged in their children’s education, there are better academic outcomes. However, when dads (or other important male figures) are involved, the outcomes are greater.

“I’ve always wanted to have a male engagement program at FRCS so last year we implemented a pilot WATCH D.O.G.S. program in the elementary school,” she said. “Between 200 and 300 dads attended the kickoff event last year, as well as this year.”

The new program was a pilot but this year FRCS started it from day one and now it will be ongoing.

Volunteers spend one whole day at the school, arriving at 7 a.m. to greet the students, attending an orientation and spending the rest of the time in the classroom and helping out around the school.

Harris said there were over 100 dads and other male volunteers in the program last school year and this school year 27 dads have participated.

Currently, the program is only offered in the elementary charter school. However, there was a meeting with the Watch D.O.G.S. Team about implementing it in the middle school next year.

“There is definitely a need. The program would be totally different than the elementary program. It would focus more on mentoring, careers, one-on-one academics and social-emotional support,” Harris said.

“The students absolutely loved seeing their father figures interact with them,” Kelly said. “A big hit was for dads to join in on a recess activity and eat lunch with the student. My students also loved when they got to work with the dads in a small group during math and/or reading.”

Michael Vuolo who has lived in Foxboro for 2 1/2 years, was volunteering for the first time. During the morning computer class, his daughter, Edmee Vuolo, 6, a first-grader, was excited to see her father introducing himself to her classmates.

“I like that he is in my class because I love him,” Edmee said.

Vuolo, who works at Excel Academy Charter School in Chelsea as a culture fellow in the dean’s office, said he is loving it.

“It’s great. It’s really giving me a lot of new insight on how the classes run, how teachers relate to the kids, how they relate socially to each other,” Vuolo said. “I get a report from kids at the end of the day and they tell me what kind of day they had, but that doesn’t give me a clear picture of how they are actually relating to their classmates. So it has been really cool to see how all that stuff happens.”

Another volunteer, Philip Hunt, a six-year Foxboro resident who works as an insurance underwriter, has son, Philip, 10, and daughter, Melanie, 7, in the school.

“I volunteered last year and it was a really good experience,” he said. “I decided to volunteer to get a good idea of what my children do throughout the day and to get a chance to meet their friends and teachers.”

Corey Manning of Norwood, whose daughter Kyra is a first-grader, has volunteered five times and is a co-leader of the WATCH D.O.G.S. team.

Jonathan Garland of Stoughton, an architect and real estate investor, has a son, Nathan, in fourth grade and another, Daniel, in second. He has participated in the program three times.

“I think it’s a great program which has transformed the educational process with how the kids interact with adults and dads in particular,” he said. “The dads kind of softened and warmed up. The whole idea is mutually beneficial.”

Christiana Benson, elementary principal, thinks the WATCH D.O.G.S. program has had a great impact on the school community.

“The students love meeting all the dads, uncles and grandpas, and hearing all about their careers and hobbies,” she said. “The students really enjoy interacting with them in the classrooms and at lunch-recess.”

Benson said as a principal she would highly recommend the program to other elementary schools because it provides a unique opportunity for male role models to interact with children around the school and it’s a learning experience for both adults and students.