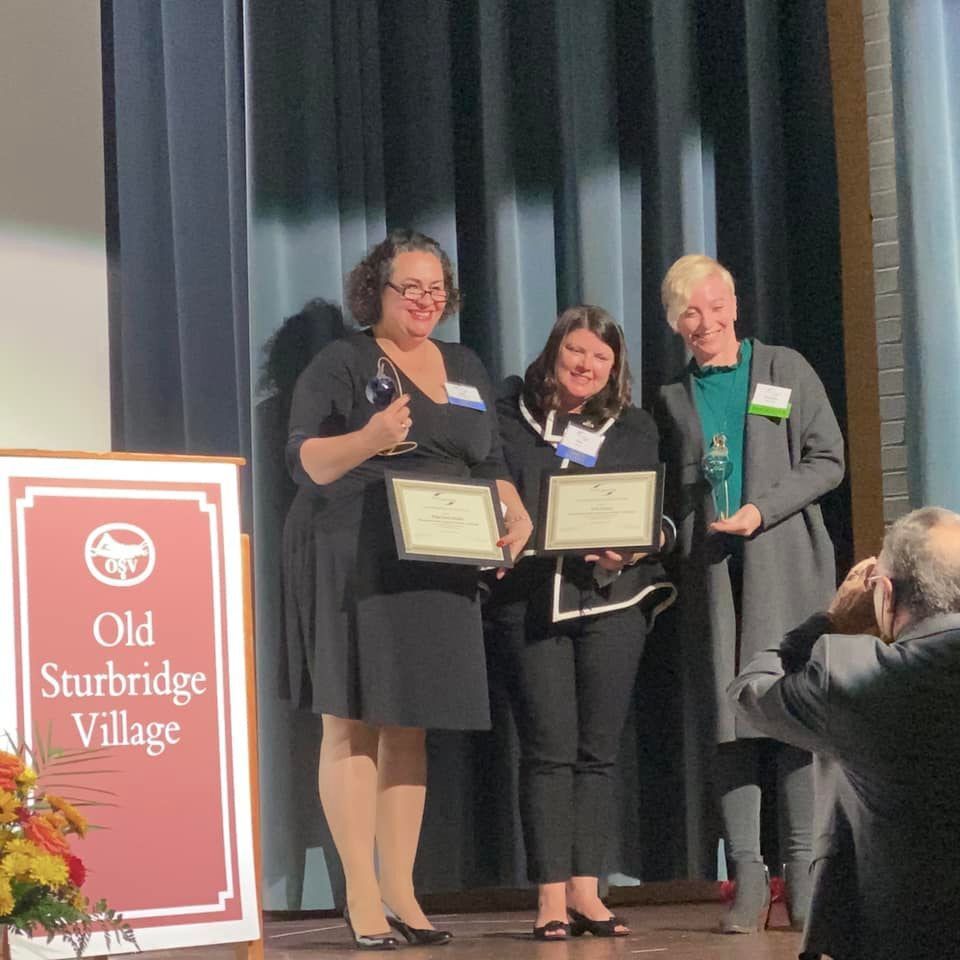 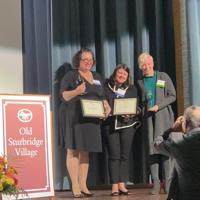 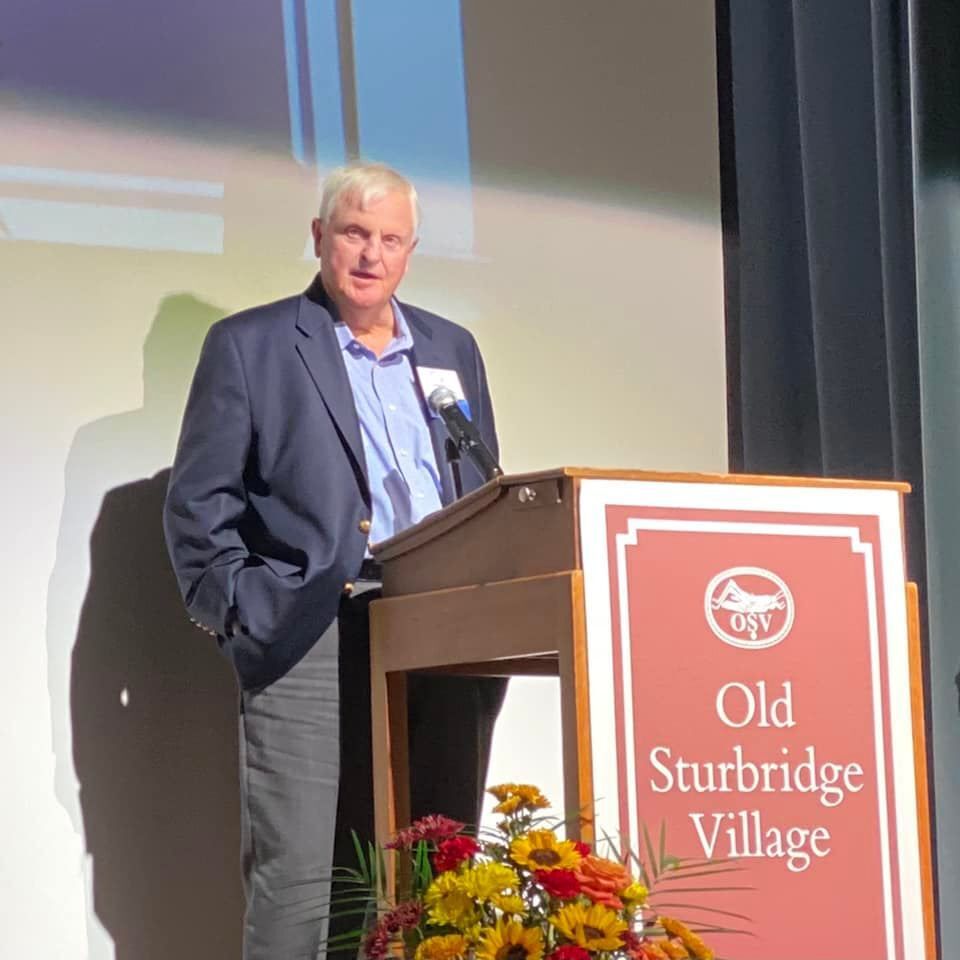 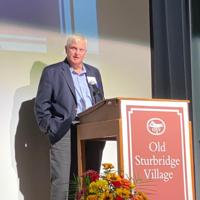 Stephen Massey, retired music director in Foxboro schools, was the recipient of the 2021 Dennis Wrenn Distinguished Music Educator Advocacy Award in recognition of accomplishments during his lengthy career in music education.

Stephen Massey, retired music director in Foxboro schools, was the recipient of the 2021 Dennis Wrenn Distinguished Music Educator Advocacy Award in recognition of accomplishments during his lengthy career in music education.

Two local women have been recognized for striking just the right notes earlier this year in persuading state officials to ease restrictions on in-school vocal performance prompted by the COVID-19 pandemic.

Erin Earnst, president of the Foxboro Music Association, and Neda Joury-Penders, both received the Outstanding Parent Advocate Award from Arts/Learning, a statewide alliance which champions arts education policies and practices in public schools.

The awards were announced during a Nov. 18 ceremony held at the visitor center theater at Old Sturbridge Village.

The pair were instrumental last February in founding the Mass. Music Supporters Coalition, specifically to challenge state pandemic directives which had limited choral singing and musical theater to outdoor rehearsals, ostensibly to minimize chances of spreading the respiratory virus.

Organizing groups of music and theater parents from across the state, their efforts focused on a perceived double standard involving school sports -- most of which continued in modified form under the state’s COVID-19 guidelines -- and both vocal and related performing arts rehearsals, which were then allowed only in outdoor settings.

“It’s time to level the playing field and apply the research and established policy equitably,” Earnst testified at a Feb. 23 hearing of state Board of Elementary & Secondary Education. “Outdoor rehearsals in the winter months simply are not practical. Meanwhile, athletic teams are allowed to use school facilities with limited restrictions.”

“Online interaction isn’t acceptable for sports, nor is it for music,” she added. “However, that is the primary way music students are participating this year.”

Partly in response to the grass-roots initiative, state officials subsequently revised policies to allow indoor singing, with safety restrictions in place, according to Cami Tedoldi, K-12 music director in Foxboro schools, who nominated Earnst and Joury-Penders for the parent advocate award.

“Without their swift, strategic, professional and powerful advocacy efforts, I truly believe that our music students may have been deprived of an entire school year's loss of a full music education experience,” Tedoldi wrote in her nomination letter.

The Wrenn award is sponsored by the Massachusetts Music Educators Association.

Each year since 1984, Arts/Learning (formerly the Massachusetts Alliance for Arts Education) has recognized individuals, organizations, institutions and businesses who support the arts in public schools through its Outstanding Arts Educator and Arts Collaborative awards program.

Among prior honorees was Foxboro’s Sage School, which in 2016 received the alliance’s School of Excellence Award, citing advocacy efforts by then-head of school Marie Leary and performing arts department chair Danielle Bazinet.