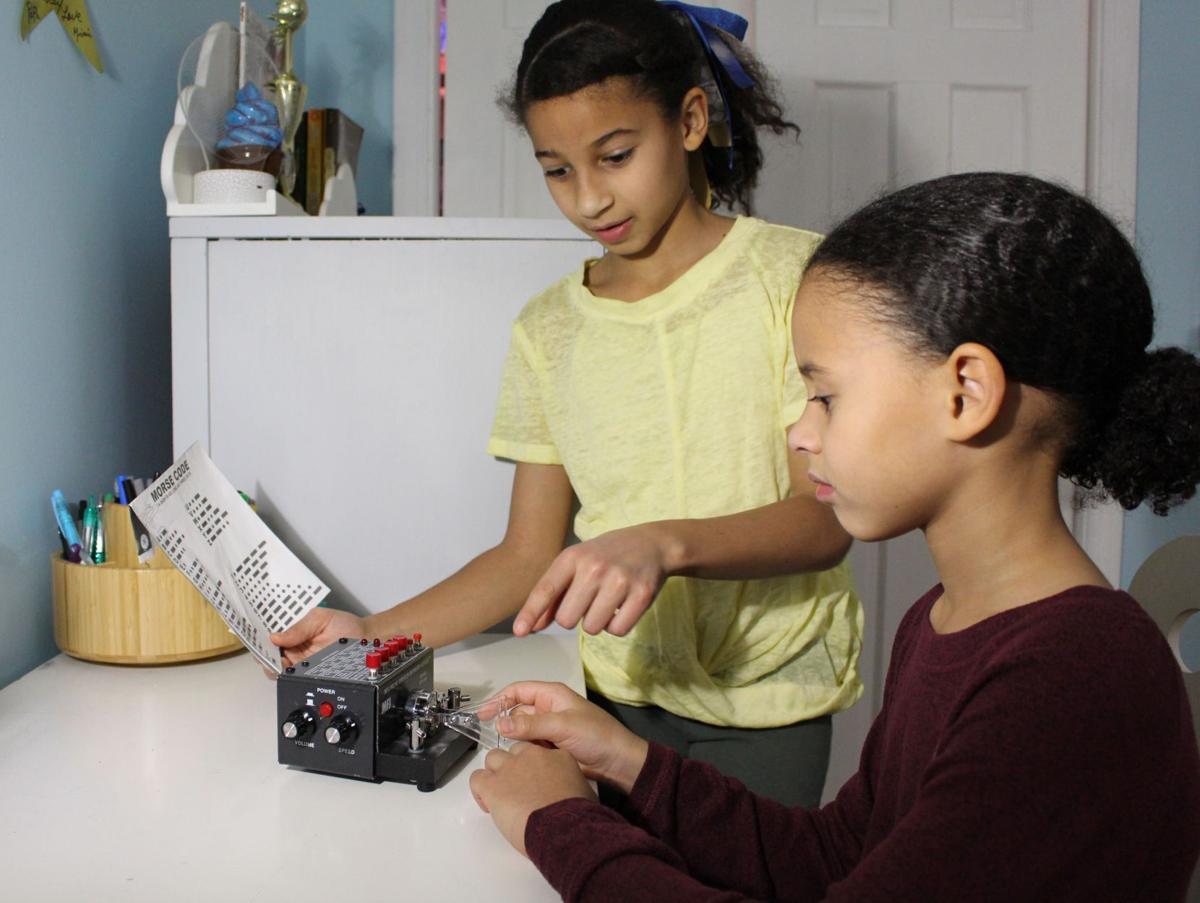 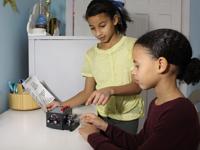 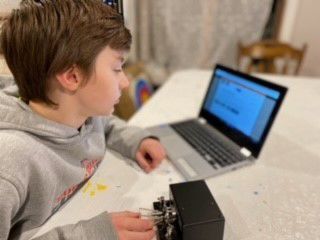 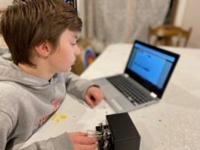 Liam Polis, 11, learns Morse code using the paddle and keyer device at his home in Foxboro.

Liam Polis, 11, learns Morse code using the paddle and keyer device at his home in Foxboro.

In a year that has often been isolating, eight students from Foxboro are exploring a different way to communicate.

They are taking a virtual course in Morse code through the CW Academy.

Liam Polis, 11, a sixth-grader who is home-schooled this year, said his mother signed him up for the class, and at first, he wasn’t sure about it, but then found it to be fun.

“It’s different than other classes because we learn on our own and then check in with the teacher, but it’s fun. I learned a lot about the history and use of Morse code and also the letters: a, e, i, o, s, t, n, m, y, l and number 1 for week one,” Liam said.

His mother Rebecca Murphy said everything people do in life involves understanding a code or a pattern, so whether it’s learning a foreign language, math or history, recognizing and interpreting patterns is an important skill.

“I think learning any structured coding system will benefit Liam in his education and it is a great opportunity to understand and communicate with others,” said Murphy, who is excited about this unique opportunity because Morse code isn’t something that many people think of learning, but in many ways, it can be just like learning a foreign language or a computer code.

Marcia Felix’s two children, Monet Felix, 11, who is in the sixth grade, and Hudson Felix, 8, a second-grader, who are also both home-schooled, are among the other students enrolled in the program.

Marcia said she has never learned Morse code before but her children are teaching her now.

“I’m very excited. My kids have started teaching their friends about Morse code too,” said Marcia who embraces any new learning opportunities for her children and feels that Morse code will broaden their horizons.

Her husband Fabio Felix took a Morse code class while he was in a pilot program in high school and is helping his children to navigate the class.

Hudson, Monet’s younger brother said: “I like the class because it feels as though I am going back in time to use the Morse code machine to send messages around the world.”

Bruce Blain, 67, of Harvard, who is the instructor of the course said it is fantastic that youths from Foxboro are learning Morse code.

“I personally enjoy communicating in Morse code, so I enjoy passing the knowledge on, and I’m excited when young people want to learn it,” Blain said.

He said it takes some discipline to learn Morse code but the secret to success is to practice a little every day and once you’ve memorized Morse code, using it will make you proficient at it.

“Ham radio is the original social network and you meet great people, learn about wireless and communications technology, plus learn all kinds of other things while having fun such as math, physics, geography, construction, building, public service and more,” he said.

Blain, a manufacturer’s representative selling telecom and fiber optic test and measurement systems, said, “Amateur radio specifically led me to my career choice, which was to pursue a career in electrical engineering. After receiving my degree, I landed my first job because of things I learned from my amateur radio experience.”

He’s been teaching at CW Academy for about four years but the program is close to 10 years old. This is his 12th class, and a total of 54 students have passed his classes.

“Most people don’t know this, but Morse code remains one of the most efficient and reliable means of communication ever devised by humankind. It does not require a computer, power, or infrastructure for messages to reliably be transmitted and received,” Blain said.

According to Blain, amateur radio operators use Morse code daily in many different aspects of their hobby — backpacking, DX-ing (talking to faraway places around the world), radio contesting (also called “radiosport”), low-low-low power transmitters, or just plain talking to people.

Robert Brownstein, who resides in Santa Cruz, Calif., is a founder and former president of CW Academy. He said he learned Morse code by teaching himself, at age 11.

He was most recently vice-president of intellectual property for a Silicon Valley company and started Robert Brownstein & Associates LLC which helps inventors by filing and prosecuting patent applications in the United States Patent and Trademark Office.

Brownstein said CW Academy is a tuition-free program sponsored by the CW Operators Club and helps students of all ages learn or improve on existing Morse code skills.

The courses cover beginners, intermediates, and advanced level students. The courses are all eight-weeks long. For more information, visit cwops.org/cw-academy.