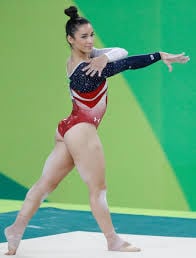 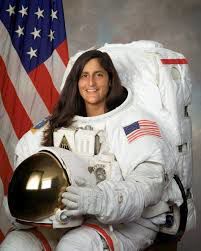 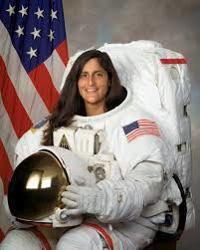 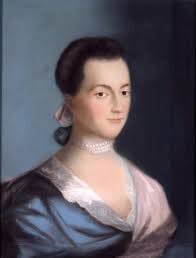 The month of March we take the time to recognize the impact and importance women have in our society with Women’s History Month. All of us should be well aware of the importance of women to society, to the shaping of the country we all live in and in our history. Norfolk County has been the home to many remarkable women. I would like to share with you some of the stories found as a result of researching records here at the Norfolk County Registry of Deeds.

Abigail Adams the second First Lady of the United States was born right here in Norfolk County. She was born in Weymouth in 1744. She married John Adams in 1764. She was President Adam’s confidant and took an active role in politics. She was an abolitionist and believed in women’s rights to education and for women to have power and decision over their own lives. Abigail Adams’s son John Quincy Adams would become the sixth president of the United States. She is buried with her husband in Quincy.

Deborah Sampson lived in the Norfolk County town of Sharon. Born in 1760, she attempted to enlist as a man in an Army unit. Although discovered and sent home, Ms. Sampson later enlisted again and joined the 4th Massachusetts Regiment. She was wounded in battle fighting in the American Revolutionary War and received an honorable discharge.

A more modern warrior who I had the pleasure of meeting down at the Falmouth Road Race is American astronaut Sunita Williams. Sunita grew up and graduated high school in Needham in 1983. She went on to graduate from the U.S. Naval Academy. She has had a lengthy and successful career with NASA and formerly performed the most spacewalks by a woman. Ms. Williams also completed the first marathon run in space. In 2017, the Needham School Committee voted to name the new elementary school the Sunita L. Williams Elementary School.

Speaking of Falmouth, Katherine Lee Bates was born there in 1857 but she lived in Wellesley. Ms. Bates was a noted author whose inspiration for “America the Beautiful” was the beauty she saw atop Pike’s Peak when hiking in Colorado. These words were later adapted to a hymn that was the runner up in selecting the National Anthem.

Helen Keller was an advocate for the disabled and a suffragette. At a young age she contracted an illness that left her blind and deaf. When you think of Helen Keller you also think of her magnificent teacher and champion Anne Sullivan. Both of these great and strong women lived in the Norfolk County town of Wrentham. Helen Keller’s autobiography “The Story of My Life” and later the movie “The Miracle Worker” give great insight into overcoming struggles, compassion and the brilliance of these two women.

Norfolk County is full of women who everyday make our communities a great place to live. For instance, Doctor Helen P. Cleary who joined the U.S. Marines in 1942 and retired as a lieutenant colonel became the first woman to be elected to the Town of Norfolk’s Board of Selectman. This happened in 1965 and the journey of electing women to leadership positions continues today with the first woman Vice President of the United States Kamala Harris.

Norfolk County has been the home to other inspiring and impactful women. Harriet L. Hemenway from Canton co-founded the Massachusetts Audubon Society in 1896. Audie Cornish a journalist and National Public Radio news anchor grew up in Randolph.

The strength and grace of Needham’s Aly Raisman who won numerous Olympic medals is inspirational enough. Yet Raisman’s bravery and eloquence speaking out as a survivor to stop sexual abuse which led her to be a recipient of the Arthur Ashe Courage Award should be a shining example to all of us.

Let us take a moment to thank all women who have had impacts in our communities and in our lives. Our lives, our communities, our county and our country would not be what it is without all of you.