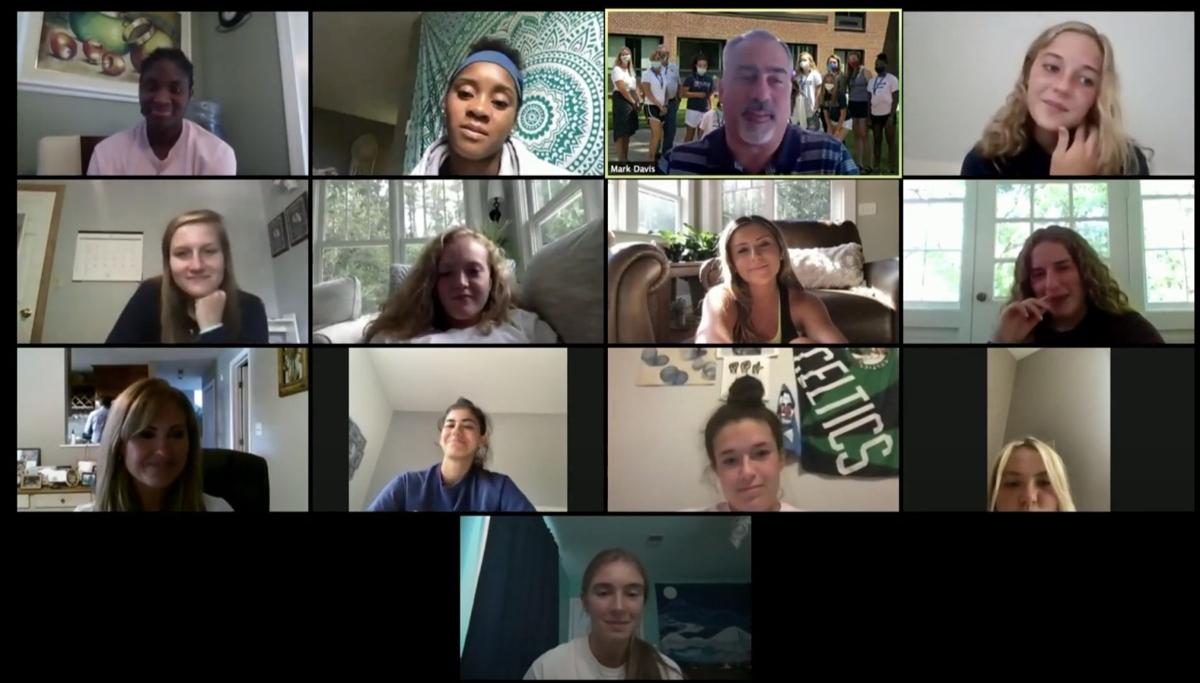 Members of the 2018 Foxboro High girls’ basketball team reflect on their experiences with Host Mark Davis, Coach Downs via Zoom. 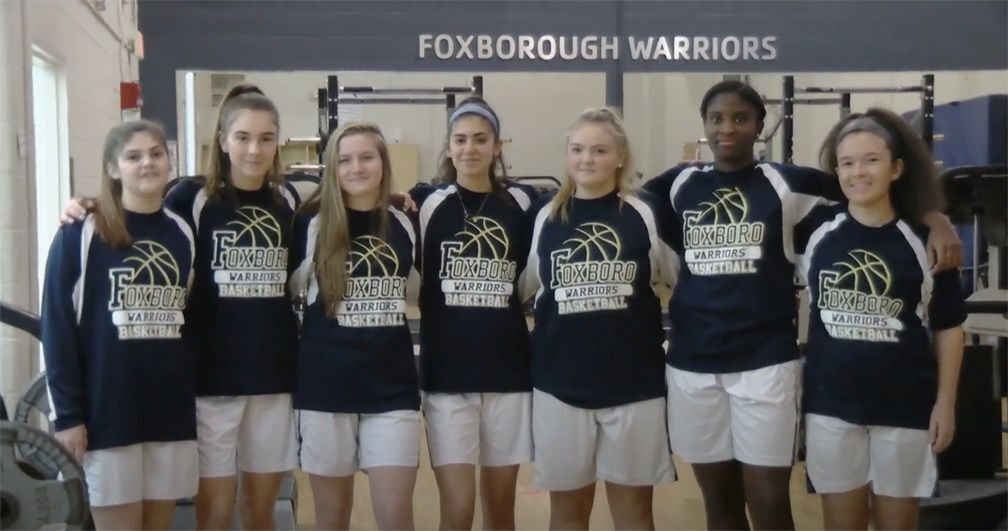 Members of the 2018 Foxboro High girls’ basketball team reflect on their experiences with Host Mark Davis, Coach Downs via Zoom.

Thanks to the online meeting site Zoom, Director Michael Webber and Foxboro Cable Access volunteer Mike Everson, “Day 836: Celebrating a State Championship” hosted by Mark Davis, premieres on The Public Access channel, Comcast 8 and Verizon 39 this Friday at 8:50 p.m. immediately following an encore presentation of “Day 77…” which airs at 8:00 p.m.

This provided a new look to the practice floor as key freshman and sophomores were brought up from the JV squad for the remainder of that season and playoff run.

The “Day 77…” video premiered during July of that year.

Something was missing, however. Foxboro was scheduled to play Taconic Regional for the Div 2 Championship on March 14, but due to the coronavirus pandemic, the game was canceled and both teams declared champions by the MIAA.

Shea added, “The recollections of that first day of varsity practice by Jordyn, Shakirah and Yara two years later really ties “Day 77” and “Day 836: …” together.”

Find it by searching the Video-On-Demand collections.