You are the owner of this article.
Edit Article Add New Article
News
Sports
Opinion
Obituaries
Classifieds
Subscribe
Share This
1 of 2 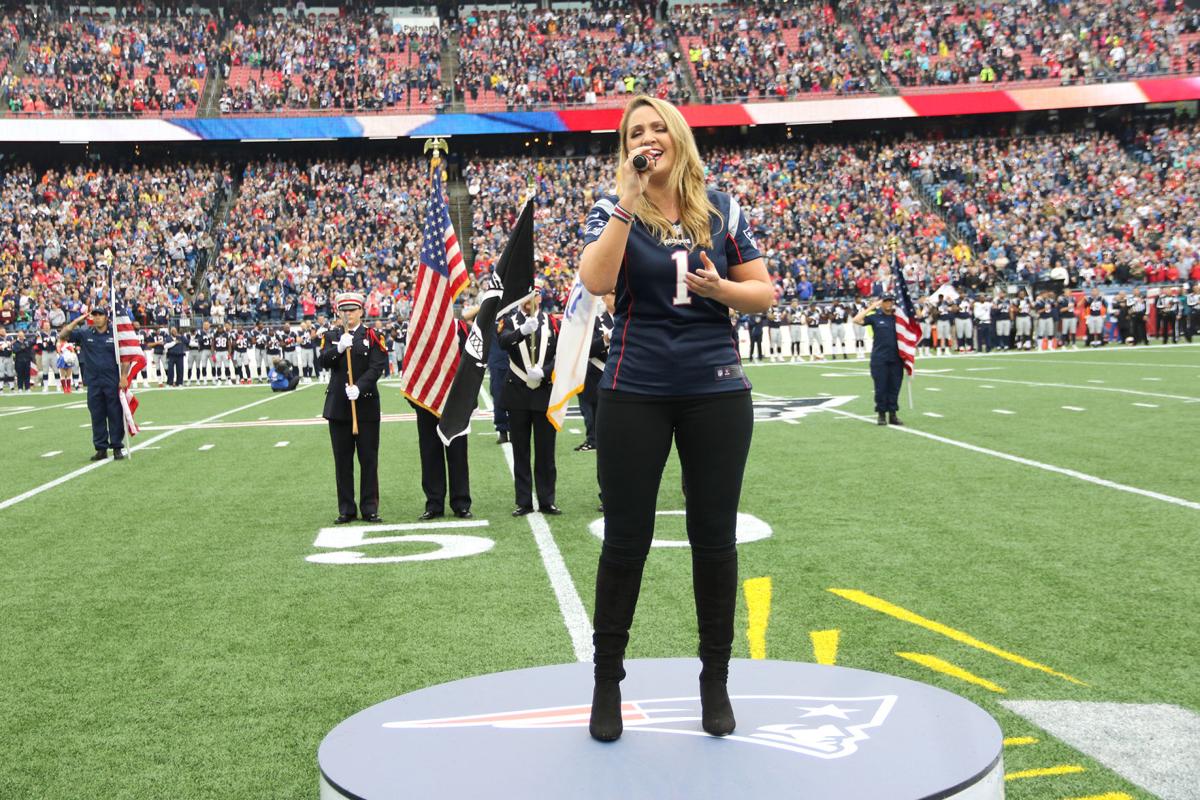 Singer Erin Ollis performs the national anthem prior to the Patriots-Chargers game on Sunday, Oct. 29 at Gillette Stadium. 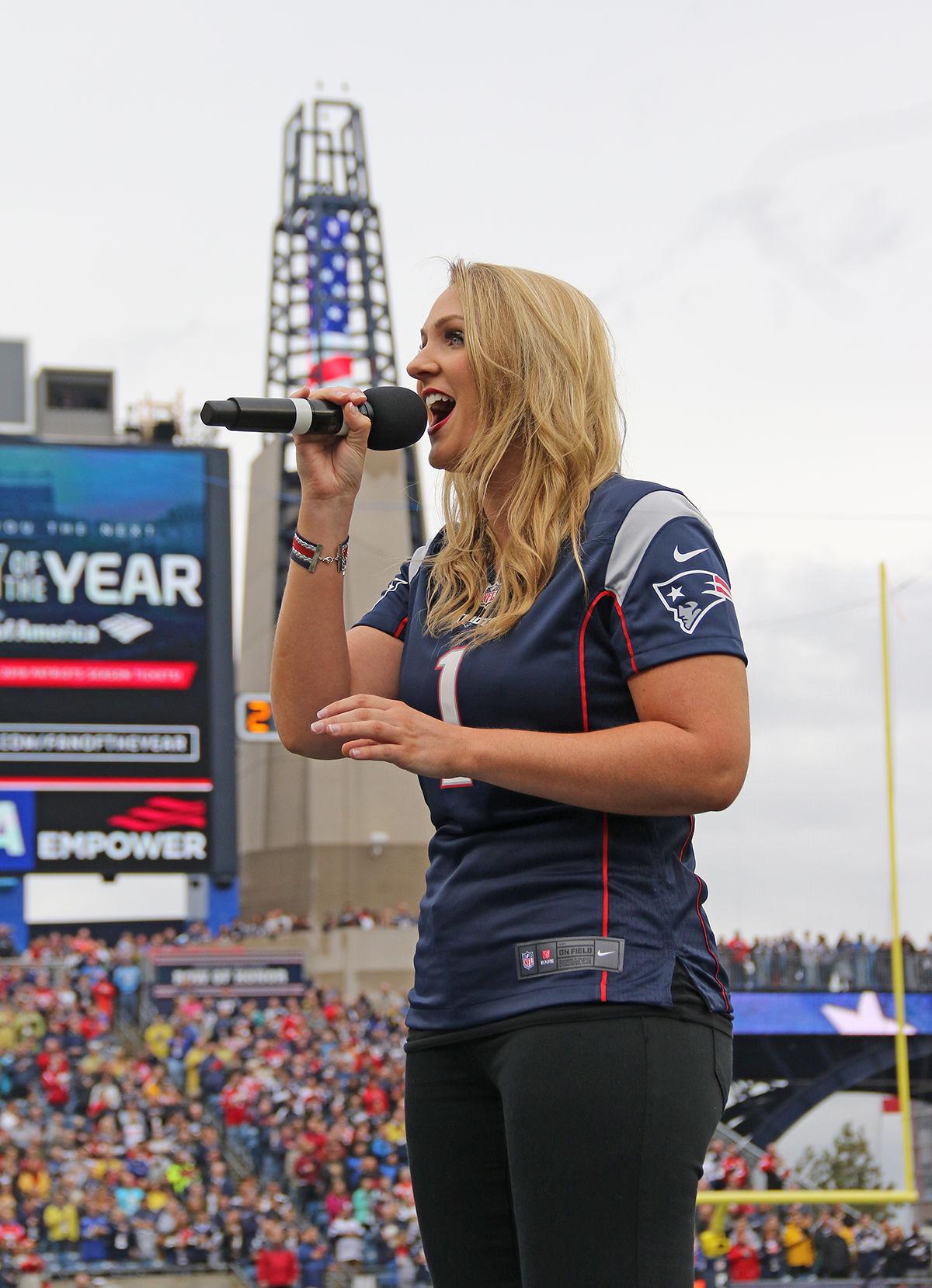 Singer Erin Ollis performs the national anthem prior to the Patriots-Chargers game on Sunday, Oct. 29 at Gillette Stadium.

Erin Ollis, 26, crossed an item off of her bucket list last Sunday when the vocalist from the Foxboro-based band, Thirty 6 Red, performed the national anthem before the Patriots game at Gillette Stadium.

“The entire experience was so surreal,” said Ollis, a Holden native. “But hearing the cheers from 68,000 people coming from all angles of the stadium was something I will never forget.”

Ollis attended Franklin Pierce University to pursue a degree in vocal performing and has performed with Kenny Rogers at Mohegan Sun and Foxwoods, and has opened for musicians Alan Jackson, Eddie Money, Chris Cagle and Colt Ford.

“Singing is who I am,” said Ollis. “Without music in my life, I’m not sure who I would be.”

“I have become a stronger and more passionate singer since I started performing with Thirty 6 Red,” Ollis said. “The band has so much energy and I quickly discovered how well they all interact with a crowd. I am so fortunate to belong to a band that truly enjoys the art and passion of music the same way that I do.”

As for singing the national anthem, Ollis has had experience at a number of functions, including sporting events at the DCU Center and Dunkin’ Donuts Center, but nothing quite like the magnitude of an NFL game in Foxborough – until Sunday.

“Performing at Gillette Stadium before the Patriots game has always been on my bucket list,” she said. “Performing before the Patriots is a huge honor and an experience of a lifetime. When I think of Gillette Stadium, I think of all of the amazing celebrities who have performed there in the past. Being on the field and looking at the crowd of roaring Patriots fans; I felt like a star. Once I finished performing, I had to stand there just so I could take it all in.”

Ollis credited the support of her family and friends for making Sunday’s experience possible.

“Words can’t express how much it meant to me to have so much love and support from the people I care about most,” Ollis said. “The entire day was so emotional and simply perfect.”