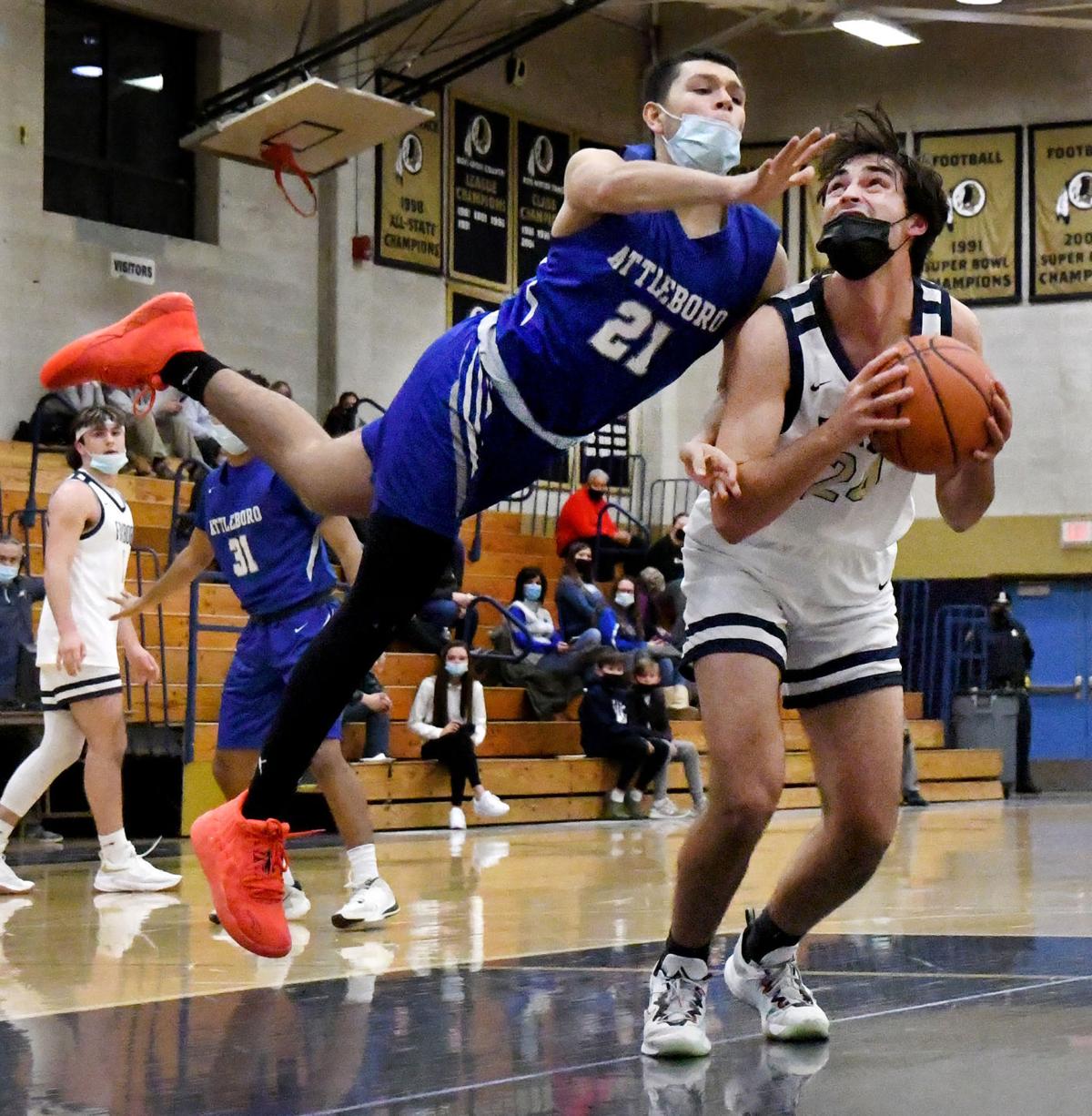 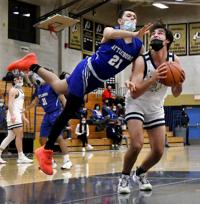 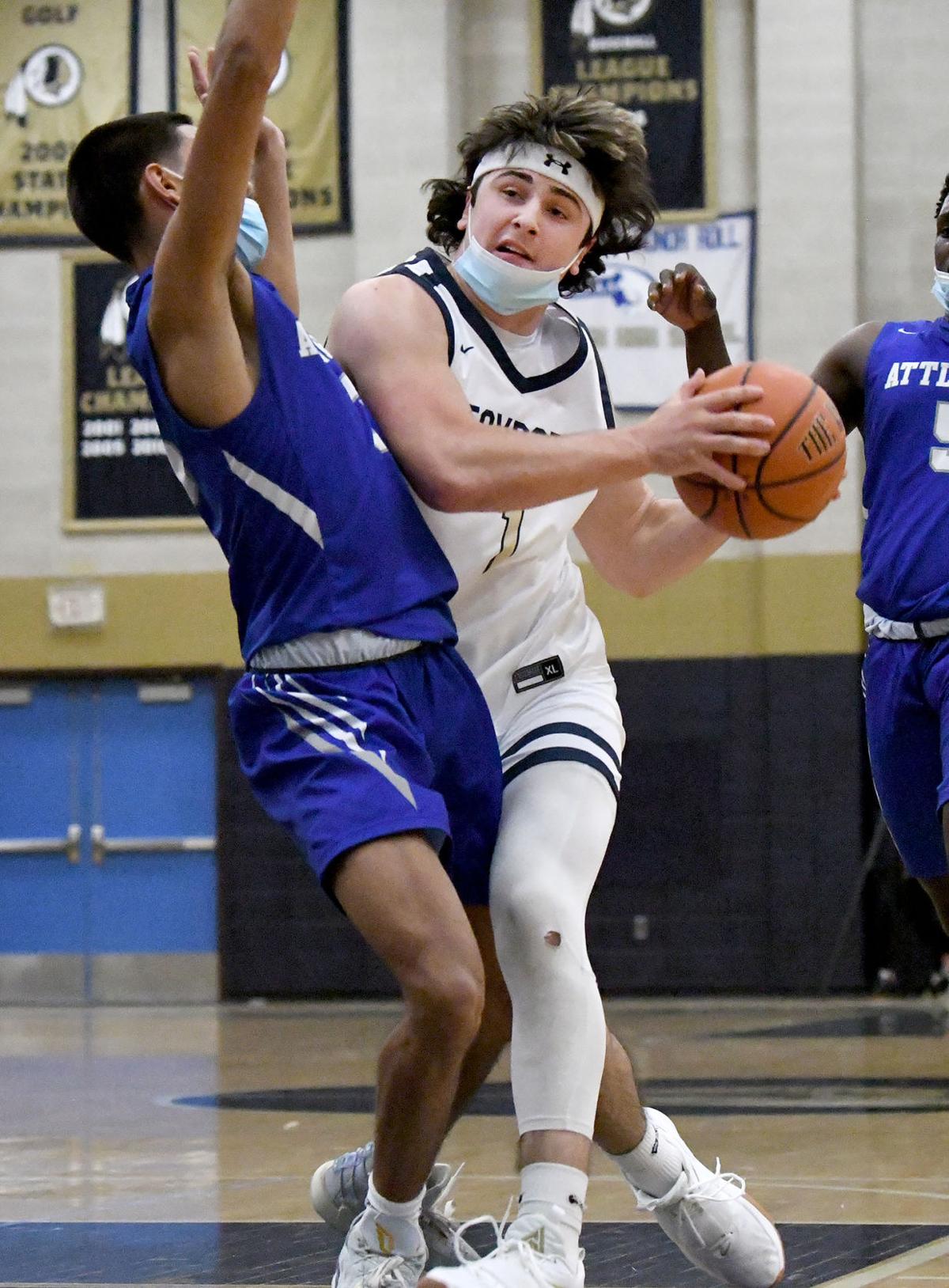 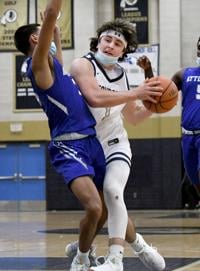 FOXBORO — The Attleboro High boys’ basketball team achieved its defensive goal of limiting a foe to 40 points or fewer, while the inside-outside presence and performances by Alvin Harrison and Evan Houle were too much for the Foxboro High Warriors to bear as the Bombardiers scored a 57-37 victory Tuesday in the meeting of Hockomock League members.

“It’s just so hard of a matchup for us against a team as big and physical as Attleboro is, not having played a game since Dec. 20,” Foxboro High coach Jon Gibbs lamented.

Houle hit seven shots from the floor, three from the 3-point line and finished with 20 points, while Harrison contributed 13 points and eight rebounds as the Bombardiers won their fifth game overall, their fourth straight.

Sophomore guard Neo Franco (nine points, eight rebounds) and eight points off the bench from senior guard Colin Morais contributed to Foxboro having a lot of angles to cover defensively.

“They have some guys that we were concerned about shooting-wise,” AHS coach Mark Houle said of the Warriors. “Our close-outs were good, we’ve been working on help side,” he said of limiting Foxboro to just seven first-half field goals and six second-half field goals.

“They scored in transition early which kept them in it,” Houle added of AHS having just a 17-11 lead at the first stop. “They have guys (Gordon, Penders) who are strong with the ball, who put their head down and go. Overall, we played pretty good defense to keep them to under 40 points.”

Harrison (six points) and Houle (five points) were two of five Bombardiers to contribute points during a 17-point second quarter which left AHS in command.

Both Harrison and Franco converted offensive rebounds into baskets during that surge. Morais made two dazzling baseline drives for buckets and Franco later set up Houle for a 3-pointer, as the Bombardiers hit eight of 15 shots from the floor in that quarter.

Six points by Harrison with three rebounds and three assists by Franco resulted in a 17-point first quarter, all but two points taken in the paint by AHS.

“We’re still trying to get some consistency, everyone has guys in and out,” Houle said of the nature of the COVID-19 laced past month with limited practices and playing of games. “We went eight minutes with scoring one points and missing free throws (10), we were able to get that momentum back.”

Oddly enough, the seeds were there for a Warrior recovery as Foxboro went on a 16-1 spree.

Foxboro faced a 17-point (34-17) halftime deficit and a 24-point (42-18) third-quarter gap. Lo and behold, Foxboro scored the final 11 points of the third quarter and kept the Bombardiers without a field goal for eight minutes span of the second half, reducing the AHS advantage to 43-34 with four minutes remaining.

No sooner did Foxboro create an avenue for an upset than the Bombardiers responded with 10 straight points.

Houle drilled his third trifecta of the game and he then set up Harrison in low for two more points. The Bombardiers then converted three consecutive Foxboro turnovers into five more points, a fast-break basket by Franco and two more free throws by Houle.

Twice AHS had to recover from early deficits, Foxboro taking a 5-2 lead on Ryan LeClair’s 3-pointer a minute into the game.

“I was happy the way that we came back in the third quarter, we scraped our way back and didn’t quit,” Gibbs said. Both AHS (at Taunton) and Foxboro (at Sharon) are on the road Friday for their next games.