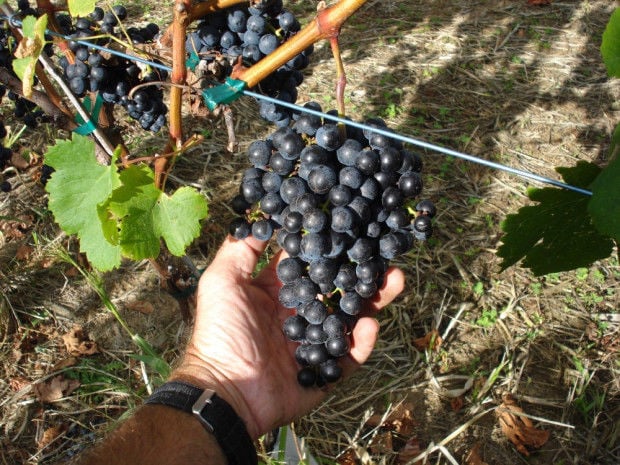 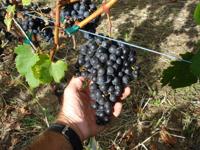 A clump of grapes gets picked at Coastal Vineyards in South Dartmouth. (Courtesy: Coastal Wine Trail) 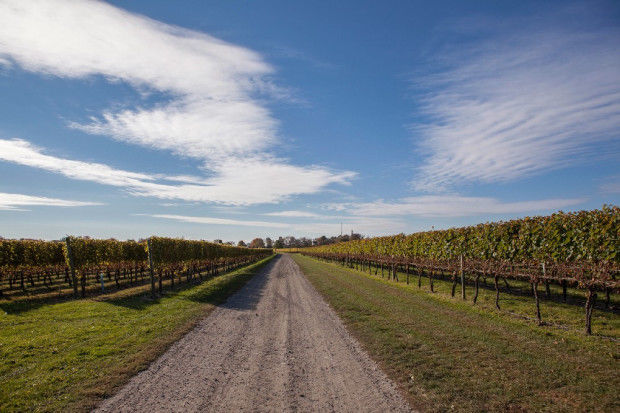 A clump of grapes gets picked at Coastal Vineyards in South Dartmouth. (Courtesy: Coastal Wine Trail)

California has Napa Valley. Upstate New York has the Finger Lakes Region. But Southeastern New England has its own, officially designated American Viticultural Area - and now is a great time to explore it.

The fall grape harvest is under way and the 14 wineries of the Coastal Wine Trail are welcoming visitors with tours, tastings and the opportunity to check out local vintages.

The wineries, located from the tip of Cape Cod through southern Massachusetts, Rhode Island and into Connecticut, share geographic features that affect growing conditions: close proximity to the Atlantic Ocean and a southeast-facing coastline that benefits from warm Gulf Stream waters.

Wine aficionado or not, visiting the wineries, walking the vineyards and watching the harvest is worth the trip. It's a do-able one at that; with groups of wineries located close to one another, visitors can cover the entire trail in two or three days, or over a couple weekends.

The cluster in southern Rhode Island includes Greenvale Vineyards in Portsmouth, where Maggie Harnett, director of the Coastal Wine Trail, is a manager. Reached via a narrow road bordered by overhanging trees and stone walls, the estate, owned by the same family since 1863, is as rich in atmosphere as it is in grapes. A converted carriage house serves as its tasting room.

Harvesting is in process and should continue until the first or second week of November, Harnett says. White grapes are picked first, leaving the reds to ripen "as much as possible."

All the wine Greenvale produces is made from estate-grown grapes. "If we don't have something, we don't make it," Harnett says, bringing up the unpredictable New England weather, the bane of the region's growers. This past year, a relatively mild winter with little insulating snowfall was interrupted by a cold snap in February that caused a lot bud loss, reducing the crop.

The crushing, fermenting and bottling is done at Newport Vineyards, about five minutes away in distance but a very different experience. With 60 acres of historically protected farmland under cultivation, Newport Vineyards is the largest grower of wine grapes in New England and produces more than 20,000 cases of estate-grown wine each year.

This winery is set up for tourists, with the fermenting and bottling equipment visible through glass walls, and a wide-open tasting area that can accommodate large groups. There also is a marketplace, a casual cafe and a fine-dining restaurant.

Visiting the vineyard nets another discovery: a starting point on the Sakonnet Greenway Trail, a walking (not cycling) path that stretches 5.2 miles to its most distant point. At one point it skirts the Newport National Golf Course.

The farm itself dates to 1701, and grapes were planted as early as 1977. The Newport Vineyards brand was established in 1995 and won its first gold medal in 1998 at the Eastern International Wine Competition.

These two distinctive wineries set the paradigm for the rest of the Coastal Trail. Each stop is unique.

While Rhode Island's Greenvale is within sight of the Sakonnet River, Connecticut's Preston Ridge Vineyard is, appropriately, on a ridge that offers 20-mile vistas of the state's countryside. Maugle Sierra Vineyards, also in Connecticut, is known as a site for beautiful sunsets.

Westport Rivers Vineyard & Winery not only offers wine, especially bubbly styles made as the French do in the Champagne region, but also beer from its sister company, Buzzards Bay Brewing.

Travessia Winery wins for the most unlikely location - downtown New Bedford - while Truro Vineyards of Cape Cod wins for eastern-most spot. Truro has its own vineyards; Travessia owner Marco Montez sources his grapes from throughout Massachusetts. He also tells tales of growing up in Portugal where "grape-stomping with one's feet was not a romantic or cool way to crush grapes, it was the only way."

To be part of the trail, wineries must have a tasting room. There, visitors can sample wines associated with the region, which has growing conditions similar to Bordeaux and the Loire Valley of France, Harnett says. Typically, that includes vinifera, hybrids and sparkling wines.

So, at the time of year when leaf-peepers head north to the Mohawk Trail, oenophiles are heading south to travel a different trail - the Coastal Wine Trail.

To celebrate the Coastal Wine Trail's 10th anniversary, patrons can buy a Vintner's Tasting Ticket for $99 that includes wine tastings for two at each of the 14 member wineries. Tickets are available at http://coastalwinetrail.com/on-sale-vintners-tasting-ticket/

A Coastal Passport, available at all the wineries, includes a map, details on the wineries, and incentive to visit: Get the passport stamped at multiple wineries and be eligible to win a cruise to Bermuda or a Cape Cod get-away. Deadline is Dec. 31; drawing will be held in January.