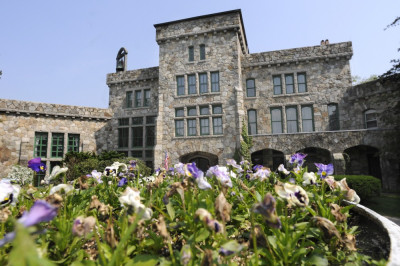 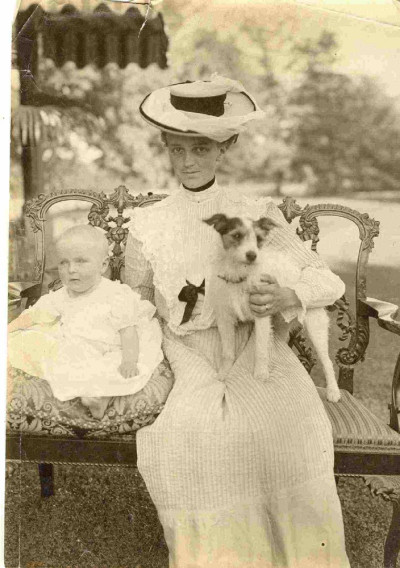 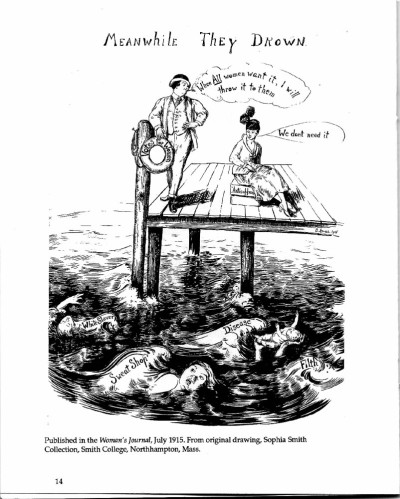 EASTON - Borderland State Park contains one of the state's hidden historical gems, the Ames Mansion, once home to two of the state's pioneers in the women's suffrage movement, Blanche Ames and her husband Oakes.

Their families had rich histories in politics and business in Massachusetts and included many progressive thinkers who pushed for women's rights in a staunchly patriarchal society.

In honor of Women's Equality Month, Borderland is hosting six 30-minute guided tours of the Ames Mansion in August where visitors can learn all about the Ameses' involvement in the struggle for women's rights and check out some of Blanche's suffrage artwork and political cartoons. The tours are restricted to the first floor of the mansion, which is marking its 100th anniversary this year.

Recently, Paul Clifford, visitor service supervisor and tour guide at Borderland, gave GO an advance peek at the Ames exhibit to help get the word out to the public.

"Oakes was a very progressive thinker," Clifford said of the Harvard graduate and botanist. "He really thought outside of the box and believed that women deserved the same rights (as men)."

He may have inherited this belief from his father, Oliver Ames - a former Massachusetts governor who campaigned for women's rights.

Blanche's family, which was coincidentally also named Ames, was equally forward-thinking and encouraged her to be independent. Her parents sent her to Smith College where she graduated in 1899.

As visitors will learn on the 30-minute tour, Blanche was a strong-willed and self-sufficient woman, and if she wanted something, she usually found a way to make it happen.

"Blanche was a mother, a daughter, a sister and a wife," Clifford said. "But she was also an architect, a designer, an inventor, an author and a civil rights activist. She led Easton in a civil rights movement."

Blanche actually designed the Ames Mansion after butting heads with the architect who was hired to do it. She also drew illustrations of orchids for her husband's botanical studies and was, as Clifford said, Oakes's "partner in crime."

Blanche also was a skilled painter; one of her original works, which has a 3-D aspect to it, can be seen in the mansion dining room. And she even wrote a book when she was in her 80s. But what really defined her was her devotion to women's rights.

In 1915, when Massachusetts voters would decide whether to allow women the right to vote, Blanche attended 40 events throughout the commonwealth to spread the word of female equality. In one day, she drove from Easton to Worcester, hopped on a train to Springfield, and traveled all the way home after attending two parades, Clifford said.

Oakes would stand next to his wife in as many parades as he could to show other men that granting women equality would be the right thing to do.

Visitors will hear the full tale on the tour, but suffice to say Blanche worked tirelessly for women's rights, participating in suffrage groups and hosting meetings at the mansion. And she didn't stop after Massachusetts voted against women's suffrage in 1915; she joined the National Suffrage League and drew political cartoons advocating for female equality. The cartoons gained national attention, and Oakes lent his support by forming a men's suffrage league.

When the 19th Amendment was ratified on Aug. 18, 1920, Oakes wrote in his diary that he had "never seen Blanche that happy in all their years together," Clifford said.

While the tour focuses primarily on the Ameses' contributions to the women's suffrage movement and their family histories, visitors will also learn about the importance nature played in their lives. An interesting tidbit: Almost all of the windows on the first floor of the mansion double as doors.

"They wanted their lives to be outside with nature, and they wanted nature to be inside with them," Clifford said.

The mansion, which contains original furniture, is roughly 22,000 square feet with eight bedrooms and 81/2 baths and sits on 1,700 acres of land, which the state acquired in 1971, two years after Blanche's death.

Portraits of the family decorate the walls of the first floor and serve as talking points during the tour. Visitors will also have the opportunity to see some of the couple's collection of 6,000-plus books housed in their exquisite two-story library, alongside souvenirs that Oakes brought back from his scientific travels.

The tours are sponsored by the Friends of Borderland, a nonprofit organization that helps the Massachusetts Department of Conservation and Recreation maintain resources and fund programs at Borderland State Park.

COST: Free, though there is a $2 parking fee. (Pay at the yellow machine at the main parking lot entrance.)