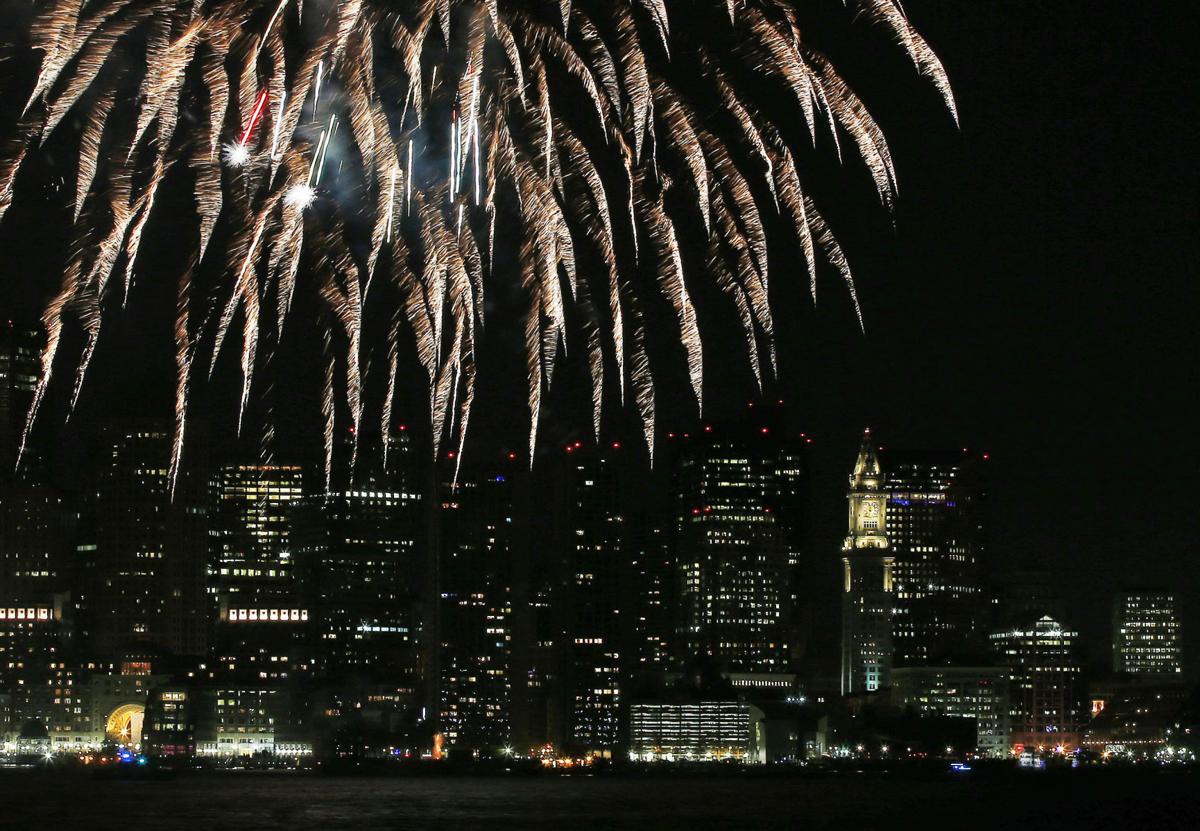 File- This Jan. 1, 2014, file photo shows fireworks lighting up the sky over Boston Harbor to celebrate First Night in Boston, during New Year's celebrations. City and state officials will talk about safety preparations for Boston's annual New Year's Eve celebration as protesters plan to hold a demonstration against recent police killings of unarmed black men and boys. Boston Mayor Martin Walsh, Police Commissioner William Evans and other officials will discuss the preparations at City Hall on Tuesday morning. Activists have promised to stage a "die-in" at Copley Square near some of the New Year’s Eve activities. (AP Photo/Elise Amendola, File) 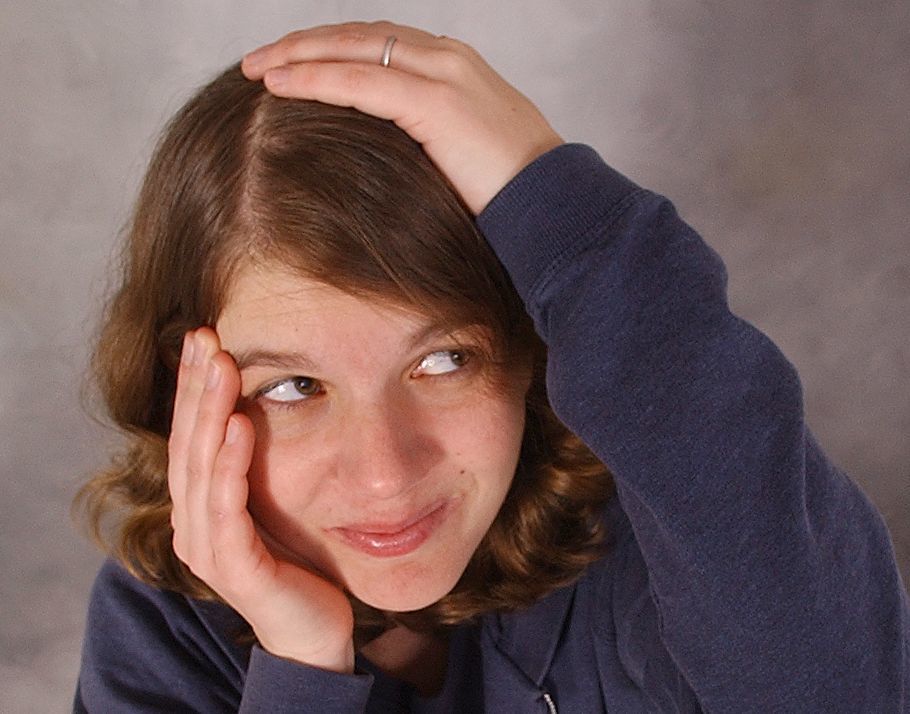 File- This Jan. 1, 2014, file photo shows fireworks lighting up the sky over Boston Harbor to celebrate First Night in Boston, during New Year's celebrations. City and state officials will talk about safety preparations for Boston's annual New Year's Eve celebration as protesters plan to hold a demonstration against recent police killings of unarmed black men and boys. Boston Mayor Martin Walsh, Police Commissioner William Evans and other officials will discuss the preparations at City Hall on Tuesday morning. Activists have promised to stage a "die-in" at Copley Square near some of the New Year’s Eve activities. (AP Photo/Elise Amendola, File)

With so much focus on the Time Square New Year’s Eve celebration in New York, it’s sometimes easy to forget all of the fun local events available to help kick off 2018 on a high note.

But they’re out there in abundance, and below you’ll find 10 we picked for your consideration. So instead of spending the last hours of 2017 on your couch waiting for the ball to drop in a city almost 200 miles away, pay a visit to any of these celebratory events or parties much closer to home.

Have a ball (drop) in Providence

New York isn’t the only city boasting a New Year’s Eve ball drop. Downtown Providence will host its first ever one at 1 Financial Way. The city’s New Year’s Eve festivities start at 7 p.m. and are free to the public. There will be no shortage of food and activities, with the night featuring food trucks, hot chocolate, face painting, music, a laser light show and much more. As for the ball drop, while there may be no actual ball to speak of, there will be a projected version against the city’s iconic “Superman” building. (www.goprovidence.com)

Boston’s annual First Night celebration has been delighting people across New England and beyond since 1975, and this year is no exception. Free and open to all, the night starts with the People’s Procession at 6 p.m. After budget cuts left 2016’s First Night celebration without fireworks, a fundraising effort by waterfront organizations and businesses has brought back the pyrotechnics for 2017. There will be a family-friendly fireworks show at 7 p.m. on Boston Common and a midnight pyrotechnics and light show in Copley Square. It would be impossible to list all of the events in and around the First Night Boston, but you can check out their hefty event schedule at www.firstnightboston.org.

If you think your 2017 was lacking in laughs, ring in the new year at the Mansfield Music & Arts Society’s Black Box Theater, where there will be comedians sure to have you in stitches by the time the ball drops. MMAS will be offering shows at 7 and 9 p.m. featuring headliner Dave Rattigan from Boston as well as Abhishek Shah and Norton resident Andrea Henry. “New Year’s Eve is the biggest stand-up comedy night of the year and we’re thrilled to be able to present this for people coming to our downtown location,” MMAS Executive Director Ken Butler said. As an added bonus, the venue will also have a cash bar available to patrons, which hopefully only can help with the laughs. Tickets are $25 in advance, $28 at the door. Go to www.mmas.org or call 508-339-2822 to order. The Black Box is at 377 North Main St.

Foxboro’s Orpheum Theater, located at 1 School St. on the town common, will also be hosting a comedy show on New Year’s Eve featuring Foxboro native Jonathan “JJ” Jones. He, along with headliner Alan Fitzgerald and a few other stand-ups, will perform starting at 9 p.m. According to those who attended the Orpheum’s first comedy show in October, the theater was a laugh riot. The comics will also be accompanied by musical guest Sophie Soble, a Foxboro High student. The event is open to all, though there is a recommended minimum age of 18 due to some mature content. Tickets are $23 in advance or $28 at the door, and can be purchased at https://www.brownpapertickets.com/event/3120614.

Party at the cineplex

Sure, watching the ball drop on your living room TV could be a nice way to spend New Year’s Eve, but what if you could watch it on a giant movie theater screen? Showcase Cinemas at Patriot Place in Foxboro is offering just that opportunity. In addition to seeing the Times Square festivities, attendees can kick off the night by watching “Star Wars: The Last Jedi,” “Downsizing,” “Jumanji: Welcome to the Jungle” or “Pitch Perfect 3.” There will also be dessert and, for those of age, champagne provided. Tickets are $20.18. More info: www.showcasecinemas.com/NewYearsEve2018.

There may be plenty of nighttime activities to choose from this New Year’s Eve, but what about the kids? The Children’s Museum in Easton is offering its annual family-oriented celebration from 10 a.m. to 4 p.m. with crafts, games and even a magic show. There will also be periodic confetti blasts to salute the new year. Tickets (covering both museum and event admission) are $10 and can be purchased at the door. Pizza can be purchased for an additional fee. Children’s Museum members who show their card will receive one admission for free. The museum is in an old firehouse at 9 Sullivan Ave. in North Easton village. For more information visit www.childrensmuseumineaston.org or call 508-230-3789.

For those 21 and over who feel like slipping on their dancing shoes for New Year’s Eve, look no further than Twin River Casino in Lincoln. The night will start with an all-you-can-eat buffet, but don’t eat too much — you’ll want to be able to move when you get out on the dance floor. The World Premier Band will be playing selections from the ’90s mixed with contemporary funk and dance music. Attendees will also receive drink tickets and a champagne toast to kick off the new year. Tickets are $90 and $120, with the latter getting you a few extra perks, including seating next to the dance floor. (www.twinriver.com/entertainment)

If big, glitzy parties aren’t you thing, stop by Goff Memorial Hall, 124 Bay State Road, Rehoboth for a special holiday dance. The night will be hosted by the Sunday Night Jammers, a group of local musicians. There will be contra dance steps and a variety of international and couple dances, such as polkas and waltzes. And if all that jargon means nothing to you, don’t worry. Beginners are welcome. Can’t convince anyone to be your waltz partner? Not a problem. Partners are not necessary. The dance will run from 8 p.m. to midnight, with refreshment breaks throughout. Admission is free. For information, contact Bob Elliott at Bobolinkelliott@yahoo.com or call 774-644-1369. (www.contradancelinks.com/jammers)

Dance the pig away

Barbecue, dancing, beer and giveaways. Need we say more? GPub in Providence is celebrating New Year’s Eve with a delectable Southern-style buffet featuring a pig roast, ribs, brisket, pulled pork, chicken and waffles, and more. The dinner runs from 7-9 p.m., then DJ Andy Morris leads an after-party that goes until 2 a.m. There will also be games, a photo booth, a midnight toast, more than 50 beer selections and hourly giveaways. Tickets are $30-$65, and can be purchased by visiting http://nyeprovidence.com/. This event is for those 21 and over.

If pounding music and glaring lights aren’t what you’re looking for, consider participating in a contemplative Labyrinth Walk with the First Universalist Society, 262 Chestnut St., Franklin. Lit by candles, the walk will be serene, calming and a great way to enter 2018 stress-free. It goes from 5-7 p.m., with the walk taking about 30 minutes. For those who would like to stick around afterward, there will be light snacks and the opportunity to make a mandala, a spiritual symbol representing the universe. There will also be an opportunity to donate to the Pathways Family Shelter in Framingham. The event is free and open to the public. For questions, contact Judith Swaim: jbswaim@verison.net, 505-528-7831.