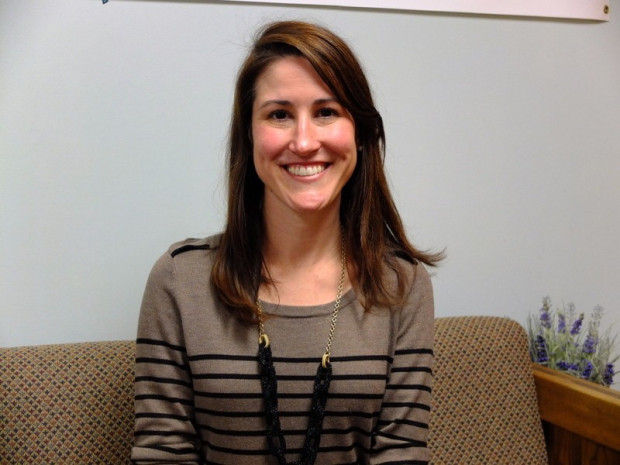 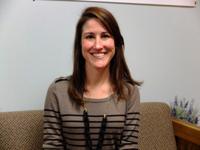 Lori Sousa. (Photo by Laura Calverley / For The Sun Chronicle)

Lori Sousa. (Photo by Laura Calverley / For The Sun Chronicle)

ATTLEBORO - A new executive has taken over the marketing reins at New Hope, the regional agency dedicated to ending domestic and sexual violence in the Attleboro community.

Lori Sousa has been hired as New Hope's new vice president of marketing and development.

She will be overseeing marketing, public relations, and social media as well as corporate sponsorships, grants and individual gifts.

She's been on the job since the beginning of November.

Sousa, 37, brings many years of experience in business development and community relations to the position. She served as the director of sales and marketing for the American Institute of Architects (AIA) in Washington D.C. for nearly eight years.

Sousa most recently served as a business development specialist for the Peace Corps stationed in Ukraine. She was evacuated soon after the conflict in that country began.

The experience, combined with previous work at the American Film Institute in Washington, D.C., strengthened her desire to work in the non-profit world.

"I came back and decided to move back to Massachusetts to be close to my family and find something here that was for a good cause," Sousa said.

Sousa, who grew up in Somerset, is excited about the opportunity at New Hope. She said she is amazed at how much the small agency is able to accomplish. "The counselors and people who work at the agency are doing unbelievable work and not because they want to get rich, but because they want to help people. That's so inspiring," Sousa said.

One of Sousa's goals is to diversify the agency's funding streams.

"The agency has been successful in building relationships with businesses and the community, but has never tried to do grassroots fundraising," Sousa said. To that end, she's developed a new program to do just that, called "MyHopeSwap." The campaign encourages people to give up a small daily luxury, such as a cup of coffee, and "swap" it for a donation to New Hope.

Sousa hopes the new program will connect with individuals.

"Domestic violence is a community safety issue. Everyone can be part of the solution," Sousa said.

Sousa is looking forward to New Hope's annual Moonlit Wine, Beer & Food tasting next month. To be held Saturday, Jan. 24 at Briggs Garden and Home (295 Kelley Boulevard, North Attleboro), tickets are $50 each and are available at www.new-hope.org/events or by contacting New Hope at development@new-hope.org or at 508-226-4015, ext. 2145.

The event is going into its seventh year. New Hope's Development & Marketing Associate Ellayna Ungureanu, who is working with Sousa, is coordinating the event.

Sousa said it's wonderful how much the community has embraced New Hope's events and how "beloved" they have become.

"This community is unbelievable. It's reignited my faith in the power of community," Sousa said.

LAURA CALVERLEY is a freelance writer for The Sun Chronicle. She can be reached at lacalverley@gmail.com.

This is highly informatics, crisp and clear. I think that everything has been described in systematic manner so that reader could get maximum information and learn many things. Internet Jetset Review