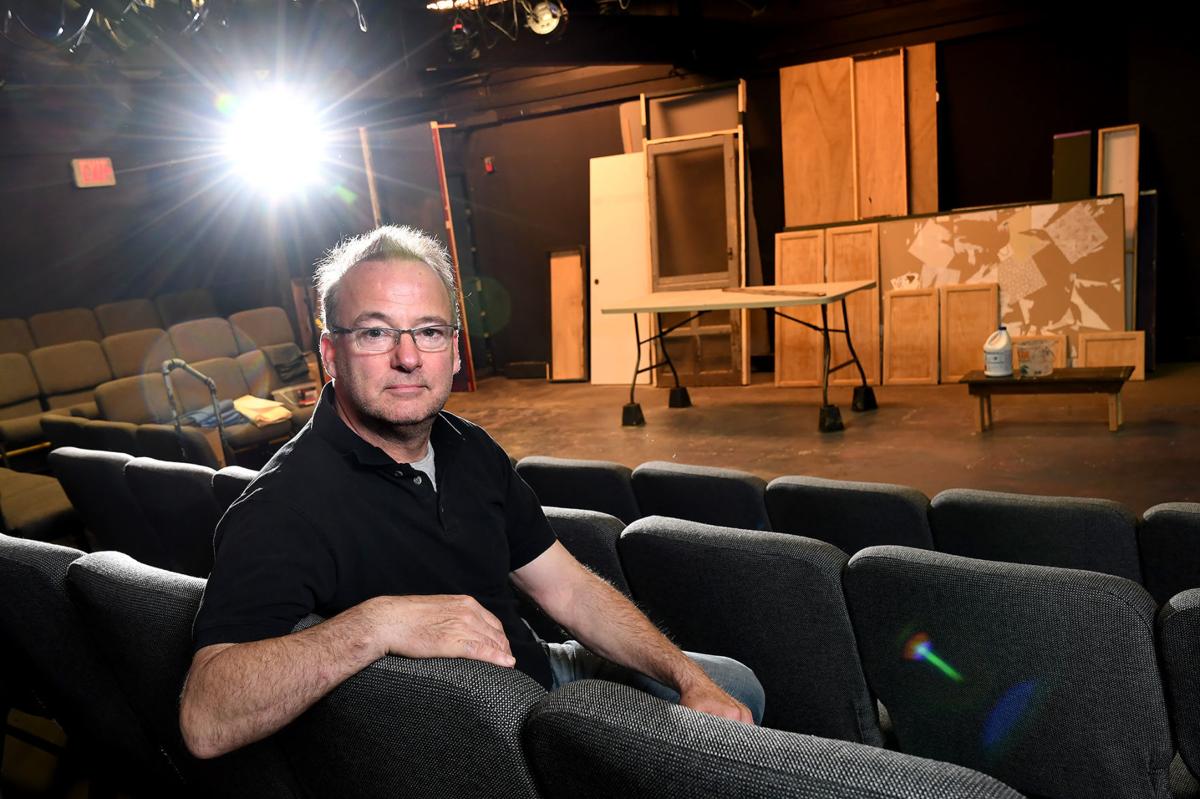 Ken Butler, director of the Mass Music and Arts Society in Mansfield, said the 50 percent capacity limits for live shows mean the organization wouldn’t be able to recoup the full cost of putting on performances. 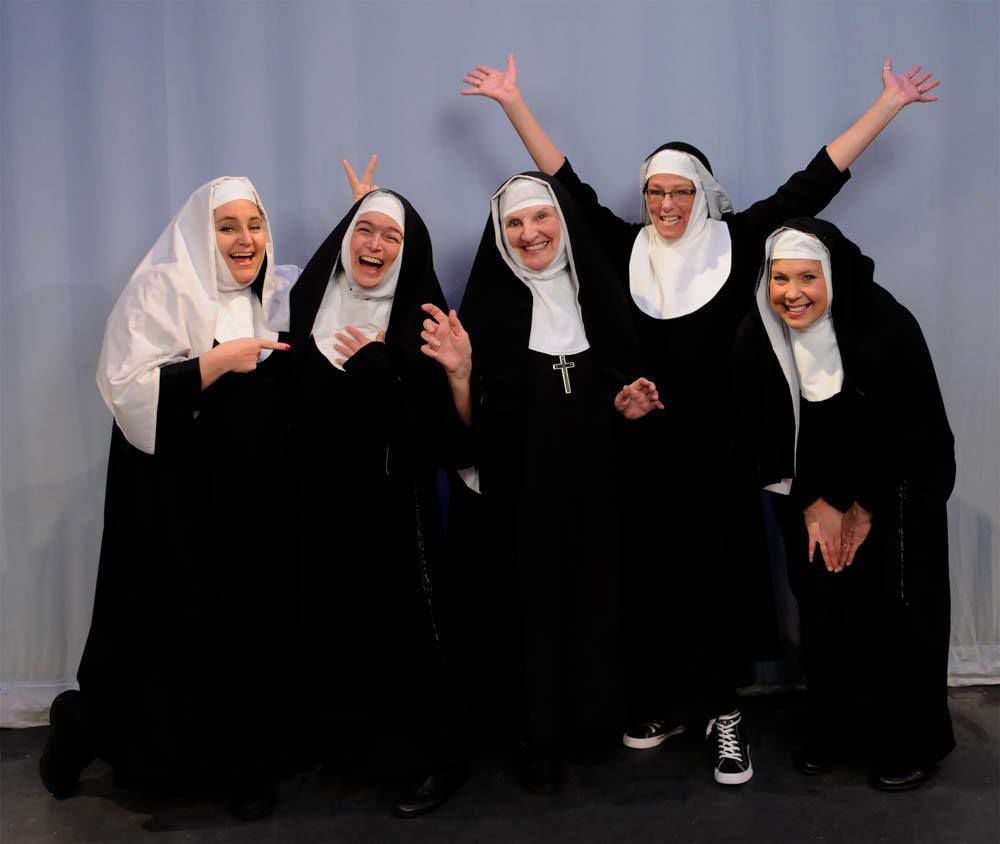 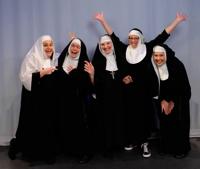 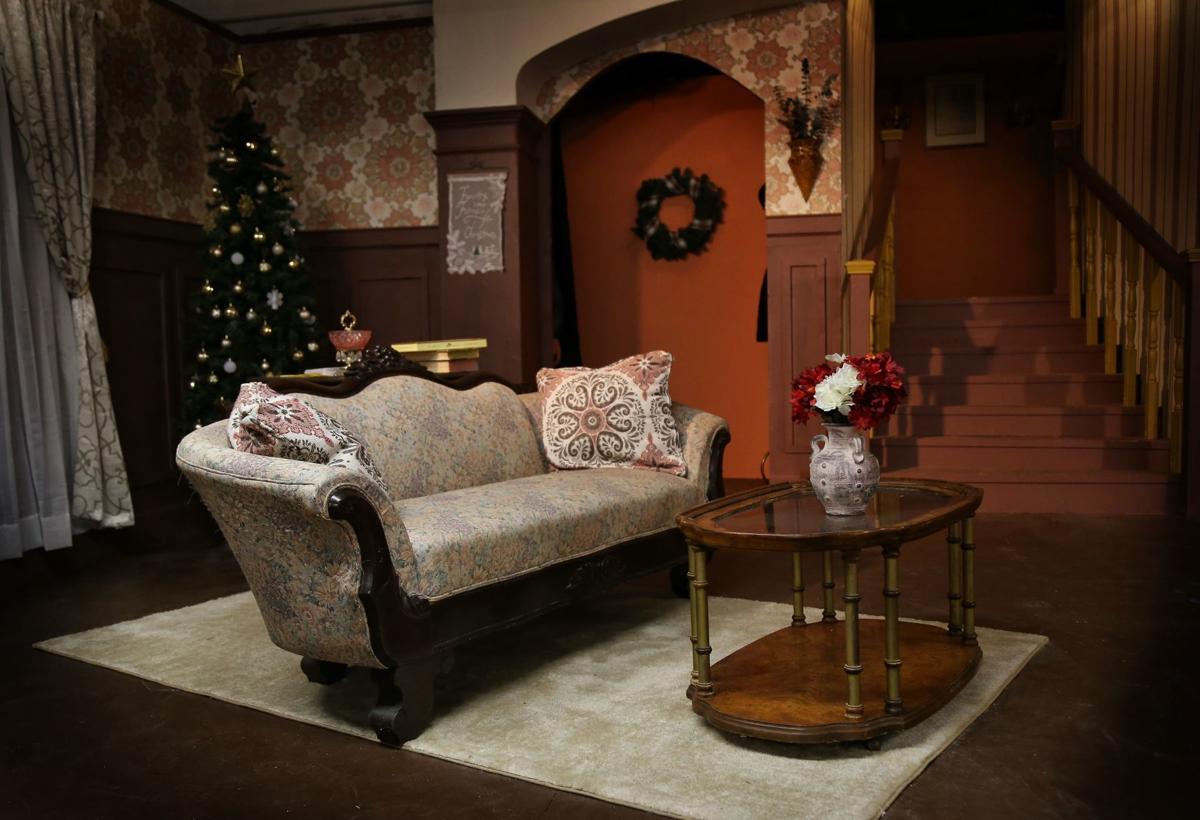 The set of Attleboro Community Theatre’s “The Man Who Came to Dinner” last year. 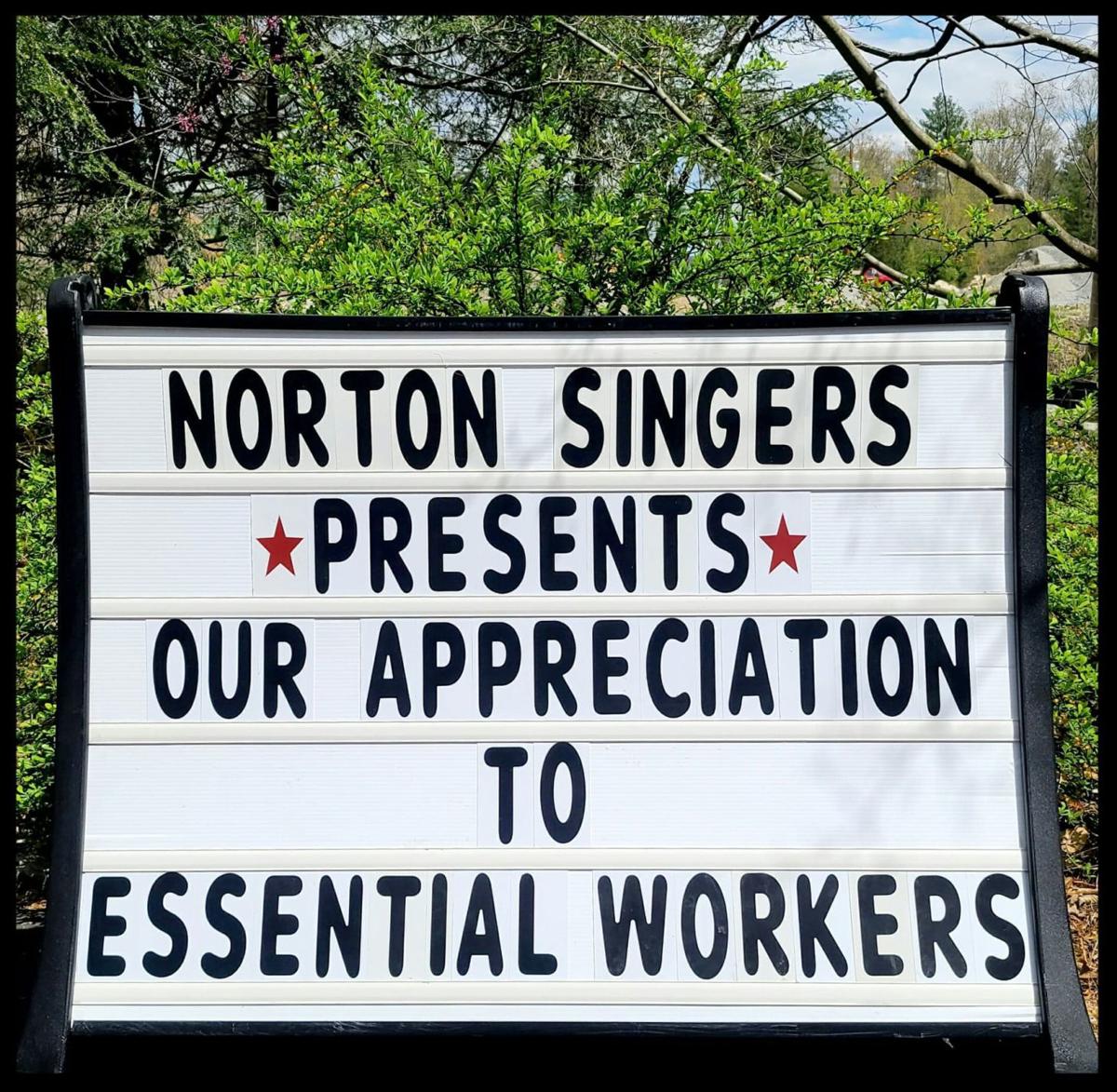 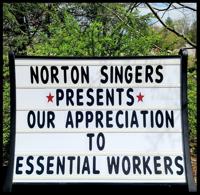 The Norton Singers express their thanks to essential workers on this sign at the Attleboro/Norton border, across from the post office. 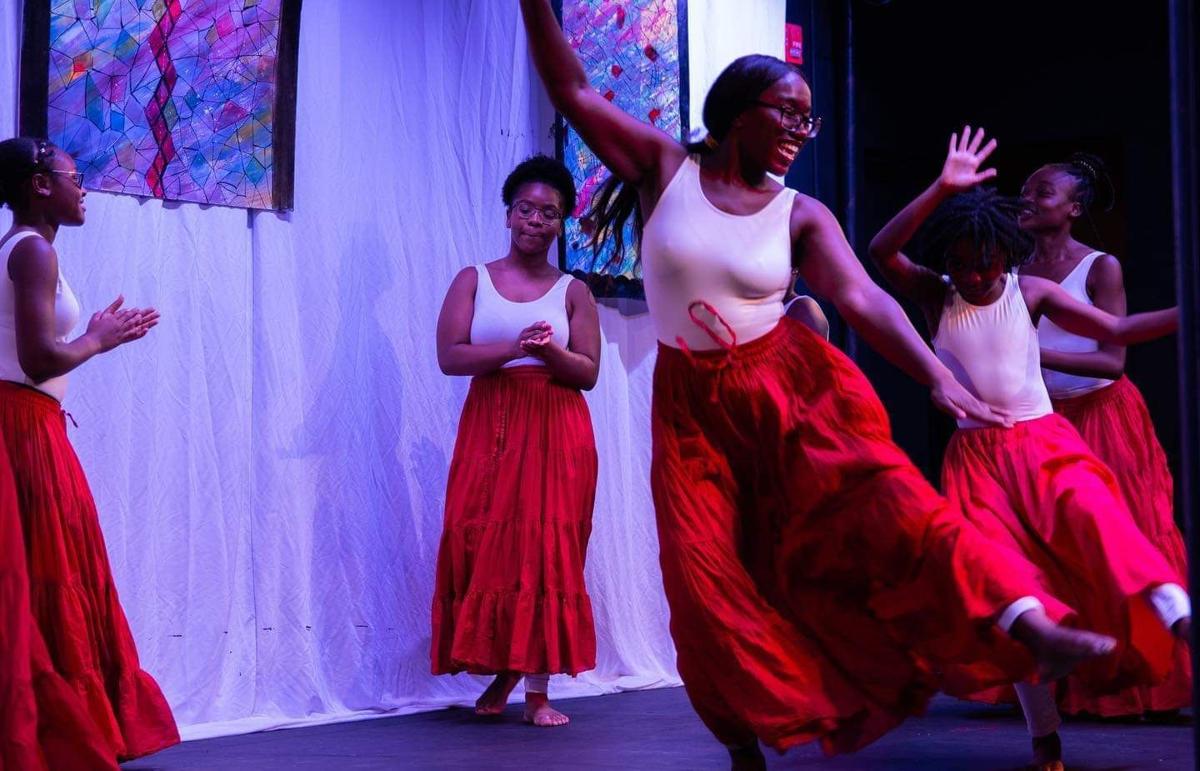 Ken Butler, director of the Mass Music and Arts Society in Mansfield, said the 50 percent capacity limits for live shows mean the organization wouldn’t be able to recoup the full cost of putting on performances.

The set of Attleboro Community Theatre’s “The Man Who Came to Dinner” last year.

The Norton Singers express their thanks to essential workers on this sign at the Attleboro/Norton border, across from the post office.

Area theaters have lost tens of thousands of dollars in revenue this year due to the coronavirus pandemic but are determined that the show will go on ... eventually.

In the meantime, they’re doing what they can to maintain hope and survive.

Due to social distancing rules and regulations brought on by the virus, they postponed their show “The Nerd” to February 2021.

“For us not being able to put on the final show of our 63rd season, we probably lost $6,000 in revenue from ticket and concessions sales,” President Jeanne Smith said. “We may have also lost the grant reimbursement for that show from one of the local cultural councils that granted us money for audio and light enhancements.”

ACT is in the process of planning some events for the summer that could help to generate a small amount of revenue for them, and Smith is keeping her fingers crossed that the theater will be able to hold its full 64th season.

“If we have to cut audience numbers in order to meet social distancing guidelines the (Centers for Disease Control and Prevention) gives us, we would still like to put on the four planned shows this coming season,” Smith said. “We all miss our theater family and are looking forward to getting back on stage as soon as we are able to do so safely.”

The Mansfield-based Mass Music and Arts Society has canceled the rest of its season and will be down $70,000 in ticket revenue by the end of June, founder and executive director Ken Butler said.

“It’s been very difficult,” he said. “We’re having a hard time planning our next season because of the shifting of shows and not knowing when we will open.”

Their educational programs also came to a halt. Teachers are holding classes on Zoom and Facebook Live and asking for donations.

Fortunately, MMAS is part of the area’s Stronger Together campaign and will be receiving a $12,500 grant to cover some of its overhead.

“The performing arts is in every part of our lives,” Butler said. “I don’t think we can live without that. It is an outlet of creativity. It releases stress, helps children find their voice and be encouraged to stand up in front of people to express themselves.”

One town over from MMAS, The Norton Singers were rehearsing “Mamma Mia!” for their 75th anniversary season when the outbreak struck. The board decided to cancel the rest of its season and postpone its production of “Mamma Mia!” until June 2021.

“It was a tough decision, but for the safety of our performers and our loyal audience, the appropriate one,” Artistic Director Ted Mitchell said.

The company lost a longtime member due to complications from the coronavirus and on its sign on Route 123 at the Attleboro/Norton line expressed its gratitude to essential workers.

It plans to hold a virtual 75th anniversary celebration in June as well as a gala, musical revue and concert-style show.

“A lot of these plans are dependent upon when it is safe to open up again,” Mitchell said. “Right now, our feeling is that it is simply too early to make that decision and we would rather be on the side of caution.

“Our expectation is that we will not be performing live and in person until at least September and perhaps even later than that.”

At Mixed Magic Theater in Pawtucket, they’re trying to find ways to generate revenue until things get back to normal.

“We’re suffering,” said Ricardo Pitts-Wiley, co-founder and development director. “About 90 percent of our revenue has been eliminated. We have spent a lot of time and energy developing our performance spaces and had to stop all production.”

They have built an online presence to encourage their audience to partake in the living experience of the arts. They are also writing grants and asking people to make donations to the work they present.

“We’re hopeful by the end of the year we’ll be able to move back indoors,” Pitts-Wiley said. “The arts has to be included as an essential part of the living experience for everyone.”

Also in Pawtucket, The Community Players were forced to postpone their final production of the season, “9 to 5: The Musical.”

They applied for a grant to cover the cost of wireless microphones, but due to the coronavirus, the funds were directed elsewhere.

“We will be forced to make the capital investment without any financial assistance during an already damaged financial season,” President Ed Mastriano said.

“It’s rather difficult to make plans when circumstances are beyond our control,” he added. “We have a lot of fun, cool plans for the 100th season (slated to begin this fall), so we can’t wait until it’s deemed safe for people to attend theater once again.”