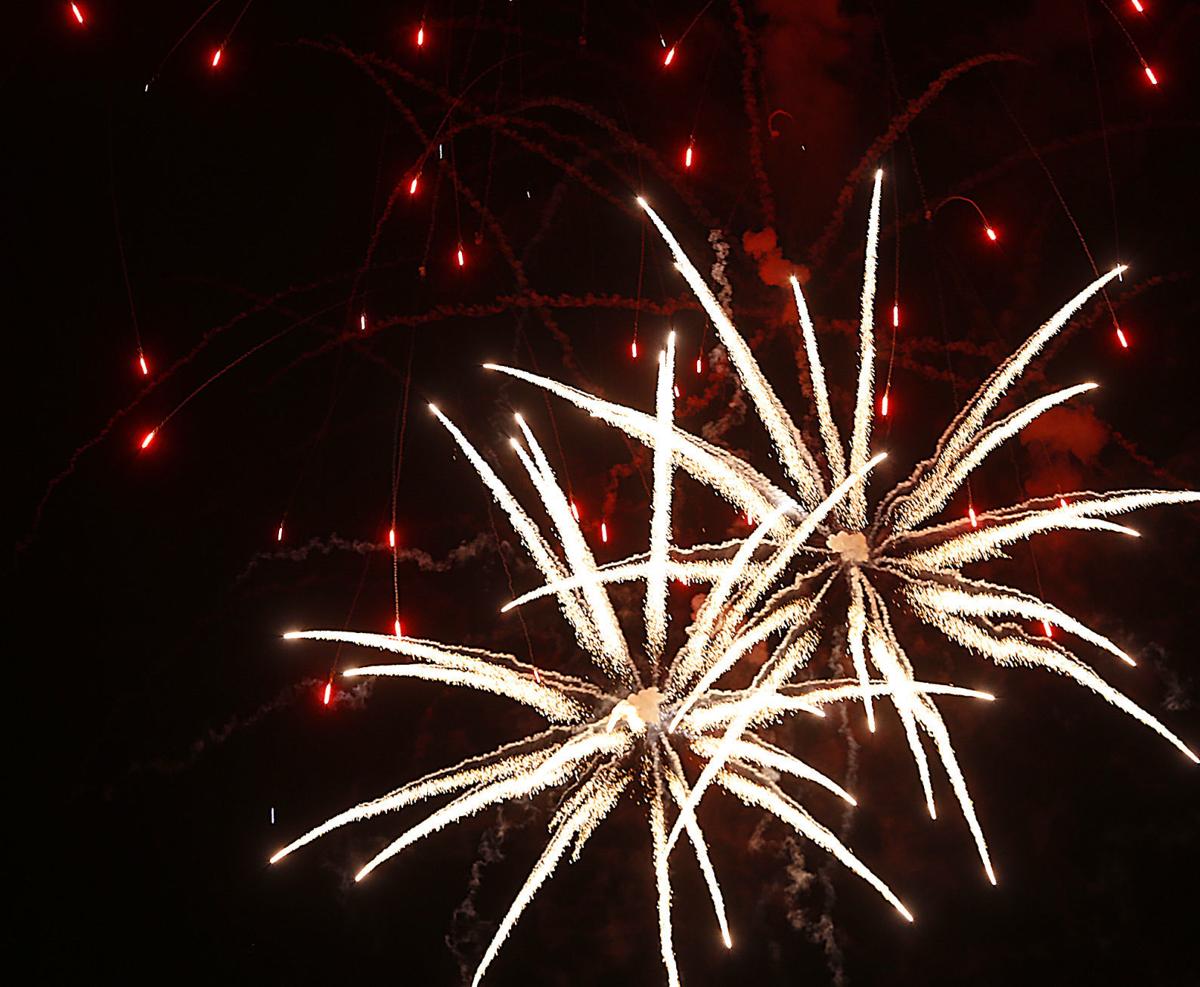 Fireworks explode over Gillette Stadium last summer to celebrate the Fourth of July holiday. The fireworks this holiday weekend have been postponed. Fireworks light up the night sky over Hayward Field in Attleboro last year during the city’s annual Third of July celebration. Mayor Paul Heroux said he’s hoping the city can hold a big party in the fall.

Fireworks explode over Gillette Stadium last summer to celebrate the Fourth of July holiday. The fireworks this holiday weekend have been postponed.

Fireworks light up the night sky over Hayward Field in Attleboro last year during the city’s annual Third of July celebration. Mayor Paul Heroux said he’s hoping the city can hold a big party in the fall.

With traditional Fourth of July fireworks events wiped out by the coronavirus pandemic, law enforcement officials throughout the area fear there will be more backyard celebrations than usual this holiday.

In much of the area, explosions of fireworks have already become an every-night nuisance, keeping people up and scaring pets and children.

In Attleboro, numerous complaints about the late-night explosions have been made to the Attleboro mayor’s office and police department.

In North Attleboro, police say they have received 17 complaints since June 5. Several have come from the Old Post Road and Reservoir Street areas and patrols sent to find those responsible have so far been unsuccessful.

“With the help of the community, we are trying pinpoint a location,” North Attleboro Police Chief John Reilly said.

The problem is nationwide. Setting off illegal fireworks has become an issue everywhere, it seems, with cities such as Providence, Boston and New York trying to figure out how to quell them.

Theories on why fireworks are all the rage this spring range from coordinated efforts to blame those protesting police brutality to bored people blowing off steam amid or following coronavirus lockdowns.

It’s gotten so bad in New York City, where fireworks of all types are banned, that Mayor Bill de Blasio set up a multiagency task force in hopes of getting answers. It seems blasts from Brooklyn to the Bronx have people in the city that never sleeps desperate to actually get some.

All fireworks, even sparklers and party poppers, are illegal in Massachusetts, but those and other fireworks are easily available online and right next door in Rhode Island.

When not in the hands of professional pyrotechnics experts, fireworks are dangerous and can lead to serious burns and fires. The latter is of particular concern this year, with little rain creating dry conditions.

Last June, a building caught fire in Plainville after fireworks were thrown down the chute of a trash compactor, according to the state Fire Marshal’s Office.

The fire was one of several last year around the state during the July 4 holiday season, including one in Boston that displaced 20 people and caused $700,000 in damage.

“Once the fireworks are set off you don’t know where they are going to land. They can land on a roof or in somebody’s yard,” North Attleboro Fire Chief Chris Coleman said.

“Our biggest issue is that we are so close to Rhode Island, where certain fireworks are legal,” he added.

Even sparklers, which are popular with young children and many people believe are safe, can burn at temperatures of up to 1,800 degrees. Children younger than 15 account for one-third of the severe burn injuries requiring emergency room visits, according to the Fire Marshal’s Office.

Foxboro Fire Chief Michael Kelleher said fireworks can result in severe burns to hands or even the loss of fingers.

“People should really leave fireworks in the hands of professionals,” Kelleher said.

It is illegal to transport fireworks in Massachusetts, even if they were purchased legally in other states.

The possession, sale and use of fireworks is also illegal. Anyone caught selling fireworks risks arrest, a maximum $1,000 fine and a year in jail.

Fines for fireworks use and possession go up to $100 and police will seize the contraband.

But potential fines and the risk of injury have hardly stopped the problem.

Over the last 10 years, according to the Fire Marshal’s Office, there have been 858 major fires and explosions involving illegal fireworks in Massachusetts.

“While fireworks are an emblem of July 4 celebrations, in the absence of public displays this year, we strongly encourage people to find safe and creative alternatives for celebrating the holiday,” Lorraine Carli, a spokeswoman for the National Fire Protection Association said.

In addition to the harm fireworks can inflict on individuals, Carli said the incidents burden first responders and emergency room staff already exhausted by COVID-19 emergencies.

The state fire marshal has a similar message.

“Have fun but be safe this Fourth of July and give first responders the night off,” Fire Marshal Peter Ostroskey said.