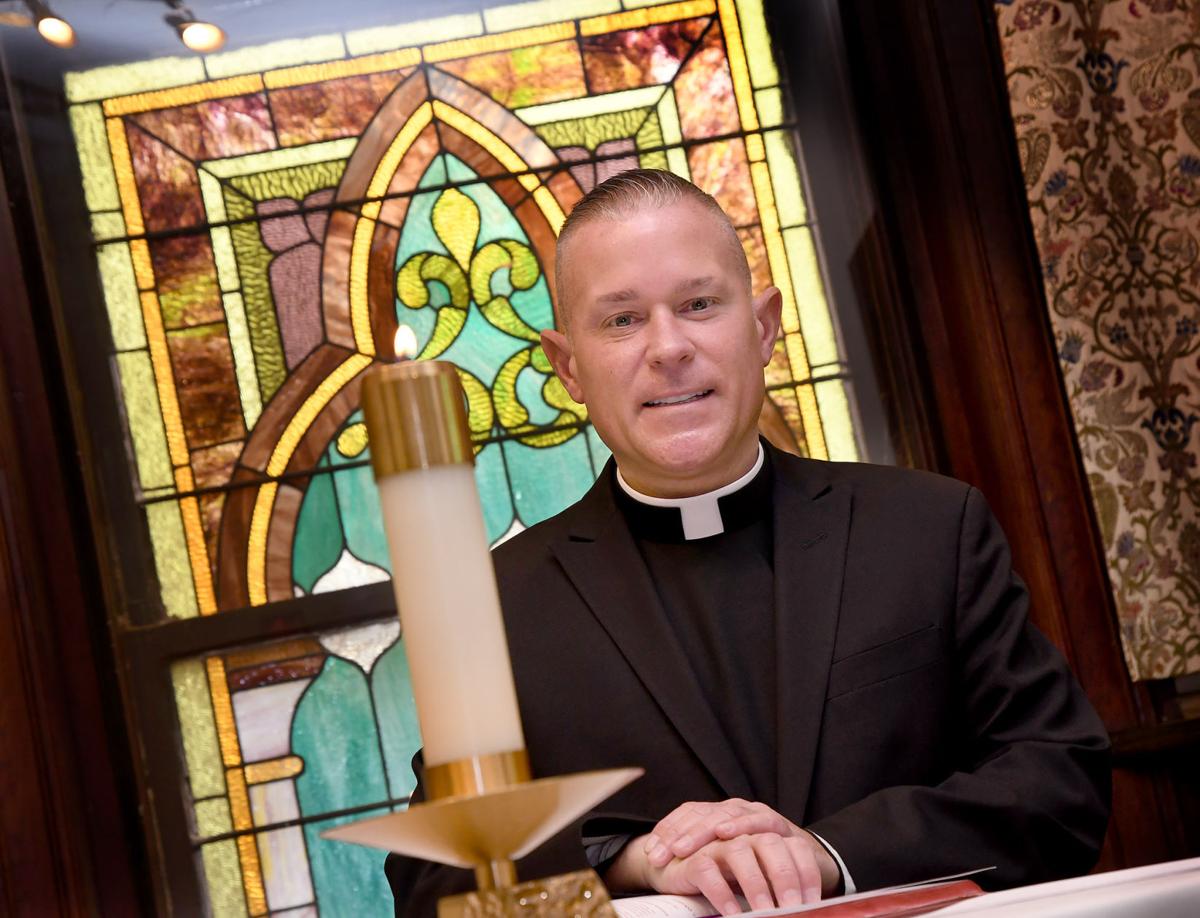 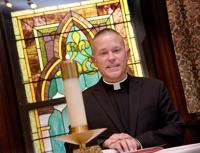 The Rev. Rodney Thibault of the Transfiguration of the Lord Parish in North Attleboro, which includes St. Mark’s, St. Mary’s and Sacred Heart churches, says he doesn’t expect a return to normal Mass attendance right away. 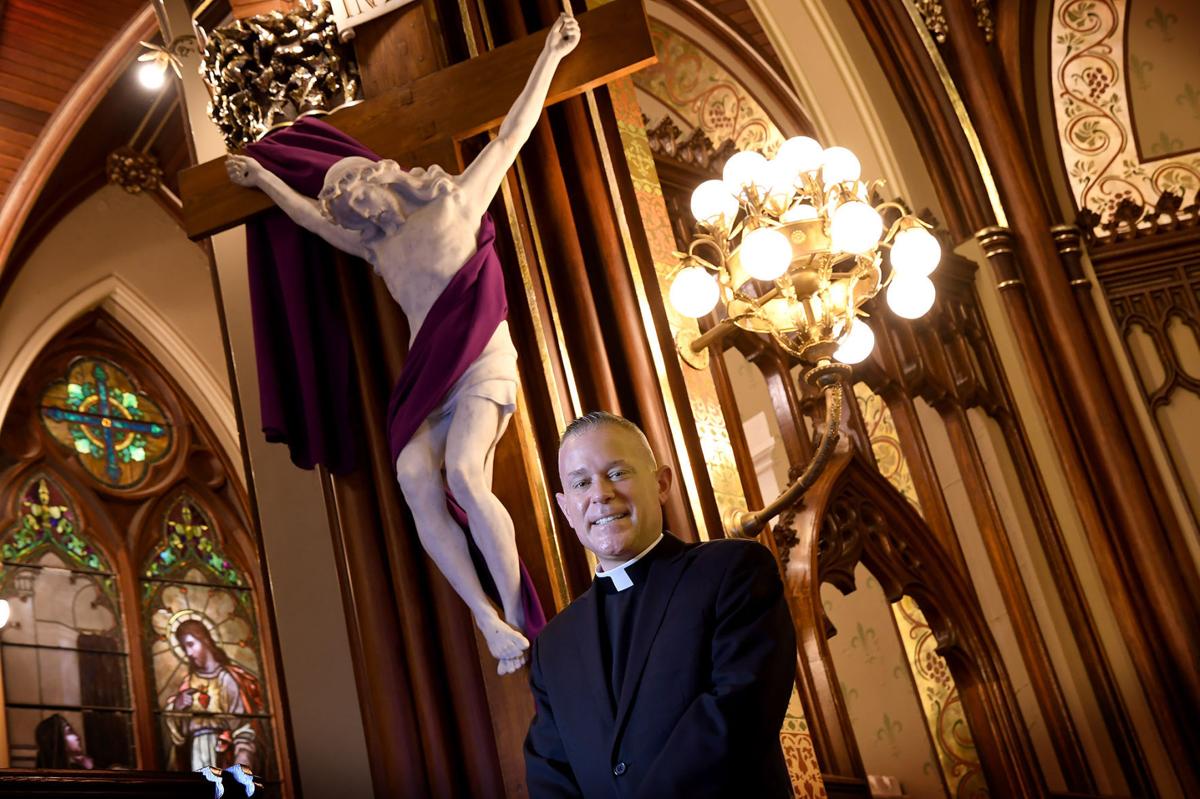 The Rev. Rodney Thibault of the Transfiguration of the Lord Parish in North Attleboro, which includes St. Mark's, St. Mary’s and Sacred Heart churches, seen here inside St. Mary's in April 2020.

The Rev. Rodney Thibault of the Transfiguration of the Lord Parish in North Attleboro, which includes St. Mark’s, St. Mary’s and Sacred Heart churches, says he doesn’t expect a return to normal Mass attendance right away.

The Rev. Rodney Thibault of the Transfiguration of the Lord Parish in North Attleboro, which includes St. Mark's, St. Mary’s and Sacred Heart churches, seen here inside St. Mary's in April 2020.

Cardinal Sean O’Malley of the Archdiocese of Boston and Bishop Edgar M. da Cunha of the Diocese of Fall River issued statements Wednesday announcing that the faithful are once again required to attend Mass starting the weekend of June 19-20.

Together, the dioceses cover all the Catholic churches in The Sun Chronicle area. Other bishops around the state and New England made a similar announcement. Bishop Thomas Tobin of the Diocese of Providence also called Rhode Island Catholics back to Mass earlier this week.

Most houses of worship have either been closed or open under capacity limits for the past year because of the coronavirus pandemic. During the pandemic, most area parishes offered video-streamed services, outdoor Masses or even drive-up events to accommodate worshipers.

Usually, Catholics are under obligation to attend Mass on Sunday, or on its vigil, meaning Mass on Saturday evening. For observant Catholics, missing Mass without adequate reason — such as illness — is considered a sin. The obligation also applies to certain Holy Days.

Since the end of May, churches have been allowed to open at full capacity and most rituals, including processionals and distribution of communion by hand, have been restored. Parish members who are fully vaccinated are not required to wear face masks.

The Rev. Rodney Thibault, pastor of the Transfiguration of the Lord Parish in North Attleboro, expects to continue celebrating an outdoor Saturday 4 p.m. Mass for the time being.

As for the lifting of the dispensation, he said via email, “I doubt that we will see a return to normal attendance right away, but I’ll remain cautiously optimistic.”

He would have liked to have seen the obligation suspended for a while longer, though. “You can’t go 0 to 100 after 15 months of hypersensitive mask mandates and social distance mandates.” He said that the churches of North Attleboro will be accommodating. “We have been extremely pastoral here in North Attleboro as we want to meet people where they are. We will continue to do so.”

Other area parishes also posted the bishops’ letters on their websites, for the most part without further comment.

O’Malley said Father’s Day was an appropriate time to lift the dispensation of the Sunday Mass obligation.

“In this year of Saint Joseph, who was always a faithful observer of the sabbath, we chose Father’s Day as an appropriate day to encourage all of our people, and especially our families, to return to the Sunday celebration of the Eucharist,” he said in his letter to parishioners.

Fall River’s da Cunha, in his letter to local Catholics, said, “We are mindful of the Lord’s statement: ‘Where two or three are gathered together in my name, there am I in the midst of them.’ While we certainly can pray alone, there is both strength and blessedness in communal prayer.”

He added, “To all of those who have not been able to be with us during this last year, we look forward to welcoming you back to the celebration of the Mass.”

The obligation to attend Mass does not apply to those who are ill or homebound, the bishops said.