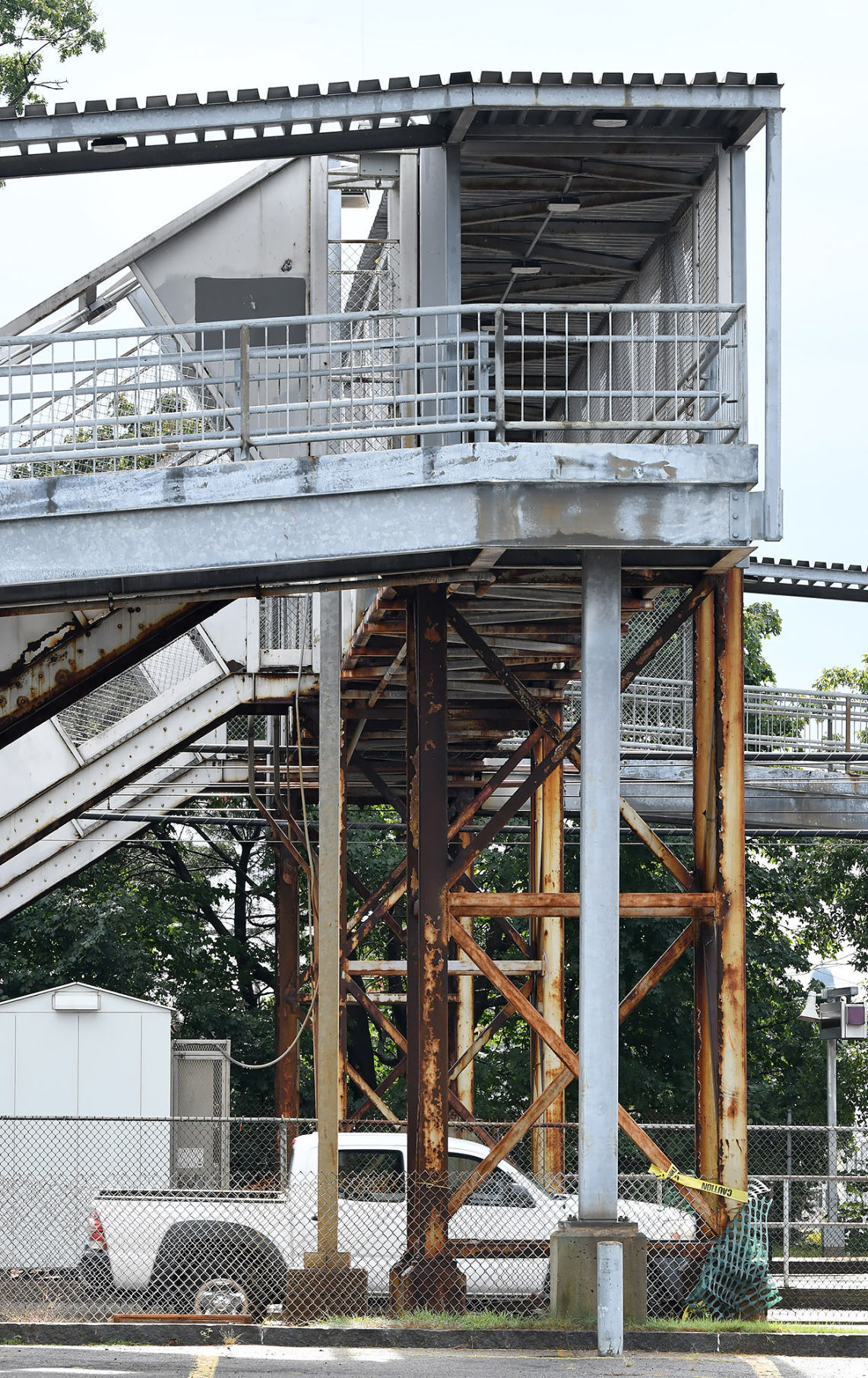 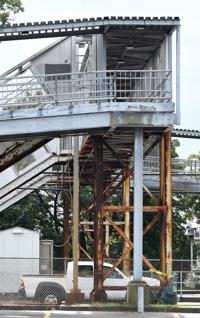 The South Attleboro train station remains closed. A truck passes under the pedestrian bridge leading from the MBTA parking lot to the train platform. 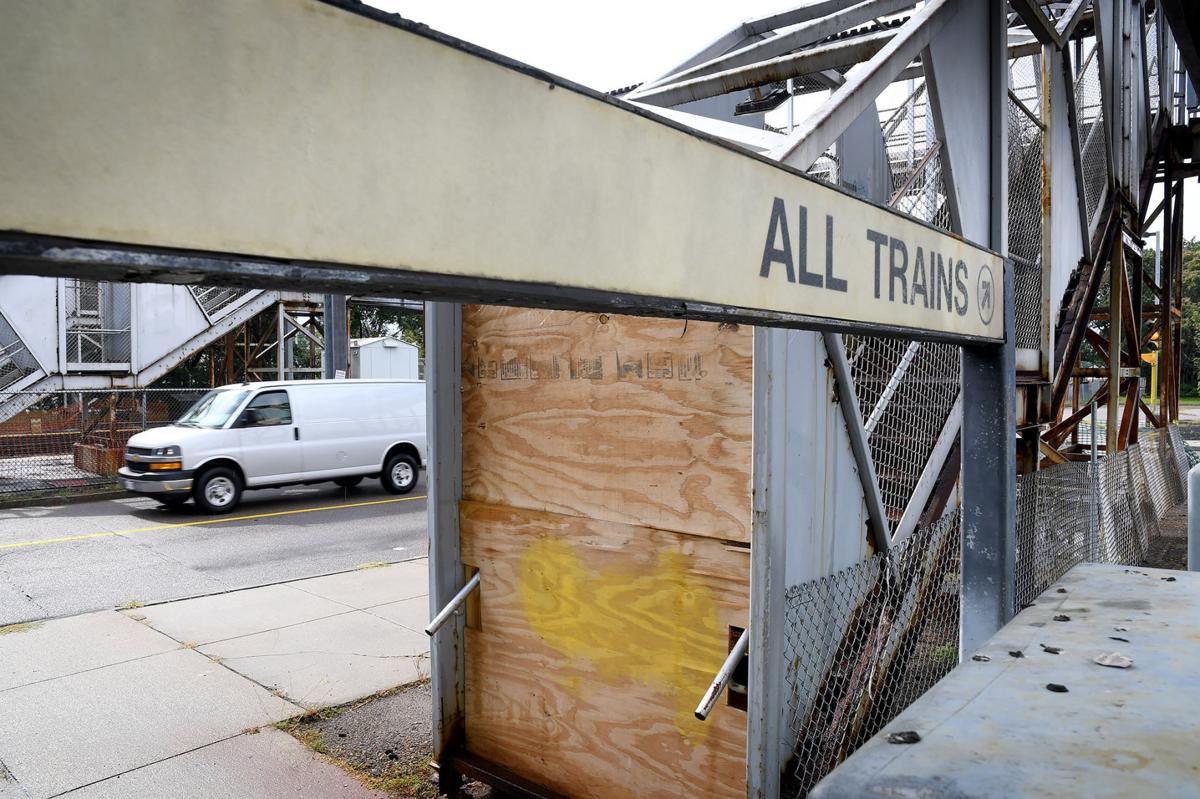 The South Attleboro train station remains closed. The stairs leading up to the pedestrian bridge are closed off with plywood to keep people from using them. 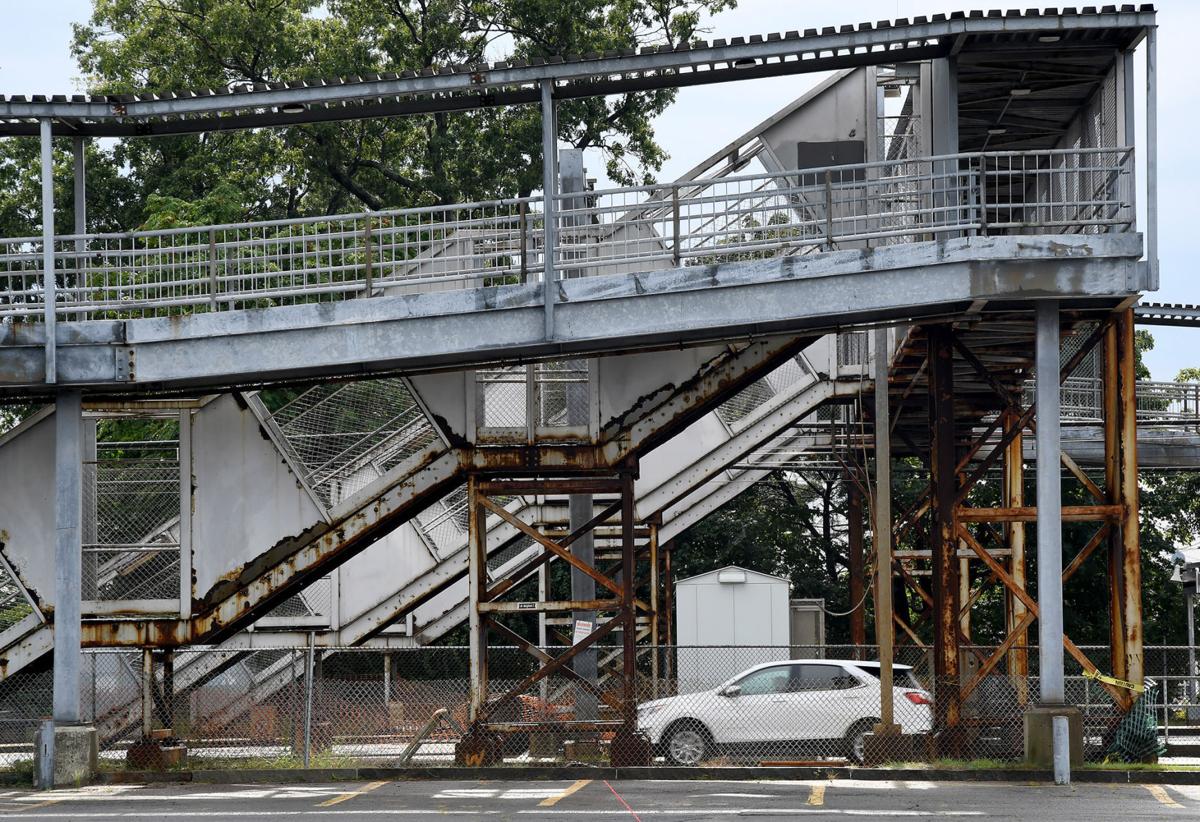 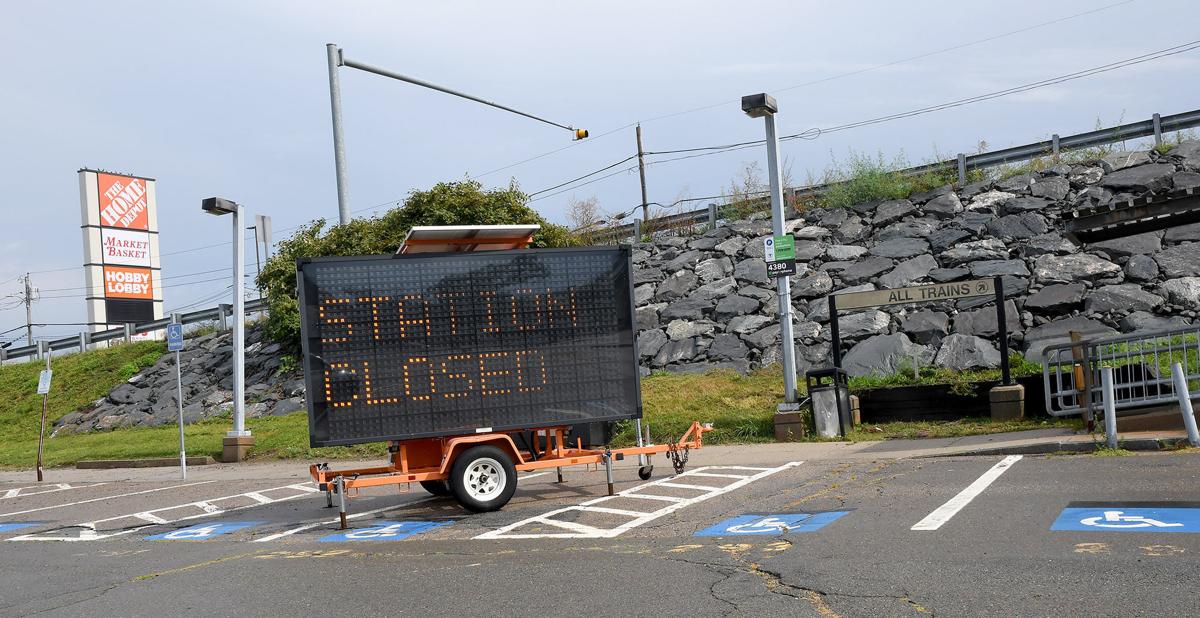 An electronic sign reminds commuters that the South Attleboro station is closed.

The South Attleboro train station remains closed. A truck passes under the pedestrian bridge leading from the MBTA parking lot to the train platform.

The South Attleboro train station remains closed. The stairs leading up to the pedestrian bridge are closed off with plywood to keep people from using them.

An electronic sign reminds commuters that the South Attleboro station is closed.

ATTLEBORO — Five months after an unsafe passenger overpass forced the closure of the South Attleboro commuter rail station, plans to resume service and reopen it are still in the works.

The Massachusetts Bay Transportation Authority suspended service to the station in February after a field inspection found the pedestrian bridge connecting the parking lot to the outbound boarding platform was “significantly deteriorated” and in need of full replacement.

Another set of dilapidated stairs near the JFK/UMass station in Dorchester caused the death of Boston University Professor David Jones this month. Jones was jogging in the area and fell from the stairs, which had been blocked off from both entrances. The Massachusetts Department of Transportation removed the stairs a week later.

“Commuter Rail service at the station has been temporarily suspended until construction is complete,” a spokesperson for the MBTA said in an email about the South Attleboro overpass. “The station is currently open to direct and nearby bus connections. The station has been secured and barricaded to ensure the safety of MBTA passengers.”

Replacement of the overpass is part of the broader South Attleboro Accessibility Improvements project.

“South Attleboro Station is a priority,” said Katie Choe, MBTA chief of capital delivery, in a March public information meeting about the project. “We are currently going through our CIP (capital improvement plan) process and looking at what funding is available. We’re clearly concerned with needing to close the station early, so it is a priority for us and we’re looking at funding.”

Nayan Naidoo, project manager for the station improvements, estimated the project will cost $48 million, with $41 million for the actual construction coming from future federal funding.

The MBTA has not yet released a schedule for the start of construction, but the design plans were expected to be completed by this fall. A spokesperson confirmed that the plans are in their final stage of development, and that the construction schedule will be set once funding for the project is secured.

State Rep. Jim Hawkins, D-Attleboro, said Wednesday that he had just received the 75% complete design plans and is expecting the complete plans in December. He also said a public briefing on the plans is expected soon.

The same pedestrian bridge that resulted in the station’s closure was inspected by the state transportation secretary in January 2020 and declared safe despite its rickety and rusted appearance.

“It horrified me when I saw the picture in Dorchester,” Hawkins said. “I’m not sure why they didn’t paint it or anything to keep from rusting.”

Hawkins has been leading the charge to repair the South Attleboro station for years, even submitting photos of the rusted staircase to the MBTA in 2019.

“The future is: This will connect regional transportation and the commuter rail in ways that haven’t happened before,” Hawkins said.

Unlike the staircase at the JFK/UMass station, the pedestrian overpass in South Attleboro is owned by the MBTA. To protect the public’s safety, the pedestrian bridge has been closed to commuter rail customers while work on the station project advances, an MBTA spokesperson confirmed.

Facing severe declines in ridership over the pandemic, the MBTA is looking at long-term planning for the South Attleboro station, Hawkins said, including preparation to be one of the first two lines to go fully electric, likely within the next 10 years.

Fixing the station will also alleviate congestion for car commuters, which will reduce traffic-related carbon emissions.

“My priority is the South Attleboro station because that’s dysfunctional,” Hawkins said. “It fixes so many big picture issues.”