A medical worker loads a dose of a COVID-19 vaccine into a syringe at the mass vaccination center at Gillette Stadium in Foxboro. 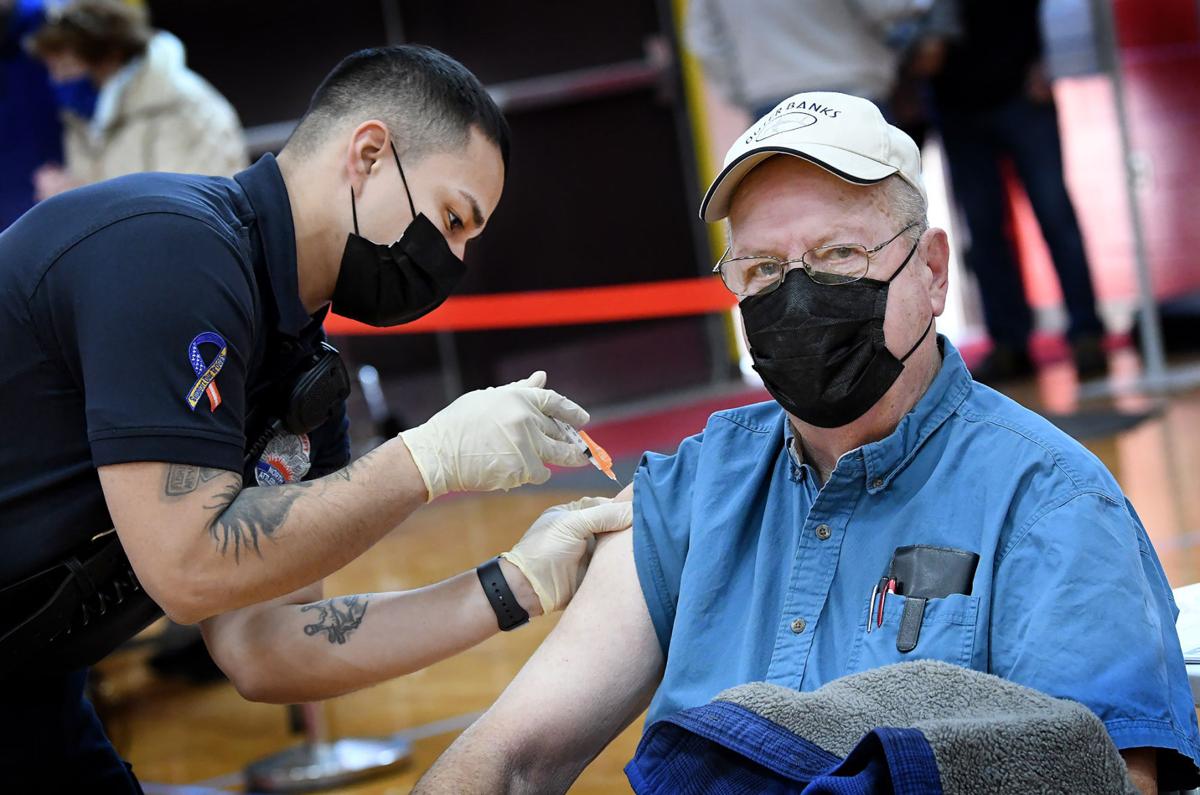 A medical worker loads a dose of a COVID-19 vaccine into a syringe at the mass vaccination center at Gillette Stadium in Foxboro.

Rocky rollouts are becoming a trademark for the state’s response to the coronavirus pandemic.

As of Thursday afternoon, residents who went to vaxfinder.mass.gov and followed instructions for the mass vaccination site at Gillette Stadium in Foxboro, for example, received a message that the state’s scheduling system was down.

Earlier, applicants saw a message saying, “This application crashed” with a drawing of an octopus. They were urged to try again later.

The site appeared to be working again by about 10 a.m. Even so, some who gained access to it could only get so far in the application process until reaching a page that gave an “application crashed” message.

Even when that was cleared, it led to a notification that an applicant’s chosen site had no appointments available. By early afternoon, the message read that the site was offline for maintenance, and a further message that “the site is down.”

That had changed again by late afternoon, allowing residents to access the site but that led to locations with few available appointments.

The delays might have been predictable, considering the number of newly eligible people who might be scrambling for appointments. But that didn’t lessen the level of frustration, and not only from the public.

Gov. Charlie Baker, speaking on WGBH radio’s “Boston Public” program Thursday, said, “My hair’s on fire about the whole thing, I can’t even begin to tell you how pissed off I am. People are working really hard to get it fixed and we know how important it is for people.”

Some of those people expressed their anger on The Sun Chronicle’s social media sites.

“It’s been crashing since 8 a.m. After 45 mins I was able to get on but there are no available appointments anywhere!” Misty Ayala-Grenier wrote on the SC’s Facebook page.

“The state needs to be organized,” wrote Lori Saint. “Opening it up to a 10-year age span is too ambitious, especially when not everyone over 75 has received the vaccine.”

Mike Parker said he was able to reach an actual human in the state service, just not the right one.

“The only warm body I was able to talk to was Chuck on the Suicide Prevention hotline through the 211 hotline that Governor Baker is promoting,” Parker said.

Baker admitted to the failures during his radio appearance.

“It’s awful and it’s going to get fixed and I’m going to work very hard to make sure it never happens again,” he said.

On Wednesday, the governor said that more than 70,000 appointments would be made available at 8 a.m. Thursday, for those age 65 and older, with two or more certain medical conditions, and for residents and staff of low income and affordable senior housing.

But it came with a warning that it could take up to a month to book an appointment.

“Due to extremely high traffic and volume, the VaxFinder tool and vaccine location websites are experiencing delays and other technical difficulties,” the state’s COVID-19 Command Center said in a statement. “We are working as quickly as possible to resolve these issues.”

Baker has already been criticized for other aspects of the vaccine rollout, including problems with supplies and a website that was confusing, particularly for older residents.

On the other hand, applicants who were able to score appointments — particularly at the Gillette Stadium mass vaccination site in Foxboro — had generally high praise for the process.

In the meantime, some 40 state lawmakers have sent a letter to Baker, slamming his administration’s decision to shift first dose vaccines from city and town health departments to mass vaccination centers.

In the letter, dated Thursday, the legislators said: “We write to you to express concerns with the decision to stop the provision of first dose vaccines to municipalities which goes into effect the week of March 1. This decision will seriously jeopardize the ability of our seniors to receive their COVID-19 vaccinations.”

The letter adds, “Instead of halting the ability of our communities to vaccinate their most vulnerable populations, we should prioritize the local infrastructure.”

Earlier this week, local leaders expressed anger over the decision.

“Every citizen should be outraged with what the governor’s administration is doing…,” Attleboro Mayor Paul Heroux said. “This is a slap in the face to our health department in Attleboro (and) to health departments and boards of health everywhere.... to take this effort away from the local vaccinators is a statement from the state administration that they think they can do a better job than the local efforts. We emphatically disagree.”

All but 20 Massachusetts cities, selected by the state’s Department of Public Health, are affected by the new rules.

For his part, Baker has maintained that the mass sites are the quickest way to vaccinate the most people.

“I am deeply disappointed that today so many Massachusetts residents are feeling frustration and anger on a day when we should be experiencing hope,” state Senate President Karen Spilka said in a statement.

She added, “The administration must deliver a better experience for our residents, who have already dealt with so much anxiety and disruption.”

The state Legislature has scheduled a hearing for next week to discuss the state’s bumpy vaccine rollout.

Material from the Associated Press was used in this report. Tom Reilly can be reached at 508-236-0332 or treilly@thesunchronicle.com. Follow him on Twitter @Tomreillynews.