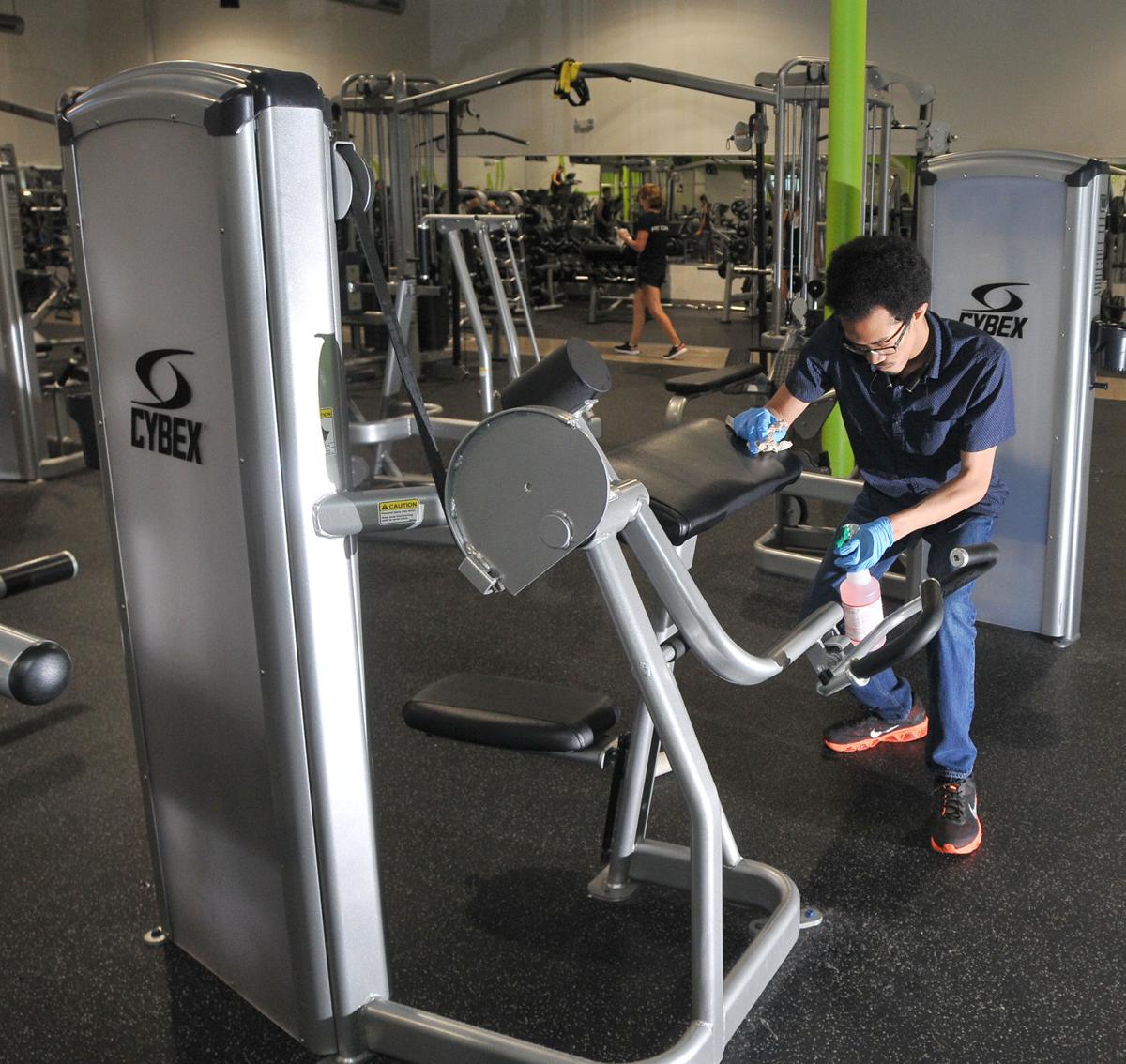 The Fit Factory, which has locations in North Attleboro and Foxboro, plans to reopen Monday. Above, Kyle Barbosa of Mansfield cleans some of the exercise machines at the Foxboro gym. 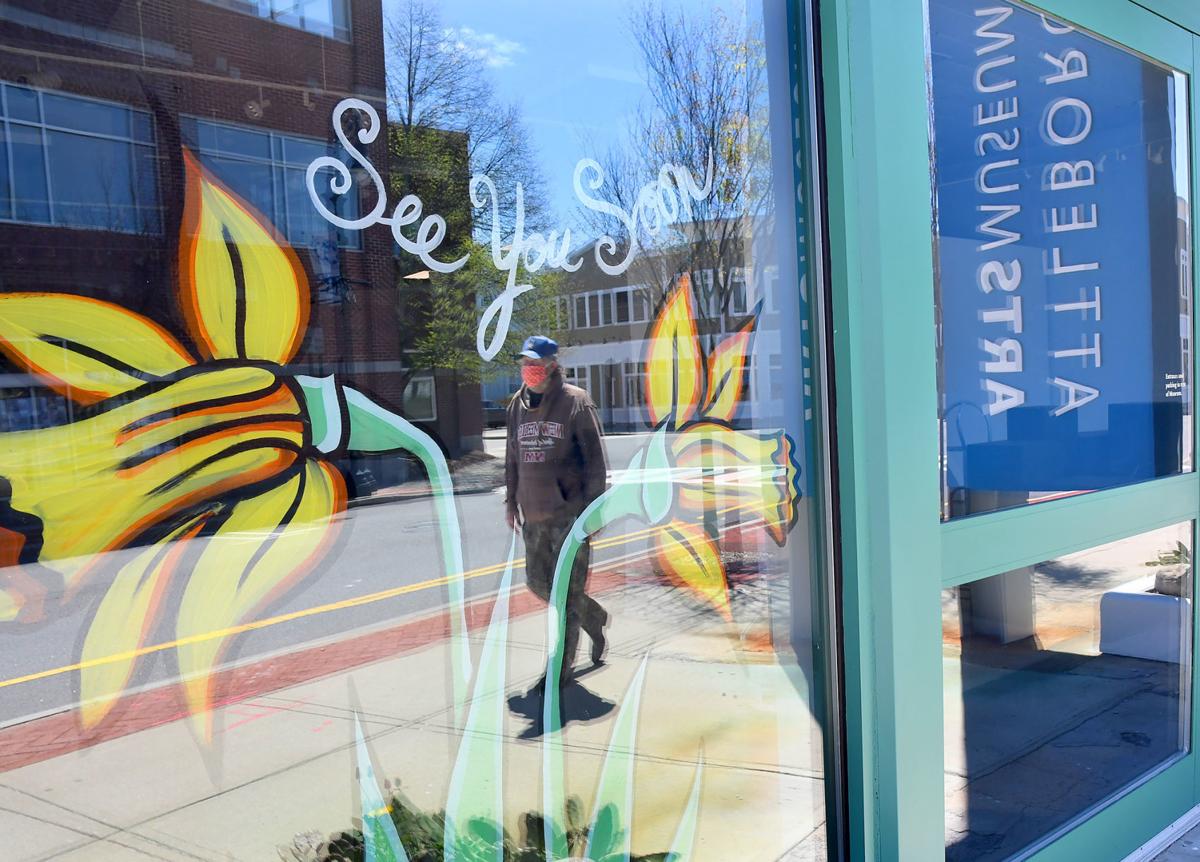 The Attleboro Arts Museum says “See You Soon” in a window message to passersby in this May photo. The museum is now planning to reopen on Tuesday. 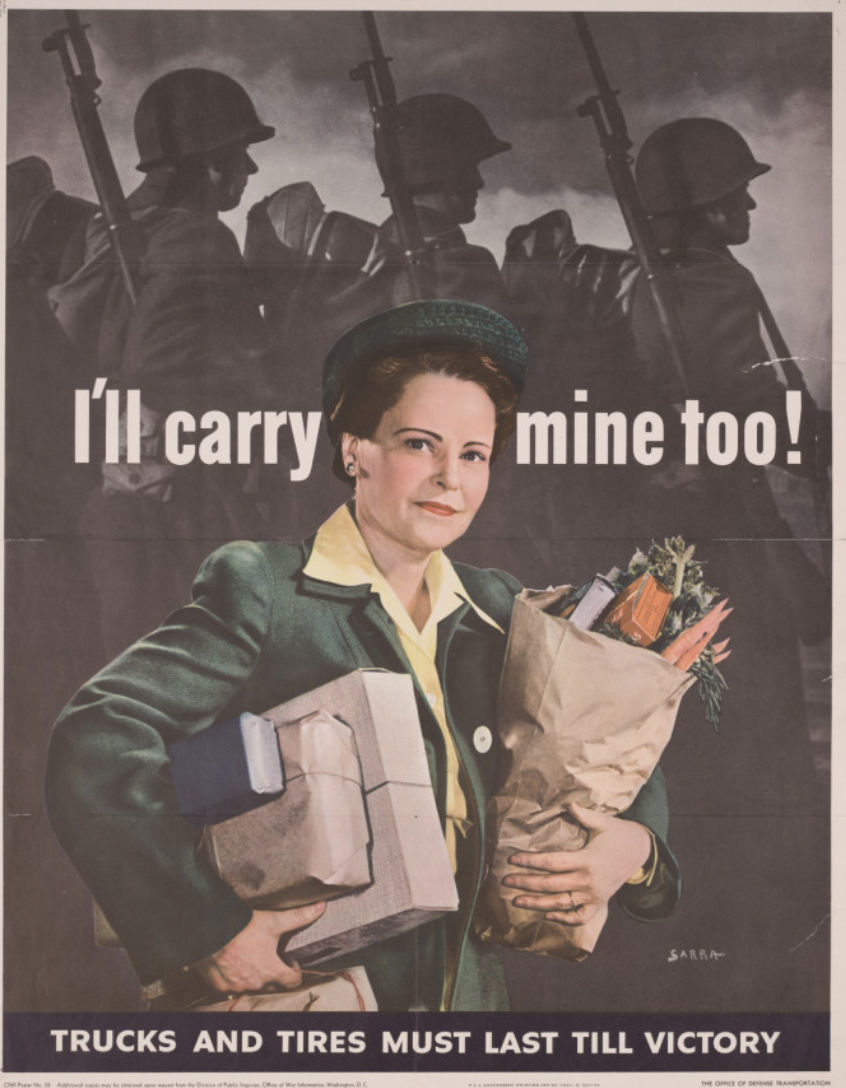 One of the many WWII posters in the Attleboro Arts Museum’s “Signs of the Times” exhibit.

The Fit Factory, which has locations in North Attleboro and Foxboro, plans to reopen Monday. Above, Kyle Barbosa of Mansfield cleans some of the exercise machines at the Foxboro gym.

The Attleboro Arts Museum says “See You Soon” in a window message to passersby in this May photo. The museum is now planning to reopen on Tuesday.

One of the many WWII posters in the Attleboro Arts Museum’s “Signs of the Times” exhibit.

Feel like taking a chance? Or taking in an art show? Or taking up a set of weights?

Well, good news. Gov. Charlie Baker announced Thursday that casinos, museums, movie theaters and fitness centers, among other venues, can open Monday under Phase 3 of his lifting of the shutdown orders imposed in March to curb the spread of the coronavirus.

As it happens, the area has all those things and some — if not all — are planning to take advantage of the latest reopening chapter.

The Attleboro Arts Museum, for one, will reopen at 10 a.m. Tuesday with a new exhibition, Director Mim Fawcett said Thursday afternoon. “Signs of the Times” features nearly 30 posters from the World War II era that hung in the windows of the former London’s Department Store and are part of the museum’s permanent collection. These holdings were donated to the museum by David and Toby London.

Museum staff have been in this week, properly masked, she said, preparing for the new show, the first since the arts venue closed in March.

“I feel like I’m coming back from a trip to the Moon,” Fawcett said. “I had to turn several pages on my calendar.”

In order to open, the facilities will have to meet specific safety protocols, including limiting capacity or instituting timed entries to control how many people are allowed in at a given time, Baker said Thursday. Tour buses and duck boats will be limited to 50 percent capacity.

In Boston, the Phase 3 reopening will begin a full week later, on July 13.

Professional sports will also be able to resume playing games under Phase 3, but with no spectators in the stands. Bars and nightclubs will remain closed for now.

Lance George, vice president and general manager of the Plainville casino, said in a statement, “We have been working closely with the Massachusetts Gaming Commission, state and local leaders, and public health officials to finalize comprehensive reopening protocols and new health and safety precautions.

“We look forward to sharing details of our property-specific procedures in advance of reopening and welcoming back team members and our customers.”

While movie theaters are among the venues whose opening is most eagerly anticipated, National Amusements in Norwood, owners of Showcase Cinemas, did not respond to an email seeking reopening information.

Showcase has multiplexes on Route 1 in North Attleboro and at Patriot Place in Foxboro. The Foxboro site has been offering film-hungry moviegoers an alternative with a pop-up drive-in theater that has seen sold-out shows in recent weeks.

Both the Attleboro YMCA and Hockomock Y in North Attleboro were in the midst of finalizing reopening plans Thursday afternoon.

Jim Downs, chief operating officer at Hockomock, said the Y plans to open Wednesday but will be scrambling over the holiday weekend to meet the state guidelines.

For one thing, the Y, which also has facilities in Foxboro and Franklin, had anticipated separating its workout equipment, but now the state has mandated a distance of 14 feet.

“We are going to have to rearrange all out fitness centers this weekend,” he said.

There are other issues as well, he noted, including starting to bring back furloughed staff, who need to be given at least three days notice, and the issue of how many members can be bought back at one time.

“We are working with the state alliance (of YMCAs) and trying to get some clarifications,” he said.

Nevertheless, he said, “We are looking forward to having members back in our buildings.” He said about half the members have stuck with the Y during the long shutdown.

The Hockomock will be open starting July 8, 6 a.m. to 8 p.m. Monday through Friday and Saturdays from 7 a.m. to 1 p.m. It will be closed on Sundays in the summer, with the exception of outdoor pools and splash pads.

But there are still questions down the road.

“Schools haven’t decided what their approach is going to be and that’s going to impact our after-school programs,” Downs said.

At least one private fitness company says it will be ready to go on Monday.

At Fit Factory in Foxboro and North Attleboro, workers have already prepared to open, according to Sherilynn Brown, marketing manager for the company.

Plexiglass dividers have been installed at the entrances and front desk areas and one-way traffic decals and social distancing markers have been placed on the floors, Brown said.

Fit Factory clubs in Texas opened in May, she said, so the reopening and safety requirements are not new.

“We have experience with making our members safe already,” Brown said.

For the first week, 100 members will be allowed in the club at a time and later the capacity will be increased to 150 to 200.

“Our goal is to make it as safe for our members as possible,” Brown said.

All staff will undergo temperature checks and will be wearing masks. Members will be encouraged to wear masks whenever possible but it is not required, according to Brown.

Equipment has been spaced out to ensure social distancing guidelines.

Exercise class, which used to be limited to between 20 and 40 people, will be cut down to six to 10, depending on the size of the room, Brown said.

Staff will be cleaning high-touch areas, including door handles and water fountains, every 30 minutes and the gyms will be closed between 1 to 2 p.m. Monday through Friday for a deep clean of the club, she said.

Also during Phase 3, nursing homes and assisted living facilities can ease some restrictions on visitors provided that there are no new positive cases among staff or residents in a 14-day period.

Still ‘in the woods’

Baker said Phase 3 will take much longer than prior phases as the state continues to monitor efforts to curb the spread of the coronavirus and look for any spikes in cases.

“We’ve made progress but we are far from being out of the woods,” Baker said during a Statehouse press conference. “The last thing we want to do is to move backward as some states have been forced to do.”

Despite its success in curbing the cornoavirus spread, Baker’s administration has faced a drumbeat of criticism from business groups, whose members have borne the brunt of revenue losses during the shutdown.

Christopher Carlozzi, state director of the National Federation of Independent Business in Massachusetts, said that, “Unfortunately, the prolonged Massachusetts shutdown has led to many shops and restaurants closing their doors permanently.”

Baker has also faced legal challenges. According to the New Civil Liberties Alliance, a group that says it stands against the dangers of the “administrative state,” there are at least seven cases currently pending in state and federal courts challenging Baker’s pandemic response.

staff writer David Linton contributed to this report, and material from the Associated Press was also used.