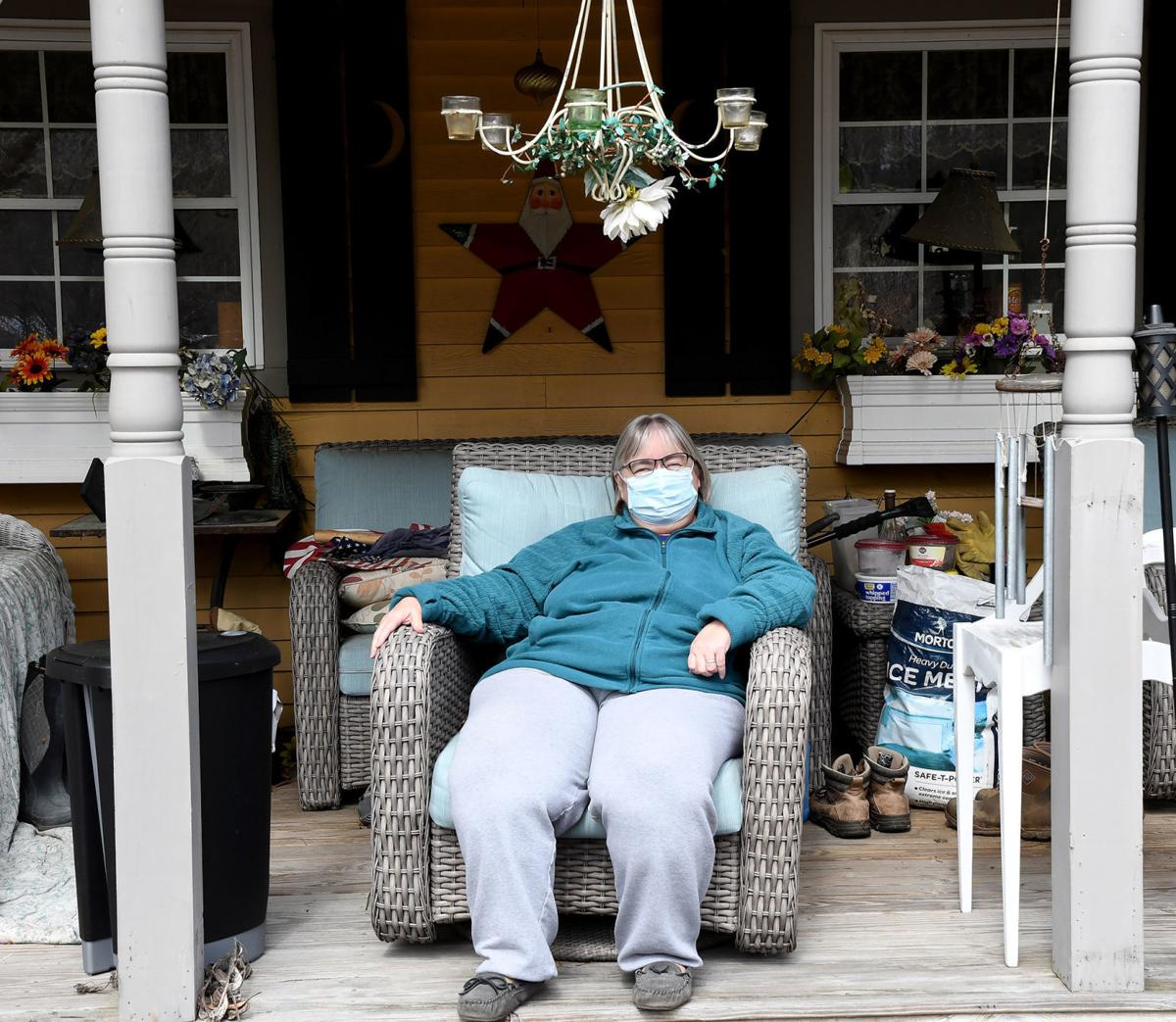 Sandy Anderson of Rehoboth suffers from underlying health issues and does not venture out of her home too much due to the spread of the coronavirus. When she does leave her home, she always wears a mask to avoid contracting others’ germs. Her adult daughter also suffers from a chronic illness. 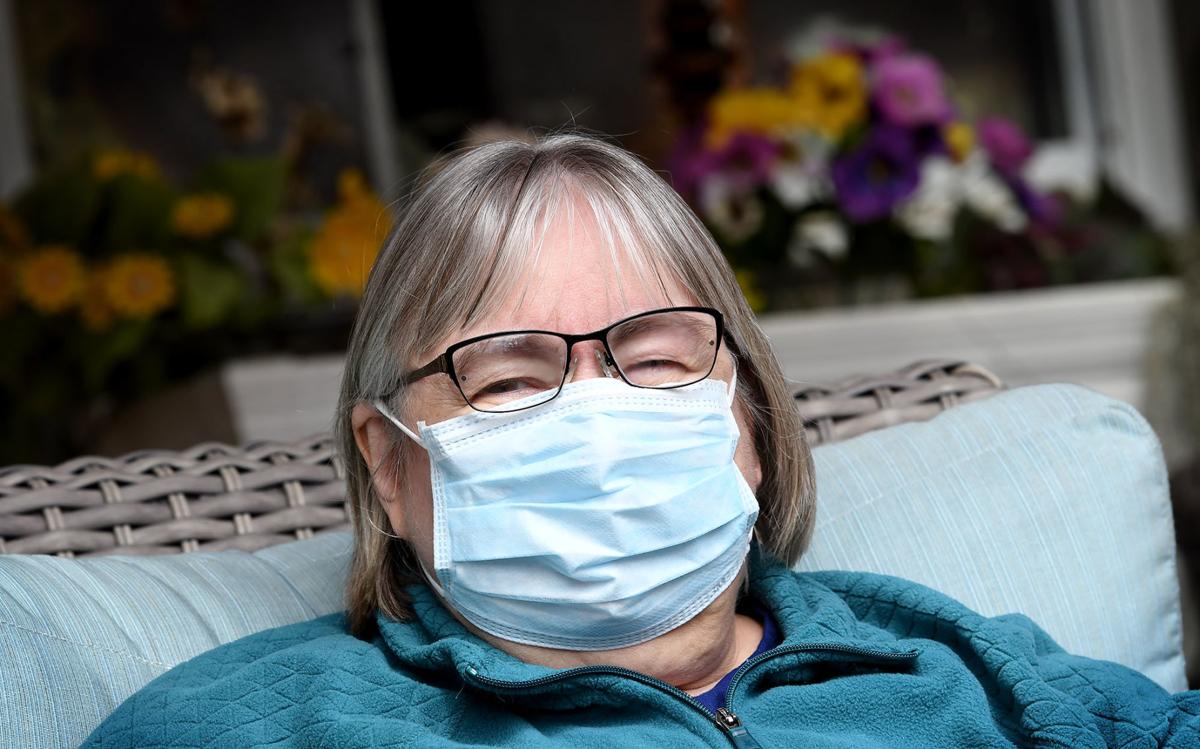 Sandy Anderson of Rehoboth suffers from underlying health issues and does not venture out of her home too much recently due to the spread of the Covid-19 virus. When she does leave her home she always wears a mask to avoid contracting other’s germs. Her adult daughter also suffers from chronic illness.

Sandy Anderson of Rehoboth suffers from underlying health issues and does not venture out of her home too much due to the spread of the coronavirus. When she does leave her home, she always wears a mask to avoid contracting others’ germs. Her adult daughter also suffers from a chronic illness.

Sandy Anderson of Rehoboth suffers from underlying health issues and does not venture out of her home too much recently due to the spread of the Covid-19 virus. When she does leave her home she always wears a mask to avoid contracting other’s germs. Her adult daughter also suffers from chronic illness.

There once was a little bed-and-breakfast known as Moonlite Inn tucked neatly into a quiet, peaceful, wooded parcel on Tremont Street, just steps from the Taunton line.

It was popular and hosted not only overnight travelers from around the U.S. and abroad, but weddings, baby showers and other celebrations on its beautifully landscaped property, featuring a decorative, oversized gazebo in which some of the events were held.

Sadly, the inn went out of business about two years ago, but the ornately carved wooden sign with gold lettering still stands as testimony to what was and a reminder of the happy times that happened there.

Sandy and Ray Anderson and their daughter, Jen Bardsley, ran it.

“It was so much fun,” she said “You meet such interesting people. We had guests from all over the world.”

The inn had room for as many as five guests at a time, but one group of Jimmy Buffet fans who came to the area every year for his annual concert at the Xfinity Center in Mansfield would come with eight or 10 and sleep every which way.

It was fun-loving group, as most Jimmy Buffet fans are.

Customers remember the Moonlite fondly on its Facebook page.

“Beautiful inn, in a peaceful country setting,” one person said. “Going through the door is like stepping back in time.”

Another lauded the warmth of the owners.

“We loved the inn! Sandy and Jen made you feel at home as soon as you walked through the door!” she said.

Then illness interceded and took its toll.

The inn had to shut down.

“That’s one of our everyday regrets,” Sandy said. “We had to close the business.”

Closing was painful because it was a dream job. She and her daughter could work at home at something they loved.

Sandy, 66, has heart and lung issues.

And Jen, 31, has a painful disabling disease called Ehlers-Danlos Syndrome that affects her joints. She’s suffered symptoms for years but it’s affecting her more these days.

Not only do the illnesses prevent mother and daughter from physically being able to do the work they need to do to run the inn, but it makes them more susceptible to other diseases.

Now the thought of people coming into their home from all over the world, something which once filled their life with joy, fills it with dread.

“It’s a cruel irony,” Sandy said in an interview with The Sun Chronicle Tuesday.

And it goes without saying that the situation has worsened greatly with coronavirus running rampant, she said.

If Ray goes to a store he could bring it back. Life for the family is at times a fearful one.

Even in the best of times they didn’t go out much except for numerous doctor appointments, Sandy said.

“We’ve basically been in isolation for years,” she said.

Meanwhile, coronavirus has thrust others, those without underlying conditions, those who are typically not restricted in what they do, into the lives they’ve been living for years.

And even though the family limits contact with outsiders, what’s going on in the world outside their four walls still affects them and others who are in similar predicaments — more than people know.

“The lives people are living now are the lives we’ve been living for years,” Sandy said, referencing the fact that people are staying home, stocking up on supplies and buying heavily online.

With the reluctance to go to stores under normal circumstances, the family gets most of what it needs delivered. But now, with thousands of others resorting to the same online suppliers, even that’s tough.

“We rely heavily on online shopping for food supplies, pet supplies. Anything we can get online, we get,” Sandy said. “But now with coronavirus all of our supply chains have dried up.”

Jen sometimes has as many as three appointments a week with various specialists to keep an eye on her disease.

But those have been canceled and Sandy worries about the long-term impact that will have.

Times have been hard for the Anderson family, but Sandy’s goal is not to seek sympathy, but to make people aware of those who are not seen.

They are not seen because they can’t go out, but they are there and there are many.

Support groups for her daughter’s illness are hard to find, but there are Facebook groups, she said.

But Facebook is not face-to-face and members are all looking for help, help which, in general, is scarce, leaving the invisible community to work hard every day just to survive.

“We try to be very self-sufficient because we’ve had very little access to help,” Sandy said.

“We just try to figure out on a day-to-day basis how to make things work,” she said. “We try to put one foot in front of the other every day and deal with one challenge at a time.”