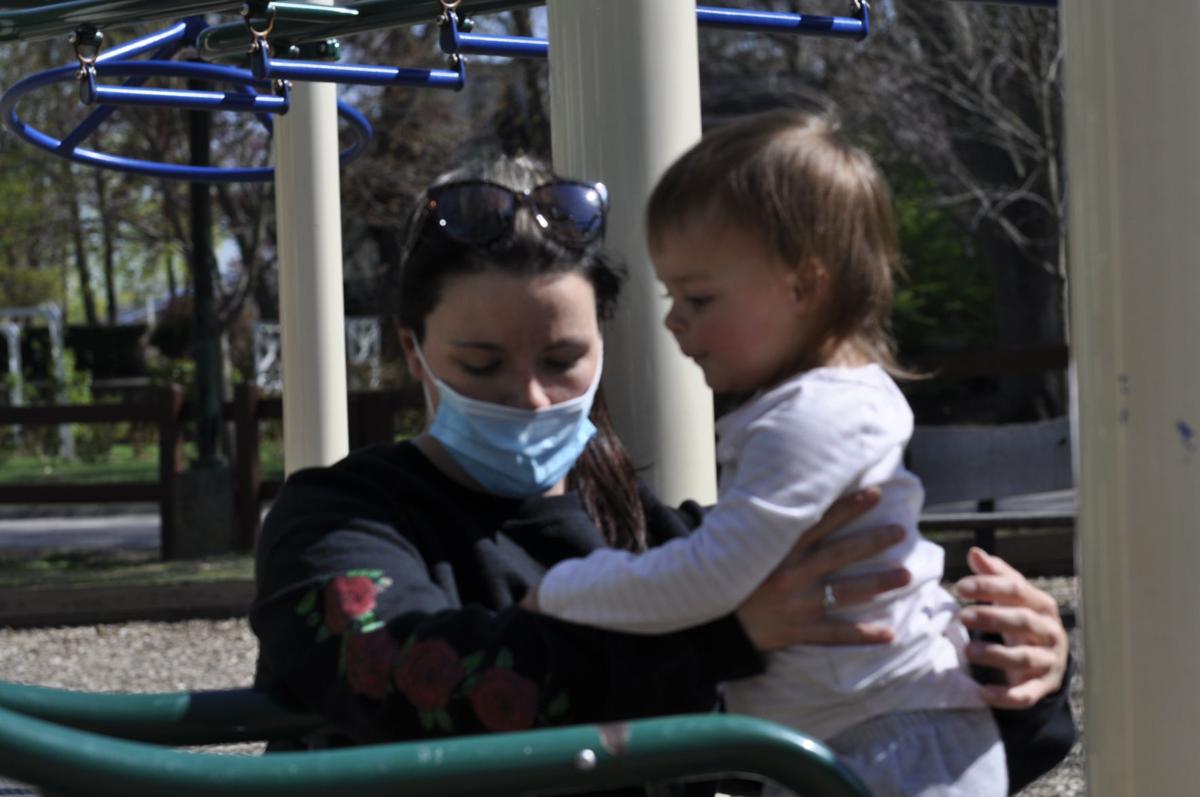 Rylee Bleau, 2, and her mom Jesse Borges spend a sunny spring afternoon Tuesday at Capron Park in Attleboro. They are from Rehoboth. 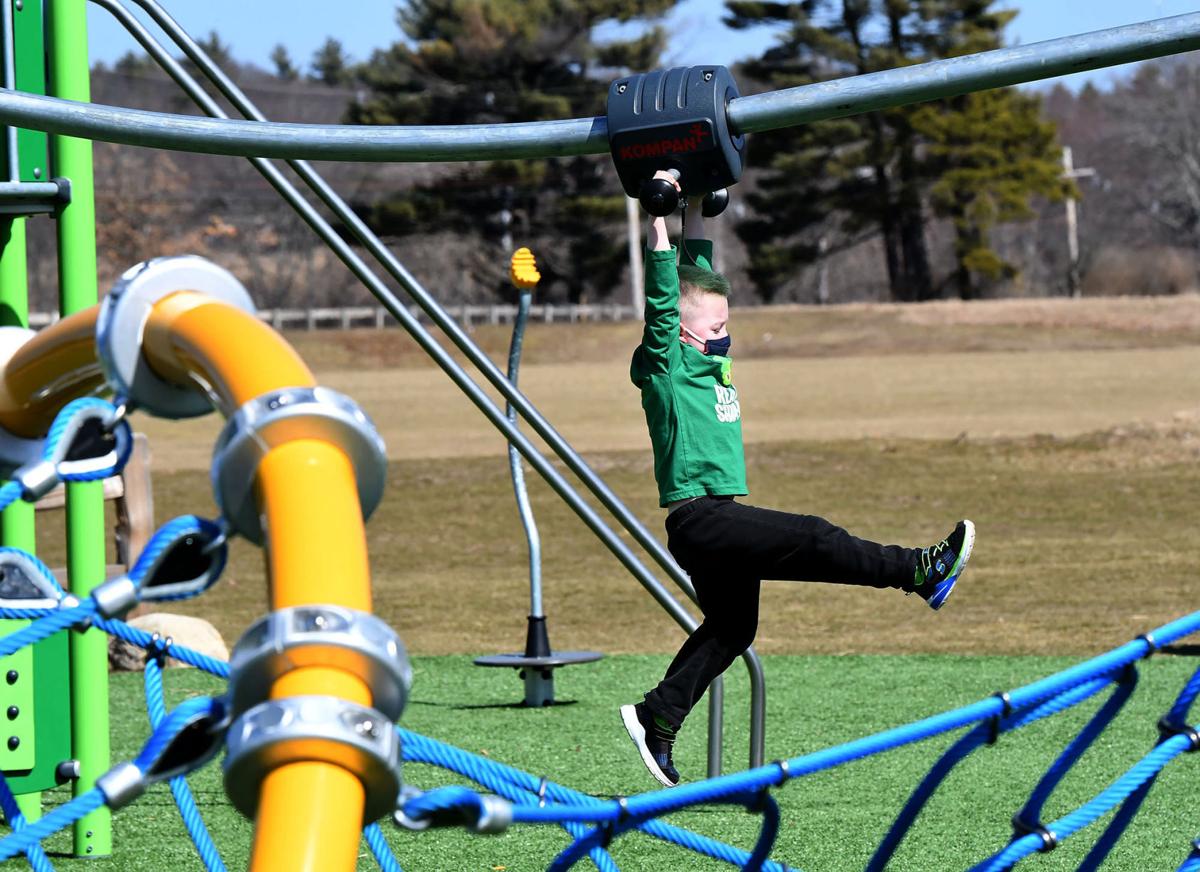 Caleb McKeon, 4, of Wrentham, dangles on a zip line apparatus recently at the Rice Recreational Complex playground in Wrentham.

Rylee Bleau, 2, and her mom Jesse Borges spend a sunny spring afternoon Tuesday at Capron Park in Attleboro. They are from Rehoboth.

Caleb McKeon, 4, of Wrentham, dangles on a zip line apparatus recently at the Rice Recreational Complex playground in Wrentham.

The state is easing up on its face mask rules for people spending time outdoors, and so are the feds.

But parents spending time with their children on area playgrounds Tuesday were not so sure how to respond.

On a sun-splashed spring afternoon, some said the lifting of the mask mandate was a relief, but others said they are not ready yet.

“When masks became a thing, I became more comfortable going to the store or going to the park with my daughter,” Jessica Marques, 29, of Attleboro said.

As she pushed her toddler on the swings at World War I Memorial Park in North Attleboro, she said the state might be lifting the limits too soon.

“I don’t think we are ready for it,” she said. “My family grew up in America and Europe, and Europe is going backwards right now because they took away the masks too soon.”

Jesse Borges, 29, of Rehoboth was introducing her daughter Rylee, 2, to the jungle gym at Attleboro’s Capron Park. She said she would probably keep wearing a mask for now, but when outside, “I like that it’s going to be the people’s choice.”

The Baker administration announced Tuesday that it is relaxing its outdoor mask mandate as the numbers of hospitalizations and cases of COVID-19 continue to decline in the state. The $300 fine that had been put in place as an enforcement mechanism will also be eliminated.

Beginning Friday, face masks will only be required outside in public when it’s not possible to socially distance — or when required for other reasons.

Face coverings will still be required at all times in indoor public places, including stores.

Face coverings will also continue to be required at all times at events, whether held indoors or outdoors and whether held in a public space or private home, except when eating or drinking. The $300 fine that had been put in place as an enforcement mechanism will also be eliminated.

At the federal level, the Centers for Disease Control and Prevention also eased its guidelines Tuesday on the wearing of masks outdoors, but said only fully vaccinated Americans don’t need to cover their faces anymore unless they are in a big crowd of strangers.

And those who are not vaccinated can go outside without masks in some situations, too.

The new guidance represents another carefully calibrated step on the road back to normal from the coronavirus pandemic, which has killed over 570,000 Americans.

In Massachusetts, face coverings are recommended but not required at smaller gatherings in private homes.

Christine Marella, 35, of Sharon, was enjoying Capron Park with her sons — ages 8, 6 and 3 — but was wary about dropping the masks. She and her husband have yet to be vaccinated.

“I think that to be on the cautious side, I’d prefer to wear a mask indoors,” she said.

One man at World War I park, who declined to give his name, scoffed at the whole idea of face masks, especially for youngsters, adding he was taking his cue from Fox News television host Tucker Carlson.

But a grandmother who was keeping an eye on an active crew of grandkids at the playground was taking a wait-and-see attitude.

Patrcia Dinan, 68, of North Attleboro, who is fully vaccinated, said she’s “betwixt and between.” She trusts the governor and the state expertise but is frightened by how the virus is surging in place like India. She and her grandsons were masked at the park.

“Massachusetts is doing really well, but look a what can happen in other states,” she said.

Tom Reilly can be reached at 508-236-0332 or treilly@thesunchronicle.com. Follow him on Twitter @Tomreillynews. Material from the Associated Press was used in this story.