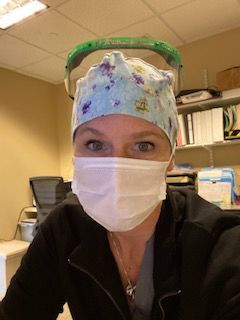 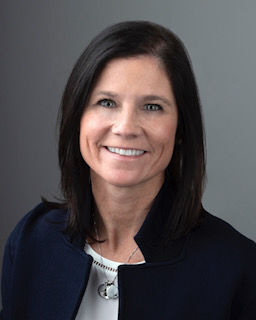 Kym Peterson thinks she knows where that infection came from and says it should serve as a warning to everyone who believes we are past the pandemic’s peak, especially as the state has seen a spike in infections in recent days as it eases some restrictions on reopening.

“We let our guard down,” Peterson, 48, said Monday in a phone interview. “It’s not the time to do that. We still have to be vigilant.”

In a post on her Facebook page, which has gotten more than a thousand shares since last Thursday, Peterson said she believes she was exposed to the virus by her 19-year-old daughter, “who disregarded warnings” and attended a party with friends.

She said that some 48 hours later, her daughter developed symptoms, and 48 hours after that, so did she. Other family members tested negative.

Peterson said both she and her daughter are recovering, but she believes others at the party may have spread the infection. On Facebook, she wrote that at least a half-dozen people at the party — which she said took place in one of the King Philip towns — and 20 others, mostly family members, have tested positive for the virus.

Most of the younger individuals seemed to have recovered quickly, she said in the phone interview, although she and another of the moms are “still under the weather.”

Peterson wrote in her post that those results are anecdotal, and the most recent official numbers reported by the individual towns, which are a week old, don’t appear to show such a spike.

Nor does it appear that the party was the nexus for an outbreak that, social media chatter in recent days claimed, sidelined the King Philip Regional High School field hockey team.

There’s been no official quarantine of members, according to Lisa Cropper, coach of the King Philip squad. She said the older sister of a team member evidently attended a party — it’s not clear if it’s the same one Peterson described — and tested positive.

The team member had worked out — unofficially — with a couple of teammates and they apparently decided to self-quarantine out of an abundance of caution, Cropper said, although she added her information is second and third hand.

“There’s all kinds of baloney going on all over social media,” Cropper said, adding, “Everyone needs to be careful and do what your supposed to do.”

For Peterson, that’s precisely the problem. Some people appear to believe the pandemic is easing or that it won’t affect them.

“I don’t think people are taking it seriously as a threat,” she said. “We’ve loosened up restrictions in the state.”

Massachusetts is now in the third phase of its reopening plan, allowing many businesses to reopen and permitting indoor restaurant dining. And while there were nearly 500 new cases of the virus confirmed in the state over the weekend — mostly from a cluster on Cape Cod and another in Springfield — and the percentage of tests that come back positive for the coronavirus is rising after weeks of steady decline, Gov. Charlie Baker has not called for backing off on reopenings.

“It’s unfortunate that kids will miss the summer of 2020, but it’s not forever,” Peterson said. “Hopefully we’ll be in a better place next year.”

She said the initial surge in cases in the spring taxed her hospital’s resources to the limit and “none of us want to live through that again.”

Nevertheless, she and her colleagues are preparing for — and dreading — a new surge in the fall, during traditional flu season.

“Please continue to practice vigilance and wear masks,” she said. “And maybe not have parties.”