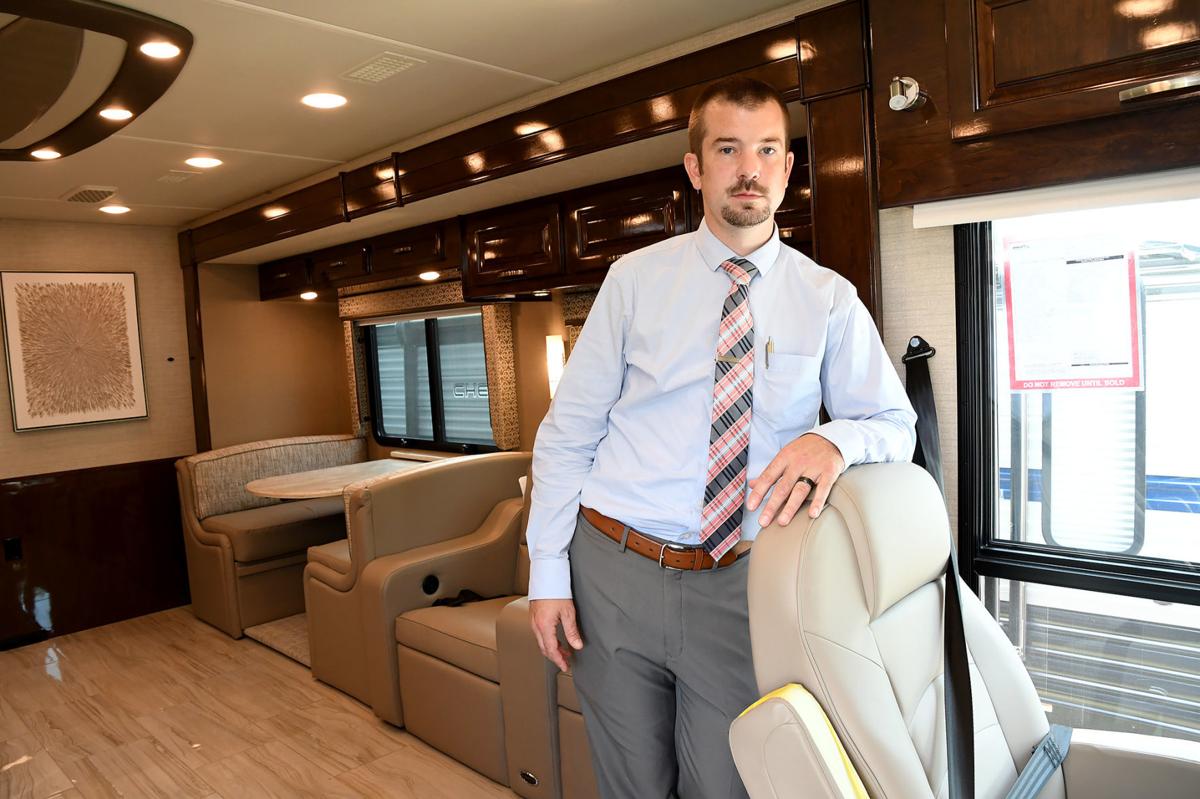 Sales and rentals are way up, according to John “JJ” Hill, general sales manager at Pete’s RV Center on Route 1 in Plainville. 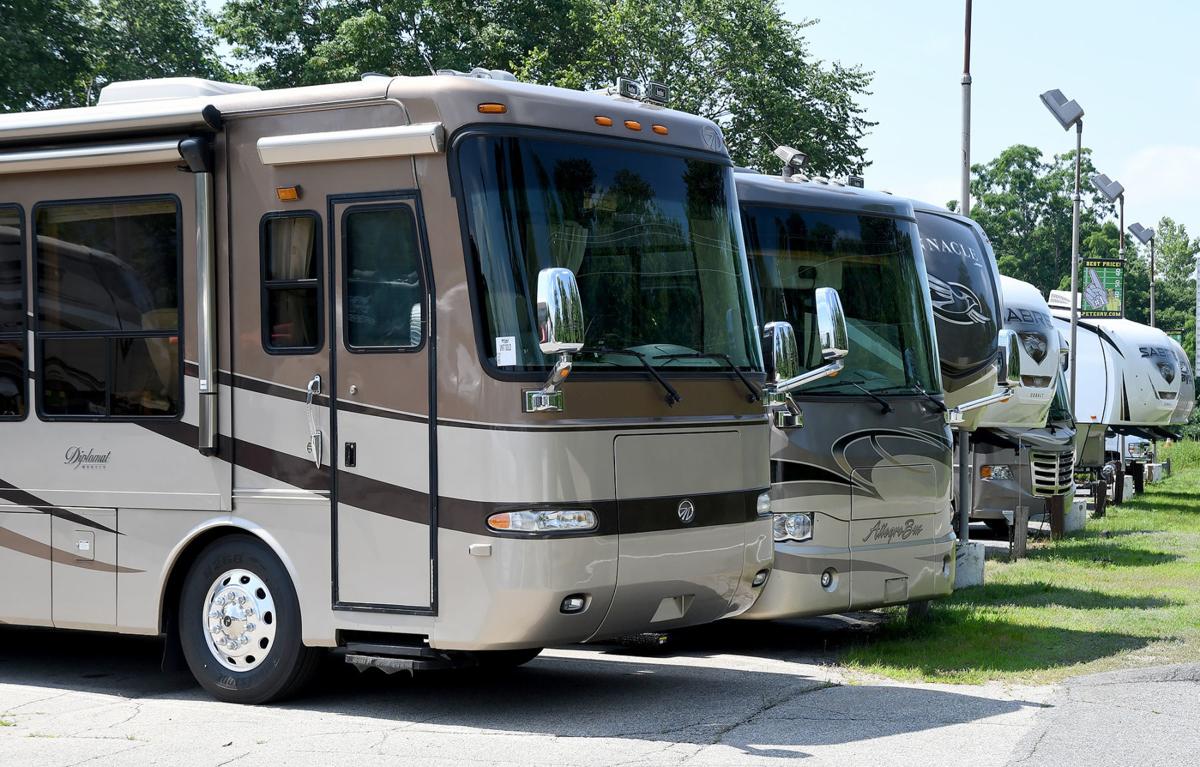 Sales and rentals are way up, according to John “JJ” Hill, general sales manager at Pete’s RV Center on Route 1 in Plainville.

Faced with air travel restrictions and social distancing measures, more people are taking to the road this summer in RVs and visiting campsites, consumer analysts and industry officials say.

One area RV dealership, Pete’s RV Center on Route 1 in Plainville, is reporting brisk sales of all types of RVs and campers.

Buyers are referring to them as “COVID campers,” said Phil LeClair, marketing director for Pete’s RV.

“Everything is selling,” LeClair said, adding that buyers used to ask a series of questions about RVs and are now calling to merely ask if specific models are available and then buying.

Pete’s, which purchased the former MacDonald’s RV Center in Plainville three years ago, is a Vermont-based chain with locations in five states.

May’s sales exceeded those of May 2019 and June’s sales were up 40 percent from last year, LeClair said. Forty percent of the sales since May have been first-time buyers, he said.

The outlook wasn’t always so bright.

LeClair said after the coronavirus outbreak hit in March, the company’s sales evaporated and they had to furlough 90 percent of their employees.

But now people are fearful of air travel and restless from a long winter and a spring restricted by stay-at-home advisories, and they’re turning to RVs and campers as a safe alternative.

“It went from pretty grim to crazy busy with the demand right now,” LeClair said.

Frontline medical workers have also been buying RVs as separate living spaces to avoid spreading the virus to their families, he said.

The interest in RVs is evident in the volume of visits to the company’s YouTube videos. In the last month, there were 1 million views and now the site generates 8 million, LeClair said.

“We’re confident the demand will extend well through to the end of the summer,” he said.

Ed Unger III, the regional director of Campers Inn RV, which has a dealership in Raynham, said they were experiencing record growth over the past three years before the coronavirus hit.

Demand has been strong over the last two months as parts of the country opened up, growing 20-30 percent over the same period last year with many first-time buyers, he said.

“We have seen customers choosing RVs over the more traditional vacation, flying some place and staying at a hotel or resort,” Unger said.

The company has 29 locations from New England to Florida and a dealership in North Dakota.

“I think people see an RV vacation as something they can control as far as the environment (and) avoiding large groups of people,” Unger said.

Low fuel costs have also powered double- and triple-digit growth in RV sales and camping equipment as national parks and other parts of the country reopen, according to the NPD Group, a market research firm.

NPD retail sales data indicates camping equipment sales reached a turning point in April and ramped up in the last two weeks of the month.

“Families are looking for a safe escape to save their summer vacation. As a result, there’s an uptick in consumers gearing up for outdoor activities and road trips, whether local or more long distance,” Matt Powell, NPD’s sports industry adviser, said in a statement.

According to the 2020 Thor North American Consumer Survey Report, 79 percent of consumers plan to use their RV as much or more than they had in 2019. Over half who intend to vacation in an RV plan to utilize it for weekend trips and 53 percent are planning at least one week-long trip.

Over the years, improvements have been made in the construction of RVs and campers, including light-weight materials, so that even a car such as a Subaru can tow certain types of campers, LeClair said.

Even if a campground is closed or has no vacancy, LeClair said consumers can take a road trip and visit a relative in another state for a change of scenery.

According to the Thor survey, the opening of campgrounds is the most important factor in determining whether an RV trip will be taken this year, followed by a reduction in the spread of the virus.

At Normandy Farms Campground in Foxboro, more people are making reservations after a flood of cancellations at the outset of the outbreak, according to Marcia Galvin, the campground’s human resource director.

“We could be full but we’re keeping it at 80 percent capacity,” Galvin said, referring to health guidelines from the U.S. Centers for Disease Control and Prevention.

This season, she said, more families are coming to the campground like they did in the 1970s, when she grew up.