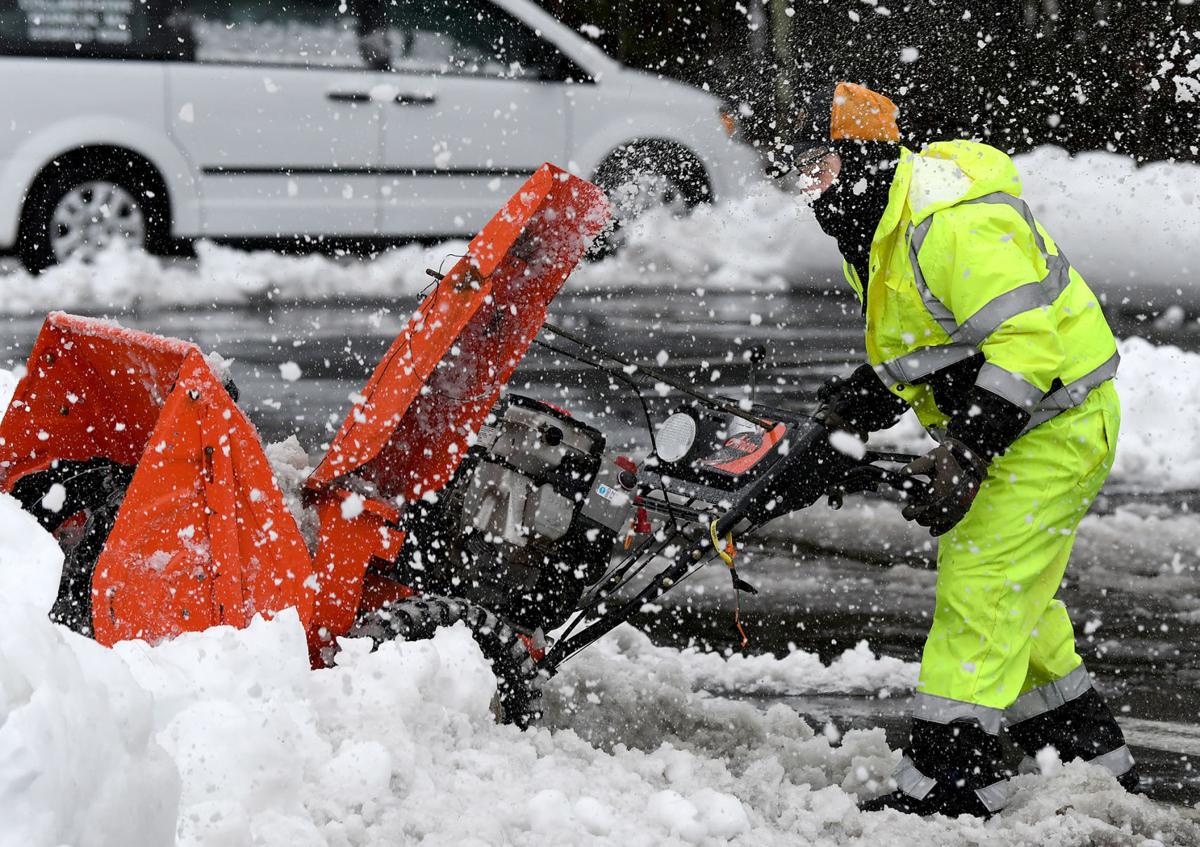 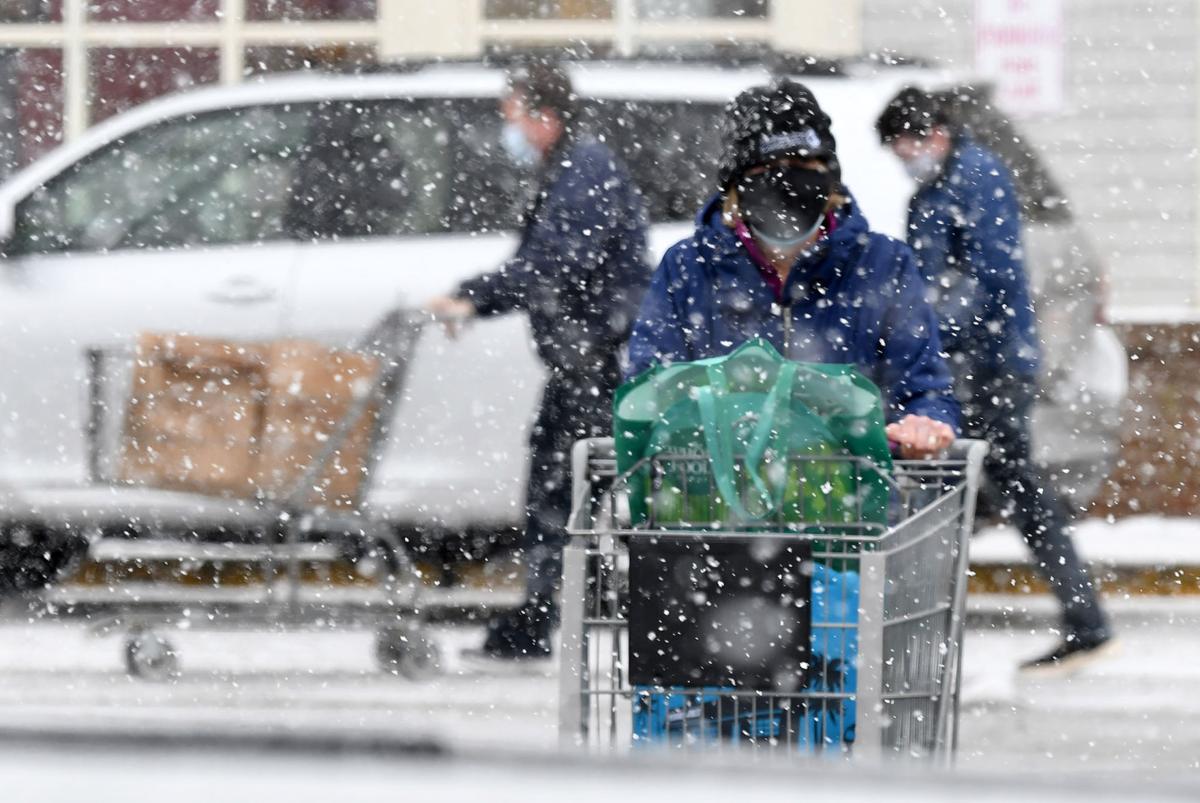 Shoppers make their way back to their cars Monday after stocking up on supplies at the Stop & Shop on Pleasant Street in Attleboro. 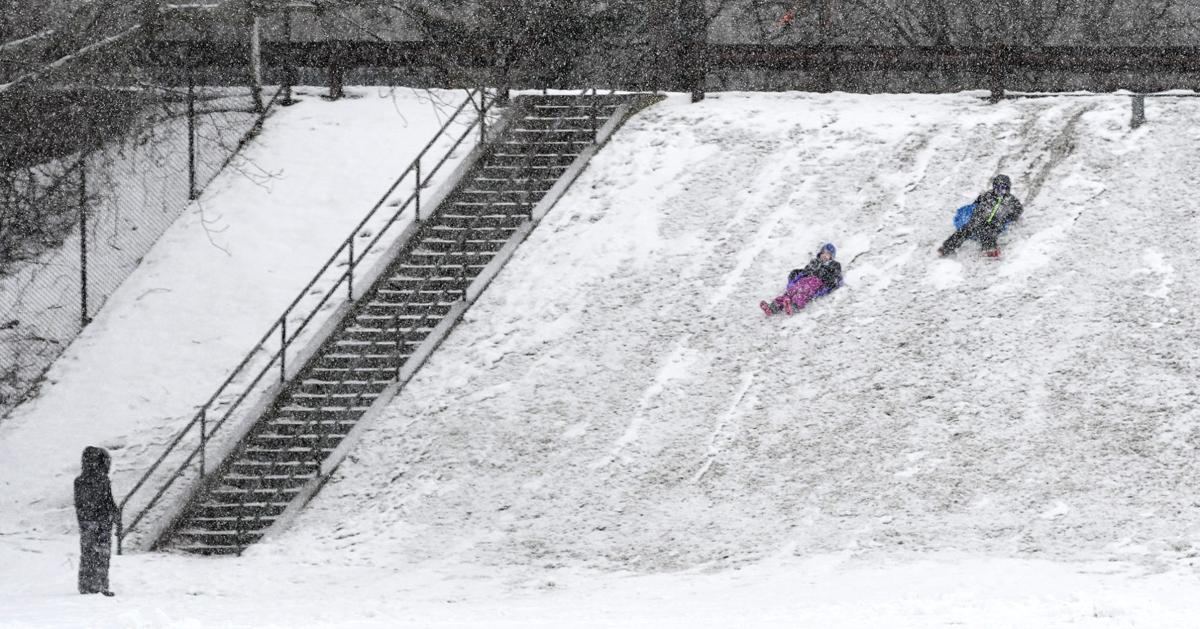 A couple of kids take to the hill at Horton Field in Attleboro as snow begins to fall Monday. 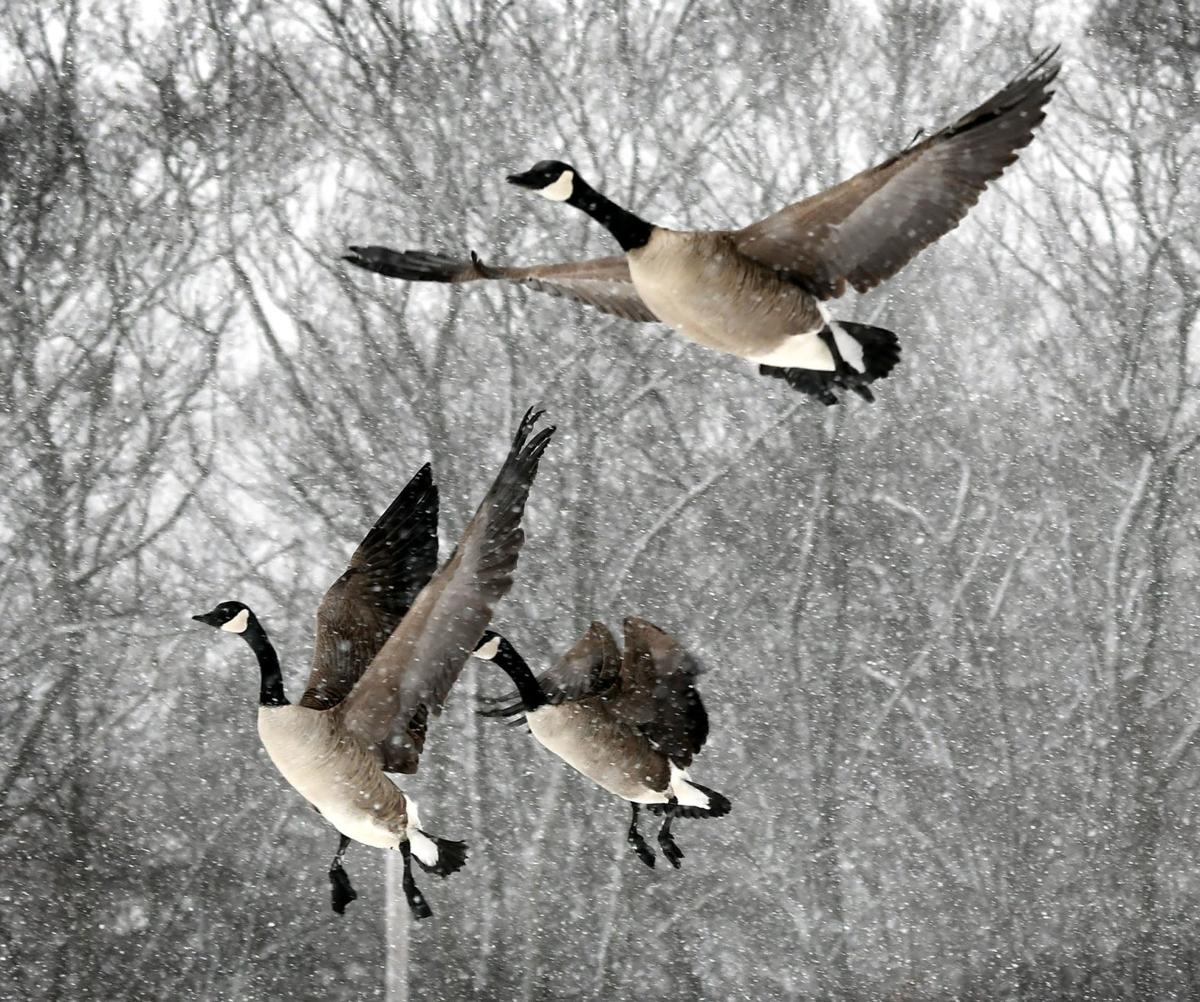 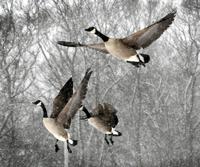 A trio of Canada geese take flight from a field in North Attleboro as snow begins to fall Monday. 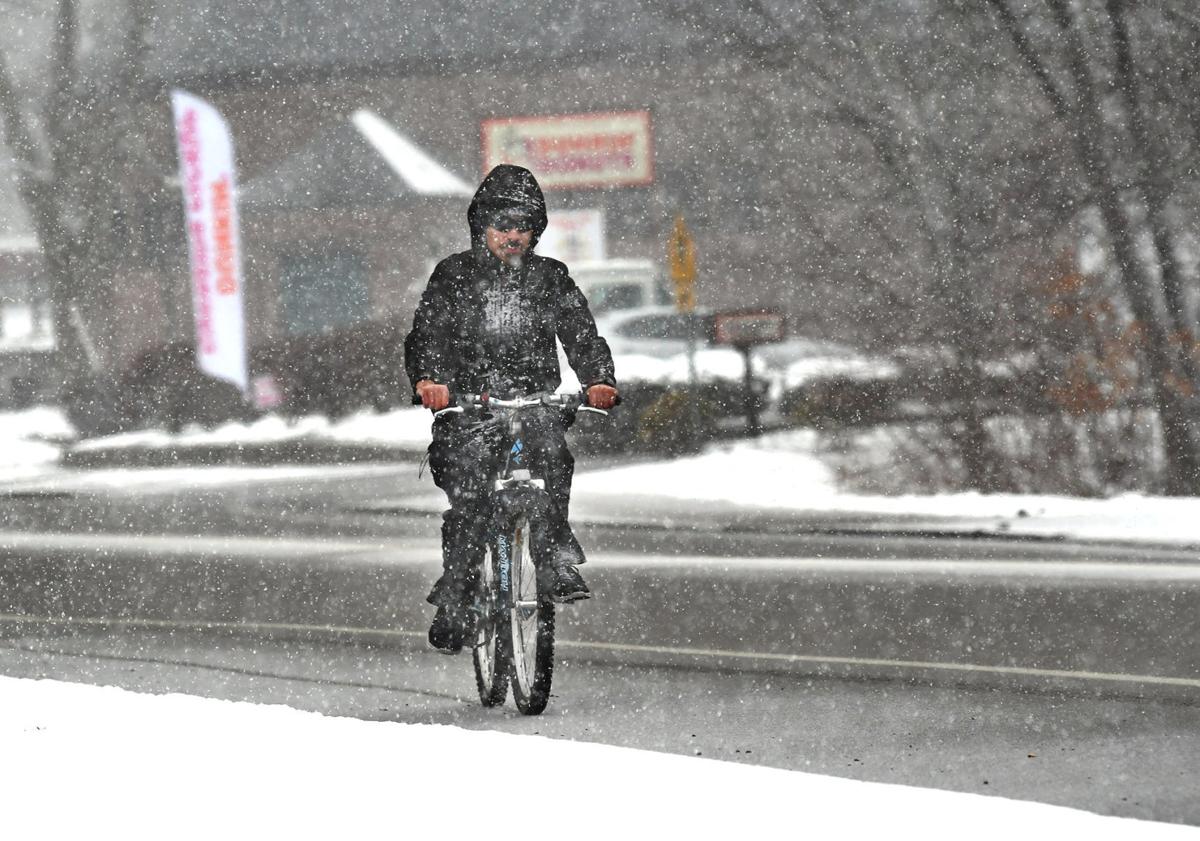 A man on a bicycle makes his way down Commonwealth Avenue in Attleboro Falls as snow begins to fall Monday.

Shoppers make their way back to their cars Monday after stocking up on supplies at the Stop & Shop on Pleasant Street in Attleboro.

A couple of kids take to the hill at Horton Field in Attleboro as snow begins to fall Monday.

A trio of Canada geese take flight from a field in North Attleboro as snow begins to fall Monday.

A man on a bicycle makes his way down Commonwealth Avenue in Attleboro Falls as snow begins to fall Monday.

A nor’easter roared into the region on Monday, closing municipal buildings and disrupting the second phase of the state’s vaccine rollout to battle the coronavirus.

The snow had just started late Monday morning when postponements and municipal building closures were announced due to the ominous forecast.

The vaccine rollout Monday was disrupted by schedule changes and at least one vaccination location shut down.

Mass vaccination sites at Gillette Stadium and Fenway Park stayed open, but with some changes, according to CIC Health, which is operating both sites.

At Gillette, anyone with an appointment scheduled after 3 p.m. was to receive an email to reschedule for later this week.

Waste Management, which collects the trash in many area towns, announced they stopped pickups at noon Monday and that collection would resume Tuesday.

Trash delays were announced in Attleboro, Mansfield and Seekonk.

Area police departments warned that parking bans would be enforced. Police also asked residents to not call 911 in the event of a power failure in order to keep emergency lines open.

Area fire departments asked residents to shovel 3 feet around hydrants near their homes, a step they say would save precious time in the event of a fire.

Up to a foot of snow was forecast in the Attleboro area Monday and into Tuesday, when rain was predicted for the morning before turning to sleet and snow.

Snowfall picked up in the afternoon and rates of 2 inches or more an hour were possible, with thunder snow, meteorologists said.

“We urge the public to take this storm seriously because driving conditions will be difficult, with heavy snow falling at a fast rate and gusty winds expected,” Massachusetts Acting Transportation Secretary and CEO Jamey Tesler said. “During the storm, we are advising the public to stay home and don’t drive if you don’t have to.”

The MBTA announced commuter train service would begin running on a winter schedule Monday and that will continue Tuesday.

Passengers were warned to leave extra time to get to stations, use caution on platforms and when boarding trains, and stay connected for service updates at www.MBTA.com/winter.

The MBTA also advised the public to only travel if essential Monday and Tuesday.

The MBTA’s operator, Keolis, said it had crews deployed across the network to help minimize the storm’s impact on service and ensure passengers who need to travel had commuter rail as an alternative to driving.

The Baker-Polito Administration directed non-emergency state employees to not report to their workplaces Monday and urged residents to stay off roadways and to use public transportation when possible.

MBTA and Keolis personnel were deployed across commuter rail stations to clear snow, apply sand and salt to passenger areas, as well as to respond to incidents that occur during the storm, such as downed trees, officials said.

MBTA and Keolis crews were at key facilities and infrastructure to help ensure normal operations. Switch heaters and snow jets will be activated in critical areas to ensure normal flow of train traffic.

“In case of closures due to winter weather, vaccination locations will reach out to individuals with appointments to reschedule,” the state said in a statement. “If you cannot safely get to your appointment, you can reschedule.”

In Rhode Island, all state-operated COVID-19 testing sites were closed on Monday, the state Department of Health said.