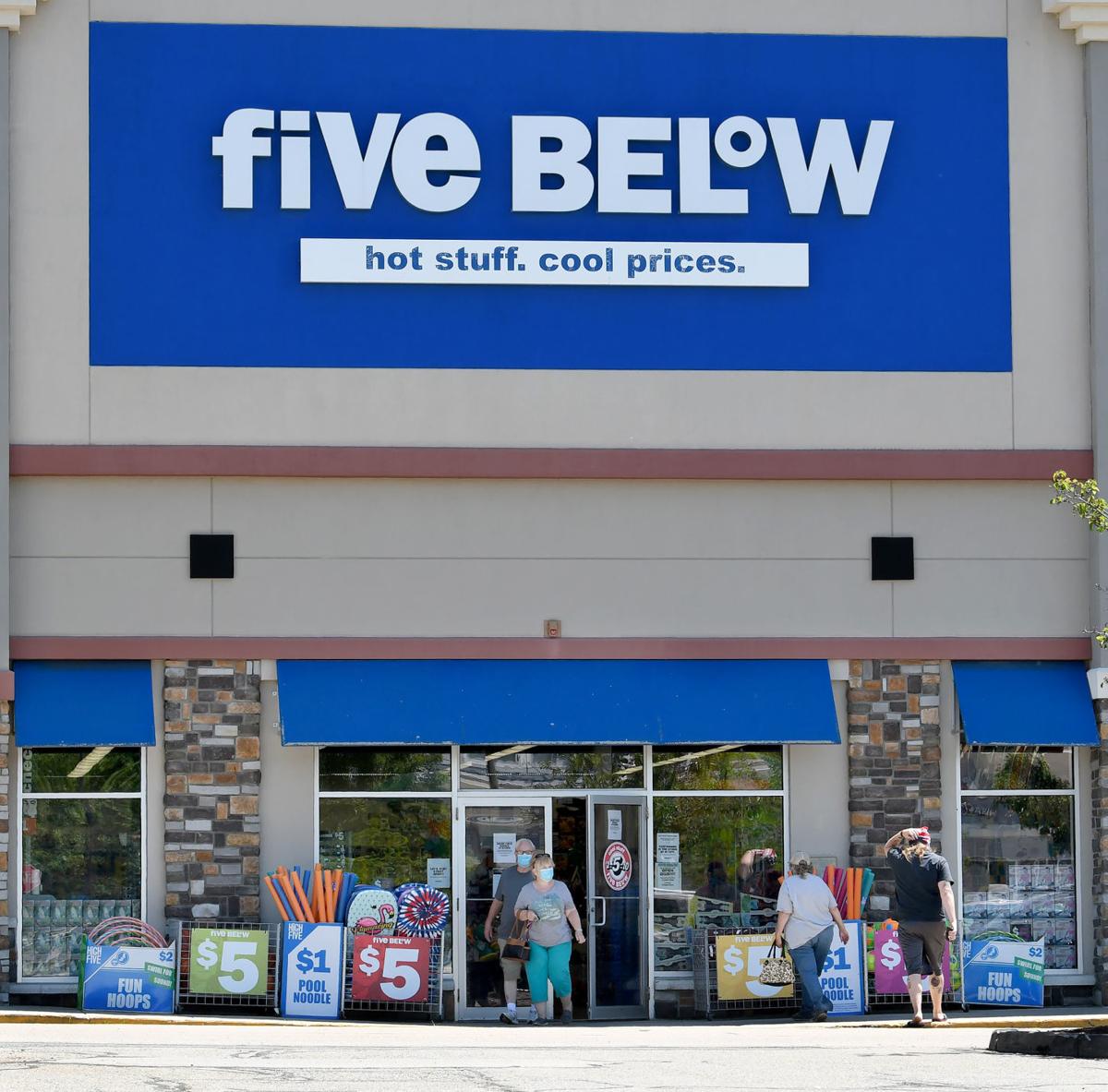 Retail stores in Massachusetts, including those at Mansfield Crossing, were allowed to open, with restrictions, Monday, the start of Phase 2 of re-opening the state. Five Below. 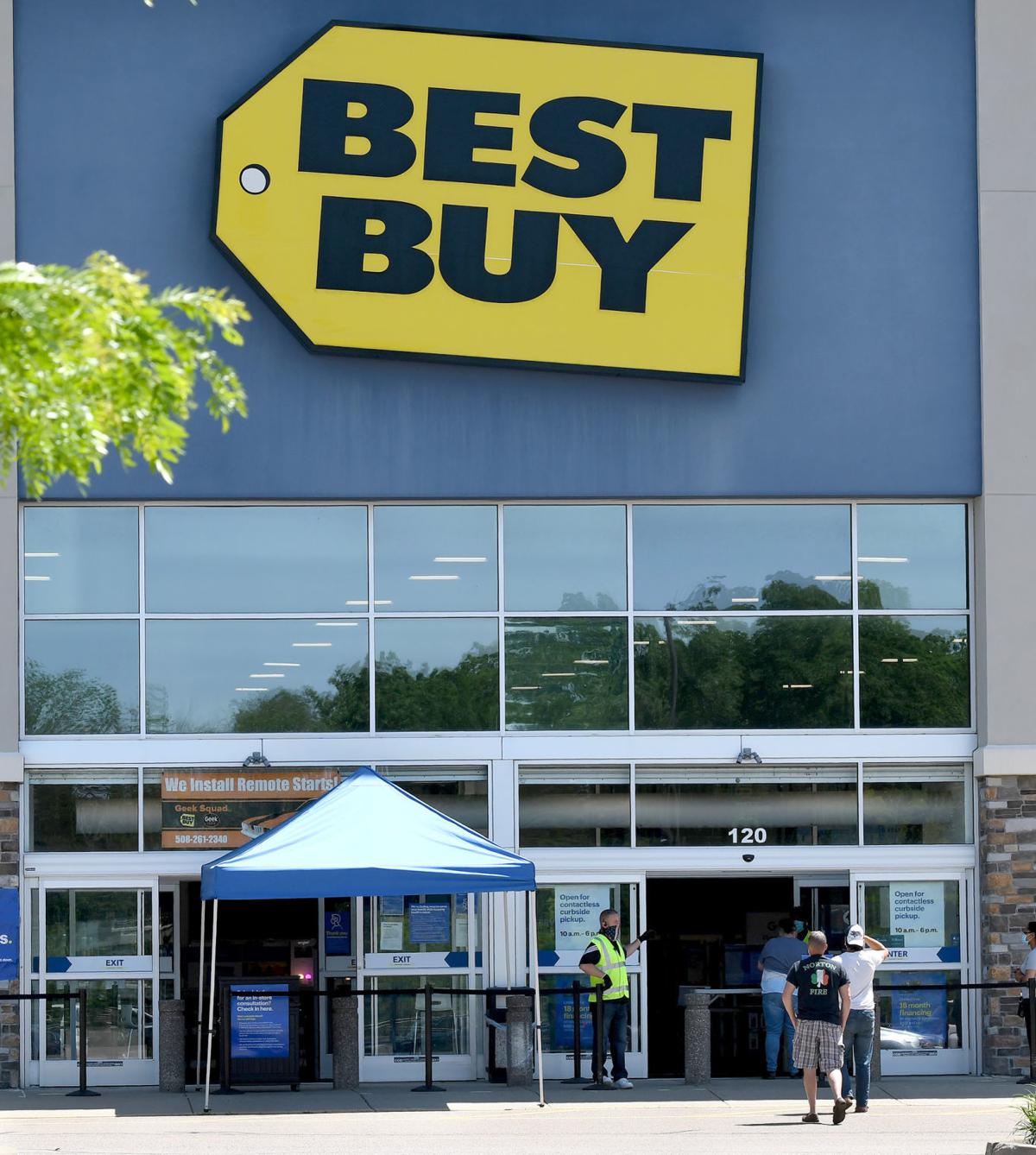 Customers on Monday file in and out of the Best Buy electronics store at Mansfield Crosssing.

Retail stores in Massachusetts, including those at Mansfield Crossing, were allowed to open, with restrictions, Monday, the start of Phase 2 of re-opening the state. Five Below.

Customers on Monday file in and out of the Best Buy electronics store at Mansfield Crosssing.

The area’s retail outlets, large and small, were cracking their doors Monday as Massachusetts allowed limited reopenings under Phase 2 of its plans to restart the state’s economy.

Patriot Place in Foxboro, the retail mecca the Kraft organization created around Gillette Stadium, announced Monday that restaurant and retail venues were resuming limited service, including outdoor dining, under the updated guidelines from the state and public health and safety officials.

However, Simon Property Group, which owns both Emerald Square mall in North Attleboro and Wrentham Village Premium Outlets in Wrentham, did not appear ready to welcome shoppers back to two of the largest retail properties in the area.

The Wrentham complex, the largest outdoor outlet shopping area in New England, remained largely closed Monday, with curbside pickup at select stores and restaurants, according to its website. A person who answered the phone at the North Attleboro mall referred questions to Simon’s corporate headquarters in Indianapolis. Calls to a company spokesperson there were not returned Monday.

“We are beyond excited to start welcoming guests back to our restaurant and retail venues under the updated guidelines from the commonwealth of Massachusetts,” said Brian Earley, vice president and general manager of Patriot Place.

As of Monday, Tavolino was the first restaurant at the site to offer outdoor patio dining. Several additional restaurants currently offering only takeout service will start outdoor dining later this week, an announcement from Patriot Place said.

On the retail side, Bass Pro Shops opened Monday along with Off Broadway Shoe and Olympia Sports. Retailers beginning the reopening process later this month include Christmas Tree Shops and Vineyard Vines.

Some stores that have been open through the state shutdown, such as CVS Pharmacy, Trader Joe’s and Petco, continue to operate. Green Tangerine Spa & Salon and TB12 Sports Therapy Center are open daily for appointments only.

At Mansfield Crossing, anchor department store Kohl’s was open only for curbside pickup of online orders, according to the store’s website. But some other retailers had reopened as of Monday, including Five Below and craft store Michael’s as well as Best Buy. While business appeared brisk, managers at both stores referred questions to their corporate authorities.

Under state rules, there are only eight people allowed per 1,000 square feet, or businesses must maintain 40 percent capacity.

Meanwhile, the town of Foxboro’s economic development commission is touting that community’s rules and applications for outdoor dining on the town’s website.

North Attleboro is providing an updated list of local stores that are serving customers and the level of service — curbside pickup, takeout only — they are providing.

The company that owns two of the largest shopping sites in the area is not saying when they will reopen.