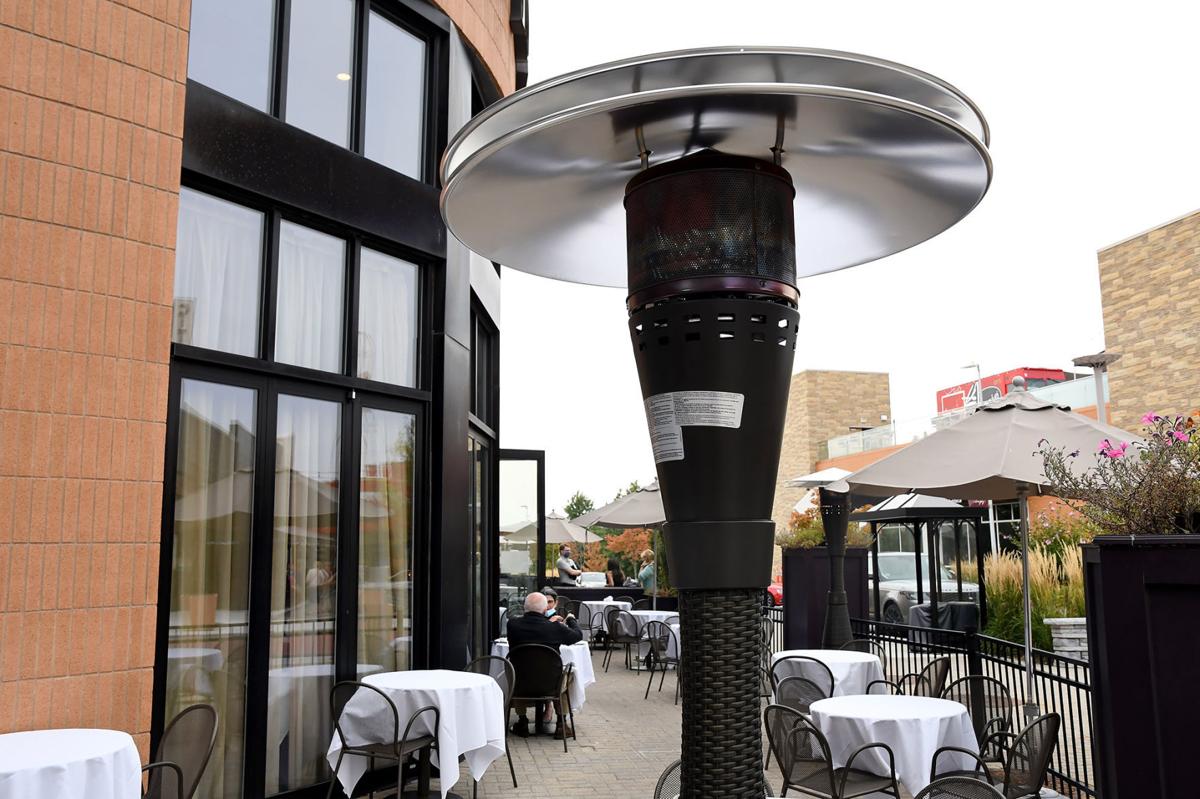 Davio’s at Patriot Place has been among those restaurants which have not had difficulty finding staff as business makes a comeback. 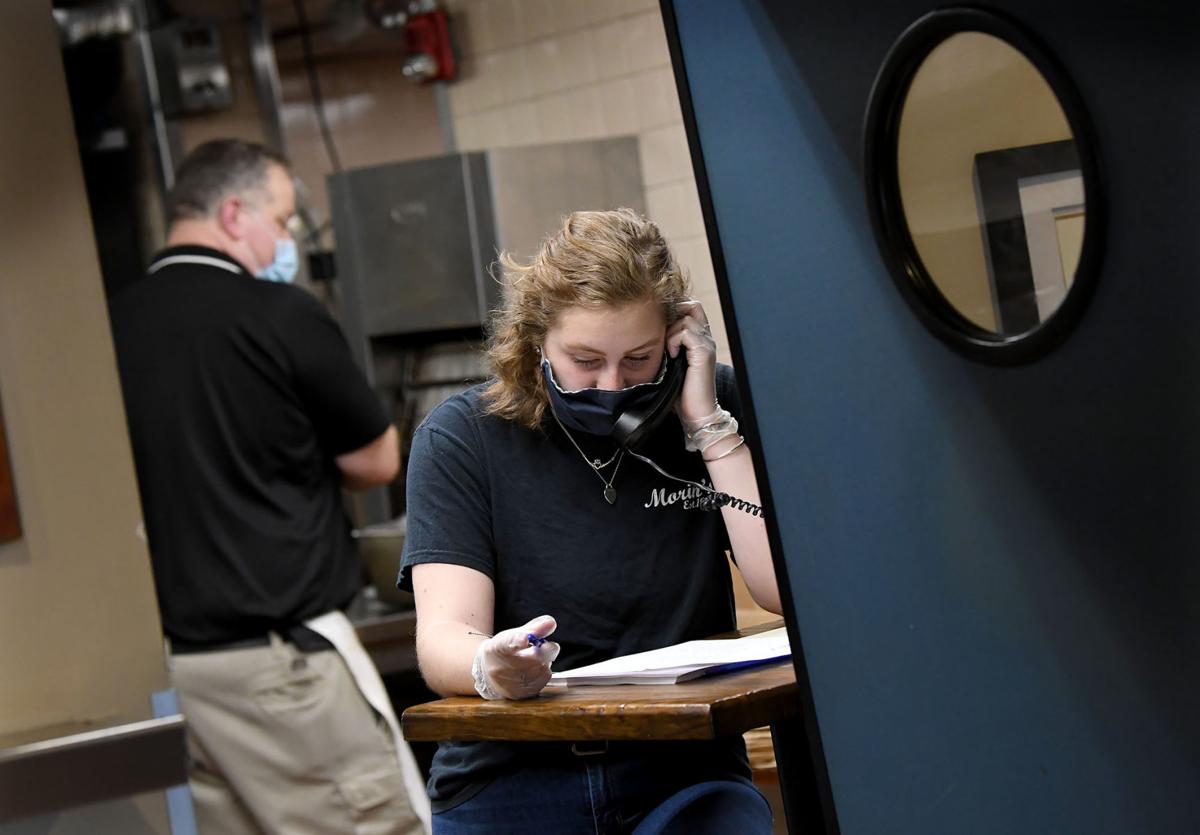 Meghan Croteau takes an order at Morin’s Diner in downtown Attleboro in May. 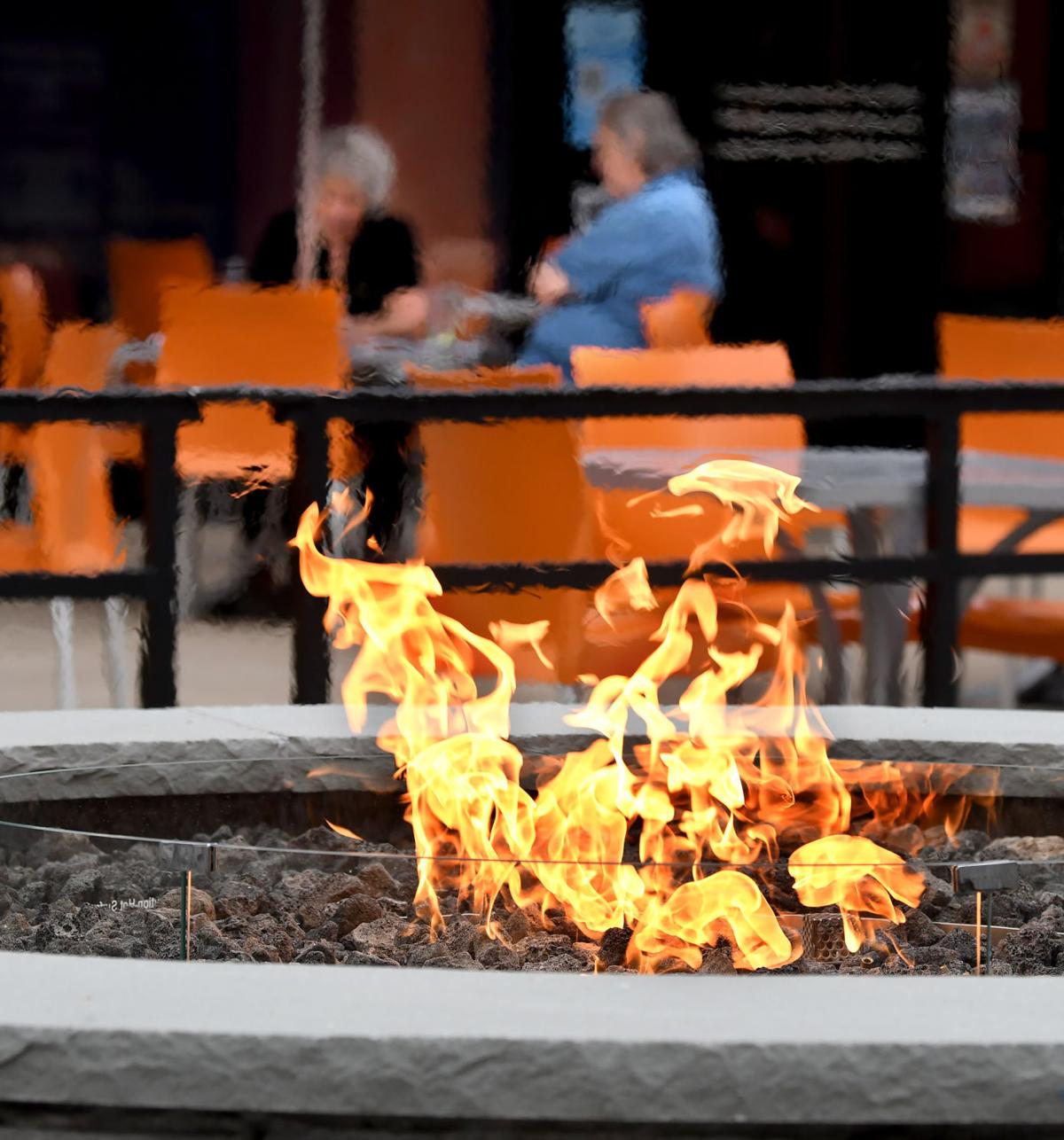 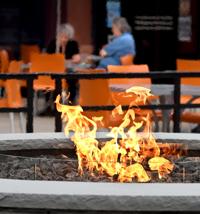 A pair of diners eats outdoors at Skipjack’s at Patriot Place on a mild night last September. 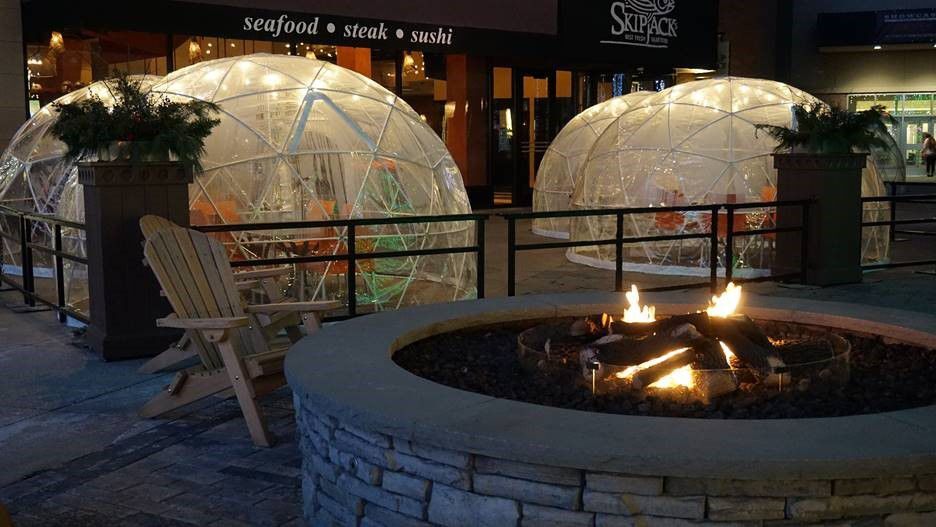 Some dining establishments at Patriot Place will now feature igloos for dining outside.

Davio’s at Patriot Place has been among those restaurants which have not had difficulty finding staff as business makes a comeback.

Meghan Croteau takes an order at Morin’s Diner in downtown Attleboro in May.

A pair of diners eats outdoors at Skipjack’s at Patriot Place on a mild night last September.

Some dining establishments at Patriot Place will now feature igloos for dining outside.

The “business of the American people is business,” Calvin Coolidge famously said. But what happens when there is no business to do?

As 2020 began, that seemed an unlikely question for the area to face. In February, the unemployment rate in Attleboro was 3.5 percent, according to the state’s Labor Department. In real terms that meant that out of a labor force of 25,885 people some 24,968 were employed. Jobless rates in surrounding communities were similarly low — mostly in the range that economists say constitutes full employment.

And while wages hadn’t quite rebounded from the Great Recession of 2008, one of the hot topics of discussion was the revival of American manufacturing, to the point where area companies’ major concern was recruiting enough workers with the right skills.

It appeared that the area was on a straightaway for a boom that would wipe away the last of shreds of the recession.

Then the coronavirus pandemic — and the state government slammed on the brakes. Beginning in March, Gov. Charlie Baker committed the entire state to an emergency shutdown, closing all “nonessential” businesses, including much of the area’s retail sector.

Commuter rail lots from South Attleboro to Mansfield, where the main problem had been overcrowding, were suddenly deserted as workers stayed home from their shuttered offices in Boston. And few people wanted to ride public transportation anyway.

The pilot station at Patriot Place in Foxboro also closed.

Unemployment rates that had hovered in the single digits around the area shot up into the mid-teens as companies furloughed workers they could not keep on the payroll. Retail hubs like Emerald Square, North Attleboro’s 30-year-old shopping mall, and Wrentham Village Premium Outlets, one of the region’s largest outdoor shopping meccas, were closed.

Plainridge Park Casino — the state’s first legal gaming venue — had been doing a steady if not spectacular slot machine trade. Gillette Stadium in Foxboro and the Xfinity Center in Mansfield usually drew tens of thousands of music fans for a schedule of concerts and other events over the summer, benefiting area restaurants and other businesses and providing revenue for their host communities through licenses and other fees. The venues would remain silent this season.

But it was small businesses that took the greatest hit, particularly the area’s many family-owned restaurants and taverns.

In Attleboro, the Pleasant Street Café wasn’t even able to bid its patrons farewell with a St. Patrick’s Day bash. Baker’s shutdown order went into effect March 16. Monique Laferriere, the manager, told a reporter from The Sun Chronicle that she was worried.

“Not about the virus, but about my fellow workers and the customers,” she said. “We are wondering how we are going to make ends meet. Hopefully it’s not forever.” (The café has since reopened.)

Other restaurants were planning to survive as best they could on takeout orders and the loyalty of patrons who had been dining with them for years.

John Morin, the fourth generation of his family to run the century-old Morin’s Hometown Bar & Grill in the center of Attleboro, was trying to adapt to rapidly changing conditions.

“Right now we are at almost an hour-to-hour basis. We are just playing it by ear,” Morin said.

Many business owners were hopeful that the shutdown wouldn’t last more than the initial period the governor had proposed: three weeks.

The Baker administration faced push-back from some business groups. Christopher Carlozzi, state director of the National Federation of Independent Business in Massachusetts, said, “Unfortunately, the prolonged Massachusetts shutdown has led to many shops and restaurants closing their doors permanently.”

In June, Baker allowed some businesses, including craft stores and clothing establishments, to reopen. And some area shoppers were more than willing to head out to engage in a little retail therapy. On one of the first days stores could open there was a line of about 70 people waiting to get into the HomeGoods in Plainville.

Several retail chains — including some with area locations including the mall — faced bankruptcy during the year. The operator of Ann Taylor and Lane Bryant filed for Chapter 11 protection. Ascena Retail Group Inc., based in Mahwah, N.J., which operates nearly 3,000 stores mostly at malls, had been dragged down by debt and weak sales for years.

Anthony Pietrantonio, 27, and his wife Kim, 26, had driven in from Blackstone the morning after getting an email from Kay Jewelers that it was reopening. The couple wanted to have their engagement rings cleaned.

“Not too much is open. We just wanted to see what stores were open and maybe not shopping-wise, but kind of look around a bit,” Pietrantonio said.

But the months-long closing had taken a toll on Emerald Square, which like other area malls has struggled in recent years. In November it was learned North Attleboro’s largest taxpayer had been placed in receivership by a federal court after its owners declared that the pandemic — and the closing of several stores — had made it impossible for the mall to continue to make mortgage payments.

However, the new management installed by the court expressed confidence about its future as it sought a new owner and the holiday shopping season approached.

“We want to assure shoppers that Emerald Square is open for business,” Kenneth Hamilton, site manager for JLL-Retail, the mall’s new manager, said.

The traditional holiday decorations stayed in storage, but there was an opportunity to take a photo with Santa Claus starting in late November as Macy’s, Sears and Penney’s reopened.

Nevertheless, North Attleboro officials have set aside $400,000 of local aid money from the state in an overlay fund, should the mall’s value as a taxpayer be affected.

In December, just as employment figures were creeping back to pre-pandemic levels (all area towns had dropped below double-digit unemployment rates by fall), businesses suffered another setback as the state rolled back some of its reopening rules in the face of a new spike in the virus. But there was also a note of hope as the Baker administration offered a new grant program offering small businesses that qualified up to $75,000 to keep the lights on.

Business people like Cecile Weeman, co-owner of the Mad Moose Saloon in downtown North Attleboro, hoped it would be enough. Still, she was worried.