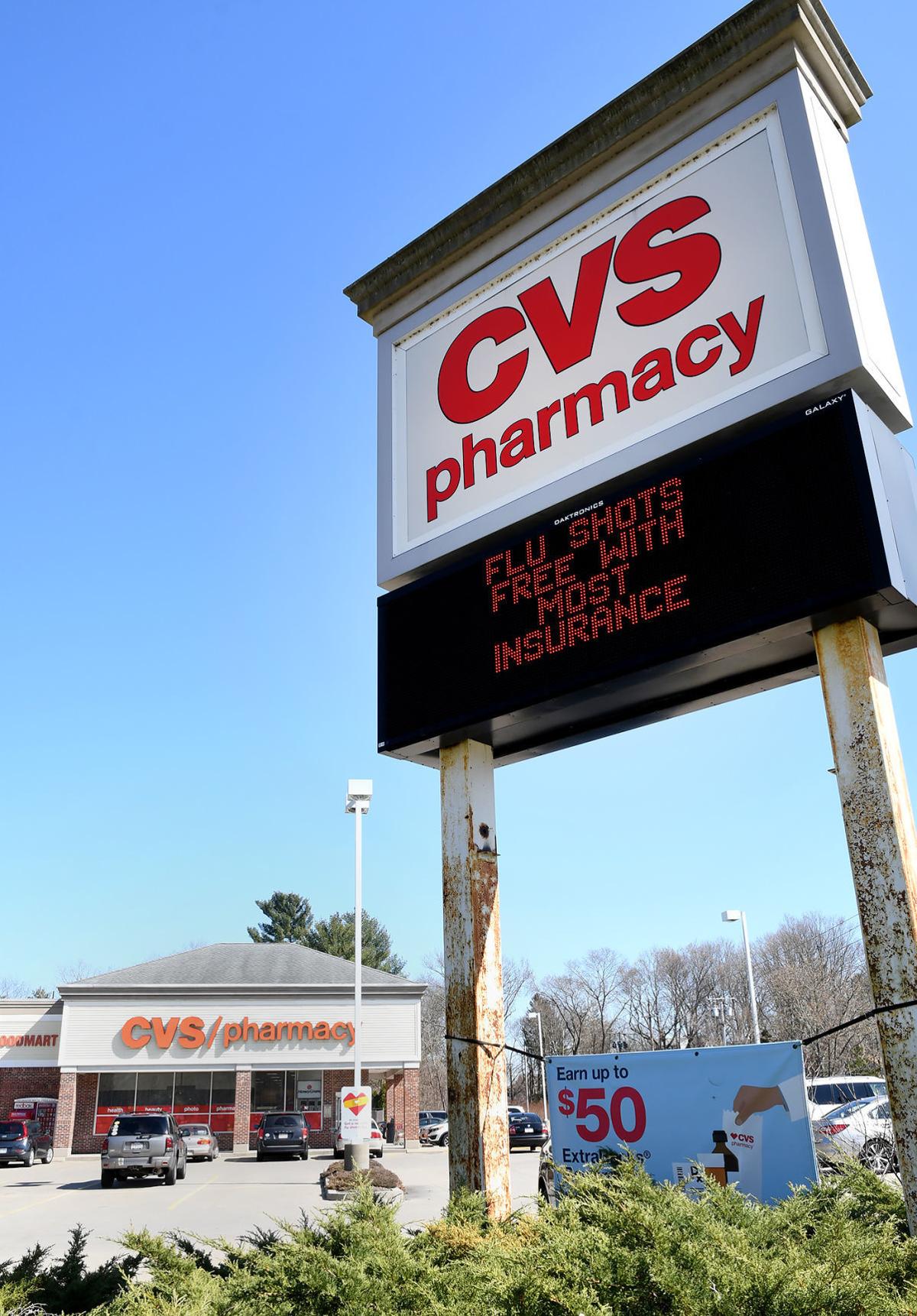 CVS is hiring about 50,000 workers nationwide to deal with increased business brought on by the coronavirus. Pictured is the company’s store on North Main Street in Attleboro. 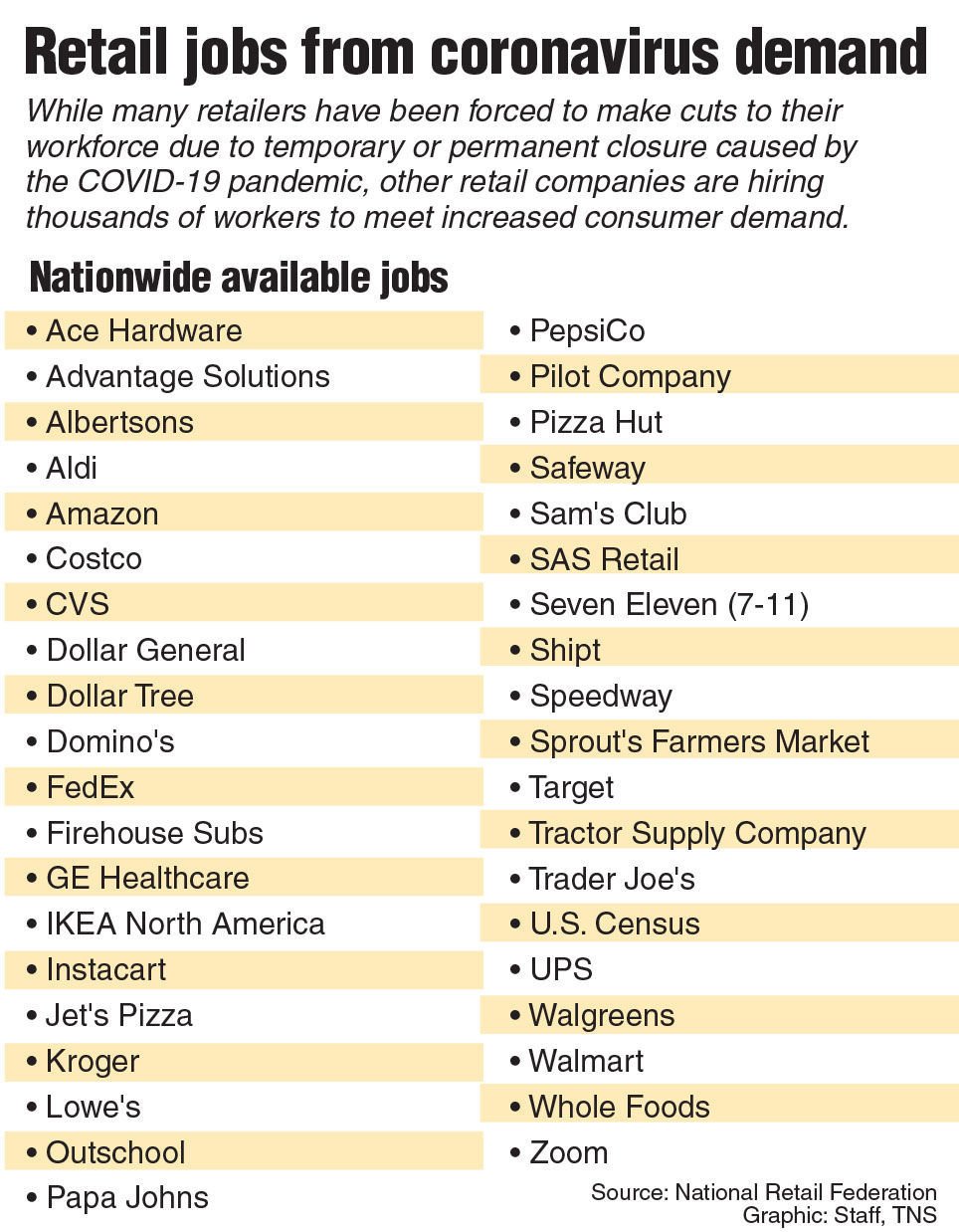 Nationwide companies that have announced plans to hire workers.

CVS is hiring about 50,000 workers nationwide to deal with increased business brought on by the coronavirus. Pictured is the company’s store on North Main Street in Attleboro.

Nationwide companies that have announced plans to hire workers.

Businesses have been shutting their doors left and right as the coronavirus takes its toll on the economy.

The state has ordered all businesses deemed nonessential to close, people are sheltering in their homes, and layoffs and unemployment claims have skyrocketed to record levels.

But there are some bright spots. Gasoline prices are falling sharply and traffic is lighter on area roads. And for another, some employers are hiring.

The healthcare industry — hospitals, clinics and pharmacies — is, not surprisingly, one of them.

Sturdy Memorial Hospital in Attleboro has not as of yet boosted hiring due to the virus pandemic, but that could change.

“Sturdy Memorial continues to fill its vacant positions. At this time, no additional hiring is being done based on the current situation,” Sturdy Vice President of Human Resources Carolyn Ross said. “We would hire additional temporary or regular-status staff, if necessary, to fill the need.”

CVS, however, with stores just about everywhere, is hiring about 50,000 workers nationwide to deal with increased business in light of the virus. The jobs include ones in TeleHealth, which doesn’t involve physical interaction with the public.

Amazon is looking to hire 100,000 employees to keep up with demand as more people search out items to be delivered to their home.

Walmart, which has stores in North Attleboro and Seekonk, is looking to add 150,000 employees through the end of May.

Shaw’s and Stop & Shop, which have supermarkets throughout the area, are also putting the call out for more workers.

And Dollar General, with stores in North Attleboro, Mansfield and Seekonk, is hiring 50,000 more employees. The chain’s business has picked up as customers search for more value in less-crowded locations than WalMart and other box stores.

Two popular pizza chains, Domino’s, which has locations in several area communities, and Papa John’s, with restaurants in Seekonk and Pawtucket, are also hiring thousands of employees as takeout orders surge with restaurants closed and people housebound.

The reason why some businesses are flourishing while others are laying off employees comes down to simple consumer spending, according to Jon Hurst, president of the Retailers Association of Massachusetts.

While that spending accounts for about three-quarters of the economy, overall spending has plunged in recent weeks.

Besides announcing 100,000 new jobs, Amazon is also raising pay for its U.S. employees by $2 an hour.

“We are opening 100,000 new full- and part-time positions across the U.S. in our fulfillment centers and delivery network to meet the surge in demand from people relying on Amazon’s service during this stressful time, particularly those most vulnerable to being out in public,” said Dan Clark, Amazon’s senior vice president of worldwide operations.

The Walmart positions will initially be temporary, but many will become permanent over time, the company said.

Its in-store and online shopping have ballooned with the virus pandemic.

Calling it “the most ambitious hiring drive in the company’s history,” CVS Health said it plans to immediately fill the jobs across the country to keep up with a demand for over-the-counter medicines, prescriptions and other items during the virus outbreak.

CVS also needs new employees for its drive-through sites, where people can be tested for the coronavirus.

CVS is even giving bonuses to in-store employees and offering help with childcare and elder care.

To fill 30,000 new jobs, Albertsons Companies, which owns Shaw’s and Star Market, is working with 17 companies that have had to furlough and/or cut the hours of their employees, according to a news release. They include Hilton, Marriott International and Regal Cinemas.

Dollar General stores have been so busy they have been closing an hour earlier than usual to allow employees to clean and restock store shelves.

Companies have also been hiring as they add special hours for senior citizens and others most susceptible to the virus.

The 100 Domino’s in the Greater Boston area are looking to hire 500 employees, including delivery drivers, managers, assistant managers, and customer service representatives, according to a press release.

And it’s not just local stores and takeout restaurants that are on the hiring hunt.

The Charlotte, N.C.-based company is expanding its manufacturing operations to produce millions of the highly sought after n95 face masks.

The disposable respirators will be delivered to the U.S. Department of Health and Human Services for distribution to health, safety and emergency response workers.

For Massachusetts veterans and military personnel, a virtual job fair was held Thursday and involved many businesses. In normal times, it is held at Gillette Stadium in Foxboro.

Prospective job seekers at Shaw’s are asked to apply online or visit stores in person.

“Just don’t offer to shake hands so we can maintain social distancing,” the store said.