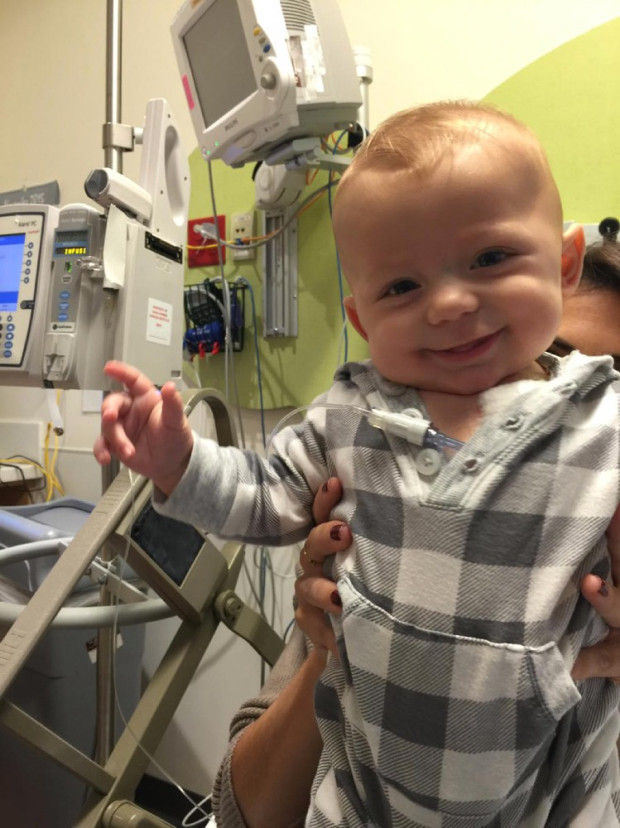 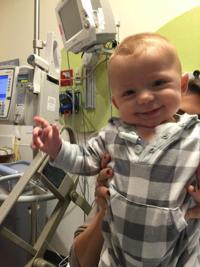 Nate Solder tweeted this photo of his son Hudson, who is battling kidney cancer, thanking supporters on Monday after the Gratitude Gala for the Joe Andruzzi Foundation. 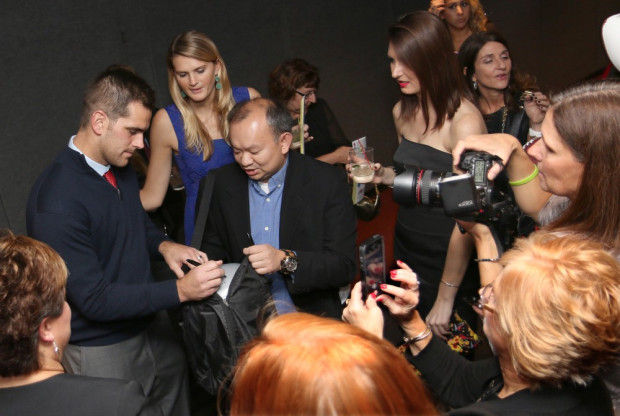 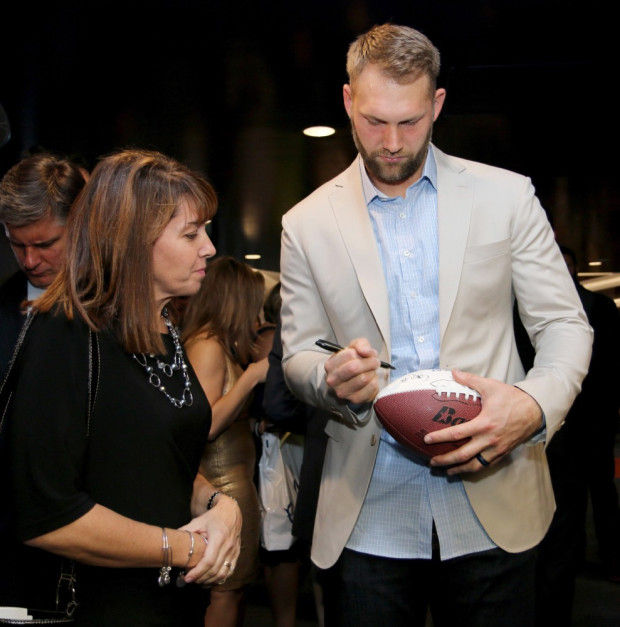 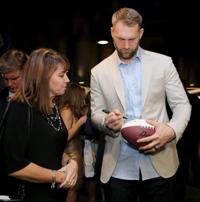 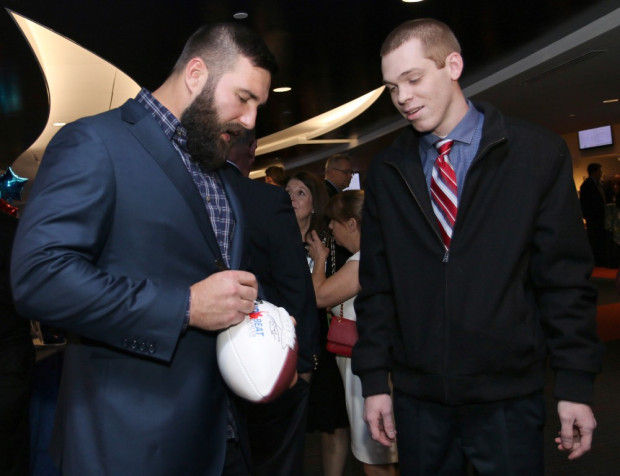 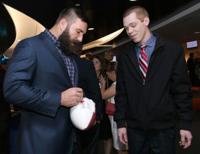 Nate Solder tweeted this photo of his son Hudson, who is battling kidney cancer, thanking supporters on Monday after the Gratitude Gala for the Joe Andruzzi Foundation.

FOXBORO - What has always been a fun-filled, entertaining annual gala to benefit The Joe Andruzzi Foundation, took on a more somber tone Monday night when New England Patriots left tackle Nate Solder disclosed that his infant son has cancer.

Solder, 27, who last year beat testicular cancer, was the keynote speaker at The Gratitude Gala, held at Gillette Stadium in Foxboro.

The 6-foot 8-inch offensive lineman, who is on injured reserve with a torn biceps, said he was hesitant to speak about his son, who has nephroblastoma with Wilms' tumors in each of his kidneys, but his wife, Lexi encouraged him to do so.

"We do not believe in accidents or coincidences," he told the hushed crowd. "Tomorrow, somebody else will receive the exact same news. Maybe knowing someone else is going through the exact same thing, you can be a source of comfort and strength."

Solder said that on Oct. 19, while he was bathing Hudson, he felt a "strange bulge" on his side. After a phone call to his son's pediatrician and a visit to a radiology lab, his son was taken to Children's Hospital, where, to date, he has received four chemotherapy treatments and has 15 more to go.

"For the last few years, I've been at this event sitting and watching families tell their stories about The Joe Andruzzi Foundation and how it's helped them. You never know if it's going to be you up here telling your story. Life is unpredictable and we will all be affected, in one way or another, by the devastating effects of this disease," Solder said. "All we can do is rally around each other in the tough times. That's what The Joe Andruzzi Foundation is all about."

He added: "With the theme of the night being gratitude, we are thankful for our beautiful son, our loving friends and family, caring coaches and teammates, and the exceptional doctors and nurses we're so fortunate to have at Boston Children's Hospital."

Solder received a standing ovation, and the hundreds of people in attendance seemed more revved up than ever to bid on live auction items to help raise money for the foundation, which last year brought in more than $900,000. Andruzzi said that he was hoping to surpass $1 million at last night's event, but a final tally wasn't available at press time.

A private cocktail reception for 25 people at Davio's at Patriot Place netted $15,000, and an eight-day Tuscany getaway for two brought in $10,000. Dinner at Maggiano's with the Patriots' offensive line also brought in $10,000, and a "punt, snap and kick" practice for eight with Patriots players Joe Cardona, Ryan Allen, and Steven Gostkowski, went for $8,000.

The highest bid was for a five-hour party for 24 people aboard a custom refurbished 1983 Airstream with Patriots' backup quarterback Jimmy Garoppola and center Bryan Stork tending bar. It netted $23,000, but since there was such an intense bidding war, two outings were auctioned off, raking in $46,000 for the foundation.

Dan Kraft, president of Kraft Group International, said he is impressed with the way The Joe Andruzzi Foundation gives back to the community.

"When someone is going through something like cancer, life doesn't stop. There are still day-to-day things that need to get done, like paying bills, doing chores this foundation addresses those things and helps people in very real ways," said Kraft, who with his wife, Wendy, serves on the foundation's board of directors. "It's a unique charity."

Amanda Conte, 22, of Mansfield, said her bout with cancer last year was made much more doable thanks to the help she received from The Joe Andruzzi Foundation.

"What they do it can be a life changer when there aren't a lot of options," said Conte, a nursing student at the University of Massachusetts at Dartmouth who works part-time as a patient care assistant at Sturdy Memorial Hospital in Attleboro. "I'm happy to be here to support an organization that helped me so much in times of need."

The foundation was started in 2008 by Andruzzi and his wife, Jen, after the three-time Super Bowl champion waged - and won - a battle with Burkitt's lymphoma, an aggressive form of non-Hodgkins lymphoma.