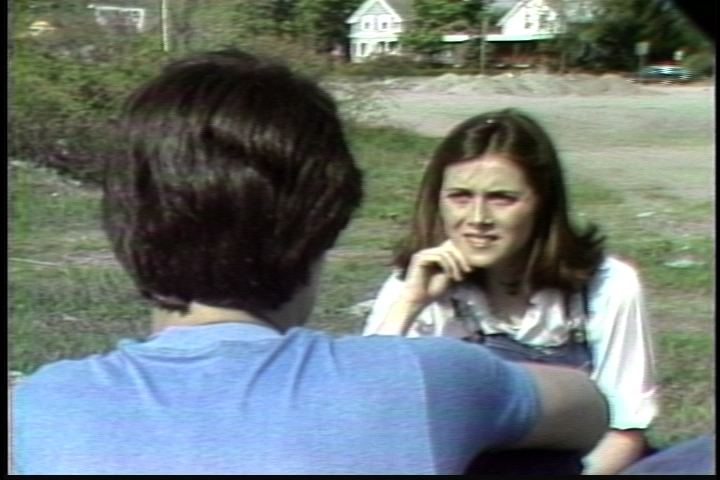 Then-WJAR-TV news reporter Meredith Vieira interviews an Attleboro High School student on reports of rampant drug use on the school's campus in 1979. (Photo courtesy of the "tipPit" documentary and WJAR Channel 10) 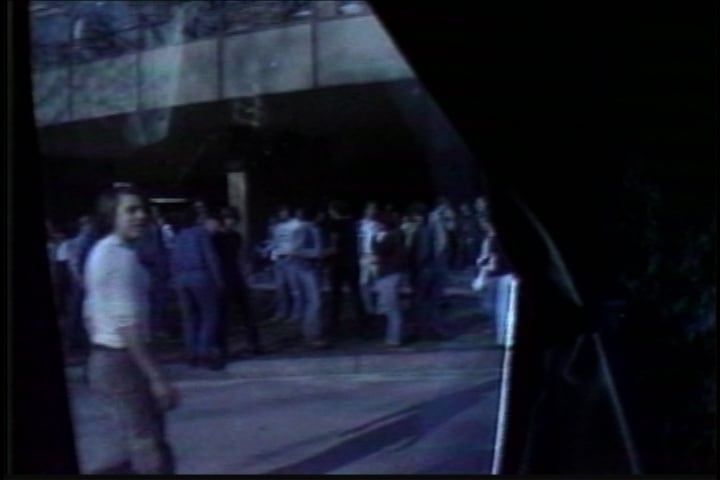 A photo taken from film a hidden camera took inside an undercover van used for the assignment. (Photo courtesy of "tipPit" and WJAR Channel 10) 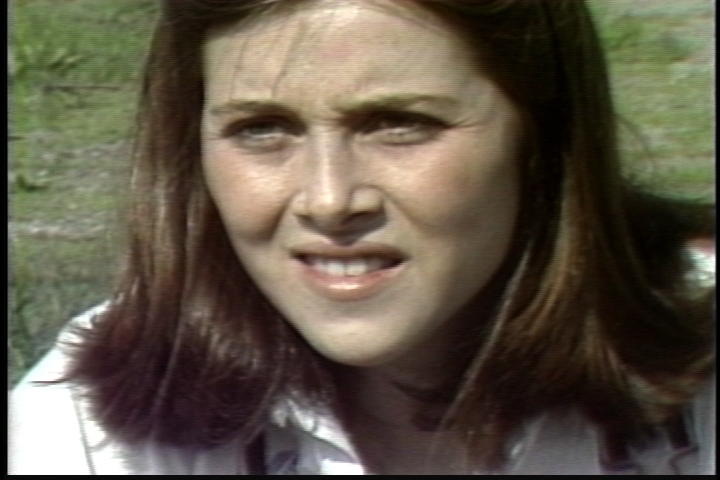 Then-WJAR-TV news reporter Meredith Vieira listens during an interview with an Attleboro High School student on reports of rampant drug use on the school's campus in 1979. (Photo courtesy of the "tipPit" documentary and WJAR Channel 10)

Then-WJAR-TV news reporter Meredith Vieira interviews an Attleboro High School student on reports of rampant drug use on the school's campus in 1979. (Photo courtesy of the "tipPit" documentary and WJAR Channel 10)

A photo taken from film a hidden camera took inside an undercover van used for the assignment. (Photo courtesy of "tipPit" and WJAR Channel 10)

Then-WJAR-TV news reporter Meredith Vieira listens during an interview with an Attleboro High School student on reports of rampant drug use on the school's campus in 1979. (Photo courtesy of the "tipPit" documentary and WJAR Channel 10)

ATTLEBORO — In 1979 hair was long, marijuana cost $20 a bag and drugs flowed freely among students in many school systems.

According to reports at the time, nowhere was that scenario more evident than at Attleboro High School, where marijuana was smoked openly outdoors during school hours — sometimes with teachers looking on.

Reports of a rampant drug culture at the school attracted the attention of then-WJAR TV news reporter Meredith Vieira who attempted to document the drug scene with student interviews and a hidden camera.

But Vieira unwittingly became part of the story when she unblinkingly broadcast student claims of “200 drug dealers” at the school, and students rocked a hidden camera van so hard some feared it might tip over.

Now the offbeat story of marijuana smoke, journalistic ethics and the changing lives of the students involved has taken the form of a 30-minute documentary produced by a former school committee member and a local filmmaker.

“tipPit,” is the work of Frank D’Agostino, a former Attleboro School Committee member, and Tristan Rudat, a local videographer and music video producer.

Named partly for “The Pit,” the outdoor area near the school entrance where students were known to smoke, and the incident in which students came close to tipping over a van occupied by a news cameraman, tipPit uses archival footage and interviews with long-time Channel 10 news anchor Frank Colletta, school officials and former students to explore all sides of a tiny moment in time that now looms larger in cultural memory.

Colletta recalls on camera how his station received a tip of students baking up openly at the school. He largely sticks up for Vieira, a “good reporter” who went on to fame as co-host of NBC’s Today show and moderator of The View.

Ron Struminski, a retired broadcaster who was the school’s assistant principal at the time, feels differently about what happened.

“Every time I see her (Vieira), I have to change the channel,” he said.

But Rudat and D’Agostino go beyond he said/she-said, with interviews from high school students of the time — now in their mid-50s — who cheerfully share their memories of toking before and after class and the rocking incident that almost got out of control.

In the interviews, former students — all males — attest to smoking on a daily basis at school, in some cases in view of teachers.

All the puffing went virtually unmolested until the fateful day someone peered in the window of a van parked on school property and discovered it contained a news cameraman filming them surreptitiously.

When the student sounded the alarm, it brought a swarm of other teens who surrounded the van and started rocking it violently.

Some who were there, including former student Joe Hudson, became alarmed when it seemed the vehicle’s wheels were coming off the ground.

One former student remembers a panicked Vieira running onto the scene and shouting at the teens: “You’ll kill him,” referring to the cameraman helpless inside the truck.

The kids eventually backed off, and to the best of the knowledge of subjects interviewed, no charges were ever brought.

But tipPit is about more than a long-ago act of teen rebellion against parents and authority.

Looking at 1979 and themselves in retrospect, the adults interviewed for the film remind us how much they, society and the lives of teens have changed through the passage of more than 30 years.

Many of the men say they still light up an occasional joint, a testament to how thoroughly America lost the war on drugs.

Most of those interviewed betray no regret about the high life they lived at the time and since, although one ex-student said he might have done better in life had it not been for all the drugs.

Most revealing, though, is when the former students step into the roles of parents.

When the subject of their children and drugs comes up, one of the men says flatly: “My kids don’t do that.”

Disappointingly,  D’Agostino flubbed a chance to grill Vieira on her report during a brief interview in Rhode Island in which she brushes him off dismissively.

No matter, tipPit’s provocative and often humorous exploration of a little known incident coupled with imaginative editing and fast pacing make for an entertaining and informative experience.

tipPit will have its public premiere at 7 p.m. July 20 at the LaSalette Shrine welcome center, where admission will be $5.  Proceeds go to the shrine.

I was there in the mid 80's- '85 and '86 and people were still smoking pot openly in the pit. But I don't think it was as prevalent as it was in earlier years.

Vietnam Construction Investment and Development Joint Stock Company is a pioneer in designing and constructing nha lap ghep. The nha lap ghep is not too complicated, including frame, roof, door, enclosure, ceiling and accessories. Contact IDC to get latest price list of nha lap ghep. We guarantee to bring the best quality for your money. Website: http://nhalapghep.net