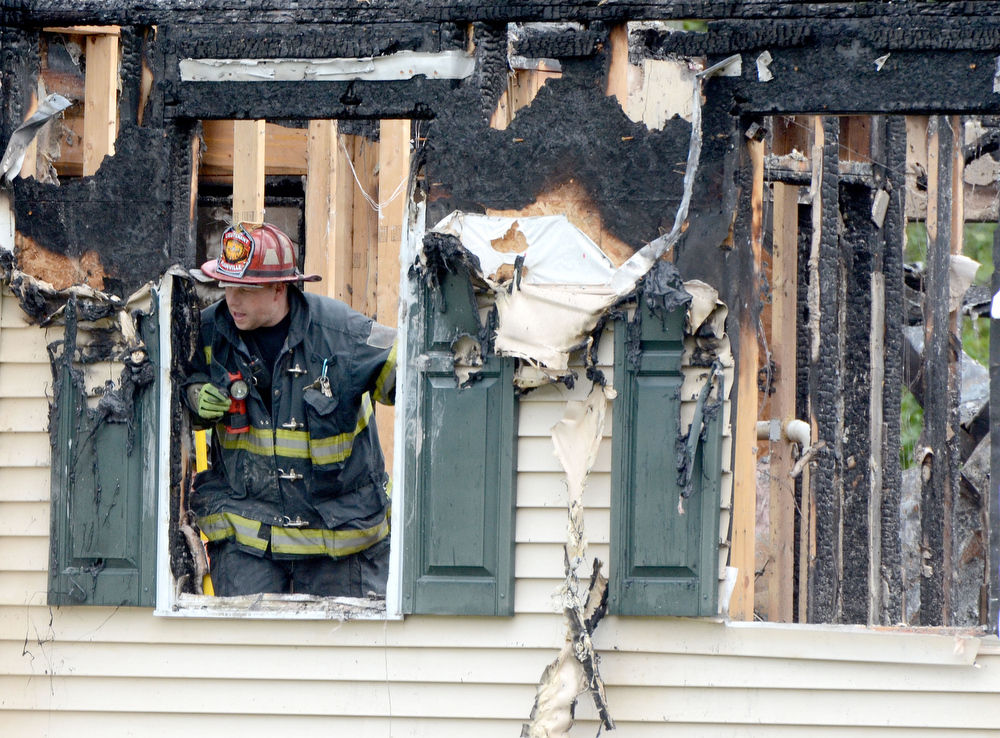 A Plainville fire lieutenant looks out of 25 Bridle Path in Plainville where a plane crashed into it Sunday. 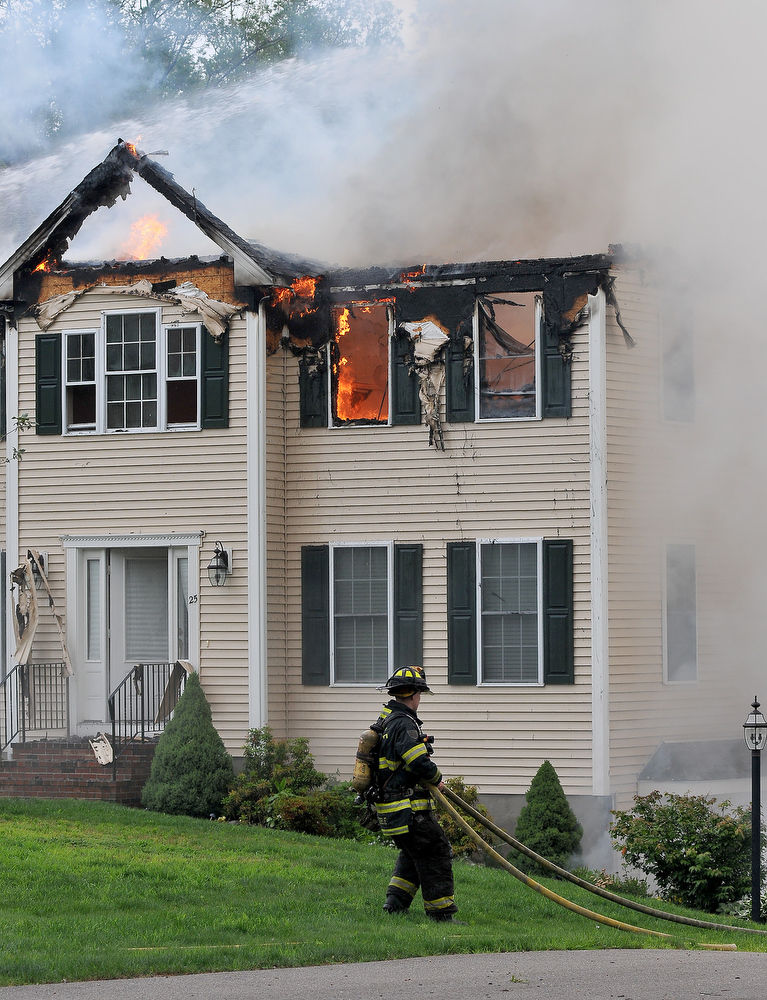 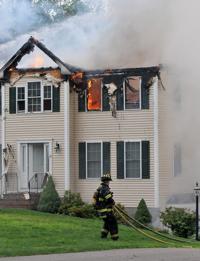 A small plane crashed into a home at 25 Bridle Path in Plainville early Sunday night. Occupants of the home escaped uninjured.

A Plainville fire lieutenant looks out of 25 Bridle Path in Plainville where a plane crashed into it Sunday.

A small plane crashed into a home at 25 Bridle Path in Plainville early Sunday night. Occupants of the home escaped uninjured.

PLAINVILLE — The engine used in the aircraft that crashed into a Bridle Path house, killing the plane’s three occupants, was part of the same family of engines that suffered a series of crankshaft failures in 1999.

An investigator from the National Transportation Safety Board probing the wreckage of Sunday’s crash reported finding a hole in the crankcase of the engine, although the NTSB has yet to assign a cause for the accident.

Dr. Joseph Kalister, the pilot; his wife, Betty; and their daughter, Nicole, were killed when their single-engine Beechcraft lost power and crashed into a house at 25 Bridle Path.

Just before the crash, Kalister radioed air traffic controllers that he was losing power, had a bad vibration and that he finally lost engine power.

Shortly after that, the plane crashed into the house about 5:45 p.m. Sunday, bursting into flames.

Four occupants of the dwelling, Aaron Rice; his wife, Carol; their two sons and family pets managed to escape unharmed.

The Kalister family was from Knoxville, Tenn., and was coming to Massachusetts to visit Northeastern University in Boston, where Nicole was enrolled as a freshman. The plane was bound for Norwood Municipal Airport, about 15 miles from the crash site.

According to FAA registration records, the aircraft was powered by a Continental IO 550 engine, a 280-horsepower, six-cylinder powerplant. The IO 55O is among a family of engines manufactured or rebuilt from 1998 to 2000 that was subject to an FAA emergency airworthiness directive because of metal defects in a connecting rod journal.

“This condition, if not corrected, could result in crankshaft connecting rod journal fracture, which could result in total engine power loss, in-flight engine failure and possible forced landing,” the 2000 FAA directive reads.

The FAA reported finding at least 13 cases of crankshaft failure beginning in late 1999.

The remedy called for by the FAA at the time was to take a core sample from the crankshaft propeller flange to check for defects and to replace any crankshaft that turned out to be unserviceable.

It is not clear when the engine in the Kalister plane was manufactured or whether it was among those subject to the inspection and repair directive.

Representatives of Teledyne Continental, the manufacturer, did not return a phone call from The Sun Chronicle Wednesday.

Local aircraft repair technicians were reluctant to speculate on the cause of the crash.

“There could be a thousand possibilities,” one mechanic said.

Aircraft maintenance expert Mike Busch of Savvy Aviator Inc. wrote on the Aircraft Owners and Pilots Association’s website that crankshafts usually fail because of one of three factors: early failure because of improper materials used in manufacture, failures due to the airplane’s prop striking a foreign object or oil starvation and/or bearing failure.

However, he wrote that catastrophic failures due to prop strikes have declined as the danger from such causes has become more recognized.

NTSB spokesman Keith Holloway said it is too soon to speculate on what might have caused the aircraft to lose power, and that the engine will be sent to the manufacturer for inspection. The airplane’s maintenance and inspection records will also be looked at, he said.

“Since the investigation is still in the preliminary stage and the information provided is factual only, we tend not to elaborate on what impact these facts will have on the investigation,” Holloway wrote in an email. “Any additional information at this point from the NTSB would be speculative and we do not speculate but go where the facts lead.”

NTSB: Hole found in engine of plane that crashed into Plainville home, killing 3 on board

PLAINVILLE — The pilot of a single-engine airplane that crashed into a house, killing the th…

You want to book ve may bay gia re online? Want to own ve may bay most quickly? Ticket booking system online Etrip4u constantly updated prices, online in real time will help you save a lot of time and effort. Etrip4u confident will bring satisfaction and contribute a small part to the success of our customers.

How to own most simple airfares, online ordering and rapid procedure? Etrip4u is ecommerce floor offers airline tickets, tours, hotel rooms and booking service, car rental car Quality Online, Cheap. Flexible payment. Etrip4u with over 15 years experience in the field of tourism, airfare committed to experience the most wonderful tour for you.

Although newly developed by Vietnamese IT engineers for a few years, Salekit has gathered many advantages of other phan mem quan ly ban hang. Phan mem quan ly ban hang makes it easy to manage customers effectively, orderly, track behavior, frequency of purchases ... Salekit meets the criteria of moderate price, diverse functions, in line with the requirements of new startups and developers.Website: https://salekit.vn/